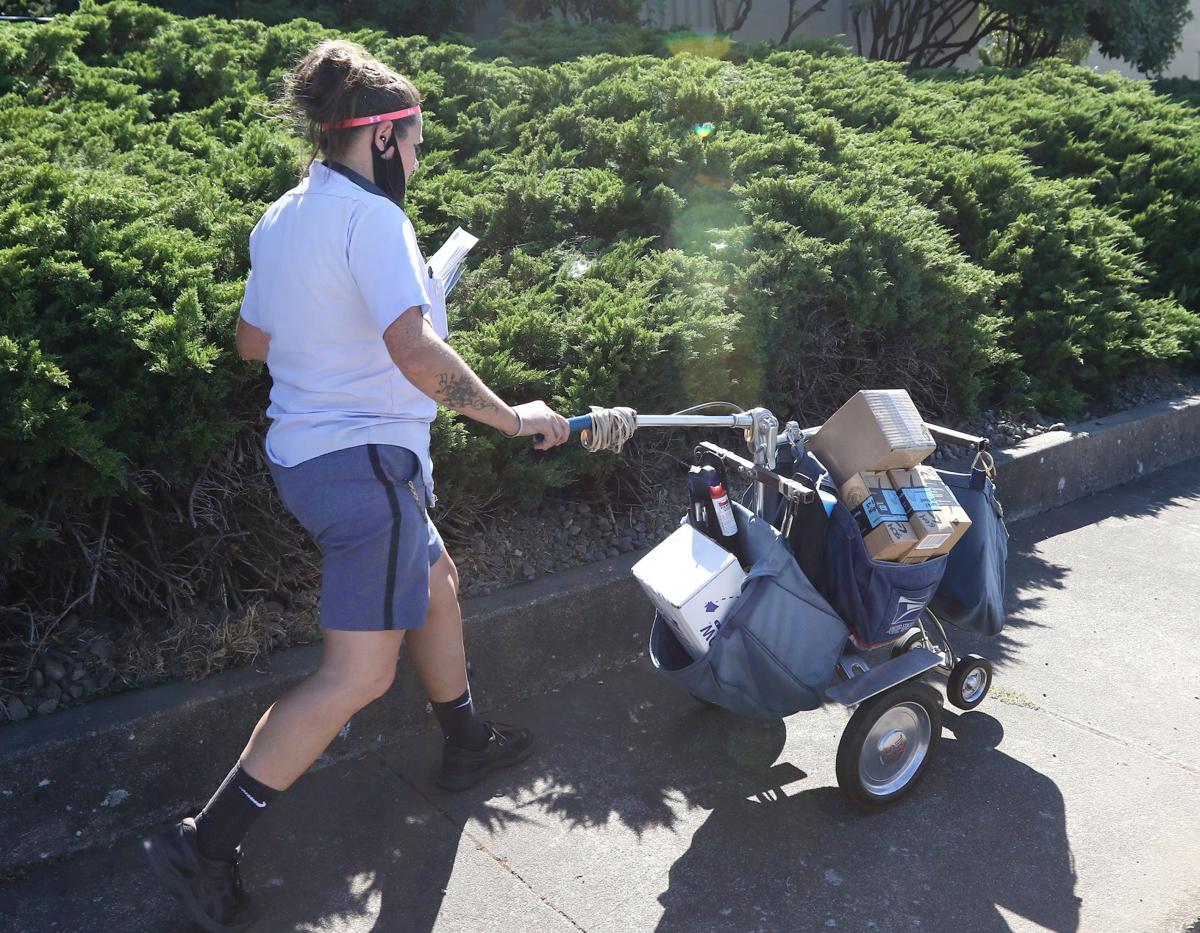 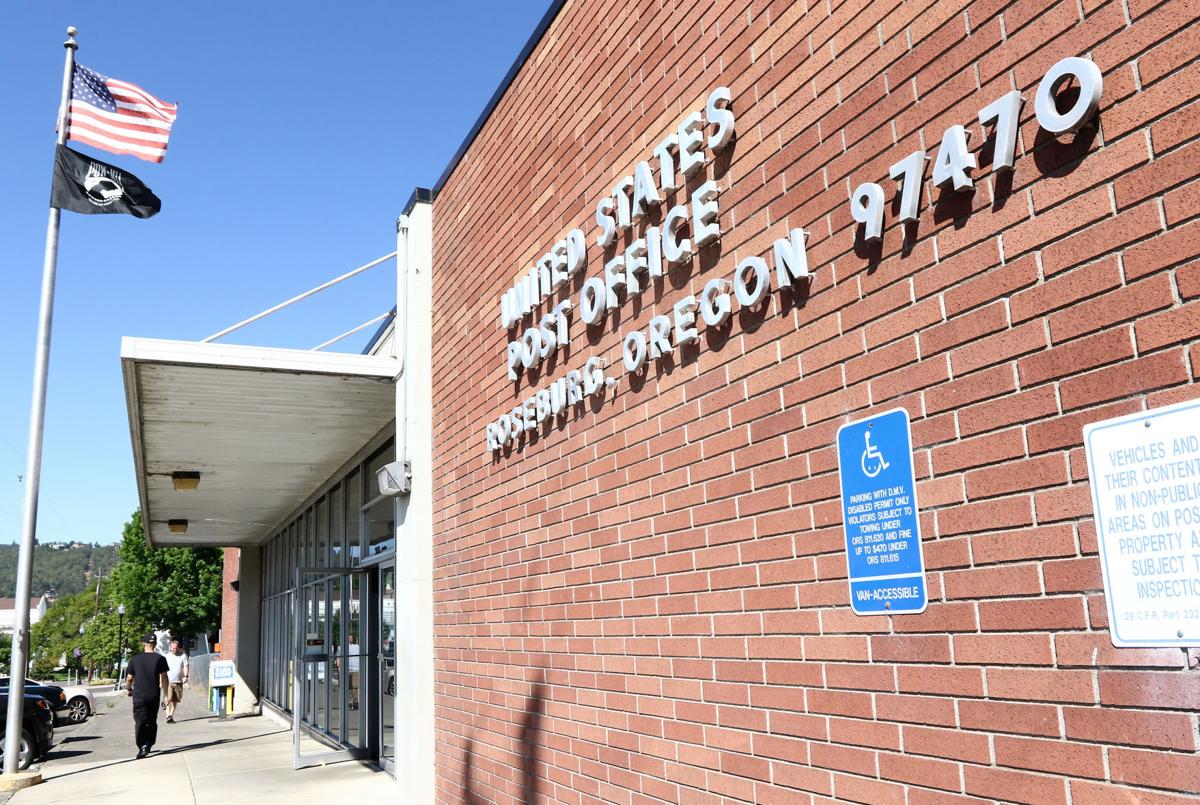 People head to and from the Roseburg Post Office in downtown Roseburg on Friday. 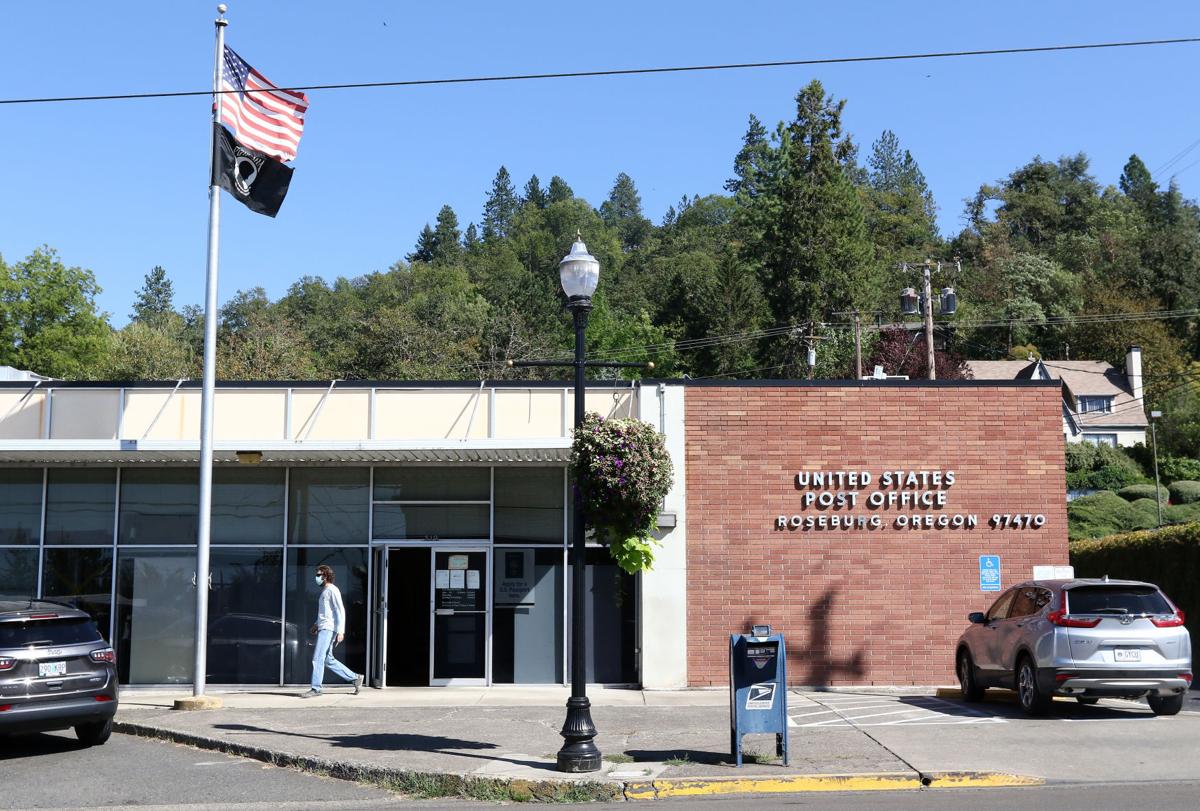 The Roseburg Post Office in downtown Roseburg on Friday.

People head to and from the Roseburg Post Office in downtown Roseburg on Friday.

The Roseburg Post Office in downtown Roseburg on Friday.

Oregon made national headlines last week after photos circulated of blue deposit mailboxes being removed from Portland and Eugene.

The United States Postal Service maintains that the removals were concentrated in those two cities but, according to one postal worker, the removals may have reached Southern Oregon.

A spokesman for the USPS in Oregon, Ernie Swanson, told Willamette Week last Thursday the agency removed four blue boxes from Portland and 27 from Eugene.

He said there have been no removals in Douglas County. Carter Clark, postmaster for Roseburg, declined to comment for this story.

“At this point, it’s only in Portland and Eugene,” Swanson told The News-Review on Friday. “And it’s possible we may have to expand it, but those are the key areas at this point.”

Swanson said the mailboxes were being removed as a result of declining mail volume during the pandemic. He said that only mailboxes were removed from clusters of two or three sitting side by side.

“We want to continue to provide an opportunity for customers to drop their mail off, and they’re accustomed to using that particular location so we don’t remove them all together,” Swanson said. “We just remove the boxes that we feel that we no longer need.”

Postmaster General Louis DeJoy said he would “suspend” several of his initiatives — including the removal of the distinctive blue mail boxes that prompted an outcry — until after the election “to avoid even the appearance of impact on election mail.”

Jeremy Schilling, president of the American Postal Workers Union in Southern Oregon, said he has seen unexplained delivery boxes sitting in a parking lot in Medford. Schilling oversees post offices throughout Jackson County, and the APWU has offices in Portland and Medford.

Schilling said when he went to the Medford postal processing plant last Thursday evening around 6 p.m., he saw something peculiar in the area’s largest facility: several mail deposit boxes.

“As I pulled up, I noticed that in one of the little chained-off equipment areas were blue drop boxes. And I didn’t think much of it other than that I had never seen that we stored excess blue boxes, or that such a thing even existed,” Schilling said.

He didn’t take any pictures, and said it was only when he got home and saw the breaking news about removals in Portland and Eugene that he wondered if there was a connection.

“I have not had an opportunity to confirm that has happened here, but my own just anecdotal worldview, it looks like it’s happening here,” Schilling said. “It seems really weird, right? That I’ve never seen these mailboxes in a place that I’ve been to 100 times, and I get home at night and I see news stories about it?”

Schilling also said he has seen a huge uptick in rural mail volume in the area since the pandemic began. Rural residents in isolated areas rely on the post office for delivery of medications and other packages.

Citing declining mail volume in the age of email exacerbated by COVID-19, the USPS has also begun removing mail processing machines across the country, according to internal documents obtained by CNN and Vice.

These machines include the Advanced Facer-Canceler System for organizing mail, and the Delivery Bar Code Sorter.

An internal email obtained by The News-Review dated July 29 from the United States Postal Service plant in Medford confirmed the intended removal of one AFCS Legacy processing machine, leaving the plant with one. It also said they will remove one of their five DBCS machines.

As photos of trucks loaded with blue boxes in Portland and Eugene went viral on Thursday, many were quick to connect them to President Trump’s public statement about the USPS that morning in an interview with Fox Business Network’s Maria Bartiromo.

Democrats in Congress are seeking $10 billion in funding for the Postal Service as part of the COVID-19 response bill, according to The Associated Press. Trump said he didn’t want additional funding to the Post Office because he thinks voting by mail is not accurate.

Oregon has voted entirely by mail since 2000.

Swanson said that the removals in Portland and Eugene should not affect the election, because Oregon has easy to process envelopes. He recommended that voters check the pick-up time on the mail deposit box, to make sure it is before the deadline.

Schilling said they can still handle the ballot volume.

“That’s our jam, OK? I’ve done a couple of presidential elections now, and this is where we shine,” Schilling said. “We are so proud to be Oregonians that do mail in voting, we hang our hat on our statewide voting statistics and we are happy to be a huge part of it. And we are ready to rock it this fall.”

He said that individuals can help the post office by paying attention to local candidates and national policy year round, not just during a presidential election.

“The Postal Service has been under attack for considerably longer than President Trump has been in office. And even if President Trump is out of office in November, the powers that be are still going to try to dismantle the Post Office because it enjoys way too much of the market share of a trillion dollar industry,” Schilling said. “And it’s a service, not meant to make a profit. Just let it be.”

Not only must DeJoy abandon his removal of mail drops and decommissioning sorting machines, he's been ordered to undo what's been done. The mail drops must be put back, the sorting machines re-installed so mail flow comes back to normal.

Frankly, the ploy of a plan being in place to gut the Post Office, the argument of less mail during the pandemic, is nothing more than subterfuge on Trump's agenda of "How to Become A Dictator". It's time to overwhelm Trump with every force of our Constitution of Law.

Let's see: established even before we had a Constitution, is *the* federal agency established *in* the Constitution, has served all Americans for centuries, is trusted by more than 90% of us, and is the lifeline of veterans, seniors, and everyone, really--and the lifeblood of democracy. No wonder Trump hates it.