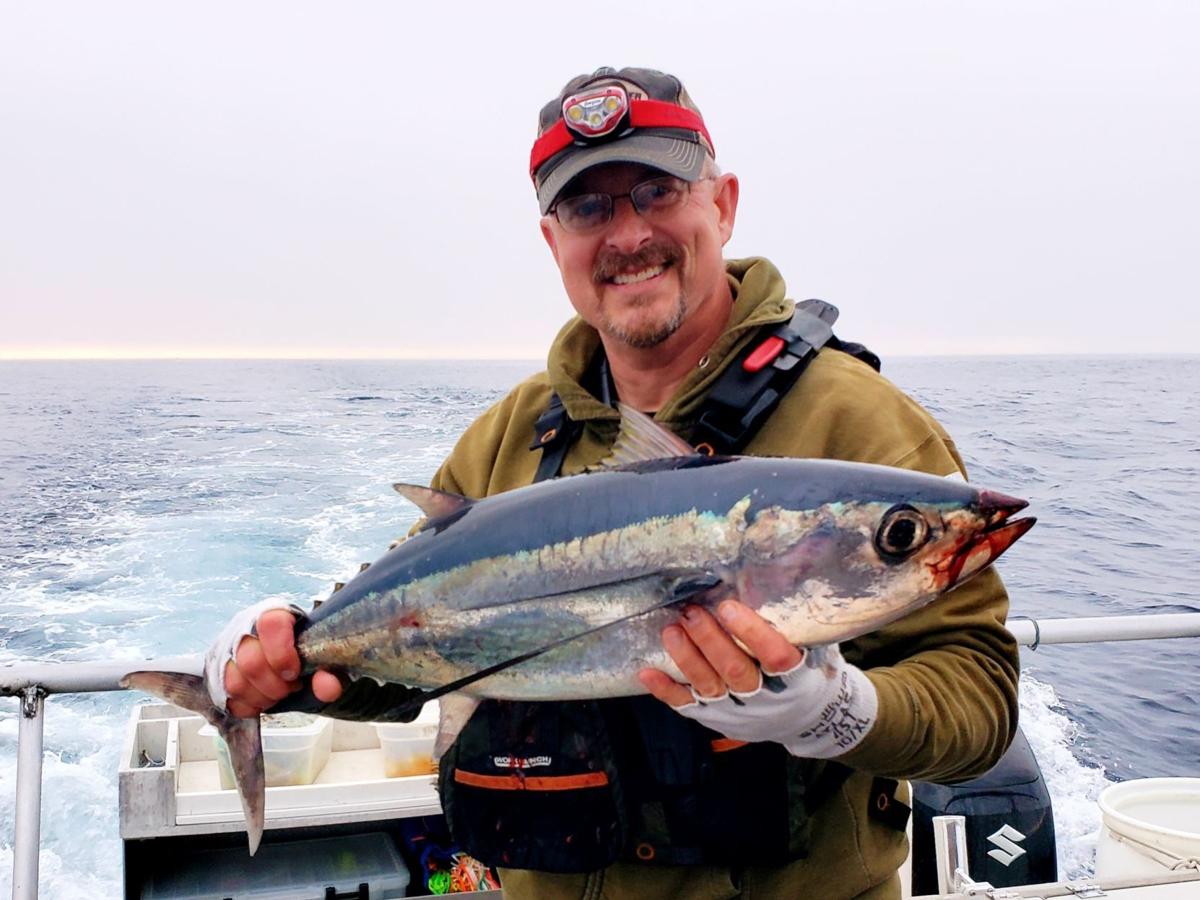 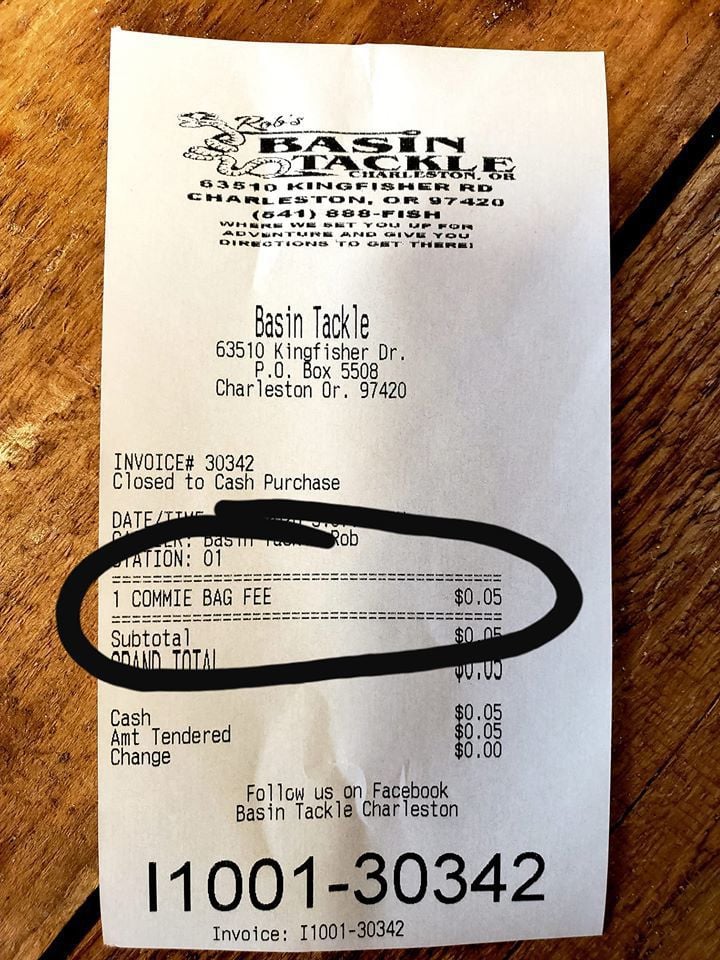 The owner of Basin Tackle in Charleston plans to send the money he collects from the state-mandated bag fee, indicated here on a receipt from his story, to organizations like Timber Unity.

CHARLESTON — On Jan. 1, Rob Gensorek of Basin Tackle in Charleston had to stop providing plastic bags to his customers and start charging them at least 5 cents for every paper bag they took out of the store.

The bag ban and the fee are both part of a new state law that took effect at the beginning of the year.

But Gensorek has come up with a novel way to protest.

He plans to donate every nickel he collects for those bags to organizations on the opposite end of the political spectrum from those who ushered in the new bag law.

Gensorek will donate his January bag fees to Timber Unity, the group that led the June protest against a proposed climate bill.

“It was the first one that came to my mind that would probably be the biggest bee in the bonnet of the state Legislature. I’m just being a jerk,” Gensorek said.

The new law bans single-use plastic bags but allows stores to provide paper or reusable bags, including thicker plastic bags. The catch is that stores are required to charge their customers 5 cents per bag. The fee is intended to encourage customers to bring their own bags. If they do that, they don’t pay the fee.

The 5 cents isn’t a tax. The money doesn’t go to the state. Many store owners will simply use the fees as compensation for the higher cost of providing other types of bags. Gensorek provides paper bags that cost him between 3.5 and 5 cents apiece, but said he plans to send the full 5-cent mandatory charge to Timber Unity anyway.

“I just don’t like the government telling me as a business entity what to do, inasmuch as what I feel they’re doing is they’re kind of putting me in a position where I’m forced to enforce their social agenda,” he said.

He also said he’s grossed out at the thought of handling people’s reusable cloth bags.

After Gensorek posted his plan on Facebook, complete with a photo of a receipt listing 1 COMMIE BAG FEE $0.05, he received about 500 comments.

Many suggested the new law was stupid or harmful.

“Does anybody have any black tea? Cases of it?” wrote Brian Conley.

Others suggested less controversial donation recipients such as veterans programs and after school sports programs.

Gensorek said he will pick a different organization each month to receive his bag fee money. Next month he’s considering donating to the National Rifle Association.

Sen. Dallas Heard, R-Winston, was among a host of legislators and others set to address the crowd at a massive rally against proposed carbon l…

I agree with rob.

I don't think the issue is clean oceans. I think everyone can agree that is a good thing. The problem is Government needs to keep their nose out of private business. What right does Government have telling any business what they have to charge for or not. Rob's a good man. I agree with what he is doing. He may want to put OFF or the SAF on his list of donations.

"'I'm just being a jerk,'" Gensorek said." That pretty much sums it up. The irony is that his business depends on a healthy ocean (as do all of our lives). Deliberate ignorance and deliberate jerkitude are dangerous.

I will make it a point to visit next time I get to the south coast. Some scientist studies indicate paper bags create a much greater carbon footprint than do the plastic bags, but that doesn't seem to matter. If you follow the money, China is a large producer and exporter of paper bags. Wonder who they go to? We all know China needs money to build islands and aircraft carriers.