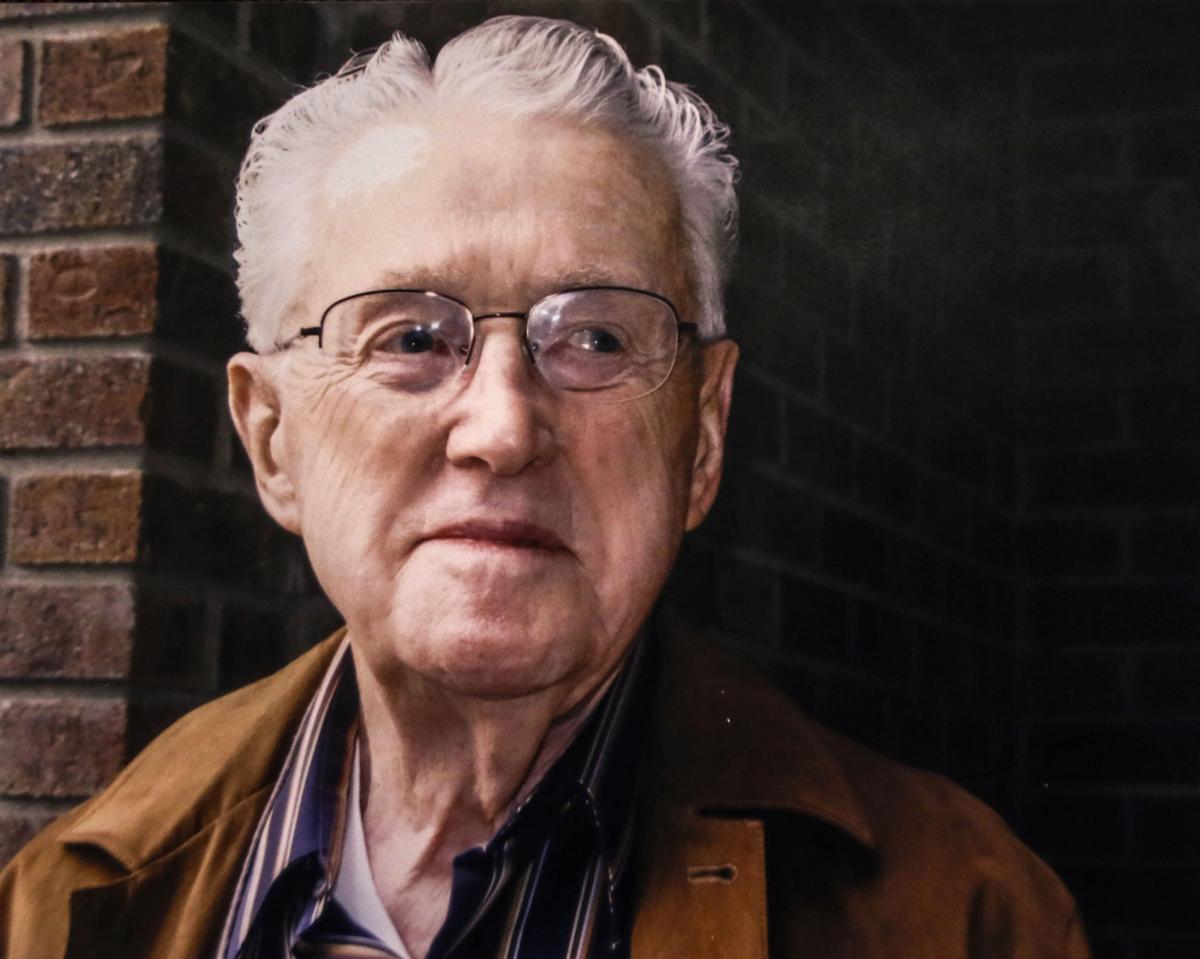 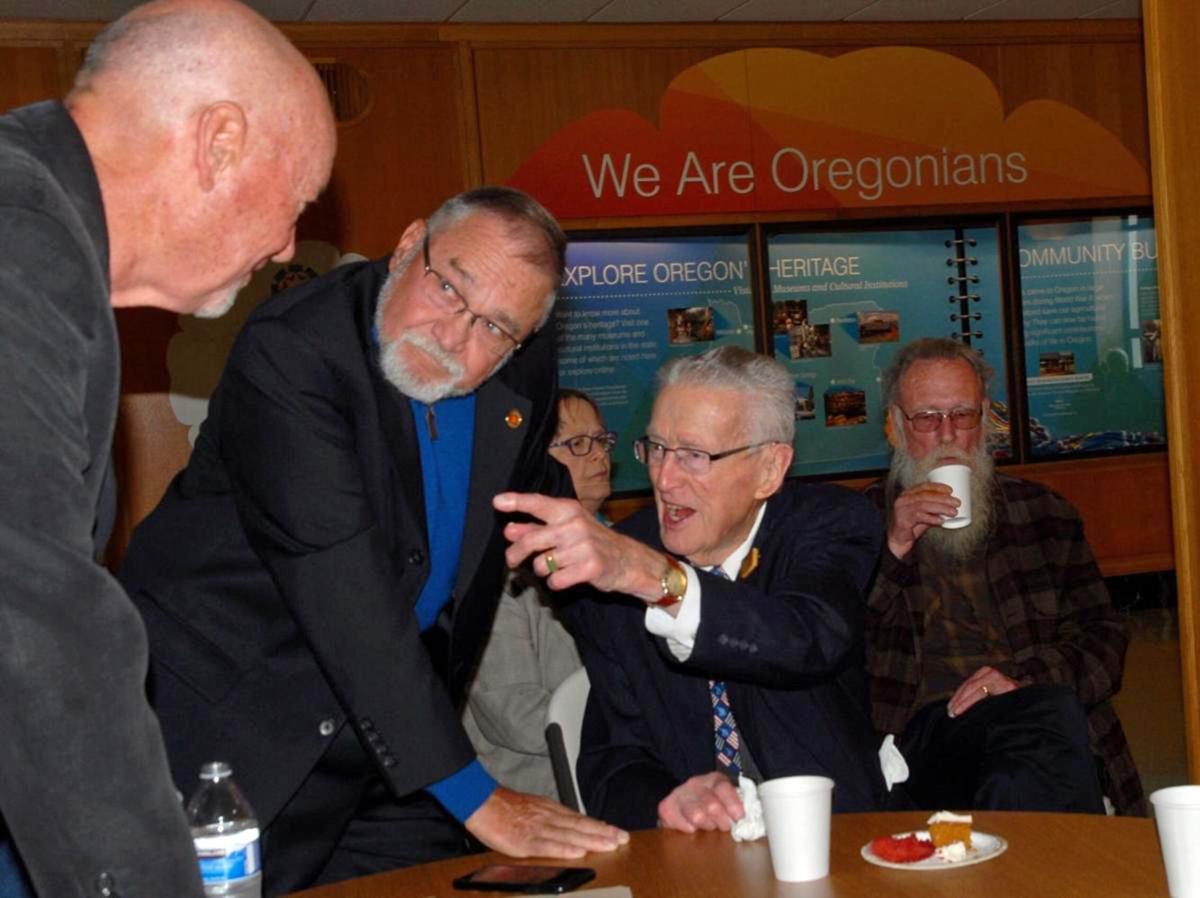 Bill Markham reminiscing with old friends after the dedication of a memorial on the state Capitol grounds honoring Oregon native Claire Phillips for her efforts in helping prisoners of war in the Philippines in World War II. 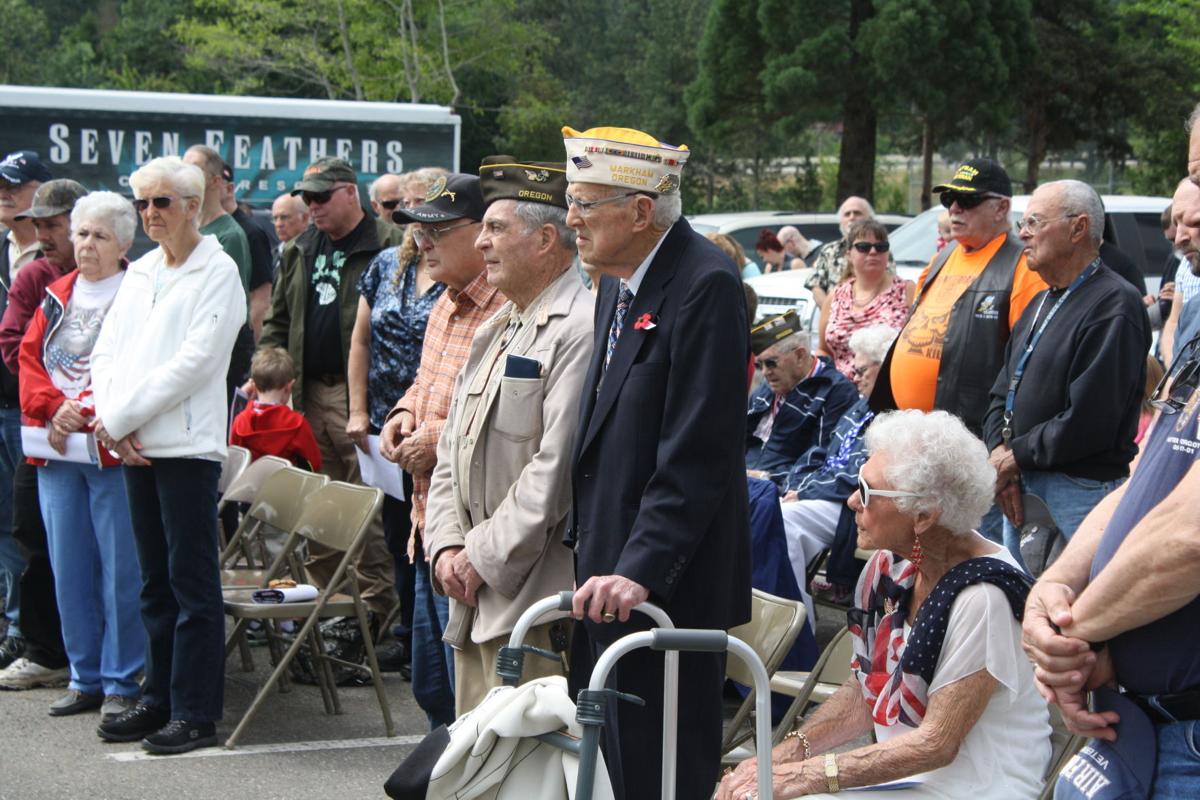 Bill Markham reminiscing with old friends after the dedication of a memorial on the state Capitol grounds honoring Oregon native Claire Phillips for her efforts in helping prisoners of war in the Philippines in World War II.

Bill Markham is the father of The News-Review owner Pat Markham.

Longtime businessman, state legislator and World War II veteran Bill Markham will be remembered as a man of service to his family and community.

Markham served Douglas County and parts of Josephine County as a Republican representative in the Oregon House from 1969 to 1997, a record 14 terms. He stepped down when new term limits barred him from running again, but longtime former Douglas County Commissioner Doug Robertson said Markham was so popular that without term limits he could easily have been reelected as many times as he wanted to be.

“He was a good friend and one of the most effective legislators in the state Legislature we’ve had,” Robertson said.

Markham was an 18-year-old student at Centralia Junior College in Washington when the Pearl Harbor attack began. He joined the Army Air Force the following year and piloted a B-17 Flying Fortress in missions over Europe.

“I flew 25 missions and felt fortunate to get home in one piece,” he told The News-Review in 2015.

He went on to graduate from the University of Washington, receiving a degree in business, and owned and operated an Oregon logging and construction business in South County. He helped found Umpqua Community College and served on its board for 24 years. He was also a co-founder of three independent banks — South Umpqua State Bank (now Umpqua Bank), Douglas National Bank, and Pacific Security Bank of Reedsport.

He was also instrumental in the origination of Wildlife Safari.

This background may have contributed to his passion for helping constituents who worked in natural resources industries, from timber to agriculture.

“He was a really committed supporter of his constituents no matter what the issue, but his background and understanding of natural resources was a real help to this district,” said Robertson, who knew Markham for four decades.

He also had a skill that almost seems like a lost art these days — the gift of being able to work with people on both sides of an issue.

“He had a great ability to be able to reach across party lines regardless of who the governor was. It just didn’t make any difference, or who the leadership of the House was either,” Robertson said.

Markham was always in the Douglas County Veterans Parade, but he didn’t talk much about his service unless he was asked.

He was also a founding member of the Southern Oregon Warbirds. Initially conceived as a group for World War II pilots, the group has expanded to include veterans of the wars in Korea and Vietnam as the number of World War II veterans has dwindled.

“I admired him because he was approachable,” Little said. “A lot of people in those positions are standoffish and he certainly wasn’t.”

Longtime friend Stan Hermann, a fellow World War II veteran, described Markham as easygoing. He was the kind of guy who got along well with everybody and he was known everywhere, he said.

The two enjoyed traveling together.

“He was a good man. It’s good to have known someone like Bill,” he said.

He lived a long and eventful life. He will be missed by many.