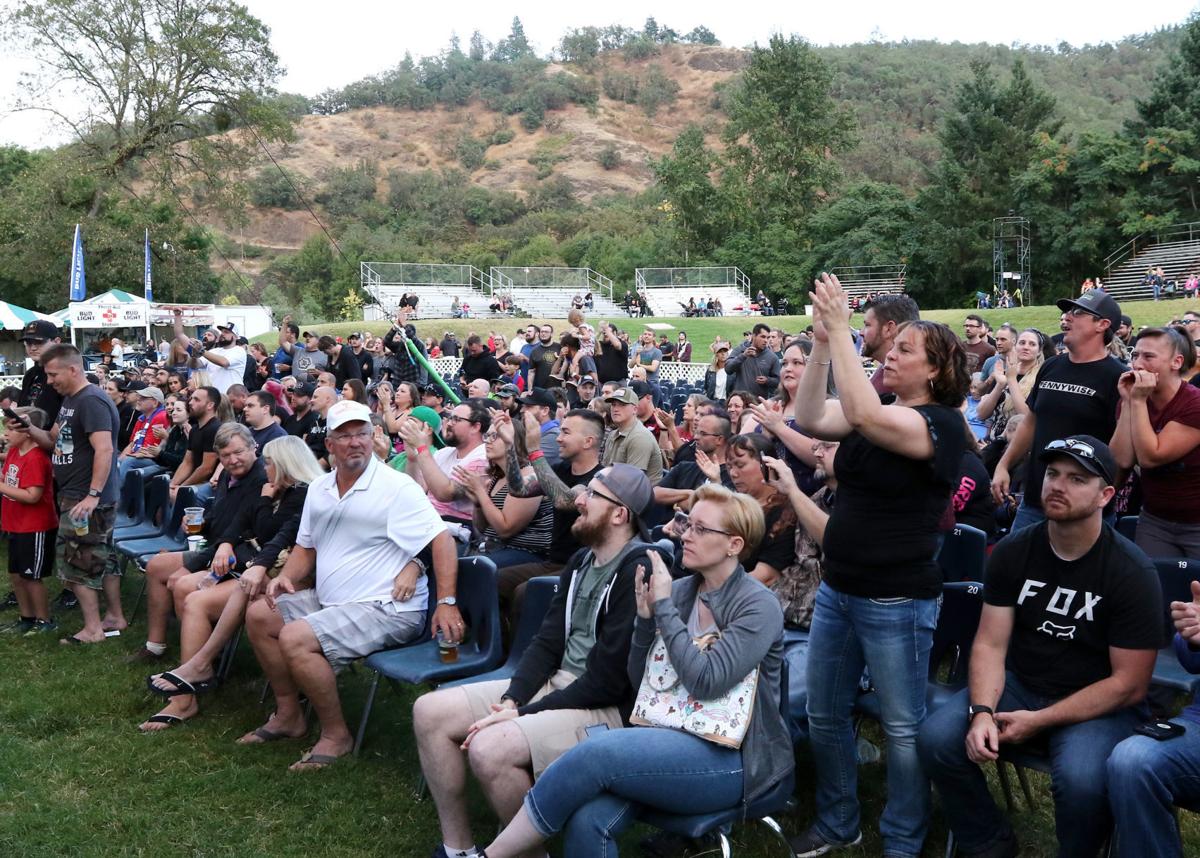 The audience applauds between songs during a concert featuring rock band Thrice Friday evening at the Douglas County Fair in Roseburg. 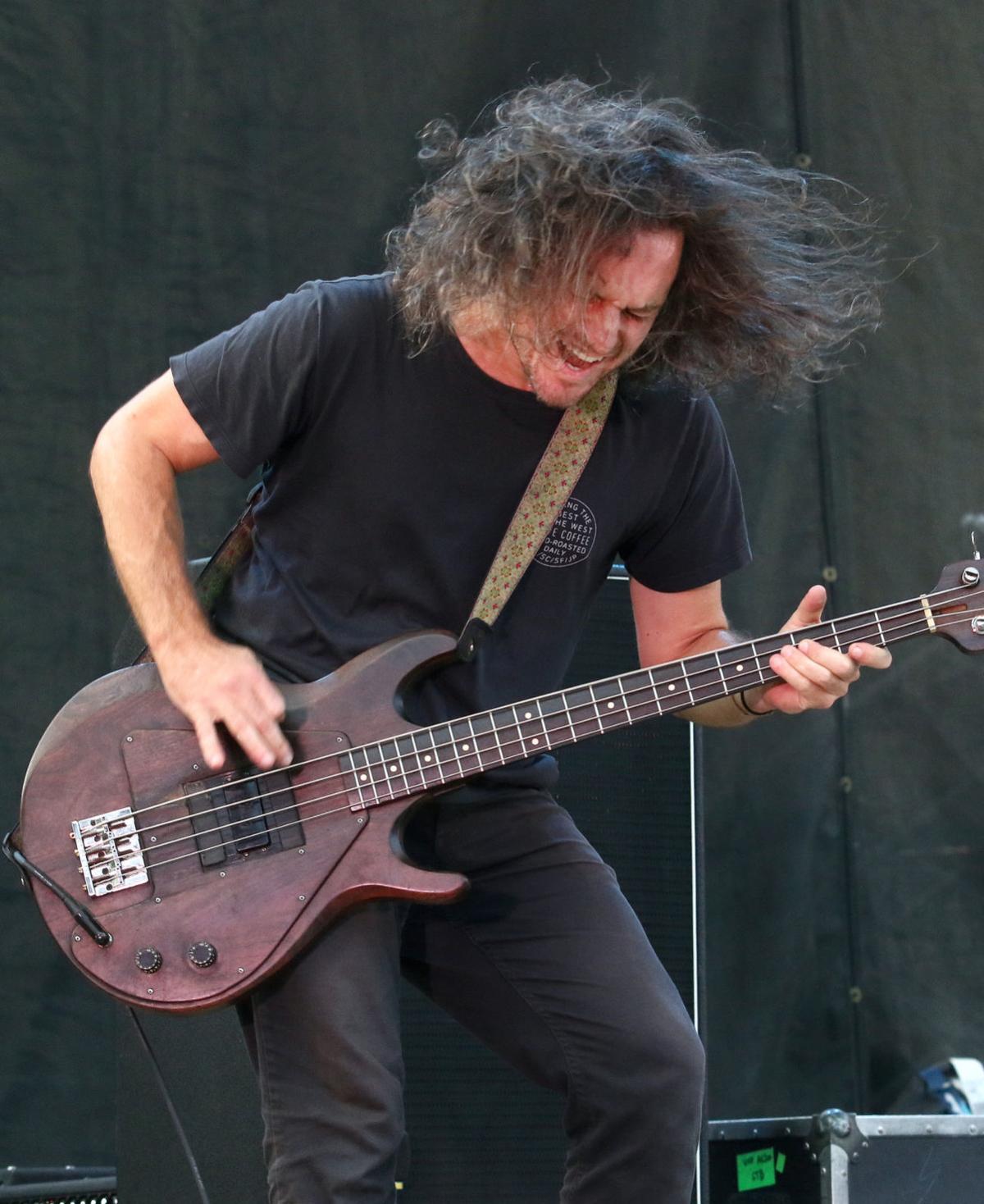 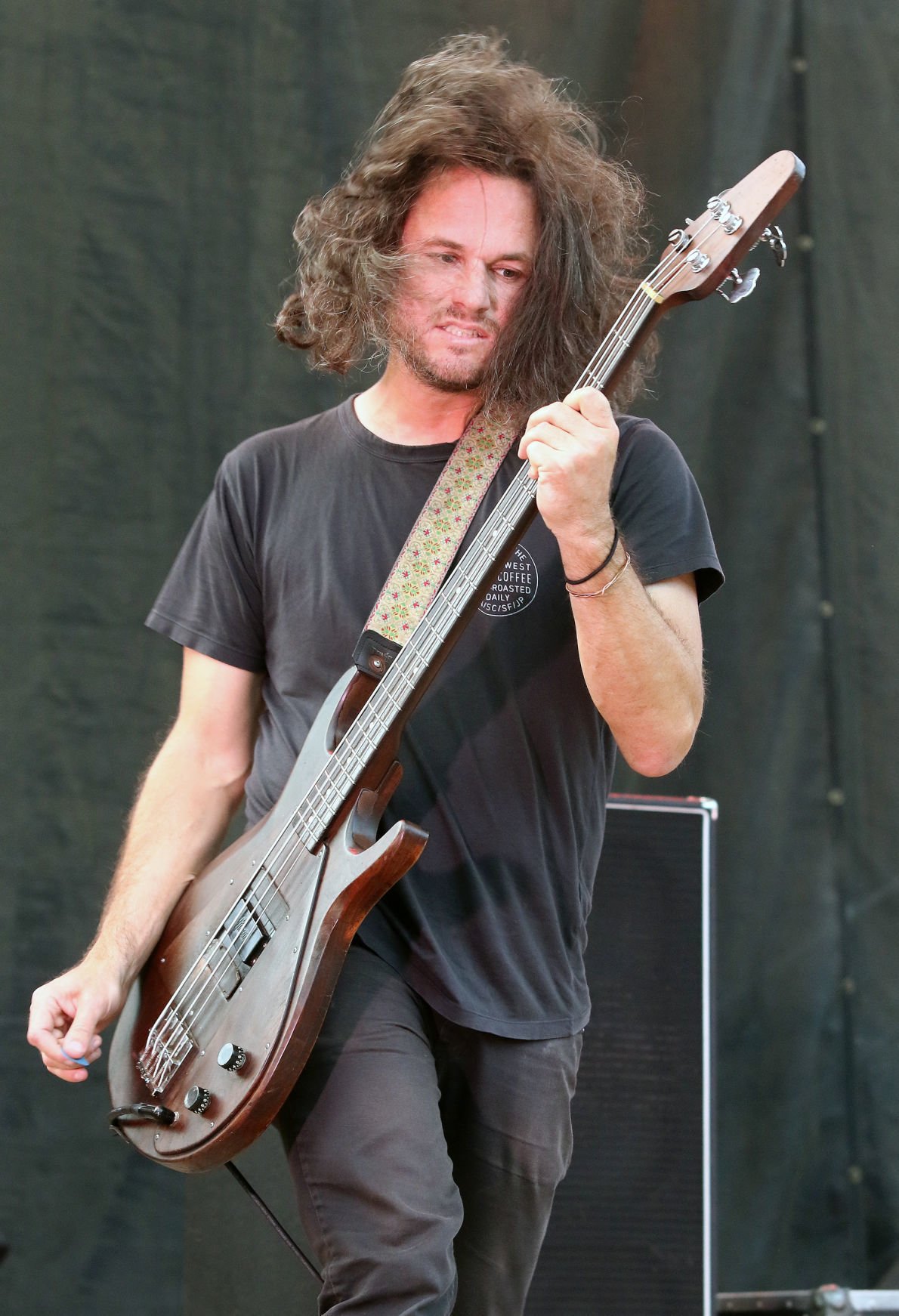 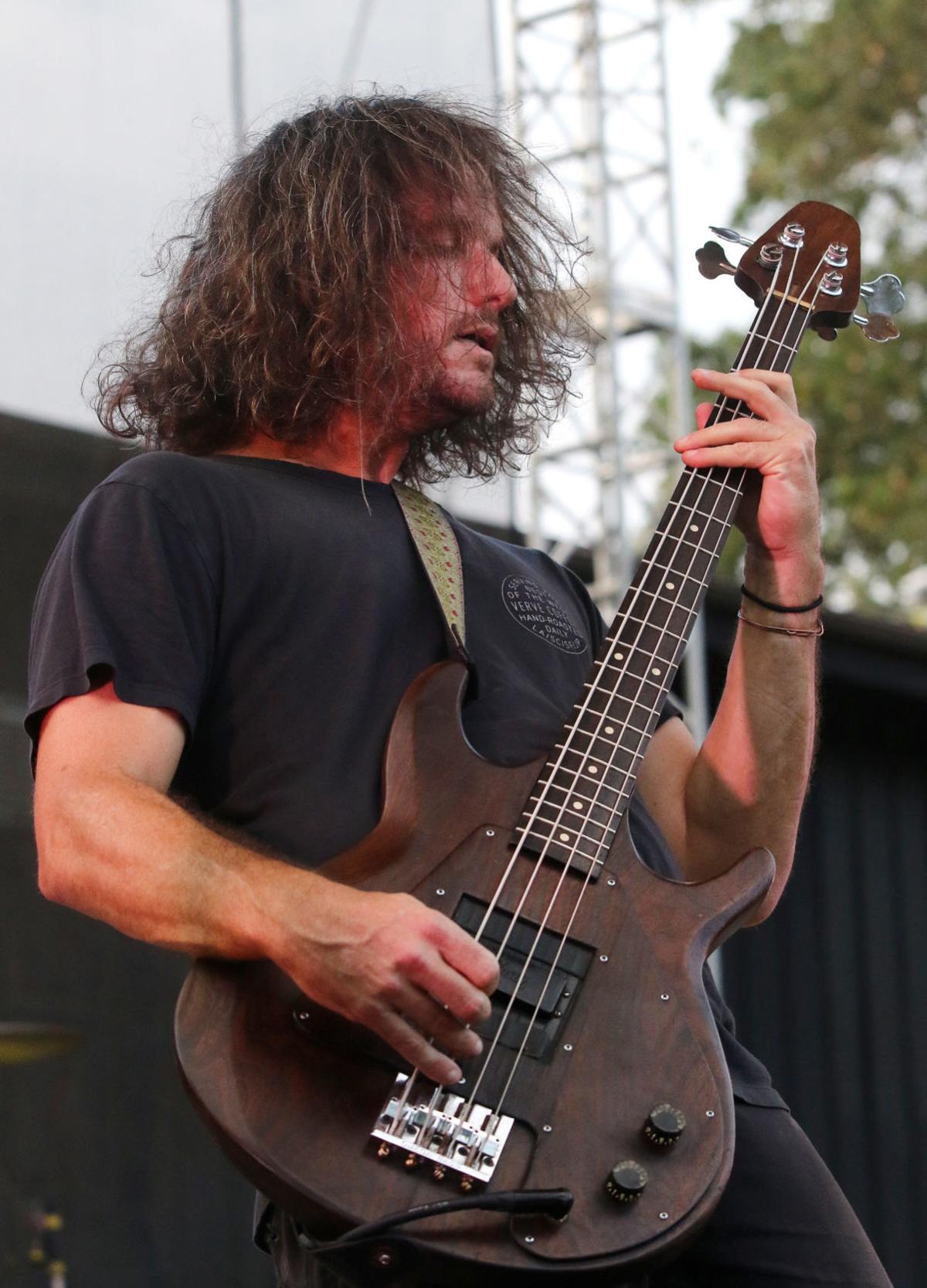 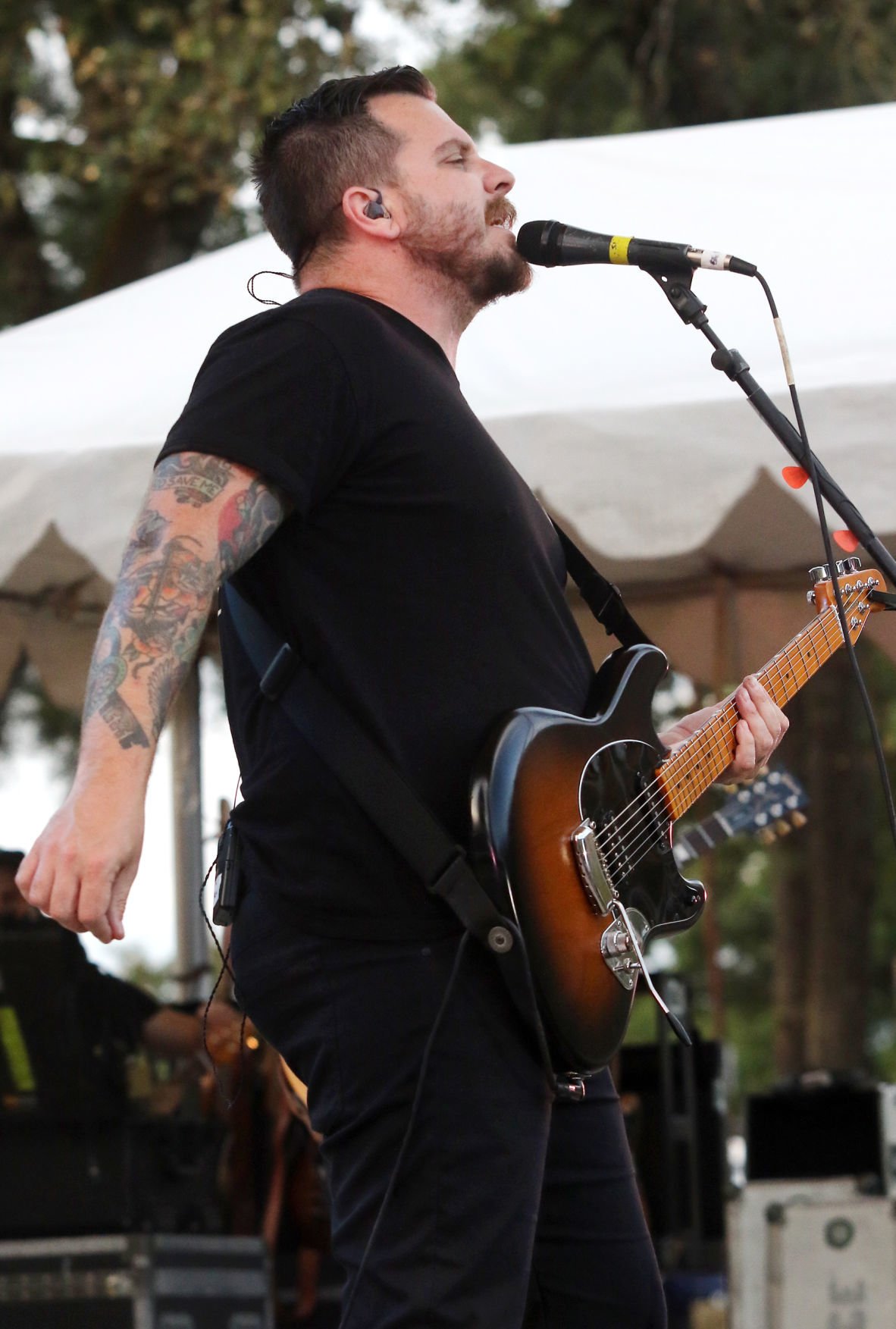 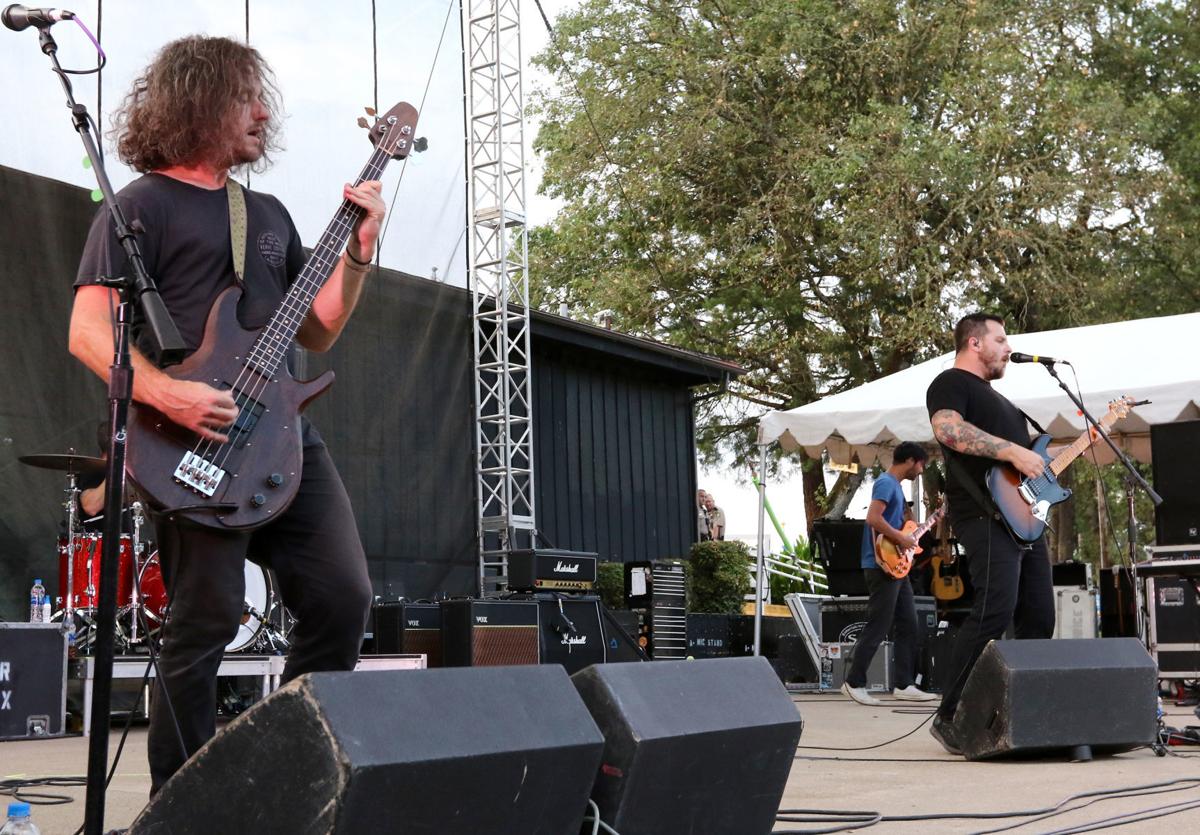 The audience applauds between songs during a concert featuring rock band Thrice Friday evening at the Douglas County Fair in Roseburg.

After a quick rainstorm swept through the fairgrounds, alternative-rock band Thrice performed the last concert of the Douglas County Fair concert series to a sparse crowd at the Cascade Community Credit Union amphitheater Friday evening.

Though the music borders on heavy metal, audience members would be surprised to know that lead guitarist and singer Dustin Kensrue has roots in Christian music.

Less than an estimated 150 people occupied the reserve seats with small pockets of dedicated fans spread across the grassy area and bleachers. One fair volunteer blamed the rain as a factor for the small crowd.

Despite the lower attendance, the audience proved to be passionate fans.

Tyson Arrant, of Newport, said he started listening to the band when he was in the military. He served from 2000 to 2003 in Iraq.

“They inspired me throughout the years. Their message and their tone. I just loved these guys since 20 years ago,” Arrant said.

Travis Wager, of Winston, has been a fan of Thrice for the past 20 years. His birthday was on Friday and he said he was grateful that his favorite band happened to perform on his birthday.

“It’s a pretty sweet day for me,” Wager said. “I bought my tickets four months ago. It’s been a long wait.”

Wager said his favorite part of the band is its progression from its earlier days to its modern music.

“They started off punk-ish and you could hear them grow and mature through their music,” Wager said. “They went from young energetic kids to like adults with problems that they want to sing about.”

Andy Martin and his daughter Emily are newer fans and have been listening to Thrice for the past couple of years.

“It’s neat generationally to be able to share that together because I didn’t have that with my parents,” Andy Martin said.

Emily Martin said the band is “authentic and raw” and the messages in the songs speak to her.

Andy Martin owns a music shop in Grants Pass. He said listening to Thrice’s music inspires him to play his own guitar more and teach others as well.

He said one of his favorite parts of the band is its ability to write from a “Christian perspective.”

“What I love about him is he can write about life from a Christian perspective so it makes you think about stuff, but he doesn’t do it such a way where it’s beating it over your head,” Andy Martin said. “It invites you, I don’t know, to look into it deeper and think about things for yourself.”