A gopher frog at the Audubon Zoo in New Orleans. Federal wildlife officials are proposing limits on what can be declared as “habitat”” for imperiled plants and animals. 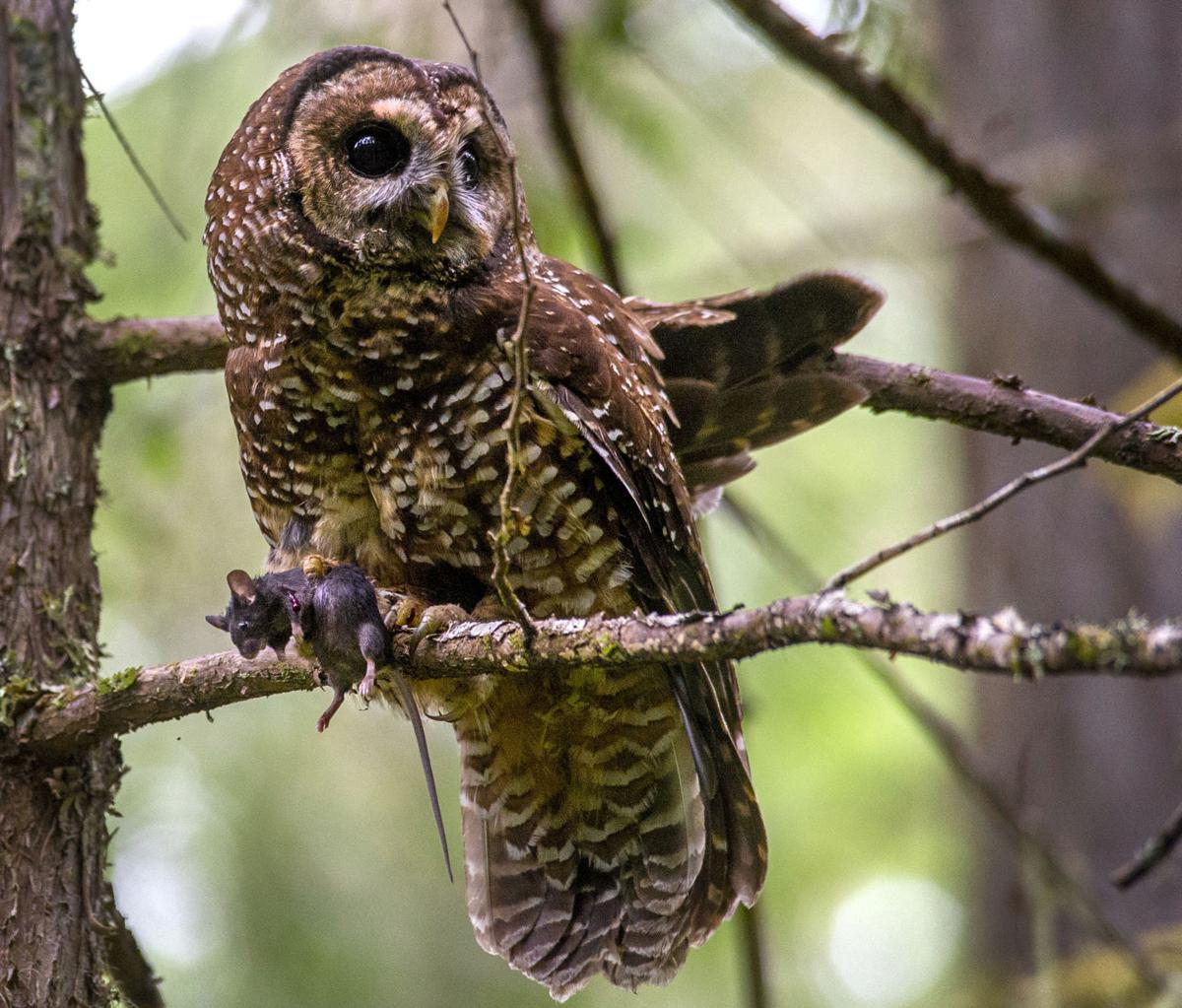 A wild northern spotted owl perches in a tree in an old growth section of forest on Bureau of Land Management property near Roseburg. 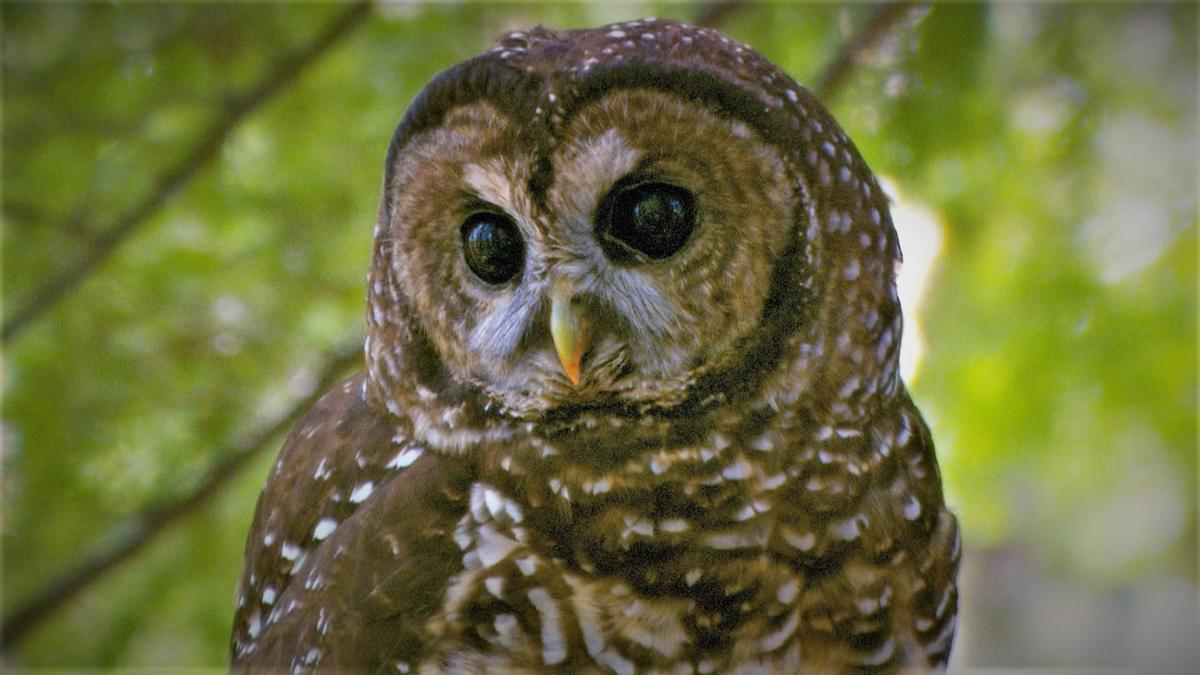 The northern spotted owl is on a slow but steady course toward extinction.

A gopher frog at the Audubon Zoo in New Orleans. Federal wildlife officials are proposing limits on what can be declared as “habitat”” for imperiled plants and animals.

A wild northern spotted owl perches in a tree in an old growth section of forest on Bureau of Land Management property near Roseburg.

The northern spotted owl is on a slow but steady course toward extinction.

The Trump administration is proposing to define what land and water can be declared as “habitat” for imperiled plants and animals — potentially excluding areas that species could use in the future.

The proposed changes could affect Douglas County, along with management of federal lands here and the future of endangered salmon and the northern spotted owl. But it’s also far reaching and would impact counties across the country, along with other endangered species living in different types of habitat.

Douglas County Commissioner and Association of O&C Counties President Tim Freeman said the administration’s proposal would focus habitat conservation in the areas where species actually live, and he said that makes a lot of sense.

Both the county and AOCC have been actively engaged with the Department of the Interior about the proposal, and Freeman said it’s a big issue for many counties.

“I believe this is a great step in the right direction,” he said.

Francis Eatherington, with Cascadia Wildlands, said the proposal would be particularly harmful to endangered salmon species.

“If we really want to recover healthy populations of salmon or other endangered species, we need to not only protect the existing, high-quality habitat,” Eatherington said. “We also need to restore habitat that’s been degraded. The reason these species are in trouble and could wink out on us is because their habitat’s been so heavily degraded.”

The proposal, announced Friday and obtained in advance by The Associated Press, would for the first time define “habitat” for purposes of enforcing the Endangered Species Act, the landmark law that has undergirded species protections efforts in the U.S. since 1973.

It has broad implications for how lands are managed and how far the government has to go to protect plants and animals that could be sliding toward extinction.

Legal observers said the two-sentence definition, as well as an alternative definition that officials invited comment on, would limit what areas the government can designate as critical to a species’ survival.

“This is inevitably going to restrict the agency and force it to work where it can do the most good,” said Jonathan Woods with the Pacific Legal Foundation, which has fought against government habitat designations that the firm says infringe on private property rights.

Others warned that it would seriously hobble restoration efforts, by confining struggling species to small patches of pristine land and blocking restoration work that could expand their range.

The northern spotted owl of the Pacific Northwest, which depends on old growth forests, offers a prime example, said Noah Greenwald with the Center for Biological Diversity.

Much of the bird’s historic habitat was logged. “But it will become old growth forest again one day if we protect it. So does that not count as habitat?” Greenwald asked.

“If we want to recover species, we have to restore them to more larger portions of their historic range,” he said.

Trump administration officials said the proposal would provide “more consistency” and “more transparency” for private landowners, companies and states, but would not say how much or what type of habitat could be excluded under the new definition.

In the gopher frog case, a unanimous court said the government had to decide what constitutes suitable habitat for the 3 ½-inch-long frogs before it could designate some of those areas as “critical habitat” for the species, which survives in just a few ponds in Mississippi.

The dispute arose after the Fish and Wildlife Service designated 1,500-acres of land and ponds in neighboring Louisiana as critical habitat for the frog even though none lived there.

Attorneys for the landowner, timber company Weyerhaeuser Co., called it an unjust land grab, but environmentalists said designating the land as critical was necessary to keeping the frog from disappearing.

The proposed definition says habitat includes “places that a species depend upon to carry out one or more life processes,” such as breeding or eating. If that had been in place prior to the dispute over the gopher frog, the government might have been forced to limit its critical habitat designation to the ponds only, and not the surrounding land, said Wood.

In that case, the administration ended up withdrawing the critical habitat designation in Louisiana under a legal settlement.

The News-Review contributed to this report.