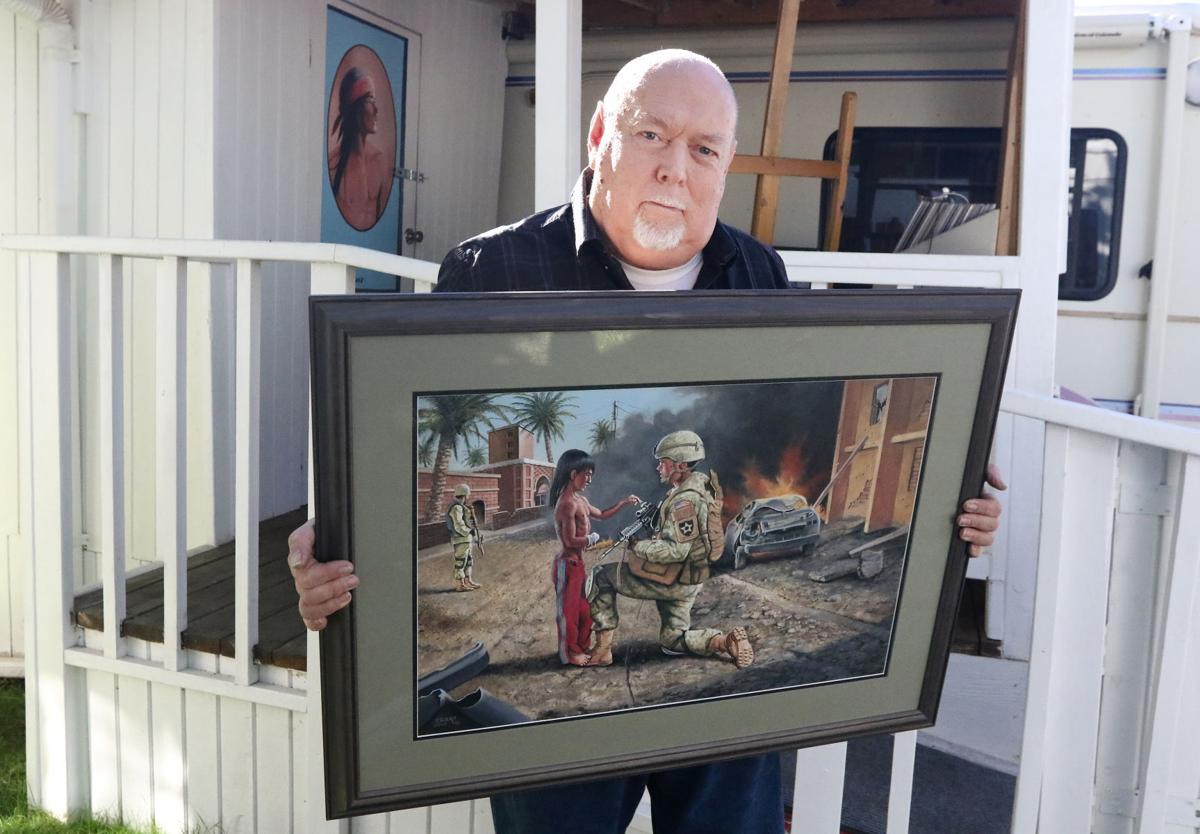 Air Force veteran Dave Ewart holds one of his paintings at his Roseburg home on Oct. 15. The painting depicts a scene featuring his step son who is an army veteran. 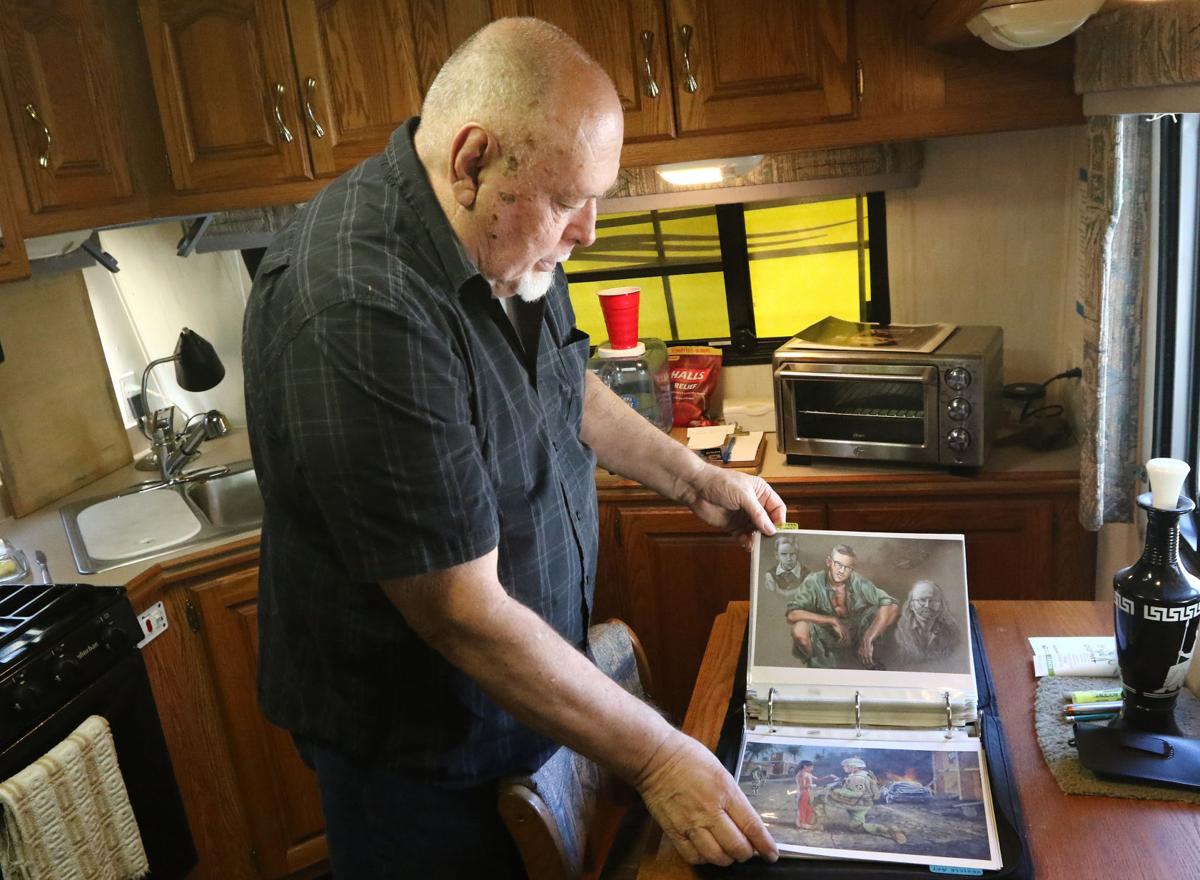 Air Force veteran Dave Ewart flips through a portfolio of some of his paintings at his Roseburg home on Oct. 15. 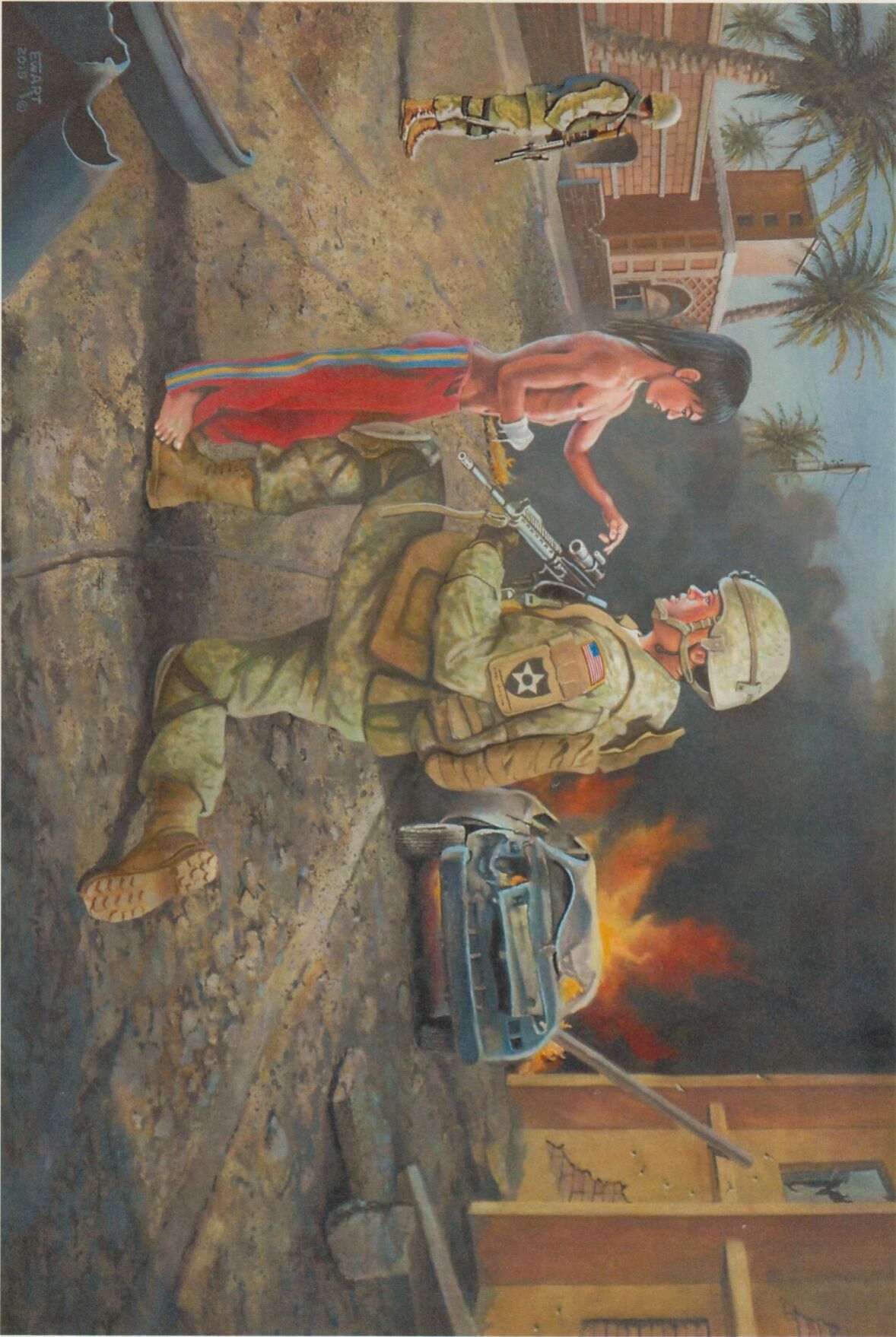 A close up of a painting depicting a story Dave Ewart’s step-son told him about in a letter home during his own service in Iraq. Ewart’s story of service and military art begins on page A8. 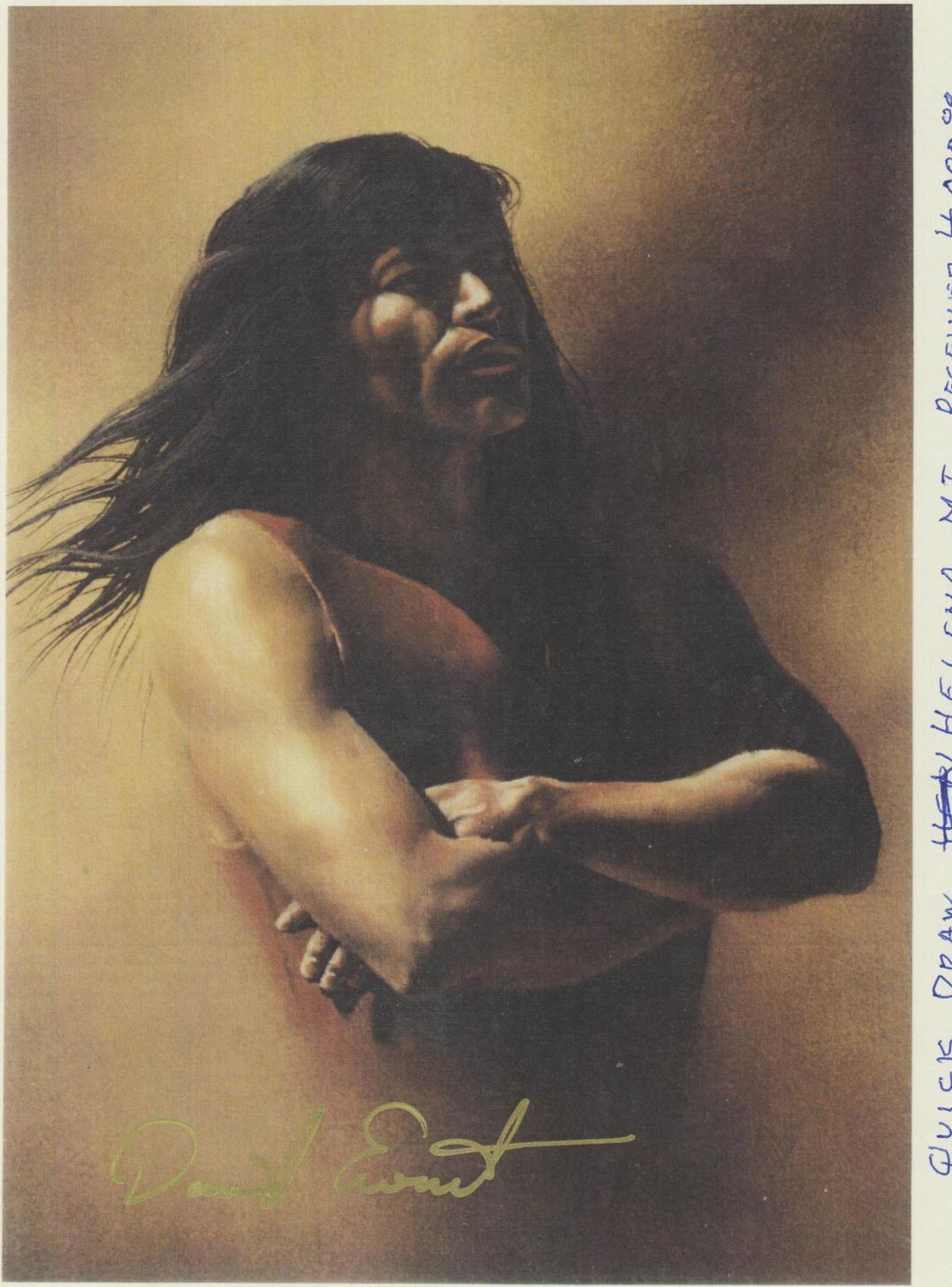 Air Force veteran Dave Ewart holds one of his paintings at his Roseburg home on Oct. 15. The painting depicts a scene featuring his step son who is an army veteran.

Air Force veteran Dave Ewart flips through a portfolio of some of his paintings at his Roseburg home on Oct. 15.

A close up of a painting depicting a story Dave Ewart’s step-son told him about in a letter home during his own service in Iraq. Ewart’s story of service and military art begins on page A8.

If you ask David Ewart when his love affair with art began, he will tell you the same thing his mom told him: he came out of the womb drawing.

Ewart is a nationally recognized portrait artist who has taught art for more than 60 years. His art ranges from portraits of family, friends and famous icons to various vehicles and air crafts to fantasy art and children’s books. In fact, there is very little that Ewart doesn’t paint.

He even used his art skills in service to his country.

He was raised on a farm on an island outside of Seattle. His father never supported his art, even though it was a passion that had called to him since he was young. It was his aunt who encouraged Ewart to follow that passion.

Ewart was drafted in 1960 at the age of 22. He chose to join the Air Force, though he says he should have joined the Marines. Ewart had the lowest Armed Services Vocational Aptitude Battery (ASVAB) scores ever recorded in Seattle, qualifying him for either a cook or security guard.

“I said, don’t make me a cook, I’ll poison everybody!” Ewart joked.

While stationed at Lackland Air Force Base in San Antonio, Texas, he worked on portraits of a general’s children. Those portraits helped earn him a spot in the Army Air Force Art Program.

As a military artist, Ewart worked on designs for military unit emblems, charts and crash scenes.

“Because of my illustrating, I could illustrate different crashes,” Ewart said. “I would receive photos of crash sites and I would reconstruct it in my drawings. Then the generals would use my illustrations to see the whole picture, see what went wrong and who might be responsible.”

He received multiple letters of commendation for his art, eventually earning the rank of airman first class. He even received Top Secret security clearance.

“My expertise in my artwork is what earned me my rank and clearance,” Ewart said. “There wasn’t anything I couldn’t draw or paint. There isn’t any idea that you can have that I couldn’t illustrate.”

He served four years, most of the time at Larson Air Force Base. After being discharged, he finally achieved his dream of attending the ArtCenter College of Design in Los Angeles.

“It was my goal ever since I was 10 years old to go to ArtCenter,” Ewart said.

He has worked various jobs in the art world ever since, including a variety of teaching jobs in Washington and Oregon. At one point, while traveling the Western United States, Ewart made upwards of $85,000 a year creating and selling his art.

He has been on the cover of numerous magazines such as the Southwest Art Magazine, was inducted into the top 700 Contemporary Western Artists book and taught art with the likes of Bill Alexander “drawing happy little trees like Bob Ross.” Many of his students have become renowned artists in their own right.

At the age of 81, Ewart continues his art to this day. The days of $85,000 a year have passed, but his love for the craft is evident in nearly all he does. He even renovated his home to give him both indoor and outdoor areas to paint.

“Each of my paintings has a story,” Ewart said. “I get to capture that story, whether real or imagined. But I’ve always loved portraits, because they are all different.”

Because of COVID-19, Ewart doesn’t get out much. He continues to practice his art by inviting his neighbors over for portraits or creating paintings as gifts for friends. He also has been working on a variety of children’s books, either bringing the ideas of others to life or using his art to send a message.

“There is all this fighting in the world, but if people would just get out and look at a tree, look at a mountain or a farmhouse, look at the beauty around you, all of a sudden you can’t be mad at anybody,” Ewart said. “That is what I have based my life on.”