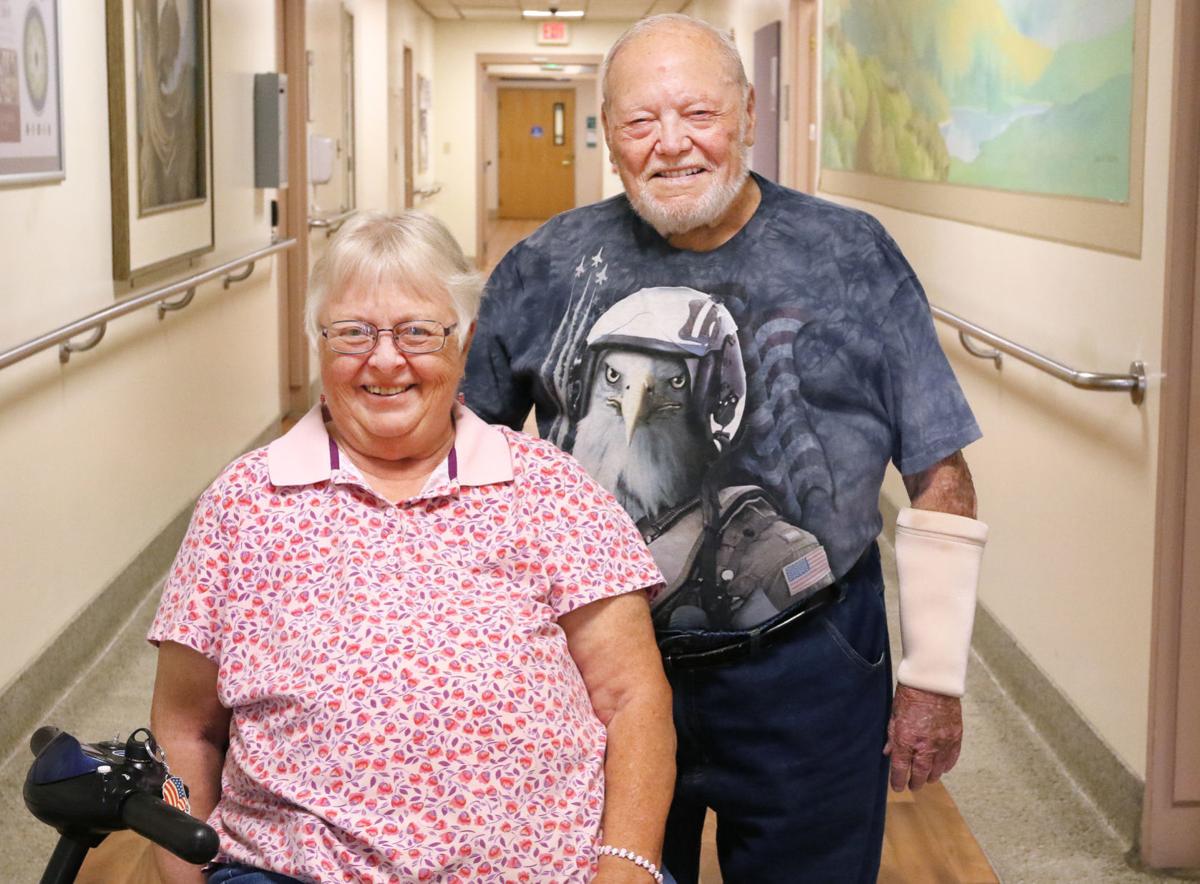 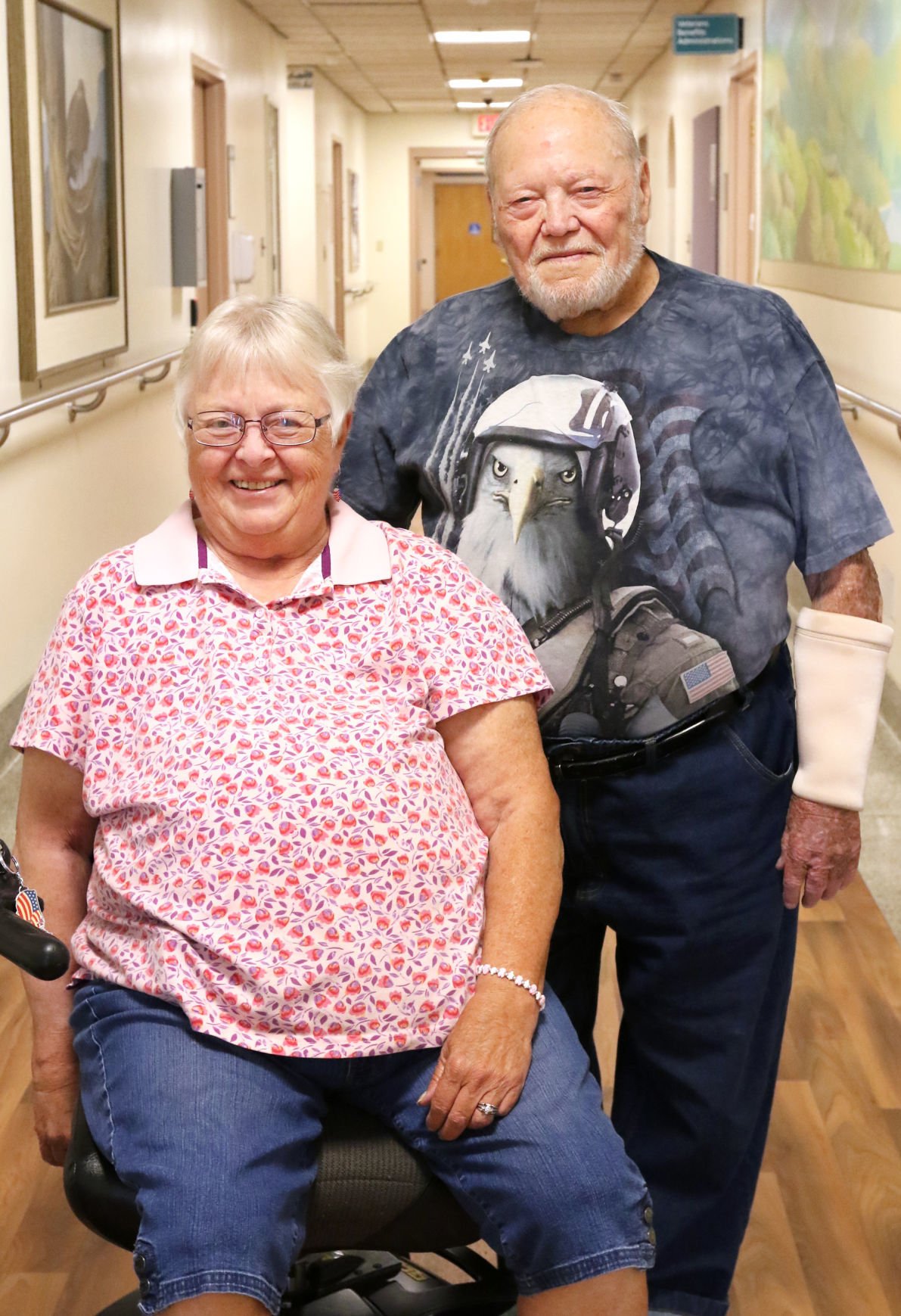 In September, an invasion of alien enthusiasts is expected to descend on the desert outside Area 51.

“Storm Area 51” started as a joke on Facebook, with more than two million people saying they wanted to join in an effort to storm the gates and enter the top-secret Air Force base in rural Nevada to see if decades of conspiracy theories about alien bodies and spacecraft hidden there are true.

The purpose of the gathering has since been changed into an alien-themed music festival, Alienstock, and it’s unclear how many Facebook users are genuinely planning to show up.

In the unlikely event that any of the attendees did make it onto the base, Roseburg resident Daryl Strickland thinks he has a pretty good idea what they might find there.

Strickland had wanted to be a fighter pilot all his life. So on Christmas vacation in his senior year of high school, he hitchhiked from Rock Springs, Wyoming to Ogden, Utah, so he could enlist in the Air Force. It was January 1953.

He was rejected as a pilot for health reasons. But he did become an expert on airborne radar and missile systems. His first assignment was in Tucson, Arizona, where he repaired radar on planes and adjusted computers so the pilots would be able to lock on bombers and shoot them down.

He spent part of his service in Iceland, and then returned to Arizona, this time in Yuma. At that point, he was told he couldn’t go back overseas because he had just 87 days left.

But he wasn’t ready to stop working on military planes.

“So I hitchhiked to L.A. and went to see Hughes Aircraft Company because I had been working on their equipment for the last four years. And they said sure, when you get discharged come back and you can go to work for us,” he said.

It was in 1966 and 1967 that Hughes, a contractor with the Air Force, sent Strickland to the government’s secret military base at Area 51.

Although he was a civilian, he said he had the run of the place.

He never saw any aliens or alien space ships.

What he did see, and work on, was top-secret experimental aircraft. His job was to work on the SR-71 Blackbird spy plane.

This plane could fly at 2,000 mph. It would take off from Area 51, fly to Montana, refuel there, go about 200 miles into Canada, fly down the Atlantic Ocean and then to communist Cuba, take pictures of the Russian missile systems there and fly back up through Texas and Arizona into Nevada. All in four and a half hours.

Strickland and his coworkers were tasked with converting the spy plane, which was armed only with cameras. They put missiles and a radar system on it, turning it into the Interceptor.

The secrecy imposed on those who worked at Area 51 was severe.

“We were not allowed to go out to a bar, or into the community without four of us going together,” he said.

They had to watch each other, to be sure no one was divulging secrets to the Russians.

“You were taught right at the beginning that it was 45 years in prison if you were caught giving information. So this was really serious,” he said.

Strickland thinks it was the secrecy shrouding the place that led to conspiracy theories that aliens were being held there. The secrecy came from fear the Russians would figure out what they were accomplishing there.

Though there were no restrictions on where he could go on the base, there was a culture in which people didn’t talk to each other.

“It was just one of those things that they said when we first were going to go there. You keep to yourself, you don’t intermingle because everybody needs to be as quiet as they can about it. The less you know, the less you can say to somebody if they’ve got you,” he said.

Ultimately the government decided the Interceptor project was too expensive and shut it down.

Hughes sent Strickland to Turkey, where he worked on a synchronous satellite system he said allowed the country’s leaders in Washington, D.C. to follow was happening in Vietnam and micromanage the war there.

Also in Turkey, he met his wife Barbara, who was a nurse, an Air Force captain who would have outranked him had he still been in the service. His highest rank had been Airman First Class.

She was working in an apartment complex in Ankara, Turkey’s capital city, that had been converted to a military hospital during World War II.

Barbara Strickland said she was able to continue serving after they got married, but not once their son David was born in the delivery room that had once been the apartment’s penthouse.

After more than seven years in Turkey, they returned to the United States, moving to Yoncalla and later to Roseburg. Before retiring, they ran a ranch and a salmon fishing boat. These days, both volunteer at the Roseburg Veterans Affairs Medical Center. He keeps an eye on veterans exercising at the gym. She helps women veteran patients, sharing information such as when they need to schedule a mammogram.

Daryl Strickland held the secret of his time at Area 51, even from his wife, for more than a decade. Then one day in the 1980s they visited Nevada and he saw a souvenir in an airport gift shop that was a replica of the plane he had worked on. He figured that meant he could finally talk about it.

Daryl Strickland said he loved his time in the military and working for Hughes. He would do exactly the same thing if he had to live it over again.

“But you’d find out the about the aliens if you did it again,” teased his wife.

“Oh yeah, I might not be around if I tried,” he joked. “The aliens would have got me.”

With all the planets in the universe, Daryl Strickland thinks there have to be some with life on them. He doesn’t think aliens were ever at Area 51, but he wasn’t prepared to say they’ve never visited Earth.

“I haven’t seen any. And we sure haven’t got very far yet. But maybe we will one day, who knows,” he said.

Humans will have to come up with something that moves a lot faster through space if we want to visit the aliens where they live, he said.

“Maybe they’ll come up with it someday. They come up with all kinds of things all the time. And maybe we don’t know about it too. Maybe it’s at Area 51 now,” he said.