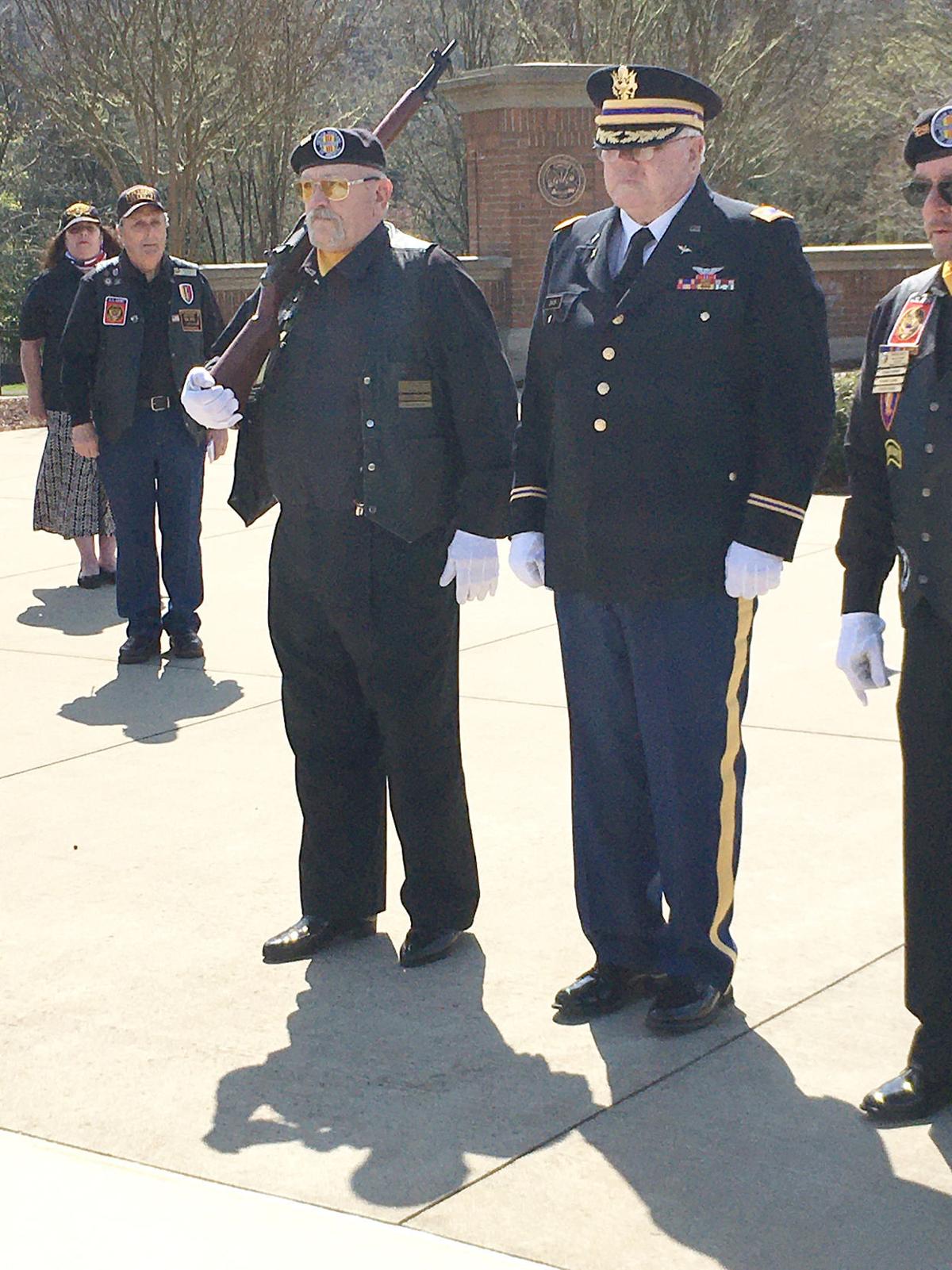 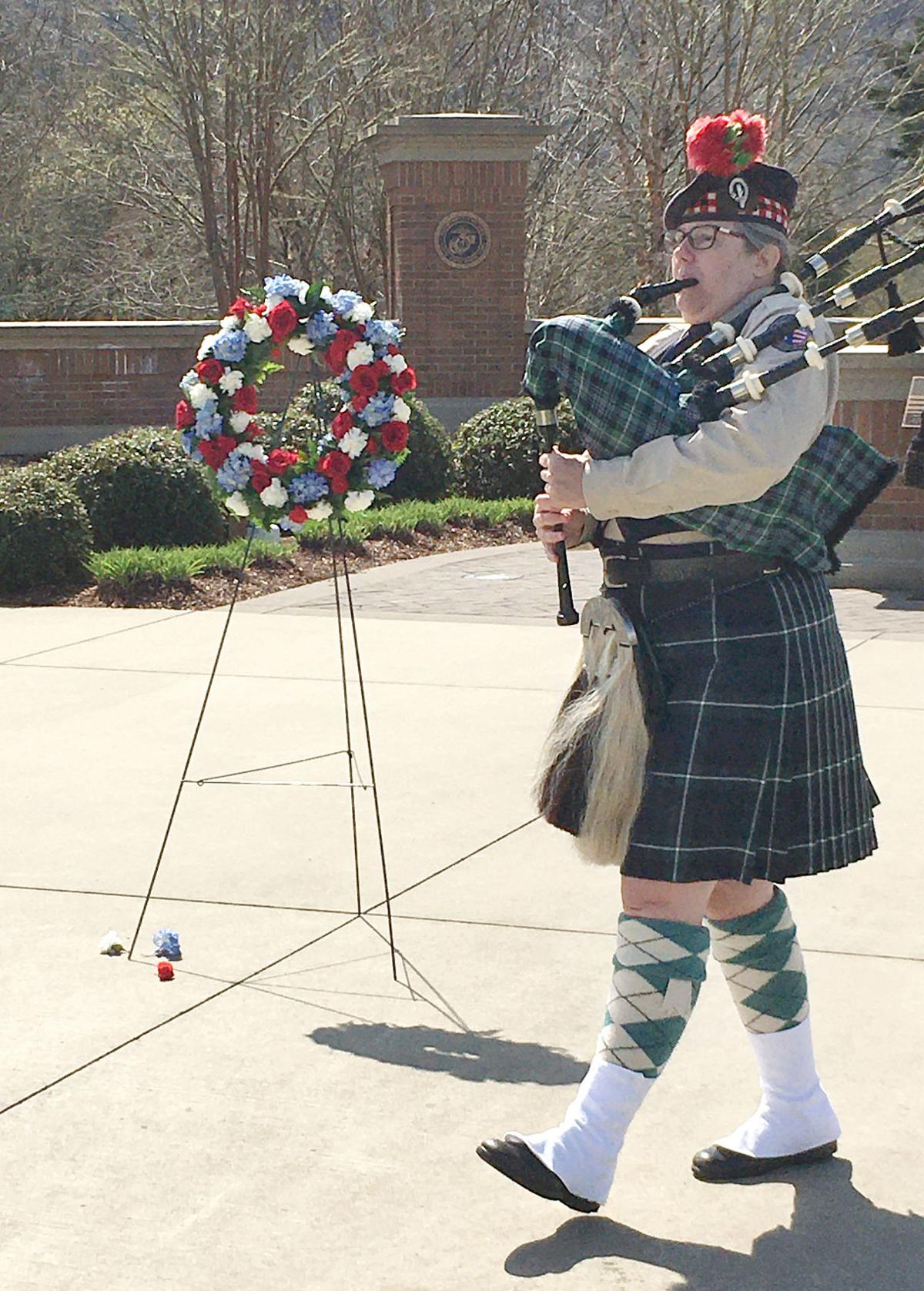 Bagpipes, an honor guard, a 21-gun salute and a wreath honoring the fallen were among the tributes offered on National Vietnam War Veterans Day Monday in Roseburg.

Vietnam Veterans of America Umpqua Valley Chapter 805 spokesperson Terry Weakley said turnout was lower than previously due to COVID-19, but still about 60 people showed up for the event, which was held at the Roseburg National Cemetery Annex next to the Roseburg VA Medical Center.

The observance had its beginnings in 2012 when former President Barack Obama proclaimed March 29 of that year to be the 50th anniversary of the war. Initially, memorials were set to continue each year until 2025, the 50th anniversary of the war’s final year. But in 2017, former President Donald Trump signed the Vietnam War Veterans Recognition Act of 2017, which established March 29 as an annual National Vietnam War Veterans Day.

The legislation he signed had first been proposed by the national Vietnam Veterans of America organization.

Like the local Vietnam Veterans of America chapter’s traveling memorial wall, Weakley said the memorial is a good thing to do and he believes it helps many veterans with post-traumatic stress disorder.

Weakley, who served in the infantry of the U.S. Army 101st Airborne Division, said he hopes for better attendance next year, once things get back to normal after the pandemic.

Next year, he said, he hopes to have a helicopter and 1970s-era music included in the ceremony.

“It’d probably get a little bit emotional for some guys,” he said. “I listened to ‘em trying to figure out which ones I wanted to play, and I could get a little teary eyed.”

Remembering my brother and friends David and Gary, among the many many others.