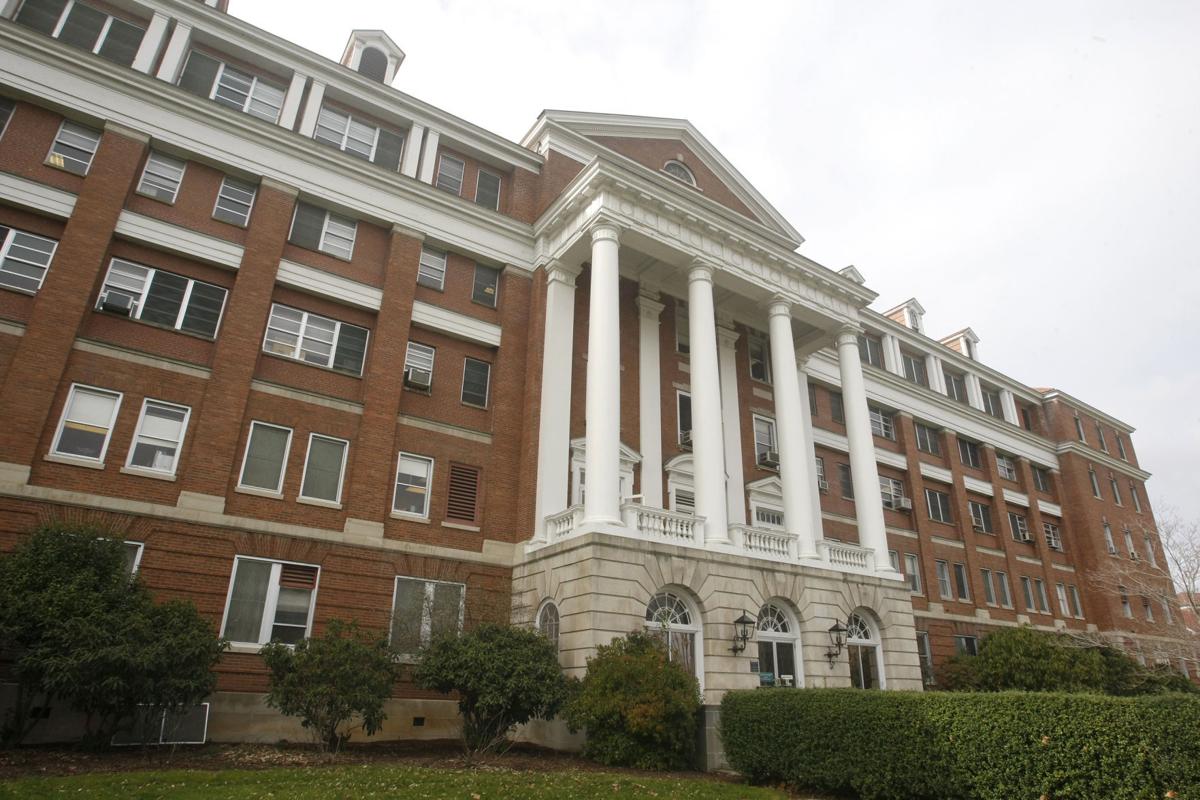 The Roseburg Veterans Affairs Medical Center. The VA claims to have five active COVID-19 cases, a discrepency from the Oregon Health Authority, which puts the count at nine.

Allen has been with the VA for 13 years. Prior to his Walla Walla appointment, Allen was deputy director at the Puget Sound VA in Seattle. He has also held VA positions in Tampa, Florida, including general engineer, chief of projects section and chief of maintenance and operations.

“We are excited to bring Mr. Allen on board as the new director of the VA Roseburg Healthcare System,” Michael J. Murphy, the director of the regional Veterans Integrated Service Network 20 that oversees the Roseburg VA, said in a written statement. “His sound leadership qualities and proven experience will be valuable assets for the facility, the employees and volunteers, and most importantly, for the veterans we are honored to serve.”

Allen also is a military veteran who served in the U.S. Army infantry. After leaving the Army, he was employed for 19 years for the U.S. Postal Service.

Allen will take over from Interim Director Kevin Forrest on March 17.

Forrest took over last month for the previous interim director, Dave Whitmer, who in turn took over about a year ago from former director Doug Paxton. Paxton stepped down following an investigation that found the VA suffered from a toxic management culture.

At the time, the Roseburg VA was ranked a one-star facility, the VA’s lowest rating, and was on the VA’s high-risk list. Under Whitmer’s watch, it was moved off the high-risk list and raised to two stars.

The Walla Walla medical center has faced similar problems. It was a one-star facility on the high-risk list, and upped to two stars under Allen’s watch.

Butterfly garden spruced up at Saturday event hosted by HealTerra

Butterfly garden spruced up at Saturday event hosted by HealTerra

I would like to thank Fred Tempest for his NR Today guest column "The Roseburg VA Needs to shed it's toxic culture" Nov. 27, 2018.

Mr. Allen's resume, as it appears in this article, leaves me with more questions with regards to the future of the Roseburg VA.

Fred points to several problems in his column - The last 3 former Roseburg VA Directors which includes Dave Whitmer. Mr. Whitmer was a failure at addressing the problems at Roseburg but was successful in, as one veteran put it, "Spit shining a tird".
It certainly appears from the actions of the last 3 directors that Roseburg has been in a systemic shutdown for years as clinics and veterans services disappear, the ICU gone, the increase use of contract doctors as well as the revolving door of PCP's being used to temporarily fill the ongoing vacancies as docs leave Roseburg.
The docs that remain are older-at or near retirement and as Fred Point's out, the recruiting been done at Roseburg is for an interior designer at 50 grand a year salary.
The Roseburg Patient Advocate staffing is down to one advocate who was promoted to that position after being Doug Paxton's administrative assistant.
Under Whitmer's watch, in Paxton-like-fashion, a Vietnam Veteran was first denied care at the ER and then escorted off the property at 3 am by VA Police. When that veteran sought and received needed care at a non VA hospital ER, the VA denied payment of the ER bill.
Almost immediately after his arrival, Whitmer sought to reduce the ER's hours of operation before backing off that proposal after being publicly challenged as a bad idea and not in the best interest of veterans. As recently reported in the NR Today, Whitmer states the ER Docs want out of their contract and again suggests the ER hours of operation may be reduced. Whitmer would not comment on this in our email exchanges last week but he made it perfectly clear that the he was a part of the "toxic culture" he was sent to Roseburg to fix.
As Fred stated about VISN 20- "A fish stinks from the head down".

The reason it went up to 2 stars is they reduced the medical beds from 24 to 12, close our icu ,deverting veterans to mmc if it could be a risk. So basically if you have 2/3 less care for Veterans and only take those that is not really at risk, you have no other place to go except climbing out if the gutter. Money and numbers game.... sad