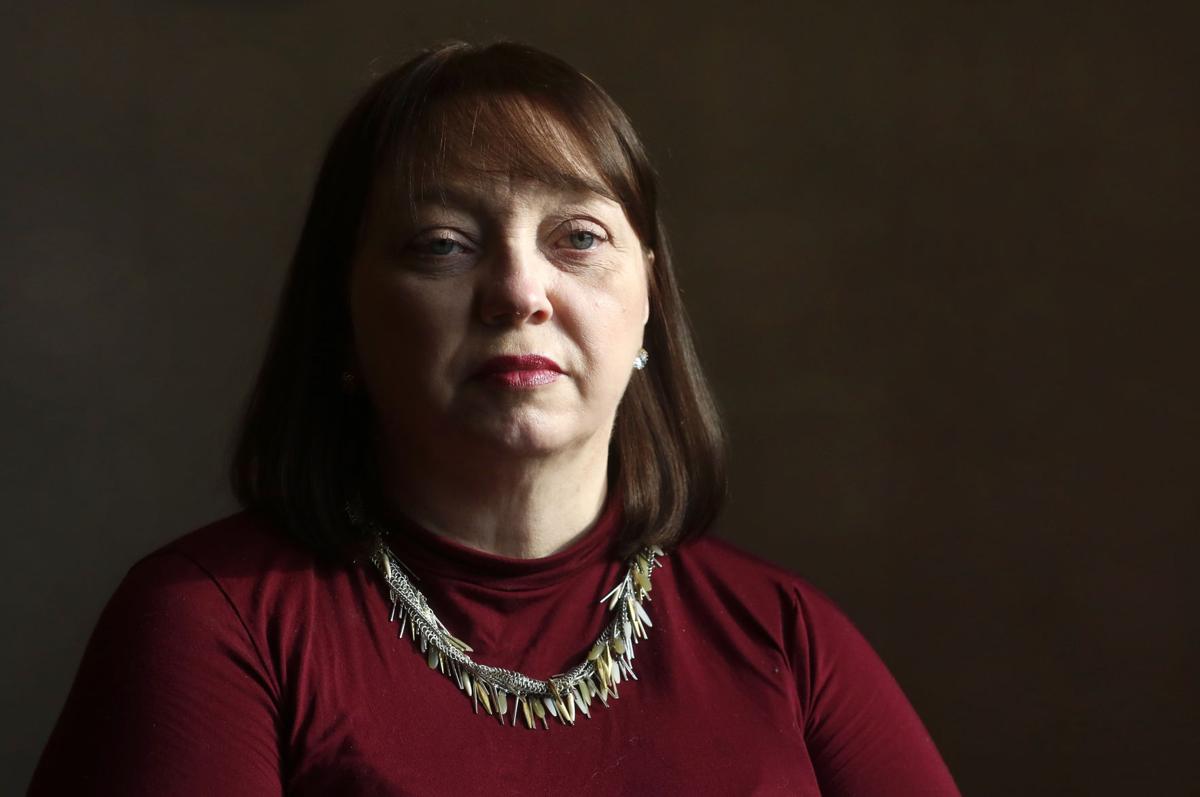 Laura Follett said she was fired from her job as the primary care management module coordinator at the Roseburg Veterans Affairs Medical Center because she insisted on following the rules. 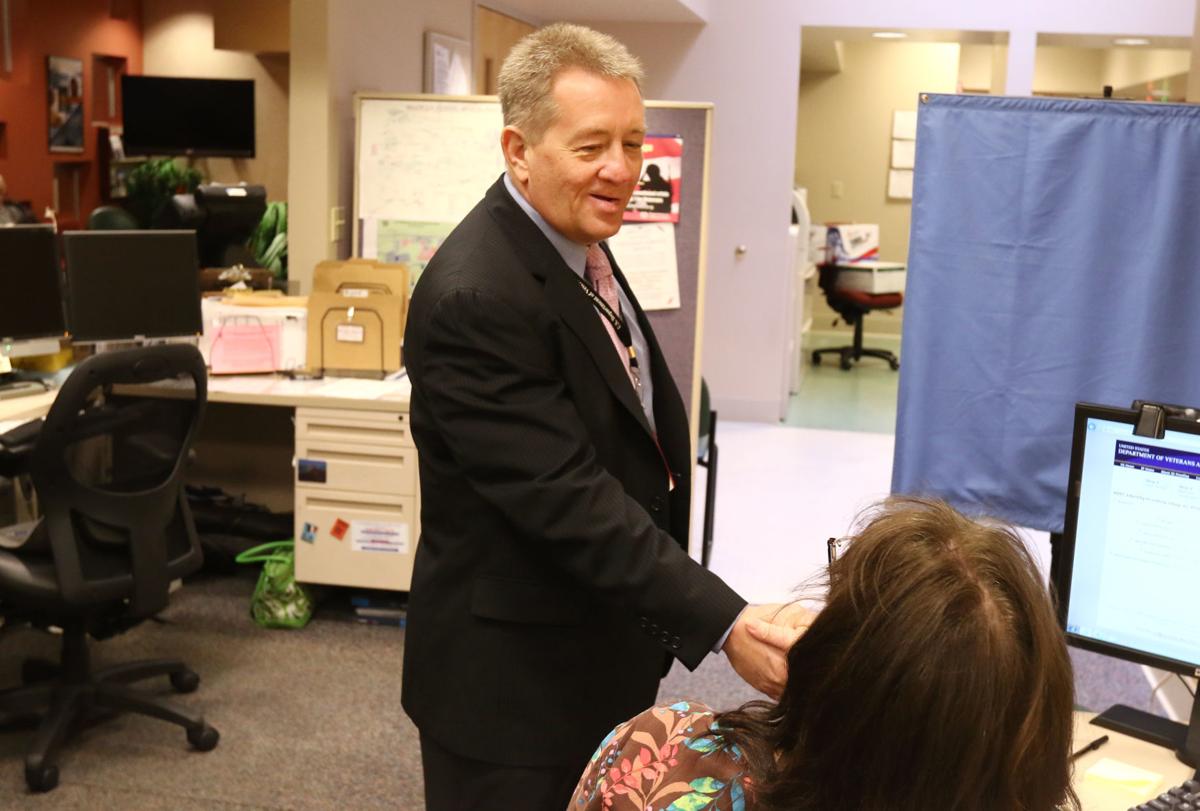 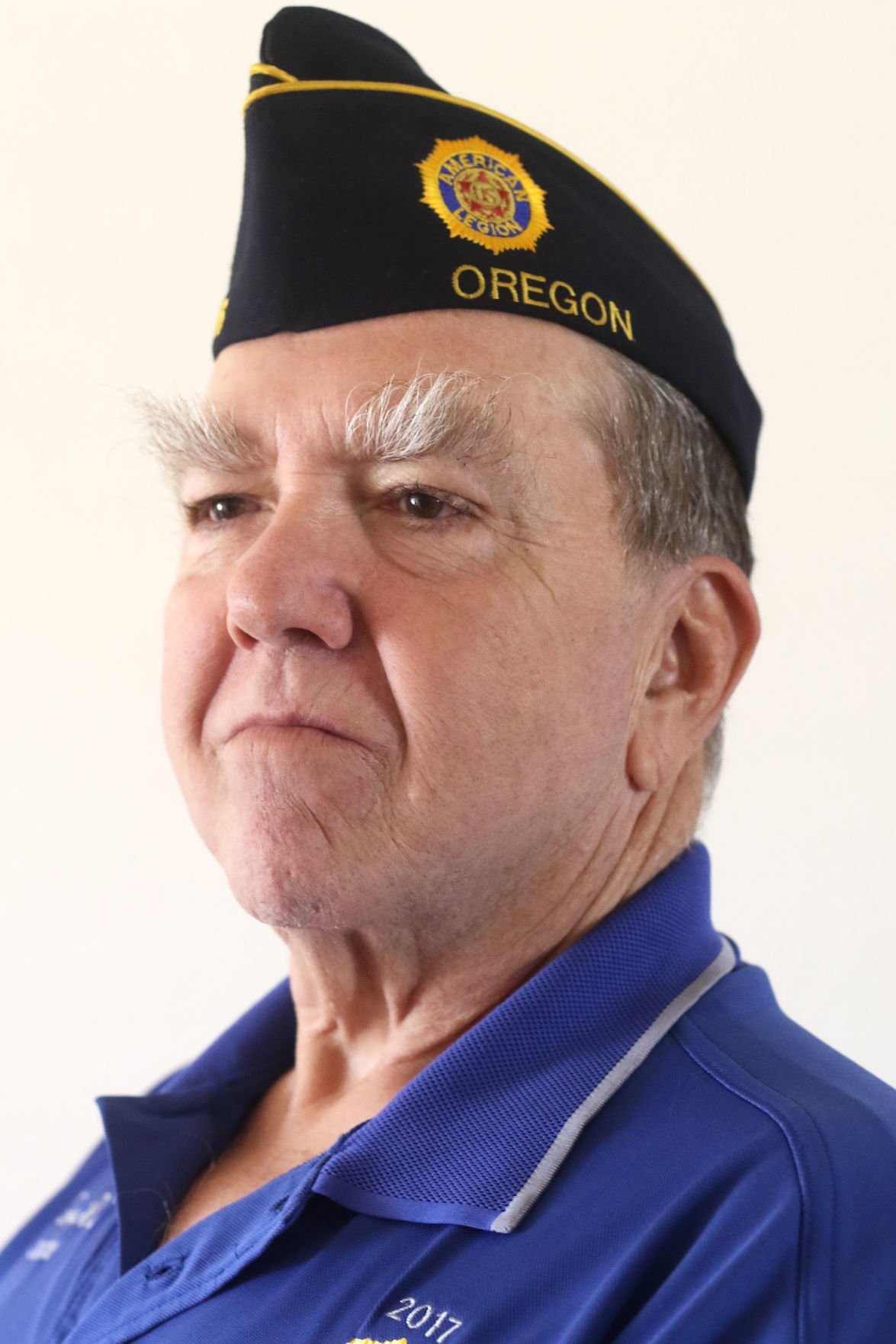 Veteran Larry Hill is president of the Douglas County Veterans Forum. Hill served in the U.S. Army from 1964-84.

Laura Follett said she was fired from her job as the primary care management module coordinator at the Roseburg Veterans Affairs Medical Center because she insisted on following the rules.

Veteran Larry Hill is president of the Douglas County Veterans Forum. Hill served in the U.S. Army from 1964-84.

A story written by a Pulitzer Prize-winning New York Times reporter about the Roseburg Veterans Affairs Medical Center has been causing a stir in Roseburg and Eugene this week.

Dave Phillips broke a story Monday saying the Roseburg VA had turned away high-risk patients against doctors’ advice in an effort to boost its star ranking.

In a statement to The News-Review on Wednesday, the Roseburg Veterans Affairs Medical Center said the New York Times story is false. In a letter sent out to staff members this week, it expanded that to “absolutely false.”

And in an Oregon Public Broadcasting interview Wednesday, Roseburg VA Director Doug Paxton said the story was “fake news,” based on hearsay.

“I think the article was pretty spot on in pointing out the fact that they’re manipulating data in order to make themselves look better,” Russi said.

Part of the Times story, which ran on The News-Review’s front page Tuesday, was based on a letter from five Eugene physicians who’ve contracted to provide emergency medical services at the VA. The doctors said their ability to care for patients was undermined when patient care decisions were taken out of their hands and made instead by nurses, nonpracticing physicians and even administrators without medical training. They said the VA administration wanted to improve the facility’s marks on the Strategic Analytics for Improvement and Learning program. VA facilities receive star rankings based on the results.

One of Paxton’s rebuttals to the five doctors’ claim is the fact that the facility’s rating, at one star, is as bad as it gets.

“On its face, this shows there is no manipulation of data because, if the facility were manipulating data to boost its rating, wouldn’t it be getting a higher score?” Paxton asked.

Russi has worked with the five doctors who wrote the letter, and he trusts their account. He described them as “fantastic physicians. I would go to them any day, any day of the week.”

Russi has recently been in the news alleging VA Chief of Surgery Dinesh Ranjan fired him from the Eugene VA clinic for what he said was whistle-blowing, after less than a year on the job. Russi is a retired Air Force colonel who was deployed four times as a combat surgeon and once as a hospital commander. He later served as the trauma medical director at Sacred Heart Medical Center at RiverBend.

Russi helped save three of the victims of the 2015 Umpqua Community College shooting who were brought to RiverBend. So did the five doctors who wrote the letter to the Times.

Ranjan is one of several administrators named by the five doctors in their letter, along with Paxton, as having put the desire to make “spreadsheets look better” over the needs of patients. Another person listed is Ranjan’s wife, Chief of Staff Ratnabali Ranjan.

Paxton isn’t a doctor. Ratnabali Ranjan is a pediatrician, a specialty Russi thinks makes her an odd choice for chief of staff at a VA. Dinesh Ranjan came under fire a few years ago for performing colonoscopies incorrectly and retaliating against at least one doctor who blew the whistle on him.

Russi also expressed concern about the treatment of an 81-year-old patient discussed in the New York Times story. According to the story, the man had fractured ribs but after a nine-hour wait was turned away from the VA’s emergency department over the objections of two doctors, on the say-so of a nurse following administration guidelines.

Russi said the man should have been admitted. In octogenarians, Russi said, broken ribs not treated properly can lead to pneumonia.

“It’s the No. 1 cause of death, post rib fracture, in an octogenarian,” he said.

Laura Follett, a whistle-blower who resigned as part of a settlement with the Roseburg VA, was also quoted in the Times story, talking about the high turnover of primary care doctors at the VA. She told The News-Review she was unaware of what was happening in the ER, but she believes it, and said it makes her sick.

“I’m glad people are coming forward and speaking out. It’s not easy. I’m afraid this is the tip of the iceberg,” she said.

Follett, whose story was previously told in The News Review, believes she was pushed out of her job managing primary care teams because she challenged her supervisors when they wanted to break the VA’s own rules, sometimes including rules that protect patient safety. She received $40,000 as part of the settlement. The VA alleged Follett’s performance was substandard and she was volatile and aggressive with other employees.

Both Follett and Russi laid the blame for the problems identified in the New York Times report at Paxton’s feet. The Douglas County Veterans Forum, a group representing about 5,000 local veterans, has not taken the same approach. The forum recently issued a vote of no confidence against Ranjan, but expressed support for Paxton.

Veterans Forum President Larry Hill said he’s waiting to see what the VA investigators who interviewed about 200 VA employees in November and December turn up.

Hill said he thought the New York Times account was a bit one-sided.

“We in the veterans community here are taking a wait-and-see attitude right now. Because we’re waiting for another shoe to drop, to be perfectly honest,” he said.

One thing he did find eye-opening was in the letter sent by Paxton to the staff, in which he said it’s “finally in black and white” after years, that the 2009 closure of the Roseburg VA’s intensive care unit means that the VA has limited itself to no longer being a full-service hospital. The ICU closure was bitterly fought by the Veterans Forum for years, to no avail.

The letter said that the VA is primarily an outpatient center, with “limited capabilities,” and that it’s important to be transparent about the fact that community hospitals are better able to treat veterans with many conditions.

“(I)n the case of Roseburg, which has no intensive care unit and limited surgical capabilities, we are ensuring that Veterans receive the best care, whether from VA or in the community,” Paxton wrote.

After a year-and-a-half wait, The News-Review has received a copy of a report by federal investigators looking into concerns about the Rosebur…

Basically they covered themselves by saying there is no ICU, and therefore we cannot treat all the veterans that need a higher level of care. Go to community hospitals. The problem with that is you have to get approval from Tri Care through the VA, and that is very difficult. If you need to go to a community ED because you are having a heart attack, you need approval first, or you may have a huge hospital bill that you cannot pay. Catch 22.

Yes MJM you are correct. Many of the veterans do not have secondary insurance. This means their "insurance" is the VA. The VA plays a game with them making it mandatory for them to come to the VA ER. If they go to a community ER the VA will not pay for their bill because it was not an approved visit. These bills can actually run into the five to six digit range if the patient is admitted to the hospital. The truth is, many of the patients turned away from the ER at Roseburg under the demands of the leadership are medically stable enough to be admitted to a facility without an ICU. There are board certified ER physicians working in both the ER and the inpatient ward at the Roseburg VA. Why are they not qualified to make that decision? The gentleman in the NYT article clearly did not require a facility with an ICU...he was sent to a nursing home!!

President's Oregon disaster declaration will free up funds for Douglas County
Coronavirus cases on the rise, and we haven't hit the peak yet