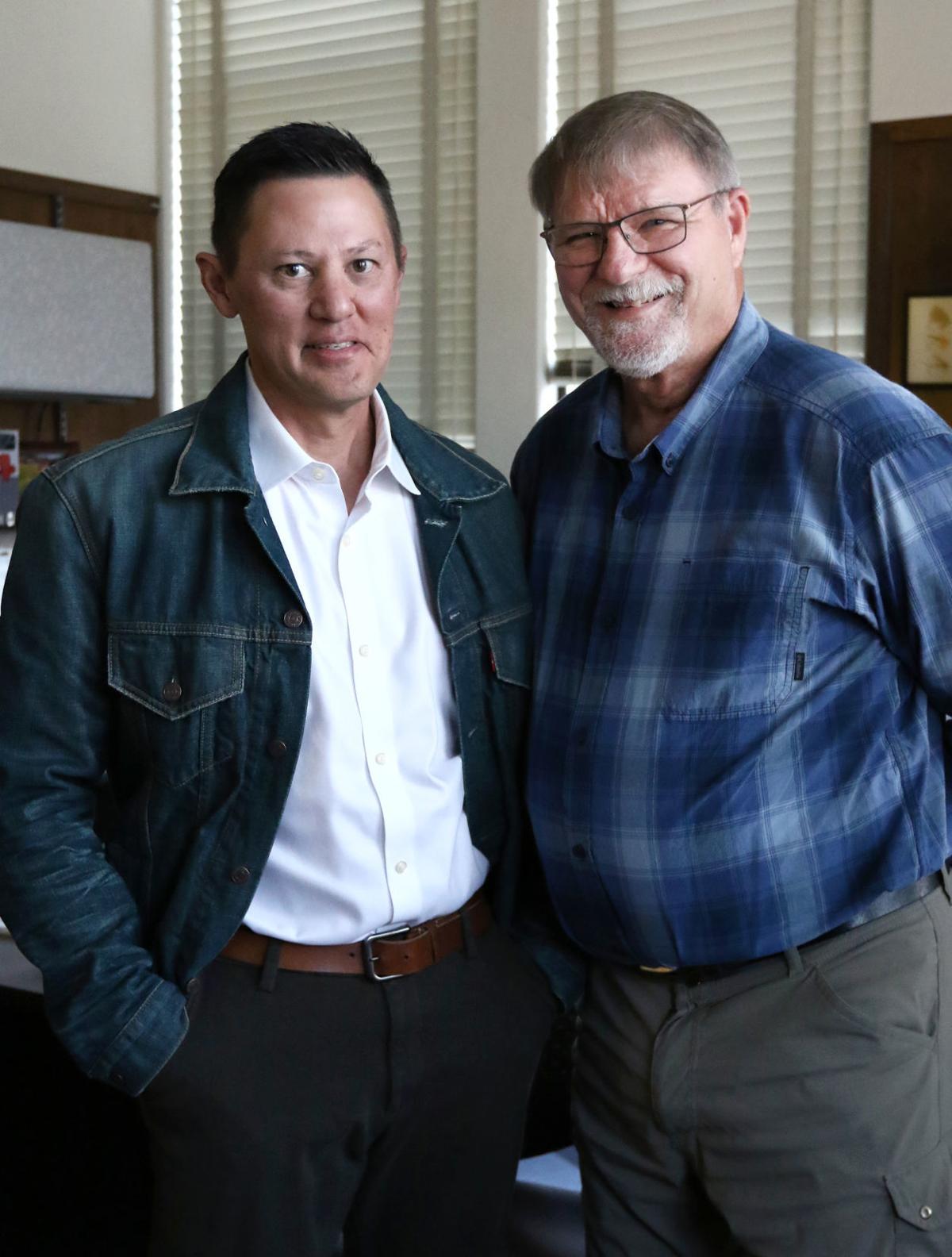 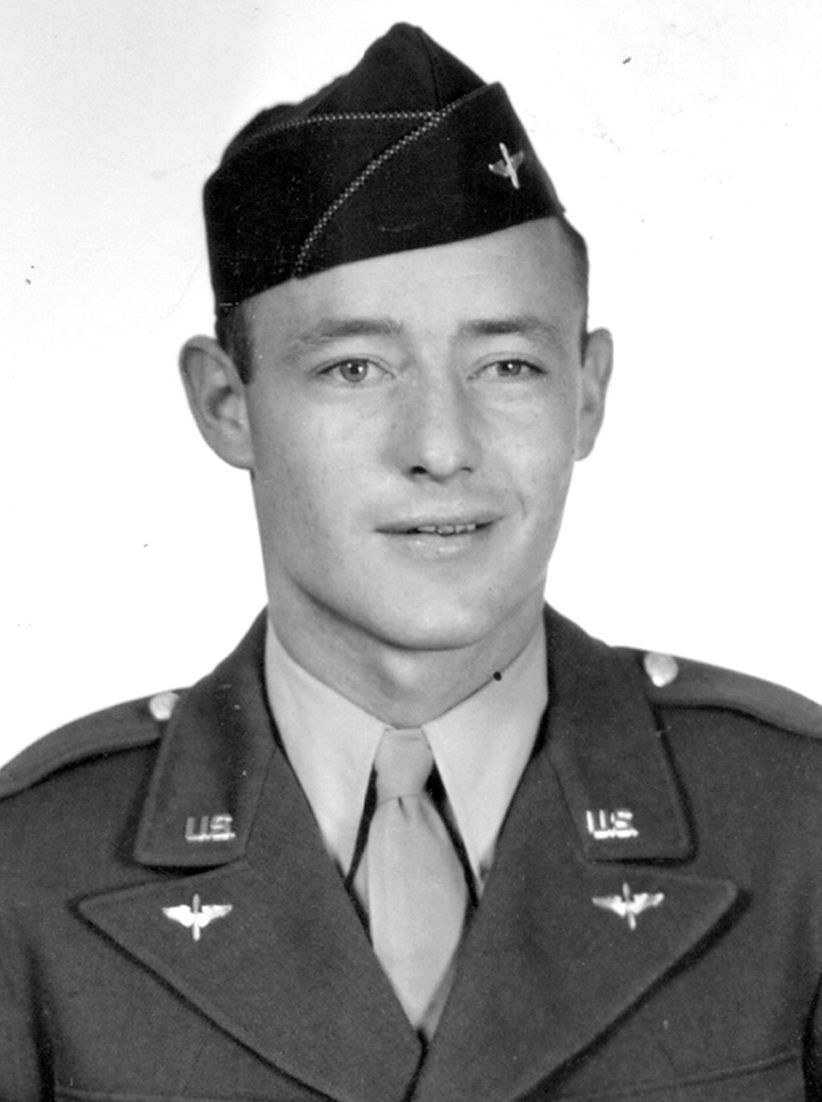 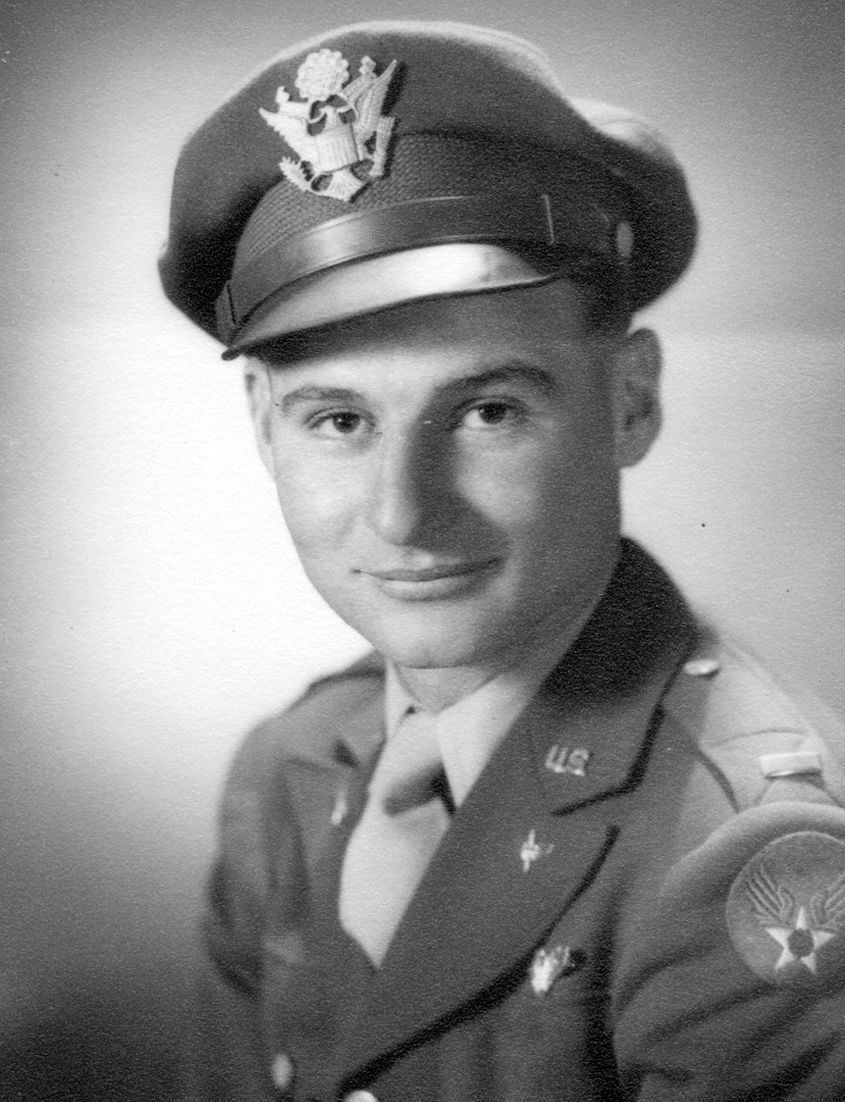 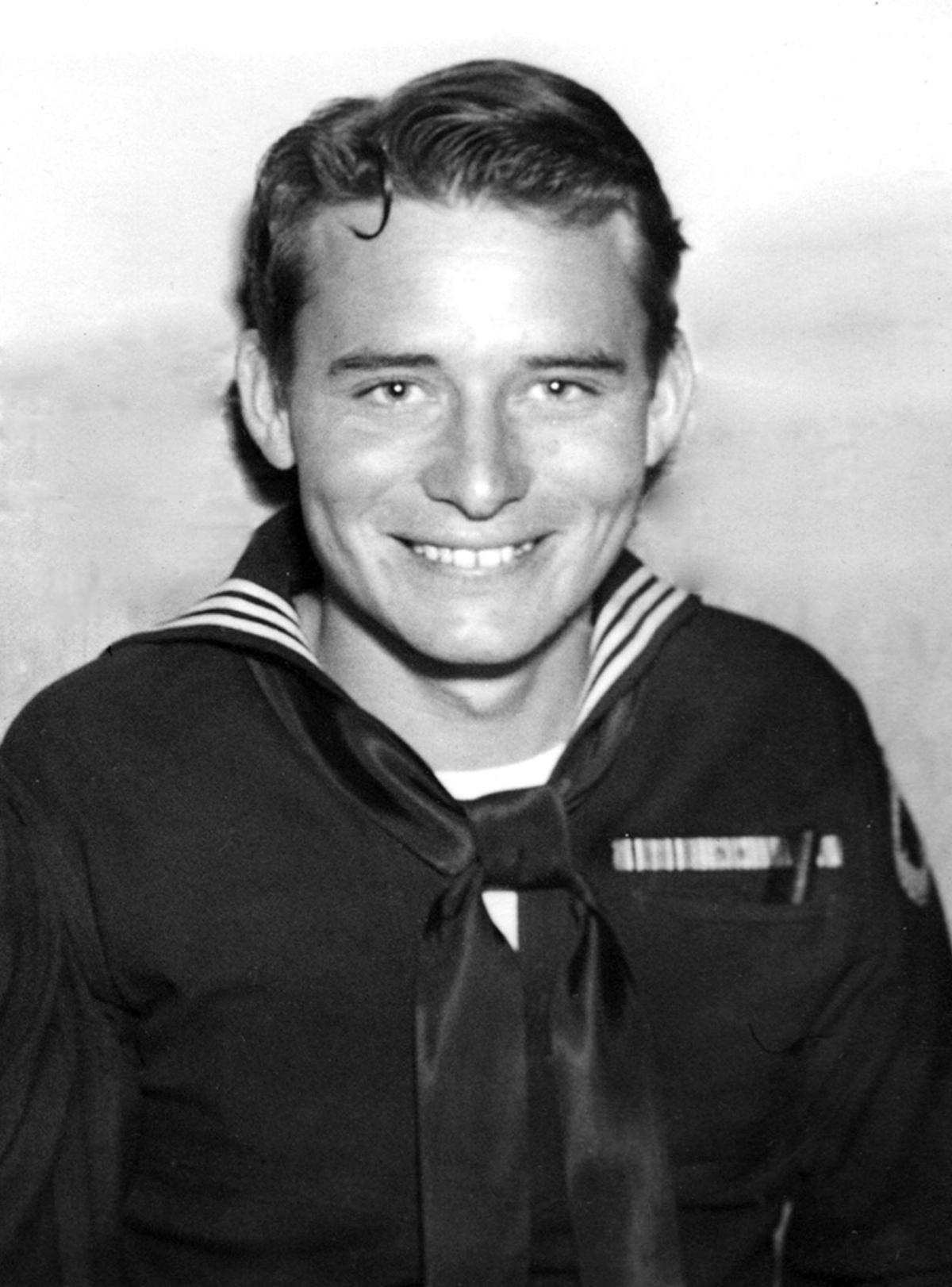 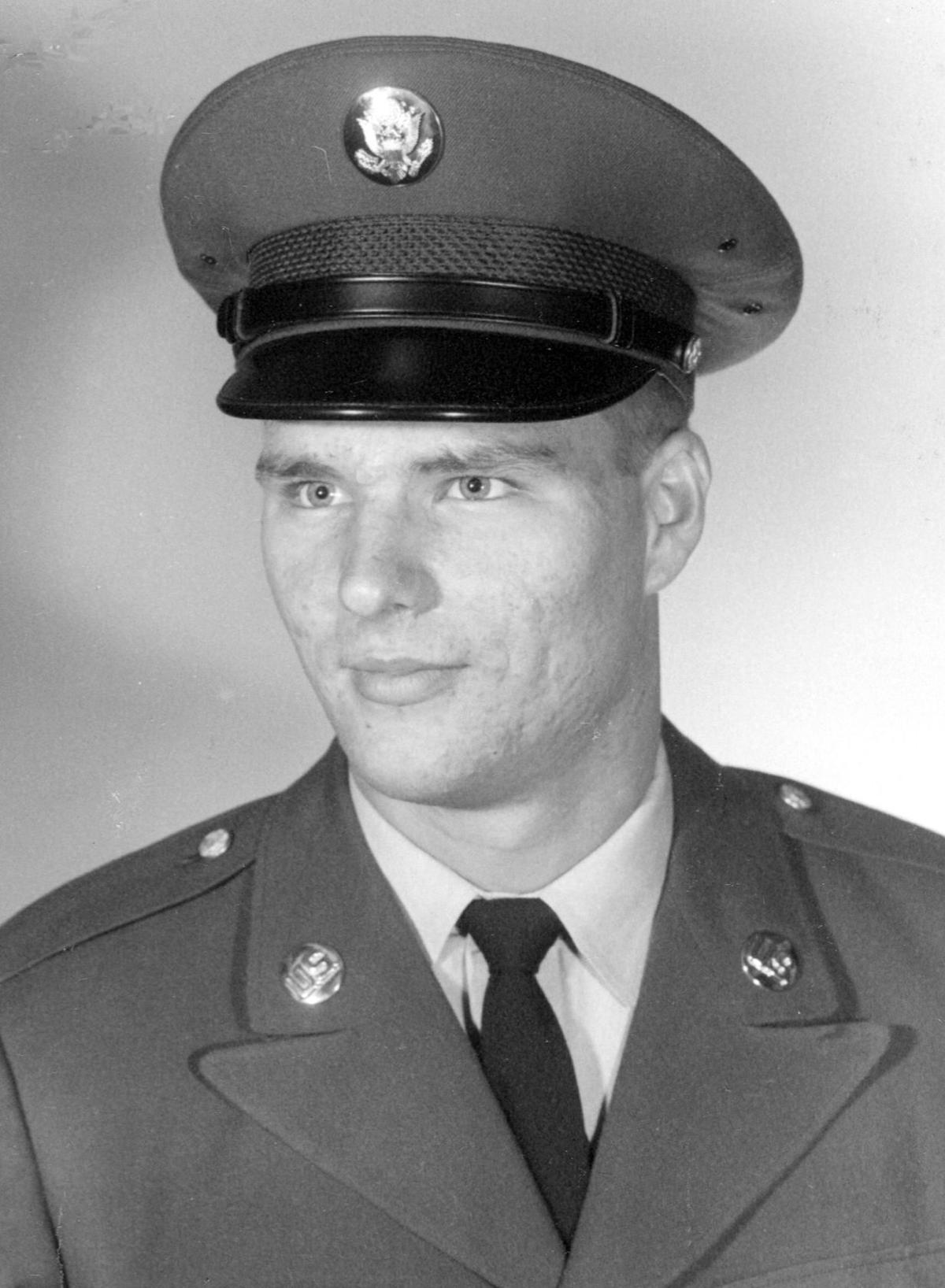 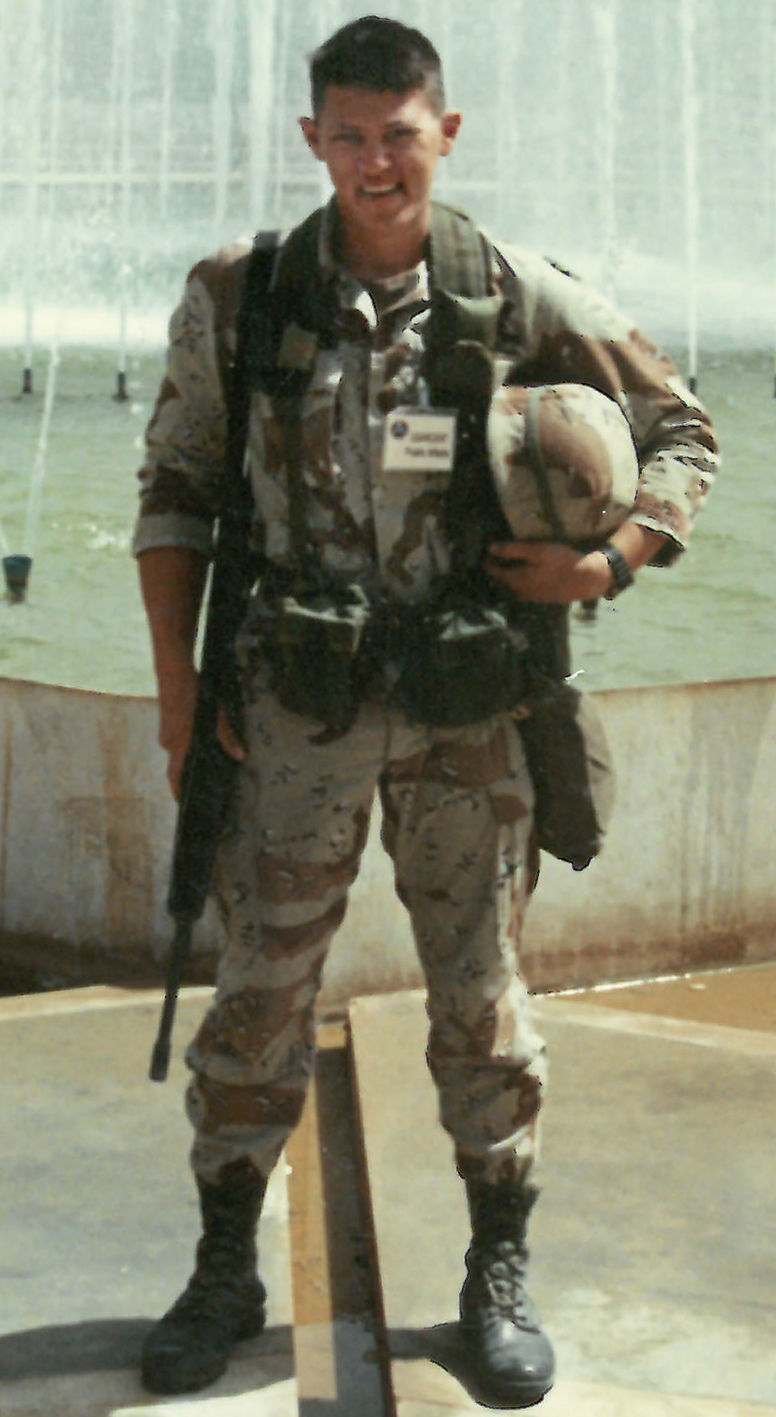 Douglas County Human Resources Director Michael Kurtz’s great grandmother had to sew a fifth star onto her four-star flag to account for all her sons serving in World War II.

The five brothers were part of a long line of Kurtz men serving in wars that spanned from World War I to Operation Desert Storm. On Monday, three of these veterans will appear as grand marshals in this year’s Veterans Day Parade. The parade begins at 11 a.m. in downtown Roseburg. The theme this year is “Celebrating Generations of Military Families.”

Michael Kurtz sat down last week with his father Dale Kurtz, a retired teacher from Riddle, to talk about their family’s intergenerational commitment to military service.

“As a kid, I kind of liked the war movies — the John Waynes and the Rambos — but the reality was I had some real-life John Waynes that actually served in the military and did some pretty heroic things,” Michael Kurtz said.

Marion Kurtz, Michael’s great grandfather, served in the Army during World War I.

Harold Kurtz flew cargo missions and transported combat soldiers in a glider plane. He also flew Jews out of the concentration camps after the war was over.

Merle Kurtz was a fighter pilot who flew a P-51 Mustang. He was shot down by the Germans and became a prisoner of war. At the same time, he was a prisoner of the Germans, his father Marion Kurtz had German prisoners of war working on his farm south of Ontario in Eastern Oregon.

“They were short of labor because all the men were gone,” Dale Kurtz said.

“One time they saw he had a guitar hanging on the wall, and they asked him if he could play a song for them. He said, ‘What do you want me to play?’ They said ‘Don’t Fence Me In.’ Somehow they had a little bit of humor out of their situation,” Dale Kurtz said.

Merle Kurtz was eventually returned home safely to his family.

Another brother, Robert Kurtz, was an Army captain who served in the 5th Armored Division in Europe and fought in the Battle of the Bulge.

And Dudley “Dud” Kurtz, the youngest brother and the only one still living, broke with family tradition and served in the Navy. He was a signalman on a minesweeper and served during the Battle of Okinawa. It was the Army’s own recruitment campaign that convinced him to join the Navy.

“His name is Dud and the Army had posters they didn’t want any Duds. That’s the story he tells,” Dale Kurtz said.

Dudley Kurtz, now in his 90s, plans to join the parade Monday.

Dale Kurtz was drafted into the Army during the Vietnam War. He trained in electronics and then was sent to Vietnam for a year. He was stationed in Saigon as part of a microwave communications unit. Their job was to maintain the equipment for the now obsolete technology that was used at the time for communications.

Later, he was stationed in Washington, D.C. as part of a riot control unit that was there in case new riots would break out from civil rights or antiwar demonstrations.

Michael Kurtz’s grandfather on his mother’s side of the family was a highly decorated Army soldier. Charles Beckham, who Michael Kurtz called Grandpa Chuck, served in World War II, Korea and Vietnam. He was in the airborne infantry, the Army Rangers and was among the first Green Berets. He received multiple purple hearts for his service and gave one of them to Michael Kurtz.

It was Grandpa Chuck who helped Michael Kurtz, who had been an unenthusiastic student at high school, see the military as a good alternative to heading straight to college.

As a photojournalist, he had an unusual level of access to important people and events, even as a private. It was easier to see the big picture while doing his work.

At the beginning of Operation Desert Storm, he was called in to take pictures of a meeting once. He wasn’t told ahead of time what it was, and his major wasn’t allowed to attend.

“I went in to take the pictures and it was all of the generals doing the final planning for the ground war operation for Desert Storm,” he said.

The generals were colleagues who had attended West Point, so they were relaxed with each other and yet it was a highly formal, top-secret planning session.

In August 1990, when he had first arrived in Saudi Arabia, Kurtz’s unit arrived at a place they called Hotel California. They gathered around a pool and a general climbed up the lifeguard tower and said he needed to get things ready for war, so he was going to put them in jobs they might not ordinarily have and in positions regardless of rank.

He put Kurtz in charge of his public affairs office.

“I didn’t realize it at the moment, but looking back It’s one of a handful of events in my life that have continued to influence who I am and what I became,” he said.

In addition to telling the story of what the military was doing, part of Kurtz’s job was to interact with civilian media. During that time he met National Public Radio’s Scott Simon, Dan Rather from CBS, Sam Donaldson from ABC and NBC news correspondent John Chancellor.

Some people just read about history, but Kurtz feels that he and his family had a front-row seat to history.

Dale Kurtz said one of the things that impresses him is the change in communications between the soldiers and their loved ones back home. When his parents and grandparents wrote back and forth, the letters were sparse and far apart. It took a long time to respond. When he communicated with his bride Esther, he could write to her and receive a response within a week.

But when Michael Kurtz was in the Persian Gulf, he could sneak out and borrow a satellite phone from an officer’s rig, though he noted he did get in trouble or it.

“I got called into the office and they wanted to know where all these calls to Riddle, Oregon were going,” Michael Kurtz said.

His younger cousin, though, can Skype and play computer games with his kids.

“Think of the communication change over the generations,” Dale Kurtz said.

While Michael Kurtz was overseas, his great grandmother Edith Kurtz, sent him a letter.

“She had written in the letter that she wasn’t worried about my safety, that she had sent her husband off to war, her five sons and her grandson off to war. They all came back just fine and she had confidence that somehow all the Kurtzes were somehow protected by the grace of God. We were all coming home,” he said.

And they all did.

Michael Kurtz said he’s happy that he and his family members will serve as grand marshals.

“I’m just excited to be able to share that experience with my dad and great uncle. Being able to certainly honor uncle Dudley, it feels good to be able to have the family together to be able to do that,” he said.