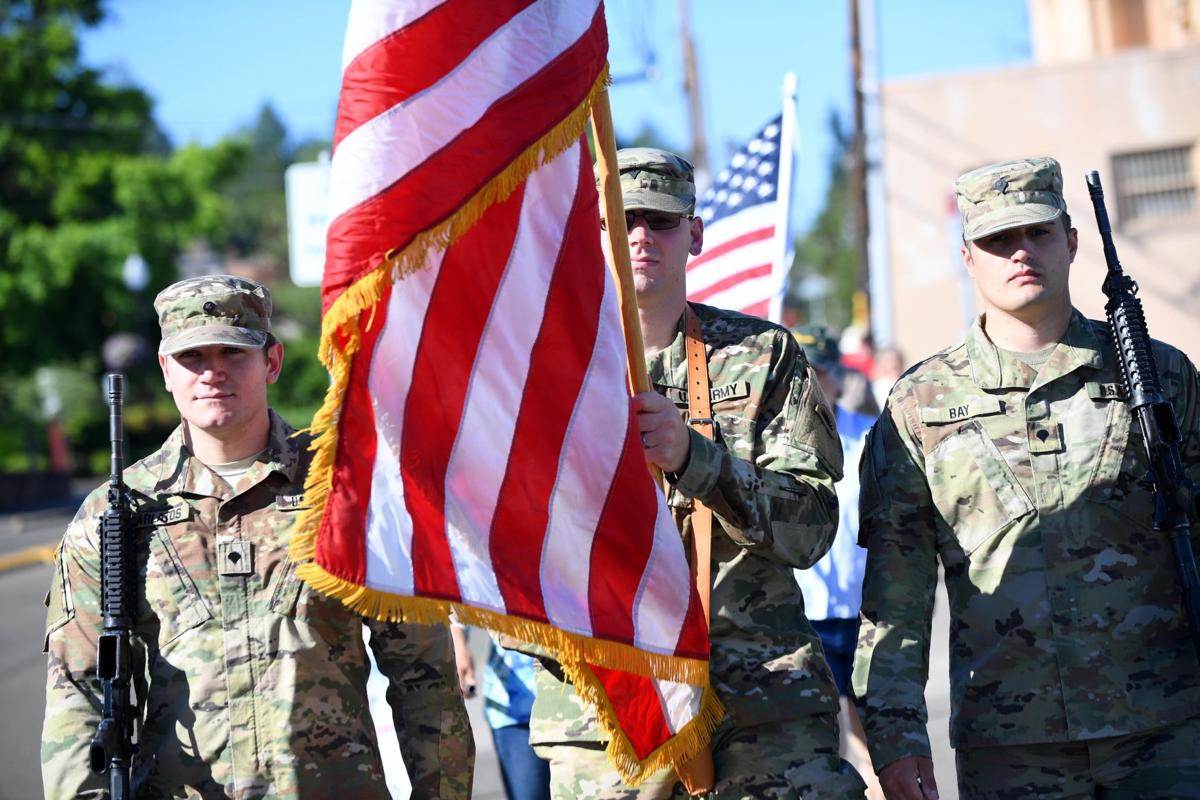 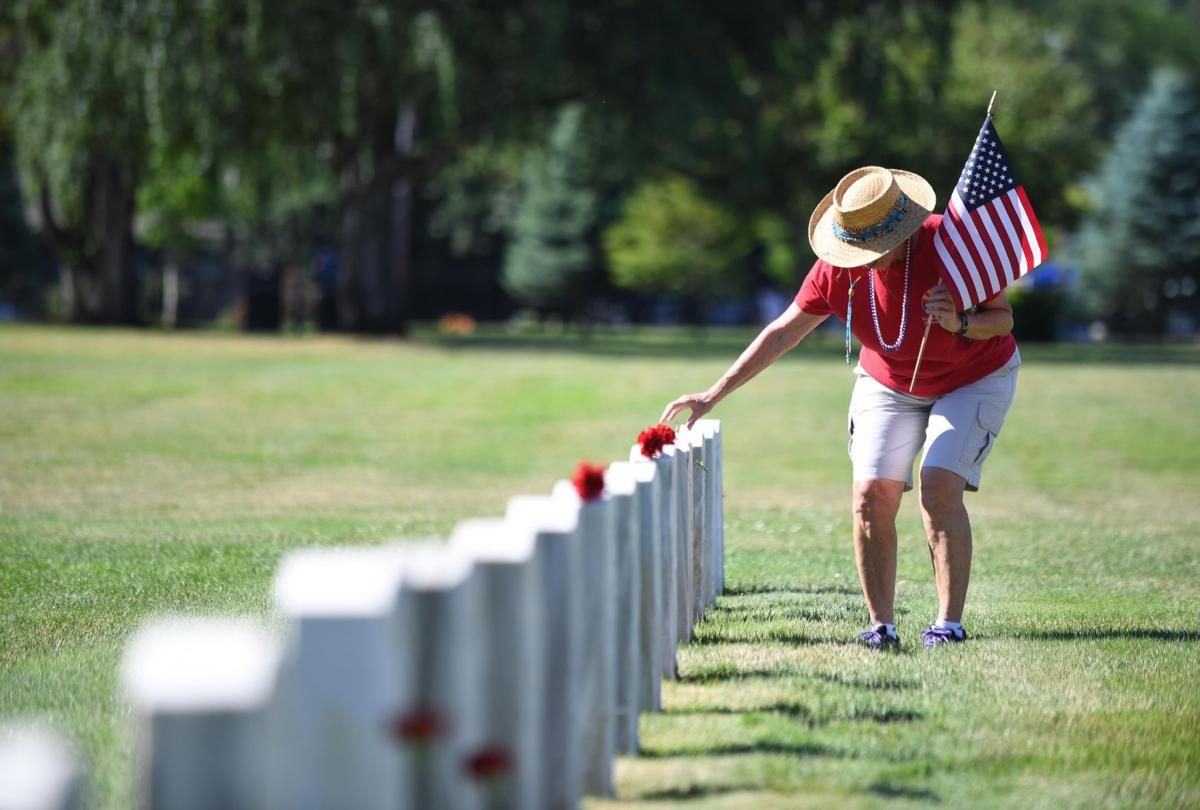 One hundred years ago, a crowd of Roseburg veterans marched from the downtown armory to a hospital for local soldiers who were recovering from injuries.

The 1.5-mile march was called the Honor Walk, because it honored soldiers who died defending their country. It took place every year on Memorial Day until 1917.

That walk was reenacted for the first time Saturday afternoon. Although the names of the destinations have changed — the old armory is now the Flegel Center, and the hospital is now the Umpqua Valley Arts Center — the spirit remained the same.

After the walk, people placed flowers on soldiers’ graves at the Roseburg National Cemetery.

About 30 people walked more than a mile from the Flegel Center to the arts building, enduring temperatures that were nearing 105 degrees.

A handful of uniformed National Guard soldiers led the way, carrying flags with rifles at the shoulder position. Some attendees were veterans, and many more were relatives of veterans and current soldiers.

“A lot of my family, ever since the Revolutionary War, have served in the armed forces,” said Marie Belmont of Roseburg. “So it’s important to my family.”

The walk re-enactment was held Saturday as part of the Umpqua Valley Arts Center’s 100-year anniversary. The old soldiers hospital was converted into an arts center in 1917. People who attended the walk got free admission into the center’s art show during its 49th Annual Summer Arts Festival.

The Honor Walk kicked off the center’s year-long series of centennial events celebrating its 100-year anniversary. Organizer Stacey Crowe said she hopes the Honor Walk becomes a recurring event, particularly on Memorial Day, when it was originally held.

“The Honor Walk honors our veterans who have died serving our country,” Crowe said.

Bob Tanons of Sutherlin walked in support of his friends who died while serving in the armed forces. He spent 17 years in the U.S. Air Force.

“A lot of the guys I used to know — probably half of them — died of unnatural causes fighting in wars,” he said. “I’m glad to do it. I don’t feel hyper-patriotic about everything that happens, but these folks are the reasons why we are able to walk around free like we are today.”

Thank you to all who have served this country. I realize freedom isn't free. Thanks again for your service. :)