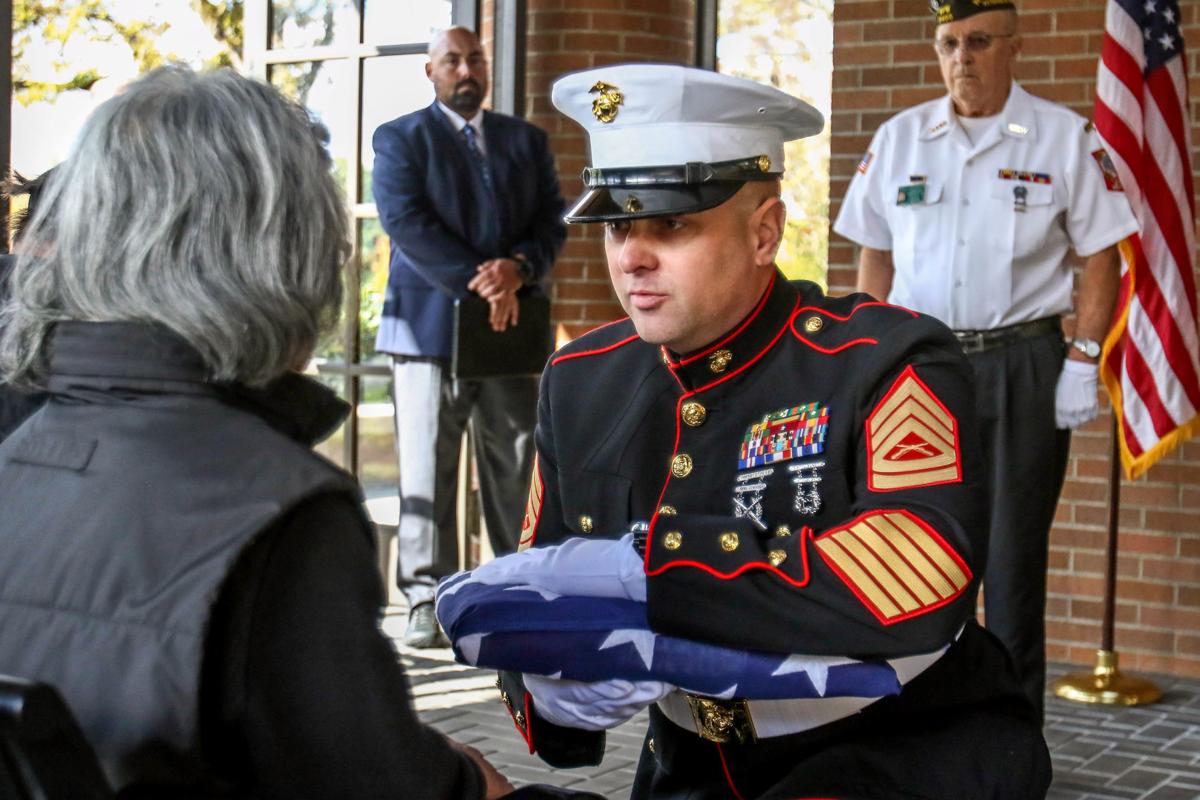 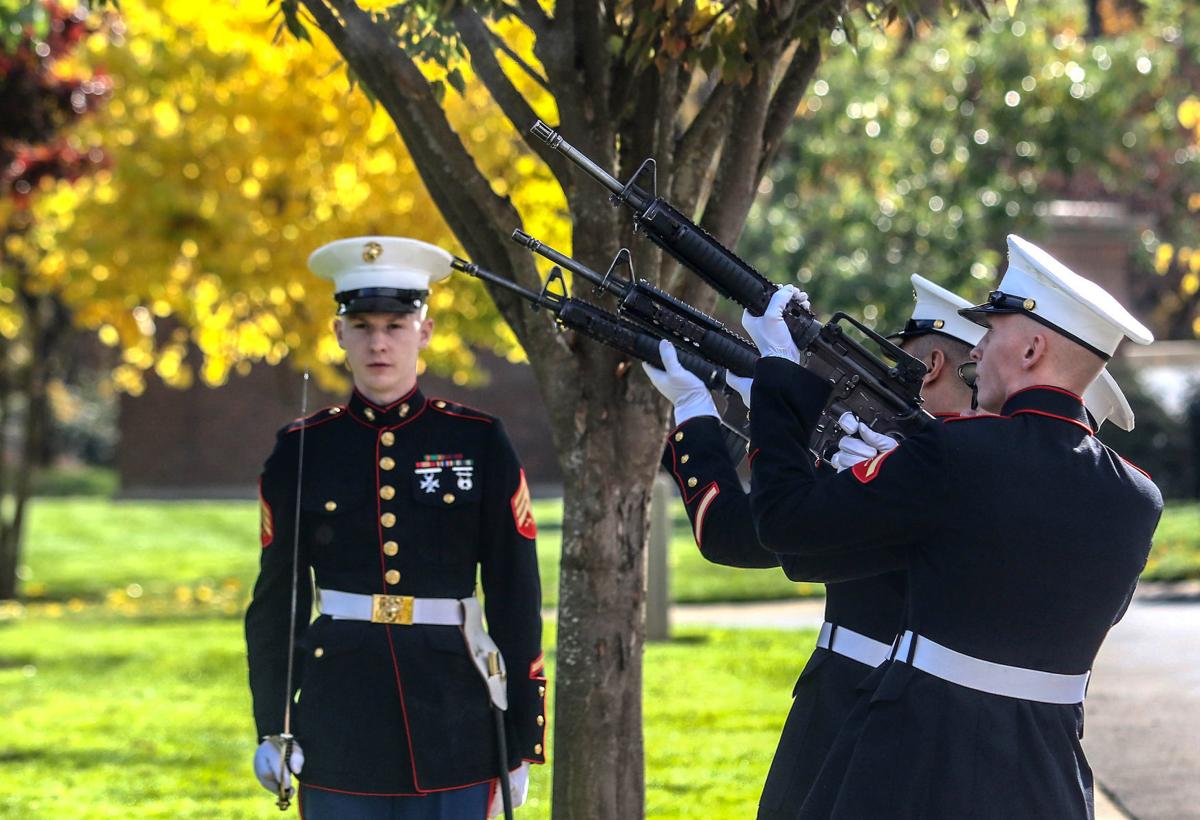 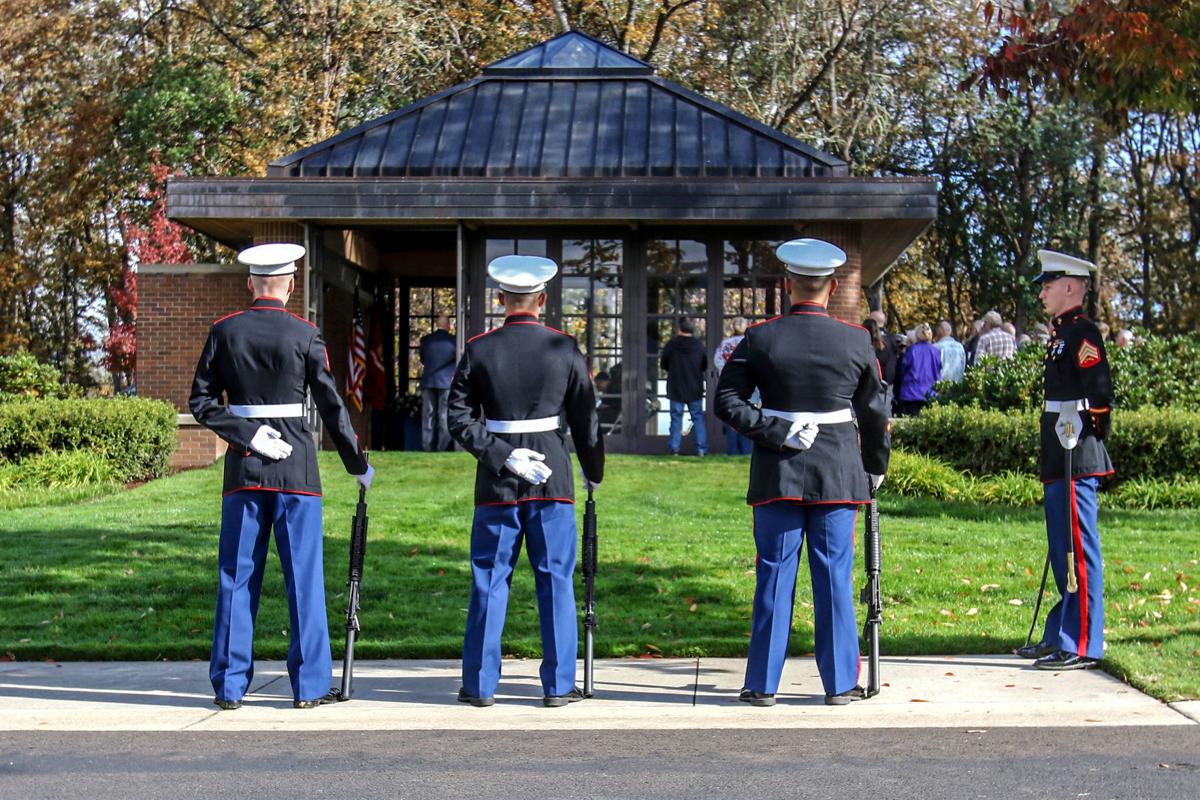 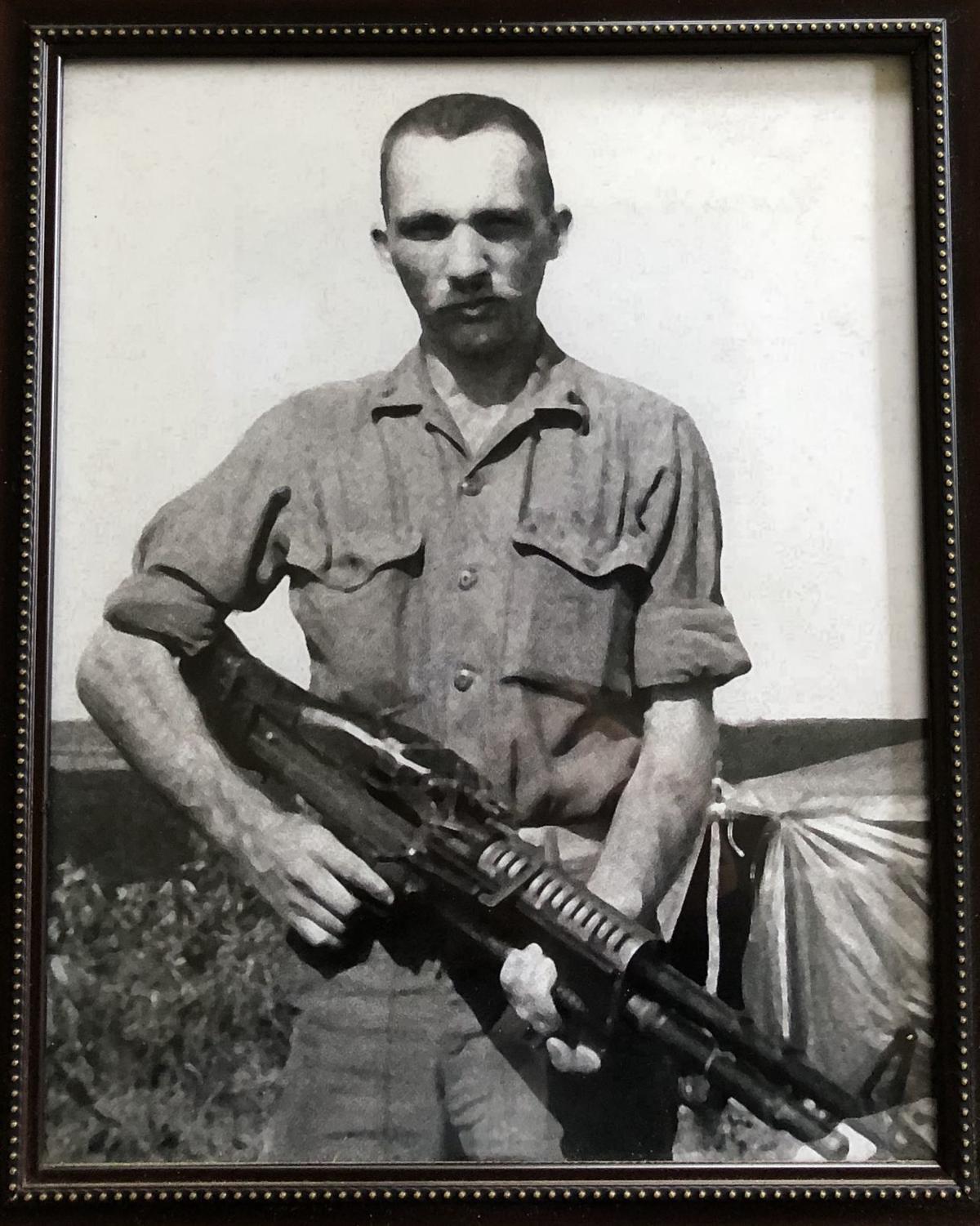 Jerry Frear in Vietnam in 1960s. He served 10 years in the Vietnam War and earned three Purple Heart medals. Frear died on Oct. 10 at his home in Roseburg and was given a full military funeral at the Roseburg National Cemetery on the VA Medical Center grounds. 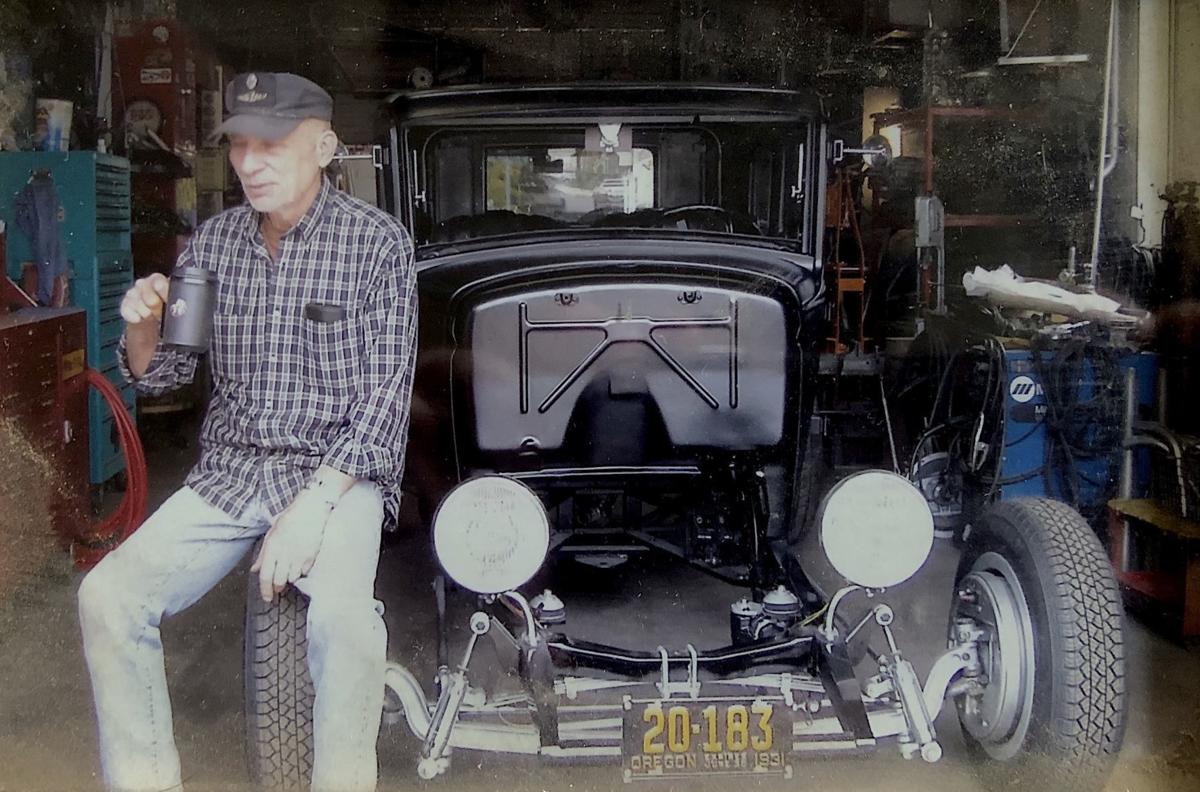 Jerry Frear, Vietnam War veteran, who died Oct. 10, shown taking a break in his garage where he worked on cars for many years.

Jerry Frear in Vietnam in 1960s. He served 10 years in the Vietnam War and earned three Purple Heart medals. Frear died on Oct. 10 at his home in Roseburg and was given a full military funeral at the Roseburg National Cemetery on the VA Medical Center grounds.

Jerry Frear, Vietnam War veteran, who died Oct. 10, shown taking a break in his garage where he worked on cars for many years.

Jerry Frear was a Vietnam veteran in the U.S. Marine Corps and served 10 years during the war in Vietnam. Incredibly, he earned three Purple Heart medals and many other citations while he was there.

Frear died at his home in Roseburg at the age of 79 on Oct. 10 after a long illness. He was given a full military funeral with the ceremonial three volleys at the Roseburg National Cemetery on Oct. 23. Many of his friends, classmates and fellow Marines were at the service.

Retired Marine Chief Warrant Officer 3 Jarrett Nielsen came to the funeral, not only because he was a friend and went to high school with Frear’s son but also because they were fellow Marines. Nielsen served in Iraq, Afghanistan and Egypt. Besides being in war zones, they had one other thing in common. Both married Japanese ladies when they were deployed.

Nielsen was very impressed with what Jerry Frear represented. Many times he would use Frear as a sounding board to talk about their experiences in war.

“He was a hero, but he wouldn’t call himself that,” Nielsen said. “I look at my own generation and I acknowledge that we haven’t done enough. I spent 23 years (in the Marines) but Jerry was the exception for his generation, and folks staying 30 years, warriors like Jerry, you don’t see those. We’re always going to need guys like Jerry.”

Frear was in the Roseburg High School class of 1959, although he didn’t graduate. He took an equivalency test and went into the Marines and almost immediately went to Vietnam in 1960, near the start of the war, and left in 1969.

“I had to go seek my fame and fortune, and dodge some bullets, I was a diver and a parachuter, I was right in the mix of everything,” Frear said. “But I got to see the world and go places, that wasn’t too bad.”

Frear met his wife, Masaka Frear, while in Okinawa, and they were married for almost 50 years. They had two sons: Donald, who preceded Jerry in death, and Jesse, 45, of Roseburg.

“I am very proud of him,” Masaka Frear said of her husband.

Jerry Frear was wounded three times in his 10 years in Vietnam and given Purple Heart medals for each of those instances. The Purple Heart is awarded to members of the armed forces of the U.S. who are wounded in war.

He was trained in deep-sea diving and a military skydiver, certified in amphibious and combat reconnaissance and was skilled at weaponry.

In a conversation with The News-Review two months before his death, Jerry Frear said the U.S. troops could have ended that war but weren’t allowed to.

“That was it, every time you tried to do something, they’d slap your hand. We could have cut a line clear up to China and that would have ended a lot of it,” he said.

Jerry Frear served 30 years in the Marine Corps before moving back to Roseburg. He was hired as a correction’s deputy for the Douglas County Sheriff’s Office in 1980 and ran unsuccessfully for Douglas County Sheriff in 1989. He worked as a security officer for Umpqua Community College for about 16 years.

Frear used his mechanical talent to work on cars; Ford Flatheads were his favorites.

“That’s what I used to do, when I got out of the Marine Corps, I bought this place and I made it a place where I could play around,” Frear said. “I used to do a lot of old Flathead Ford V-8 engines, I could put a lot of them in here.”

“At one time he had over a hundred flathead motors sitting there in the shop with all that speed equipment,” said Chet Hanson, a friend from high school days.

“He was a great guy,” said Don Larsen, a longtime friend and fellow car enthusiast. “And a Marine forever.”