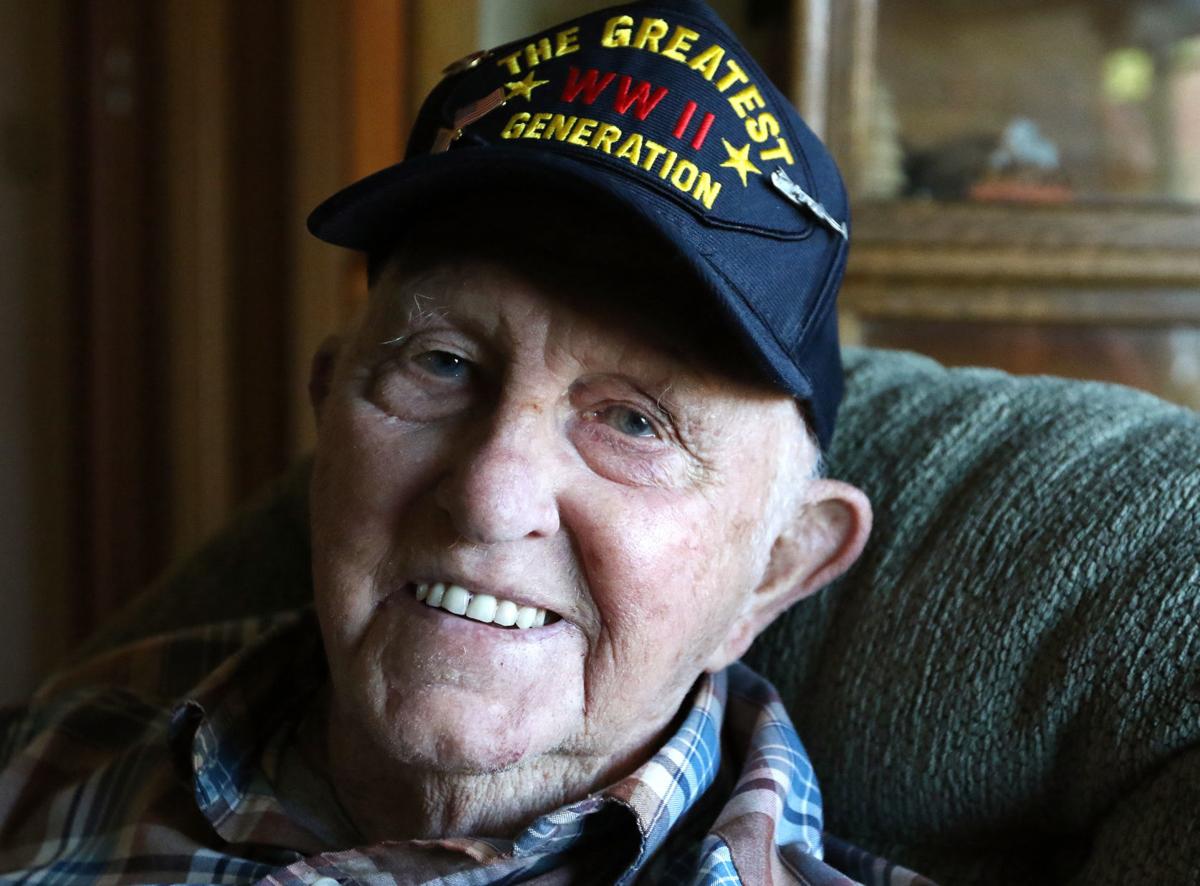 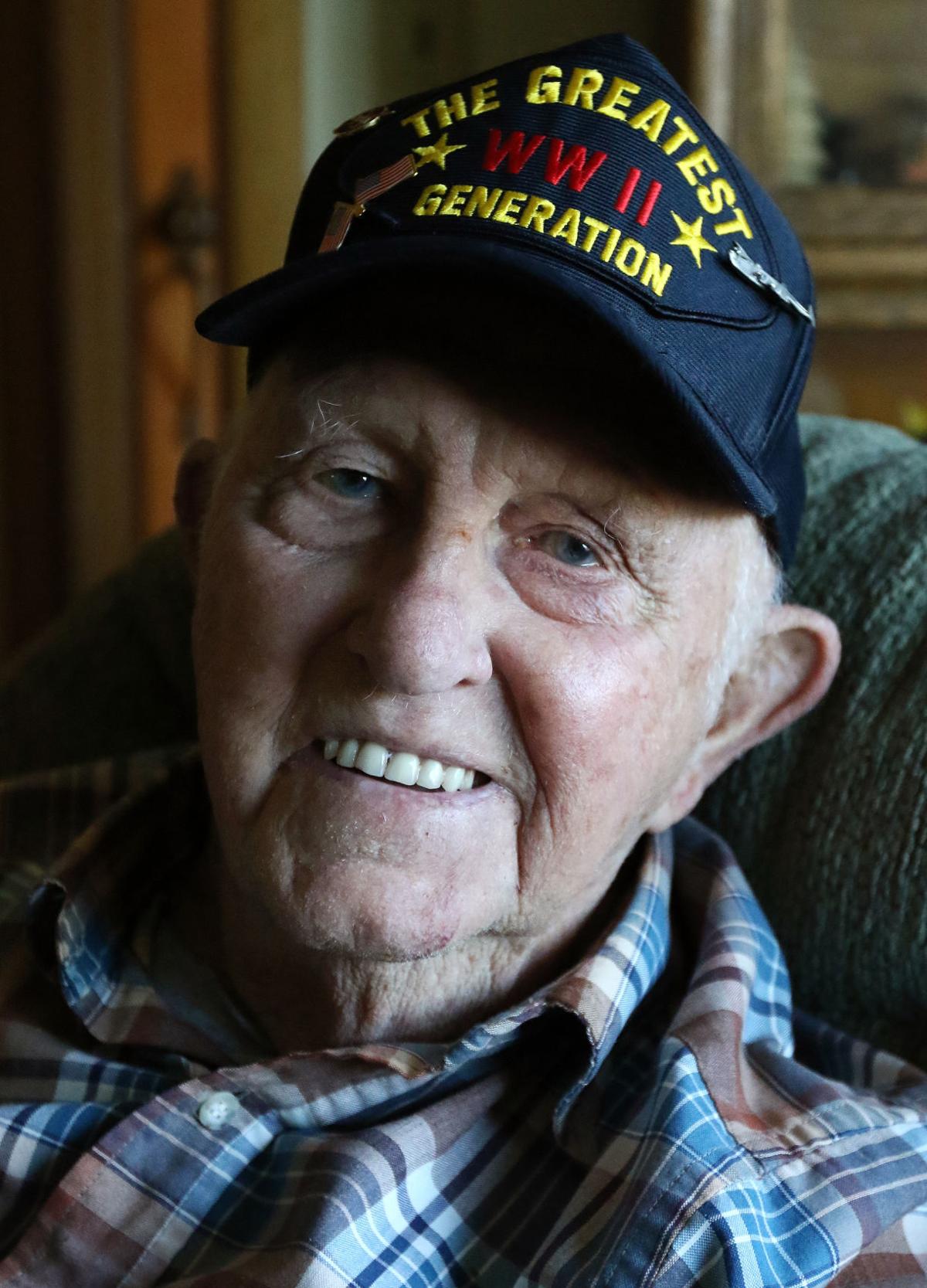 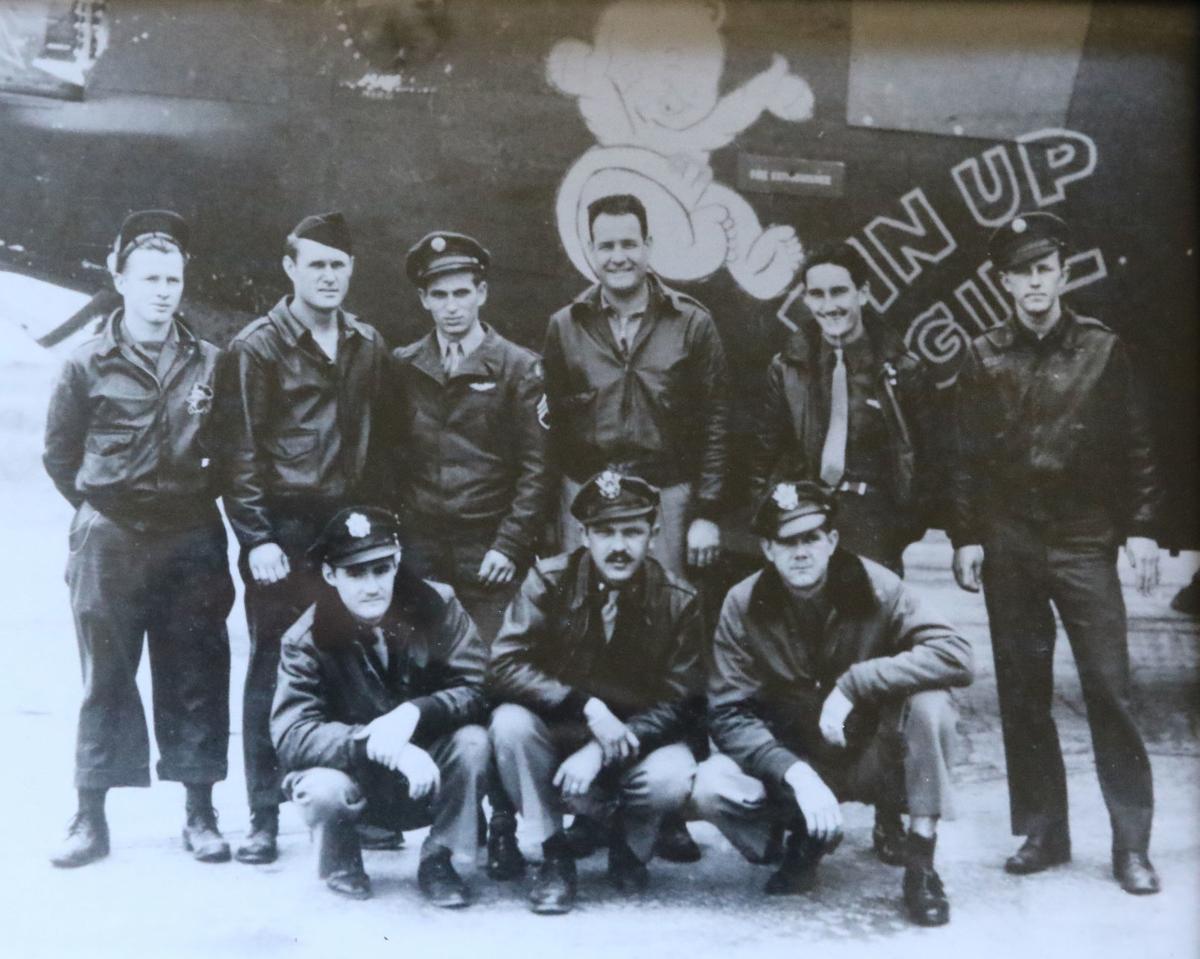 Air Force veteran Don Severson, right, poses for a photograph with the airmen he served with as a radio operator of a B-24 Liberator bomber airplane during his service in World War II.

Air Force veteran Don Severson, right, poses for a photograph with the airmen he served with as a radio operator of a B-24 Liberator bomber airplane during his service in World War II.

He served as a radioman and backup gunner on a B-24 Liberator that ran 32 missions during World War II — bombing runs over Germany and missions bringing fuel to troops and pilots in France.

Severson served for three years and nine months in the 8th Air Force, 489th Heavy Bombardment Group, 844th Squadron, which was based in Halesworth Airfield, England during the war.

As a radioman, he sat right between the pilot and the copilot when the Liberator made its runs.

“We had a lot of flak, that was the worst part. You get on the target and you can’t leave, you have to stay and they were shooting flak at you all the time,” he recalled.

Unlike many of the B-24s, the plane Severson served on was never shot down, he said. The Germans did at one point blow a hole in the rudder, though.

As radioman, he was responsible for all the communications, as well as identifying other aircraft as friend or foe. He was very close to his crew, according to his son Ron Severson of Eugene.

“It was just a really hard time, but they had a good team. When they’d get back they gave them a glass of whiskey when they got off the plane, because they needed it,” Ron Severson said.

After the war, Don Severson rode a motorcycle from Oregon to Minnesota, where he’d grown up, and back again. He settled in Oregon because his parents and other family members had moved here, starting with an aunt who married a timber man.

Severson first took a job in the now defunct timber company town of Valsetz, Oregon, which was located in the Coast Range west of Salem. He said it rained 122 inches a year there. Then he went to the University of Oregon on the G.I. Bill.

At Oregon, he was known as “Pops” because he had been to war and, at 25 years old, was a few years older than the other students.

It was there that he met Mary Betty Bristol at a “Hello Dance.” It was love at first sight, he said. They were married 68 years until her death in 2017.

After graduating, he took a job as a physical education teacher and coach at Roseburg High School for more than 30 years, from 1952 to 1983.

He was also a coach for the Lockwood Ford Motors American Legion Baseball team in Roseburg, later renamed Dr. Stewart’s.

He was assistant coach for Lockwood under Bill Harper, the winningest coach in the program’s history. Severson went on to become the second winningest coach when he took over as head coach from 1964 to 1967. He had a .748 winning percentage with a 110-37 win-loss record.

Ron Severson said his father’s place in local baseball lore still earns him regular visits from Medford coach Brete Wolf, who every year brings a group of students up to Severson’s home for a visit.

“It was the sort of place people could come there and there’d always be a piece of pie,” Ron Severson said.

Don Severson has also continued to receive recognition for his military service, including receiving an honor flight in 2014 and being a grand marshal in the Veterans Day Parade in 2016. His own assessment of his wartime contribution is straightforward.

“The way I look at it is somebody had to do it. It had to get done,” he said.