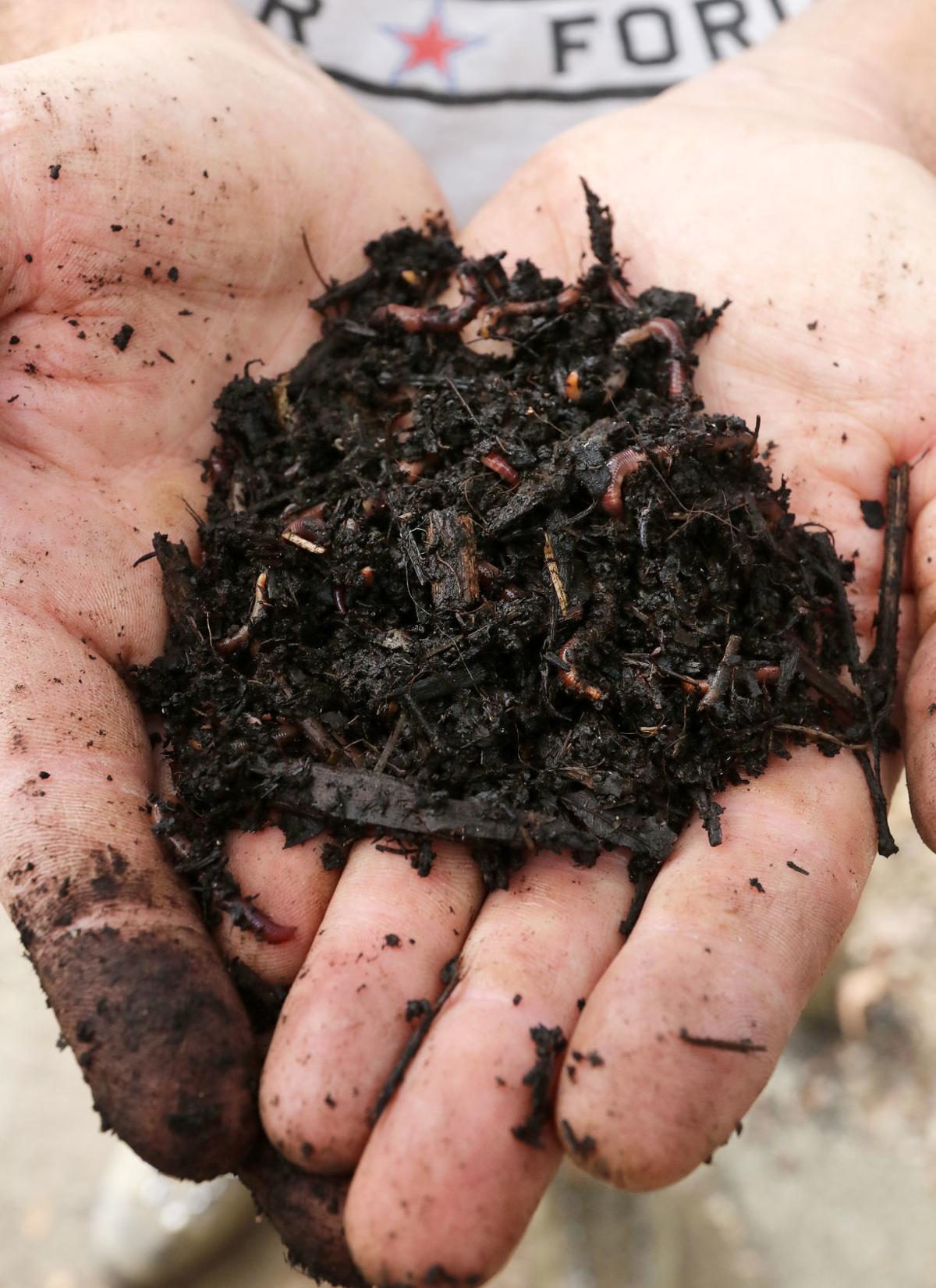 Rusty Lininger holds a scoop of food waste and compost at his Roseburg home on Thursday. 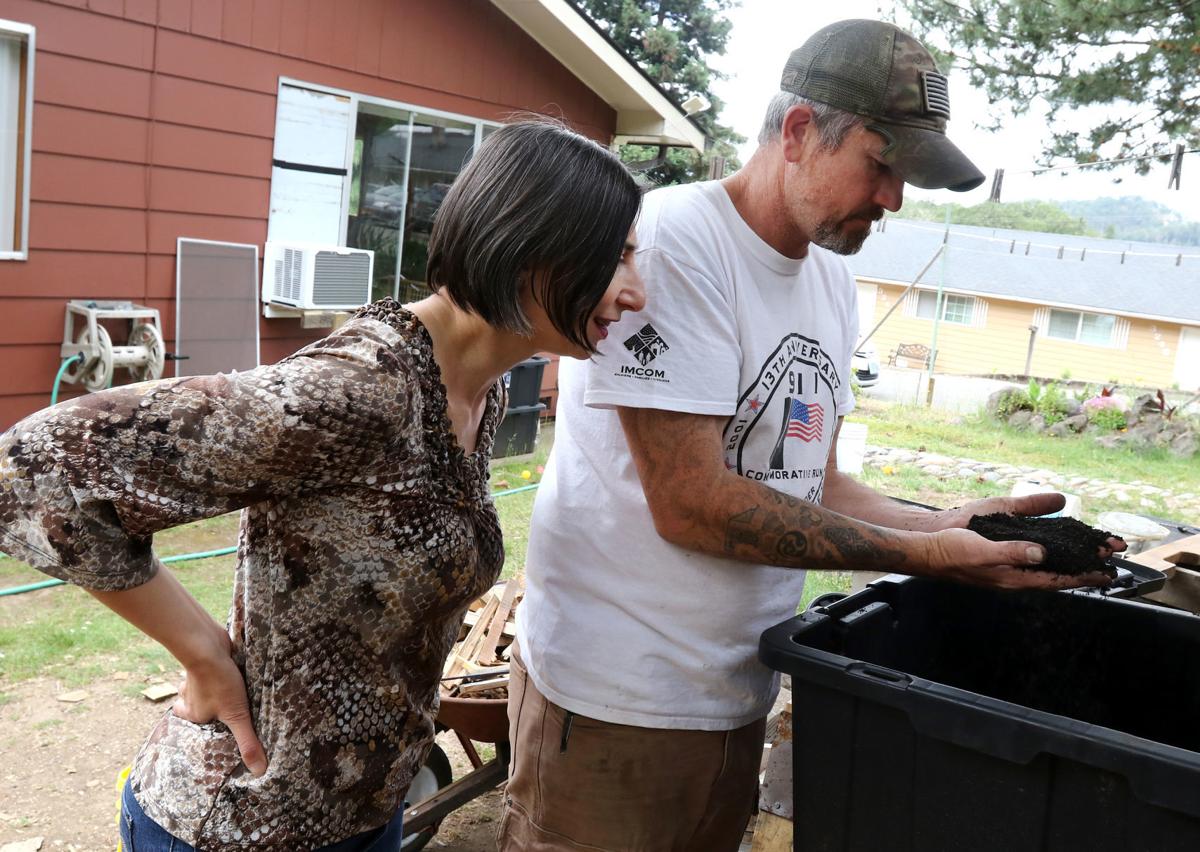 Rusty Lininger and his wife Elena Lininger check on a bin containing vermi-compost at their Roseburg home on Thursday. 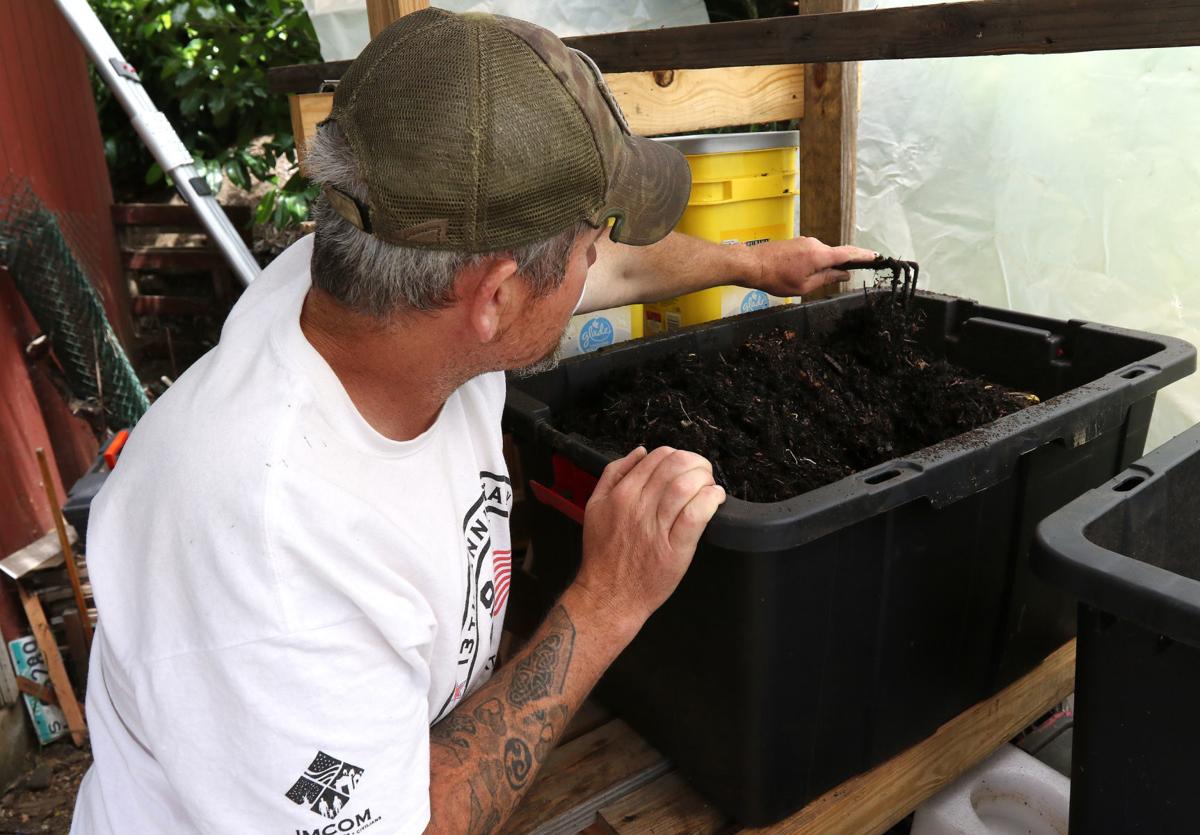 Rusty Lininger works at a bin containing food waste and compost at his Roseburg home on Thursday. 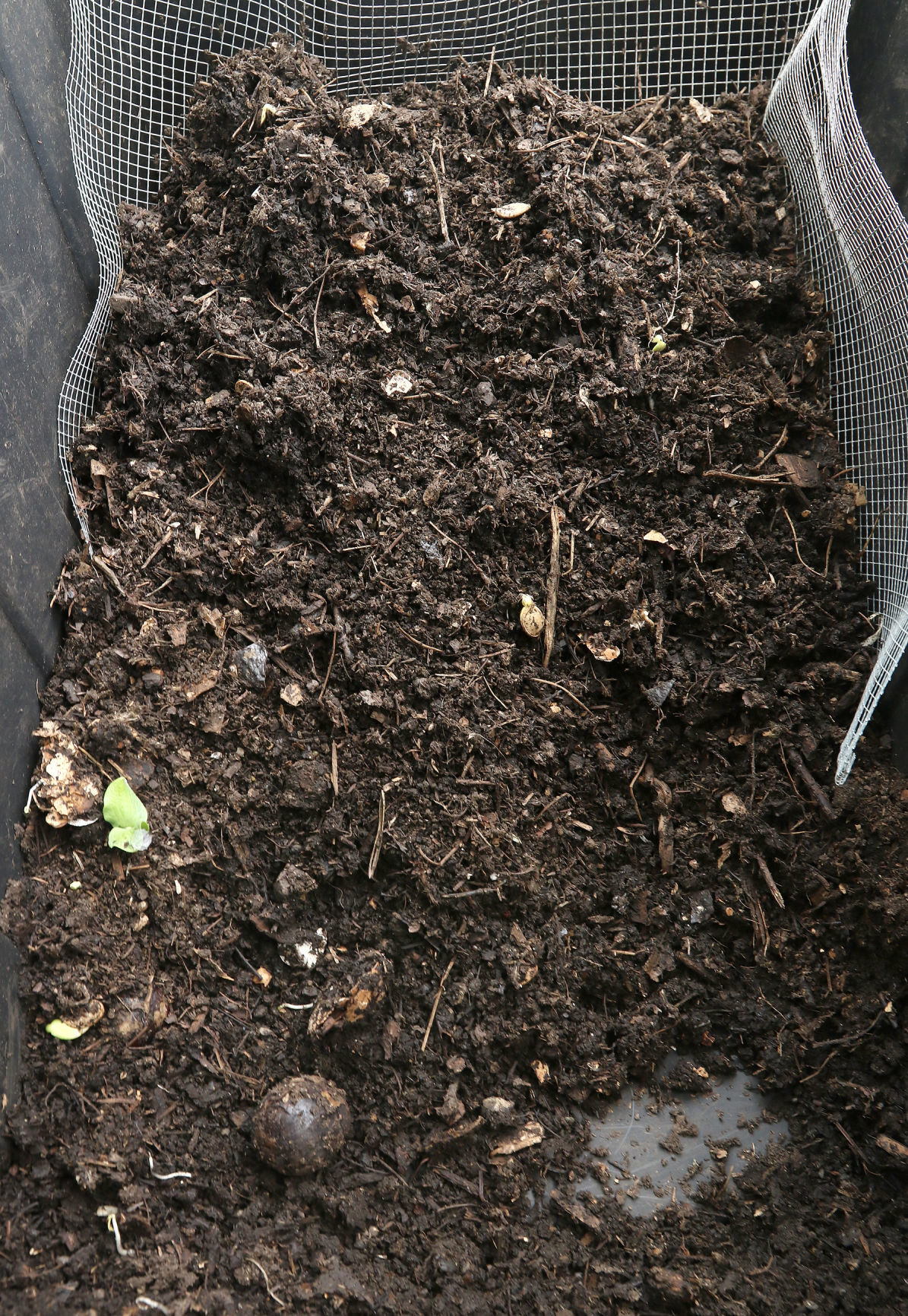 A bin contacting food waste and compost at the Lininger home in Roseburg on Thursday.

Rusty Lininger holds a scoop of food waste and compost at his Roseburg home on Thursday.

Rusty Lininger and his wife Elena Lininger check on a bin containing vermi-compost at their Roseburg home on Thursday.

Rusty Lininger works at a bin containing food waste and compost at his Roseburg home on Thursday.

A bin contacting food waste and compost at the Lininger home in Roseburg on Thursday.

Call it worm castings, call it vermicompost, or just call it worm poop.

Whatever you call it, the stuff worms leave behind is great for the soil. The organizers of a local nonprofit are moving forward with plans for a worm farm that will raise funds for veteran programs, and they’re asking community members to pitch in through a crowdfunding campaign.

Source One Serenity was started by Rusty and Elena Lininger in 2016. Rusty Lininger had found fly fishing healing to the psychological injuries he sustained during his service in the Iraq War and wanted to pass that on to other veterans. Elena, his wife, was all in. So the two created the nonprofit to teach other veterans how to fly fish and reap the benefits.

The Liningers plan to start a worm farm to process food waste from local grocery stores and restaurants into soil amendment that will be sold to gardeners and farmers. Vermicompost offers an organic version of many of the benefits of chemical fertilizers. It also helps the soil retain oxygen and drain water properly, making for healthier, happier plants.

They’ve received a series of grants from the Cow Creek Umpqua Foundation, Oregon Community Foundation and the Portland-based Reser Family Foundation, to get the project, called HealTerra, going and they hope to move forward soon on plans to build their first full-sized 8-by-100-foot digester. They are working with Douglas County Public Works in hopes of collecting food waste for compost at the county’s Glide transfer station.

They are also starting a crowdfunding campaign on indiegogo.com, and asking the community to help them raise the remaining funds needed for the digester.

The project will ultimately be able to hire a few veterans and raise funds to provide programs for many veterans.

Rusty Lininger said much of the world’s soil has been depleted of its nutrients by large-scale corporate farming practices so vermicomposting is great for the environment. And like fishing, he said, land stewardship is appealing for many veterans.

“You’re connected to something a lot deeper than say a superficial world,” he said. “The land doesn’t judge. It doesn’t care. It just gives. It asks for nothing in return. It’s an act of selflessness in a way, to give back to what makes all of us.”

Rusty Lininger jokes that because worms are considered livestock in Oregon he can say to other livestock producers that he’s “got a few million head.”

Of course, in worm farming, it’s tough to tell the head from the tail. But one thing’s for sure — worms grow fast. They double their population in four to six weeks. And that provides the opportunity for the worm project to keep growing.

“They just multiply, so it’s only the beginning really. I see truckloads of food waste coming in and an entire industry built around just recycling here,” Rusty Lininger said.

They’ve tried a couple of small scale versions of the digester, and learned through that some tricks of the trade. For example, the worms are much better at digesting food waste that’s been blended first, into the consistency of a cow patty, Elena Lininger said.

The Liningers are thrilled about the prospect of taking their project full-scale.

“We are really excited to start it. We just cannot wait,” Elena Lininger said.

For more information, check out the project website at healterra.org.

Lovely. And kudos for worms in fly-fishing, where they are known as "garden hackle."