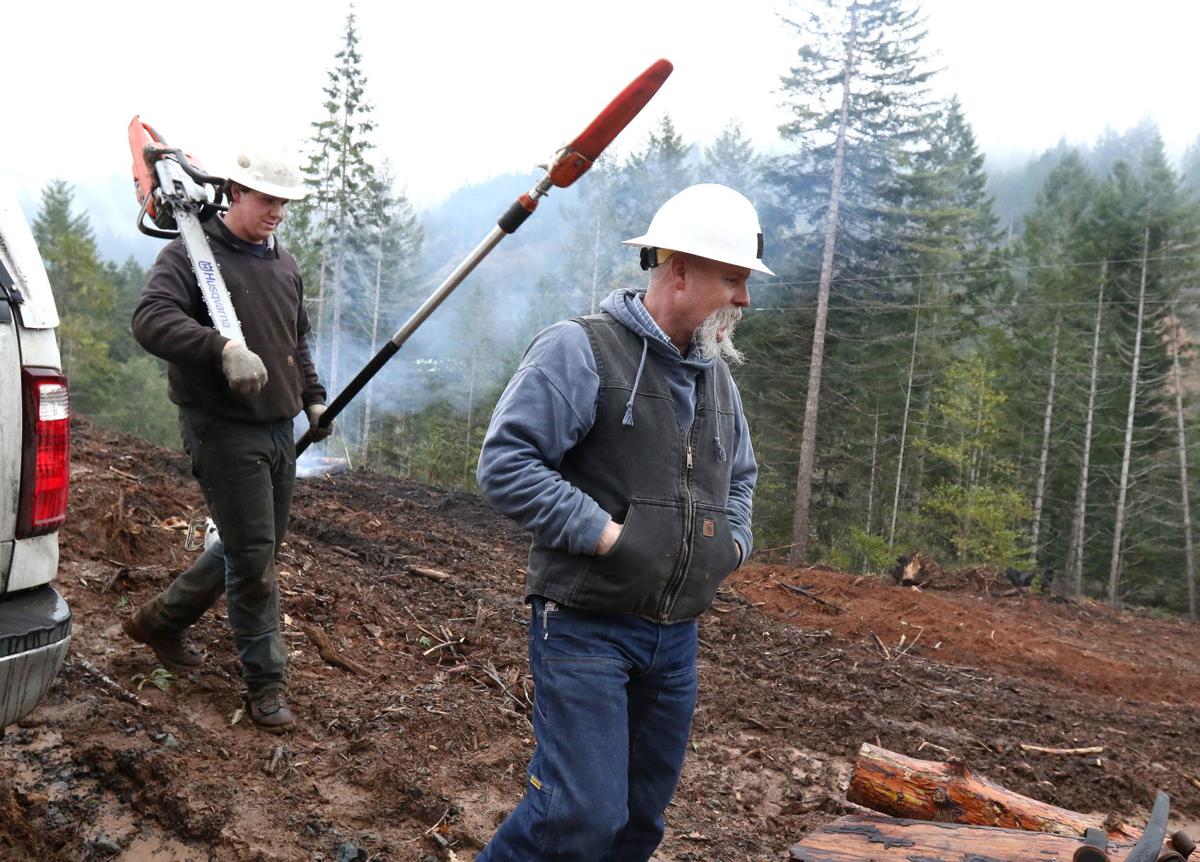 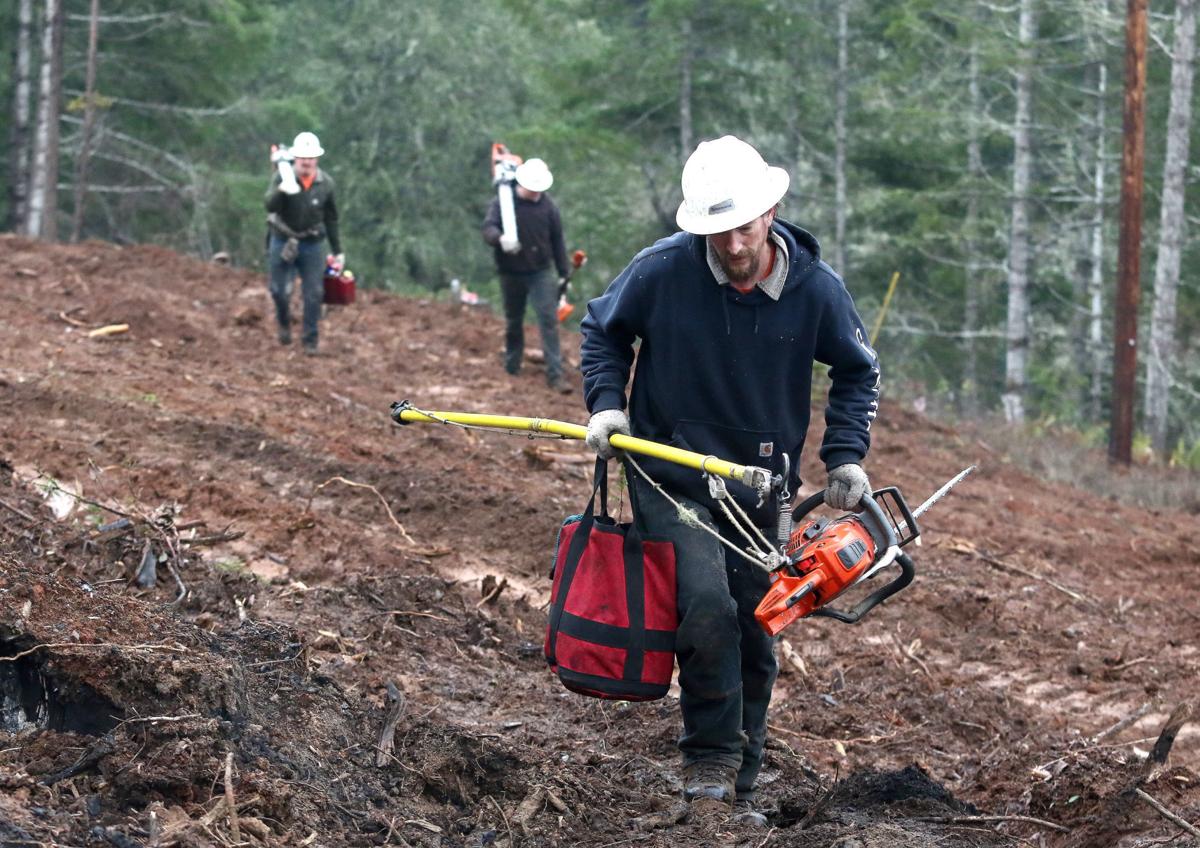 Jensen’s Tree Service employee Kevin Cooley works with a team on routine tree trimming maintenance at a site in Umpqua on Wednesday.

Jensen’s Tree Service employee Kevin Cooley works with a team on routine tree trimming maintenance at a site in Umpqua on Wednesday.

A “powerful” pacific storm that began drenching the West Coast on Wednesday is expected to include rain for Douglas County through Monday, according to the National Weather Service.

More than an inch of rain could fall in Roseburg during the storm, according to forecasts. Wind gusts could reach 26 mph Thursday.

As always during powerful storms, Douglas Electric Cooperative, which covers about 2,200 square miles in the area, is expecting downed trees and branches to cause power outages, said Don Utley, an arborist with the company.

“We’ve been upping it since 2015 and we’ve gotten more aggressive in the removal of these dead trees,” Utley said.

The company invested more in the program to stave off future costs of responding to power outages, he said.

Trees undamaged by drought still fall and cause outages more often than drought-damaged trees, but the droughts increase the risk of trees falling overall, according to Utley.

The company has about two years before a drought-damaged tree poses a risk to power lines, Utley said.

Drought harms trees’ immune systems. That gives bugs the opportunity to dig in. After bugs eat away at the bark for a couple years, trees die and are susceptible to falling.

Douglas Electric is still removing trees damaged by the record-breaking drought of 2015, Utley said. The 450 trees removed by Utley’s crew this year is down from 1,000 trees in 2015 and 800 trees in 2016 and 2017. But as droughts become more frequent, more extreme and last longer, Utley expects his crew’s work to continue.

As of Jan. 8, more than 20 percent of Douglas County is still in the “extreme” drought category despite increased winter rain, according to the U.S. Drought Monitor. The rest of the county is in the “severe” drought category.

Utley said while preventative trimming reduces the risk of trees falling on power lines in the area for four to six years, it’s not always the trees he’s allowed to trim that cause an outage.

“We’re finding that it’s trees out of the right-of-way, big oak trees, big fir trees, that are completely out of our right-of-ways,” Utley said. “It’s really not the responsibility of the power company, but it’s not to say that that tree isn’t 120-feet in height and can still reach the power.”

Utley estimated less than a quarter of trees within the right-of-way are drought-damaged and pose a risk to power lines.

The power company contracts tree trimming and removal work out to Roseburg-based Jensen’s Tree Service, and Utley said he and the rest of his crew work diligently to trim before storms.

“It’s thinking about the consumers,” Utley said. “The more outages that we may be able to prevent is better for all.”

He encouraged people to contact the power company at 541-673-6616 if they’re concerned about a damaged tree falling on a power line.