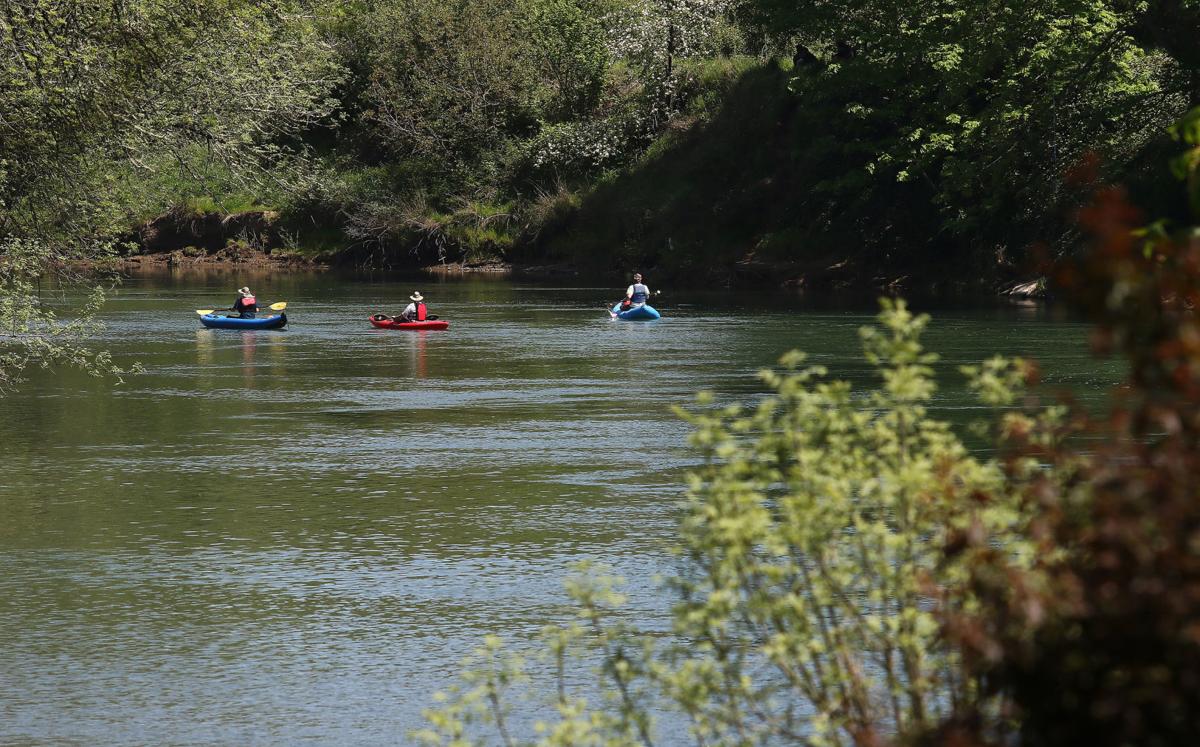 A trio of kayakers enjoy the warm weather on the South Umpqua River in Roseburg on Wednesday. 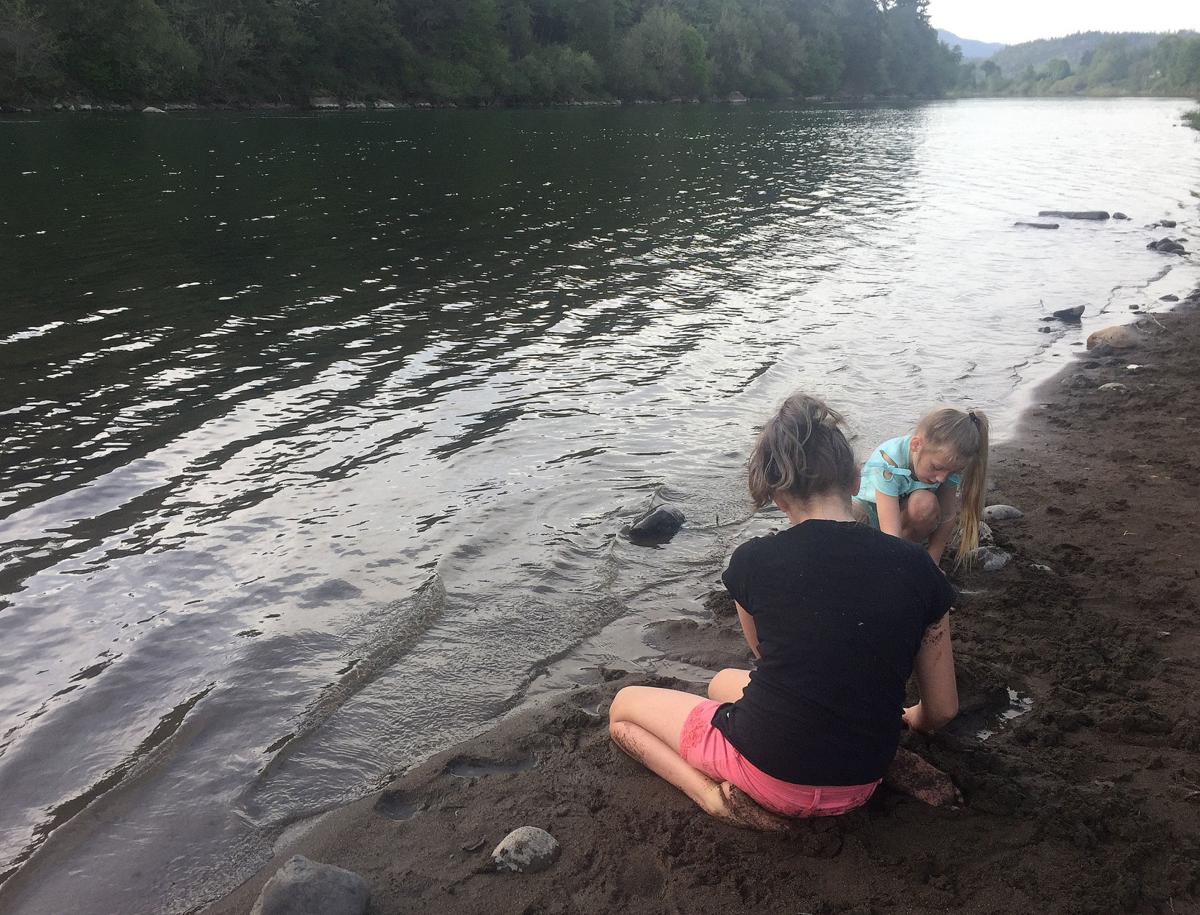 Rowan Brown, 11, front, and Ember Akins, 6, both of Roseburg, play on the shore of the Umpqua River in River Forks Park on Tuesday. 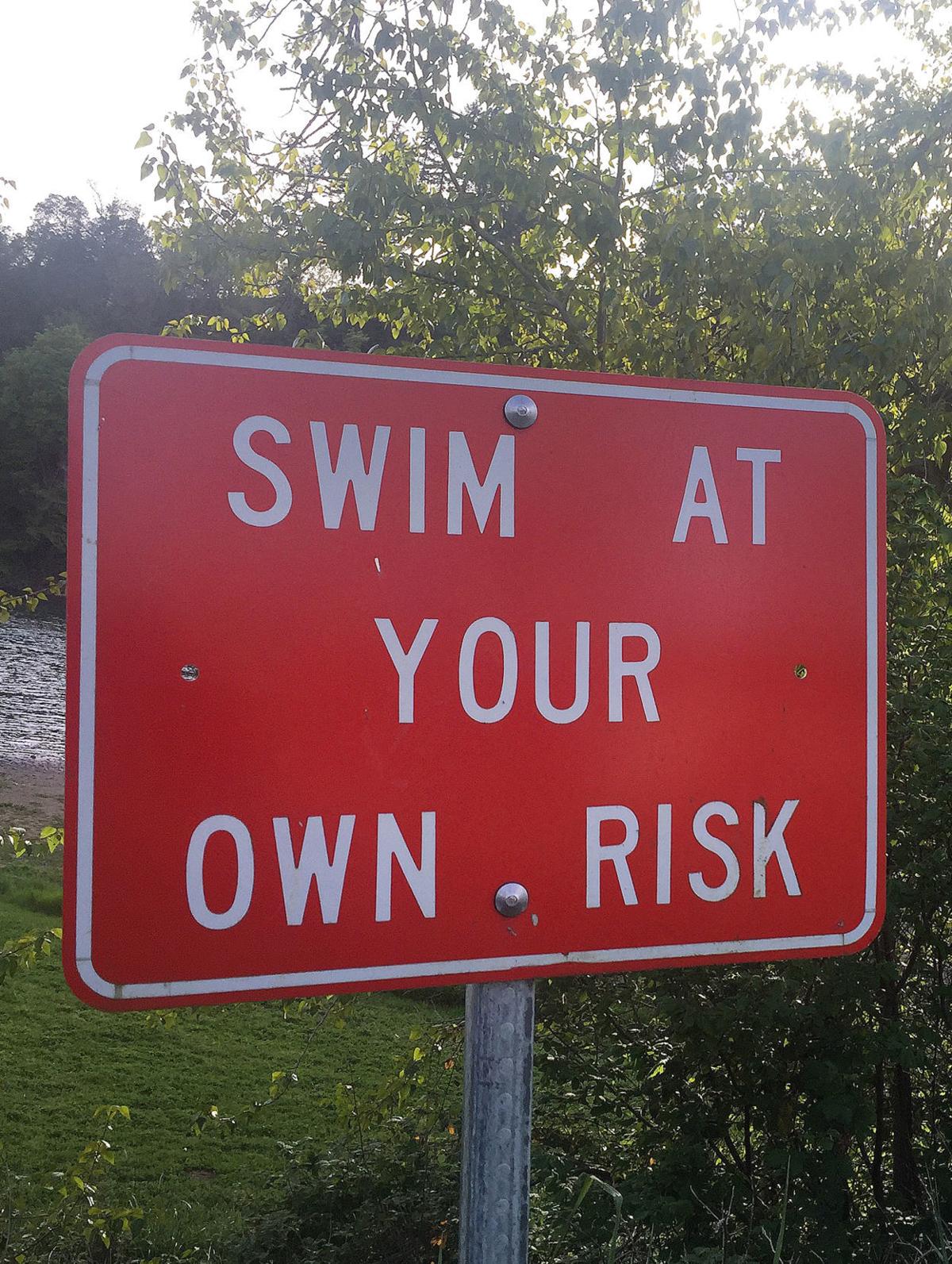 A sign posted at River Forks Park warns swimmers to be cautious.

A trio of kayakers enjoy the warm weather on the South Umpqua River in Roseburg on Wednesday.

Rowan Brown, 11, front, and Ember Akins, 6, both of Roseburg, play on the shore of the Umpqua River in River Forks Park on Tuesday.

A sign posted at River Forks Park warns swimmers to be cautious.

But meteorologists at the National Weather Service in Medford said the warm, dry weather will leave as fast as it came.

Meteorologist Dan Weygand of the weather service said the rapid change in temperature came from warm air being pushed into the area from the south.

“The strength of low pressure offshore, brought up the warmer air from the south,” he said.

Weygand said the low pressure will be moving onto the coast today, and temperatures will start dropping. Cooler, wet weather is expected back by Friday and through the weekend.

“It’ll be an abrupt change back to more spring-like weather,” he said. “As that low moves inland Friday temperatures may only be in the mid to upper 50s and we’re looking for kind of a cool showery weekend.”

The warm weather sent many outside to enjoy the sunshine, and the heat and wind combined to dry out the landscape. That prompted fire officials to remind people that a few days of hot weather can make it more susceptible to fire.

The unseasonably warm weather led to many heading for the water to cool down. But Wayne Stinson, emergency manager for the Douglas County Sheriff’s Office warned that even though the weather was hot, water in the rivers and streams is still dangerously cold and can quickly cause hypothermia.

“The start of every summer season, is the most hazardous time because the water flows are up and the temperatures are cold,” Stinson said.

If you’re in a boat, Stinson said, you need to be wearing a life vest because if the boat capsizes, often there is not time to find a vest and put it on. Hypothermia can set in sooner than people expect.

“There’s really no excuse for not wearing them,” he said.