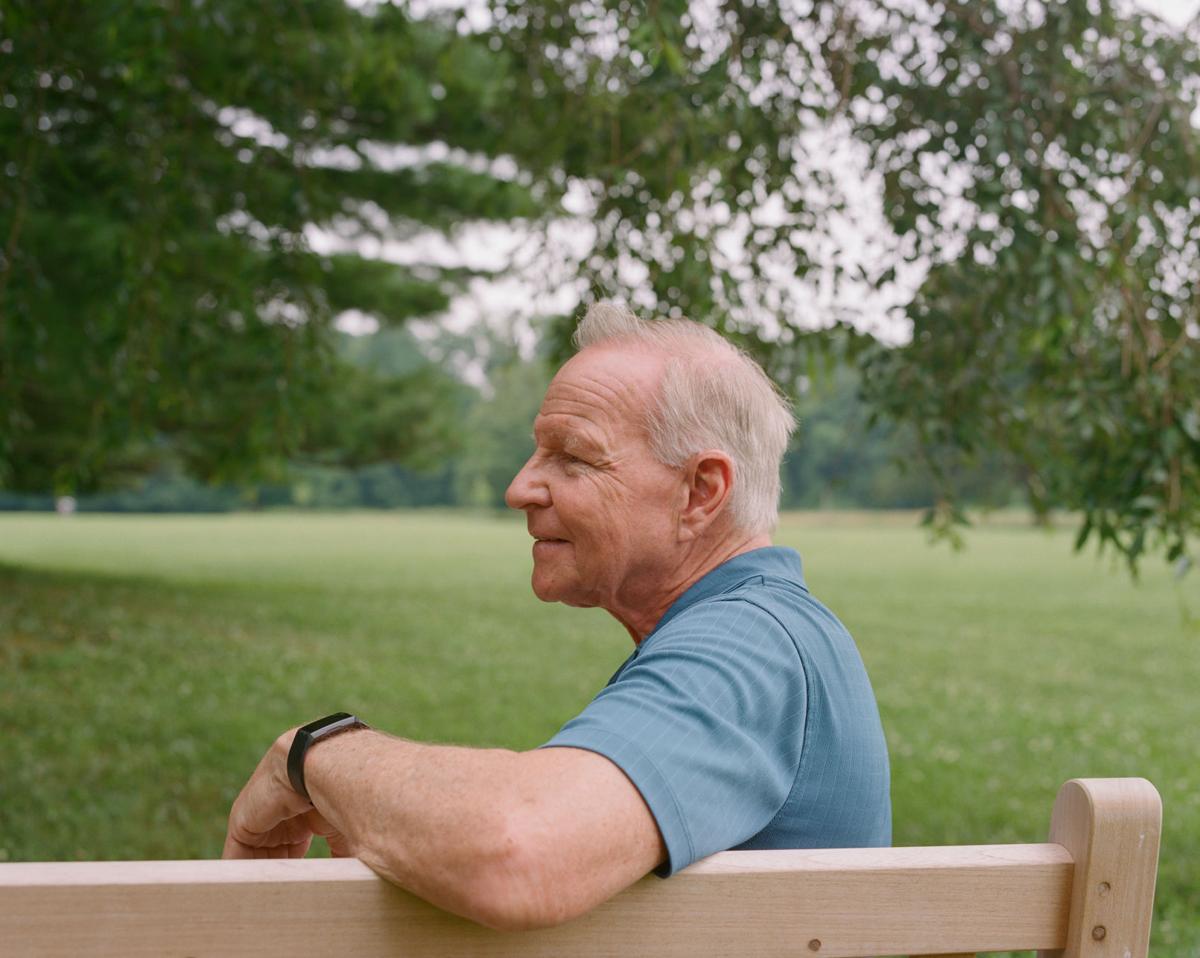 Andy Mathisen sits in Thompson Park in Lincroft, New Jersey, after a difficult pandemic year in which his drinking became excessive. 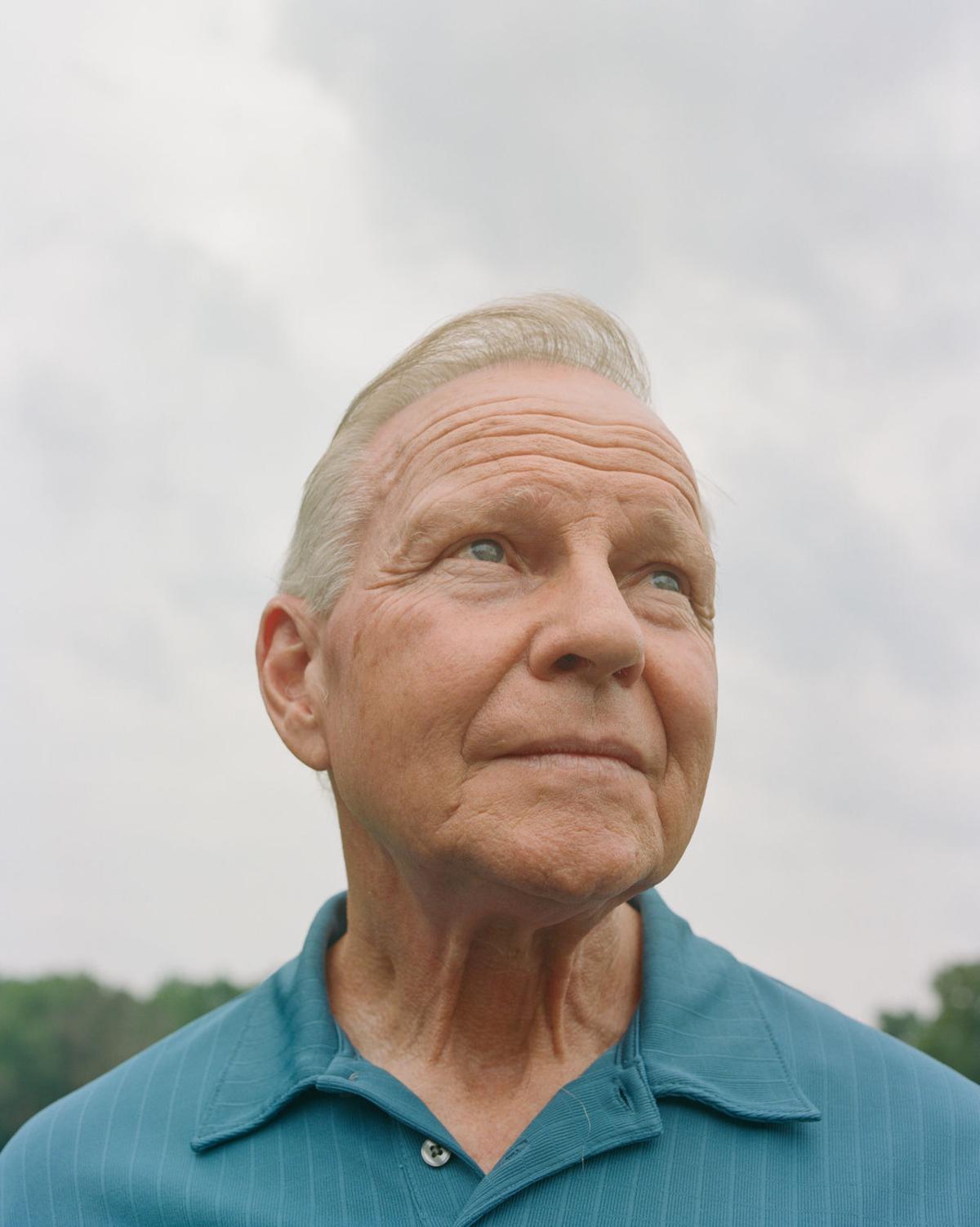 LINCROFT, NJ — BC-WELL-ALCOHOL-DOCTORS-ART-NYTSF — Mr. Mathisen now has only a few drinks a week, after signing on with a telehealth program called Ria Health that uses online coaching and medication to help people rein in their drinking. (Elianel Clinton for The New York Times) — FOR USE ONLY WITH WELL STORY BC-WELL-ALCOHOL-DOCTORS-ART-NYTSF BY ANAHAD O’CONNOR. ALL OTHER USE PROHIBITED.

Andy Mathisen sits in Thompson Park in Lincroft, New Jersey, after a difficult pandemic year in which his drinking became excessive.

LINCROFT, NJ — BC-WELL-ALCOHOL-DOCTORS-ART-NYTSF — Mr. Mathisen now has only a few drinks a week, after signing on with a telehealth program called Ria Health that uses online coaching and medication to help people rein in their drinking. (Elianel Clinton for The New York Times) — FOR USE ONLY WITH WELL STORY BC-WELL-ALCOHOL-DOCTORS-ART-NYTSF BY ANAHAD O’CONNOR. ALL OTHER USE PROHIBITED.

Like many people who struggle to control their drinking, Andy Mathisen tried a lot of ways to cut back.

He attended Alcoholics Anonymous meetings, went to a rehab center for alcohol abuse and tried using willpower to stop himself from binge drinking. But nothing seemed to work. This past year, with the stress of the pandemic weighing on him, he found himself craving beer every morning, drinking in his car and polishing off two liters of Scotch a week.

Frustrated, and feeling that his health and future were in a downward spiral, Mr. Mathisen turned to the internet and discovered Ria Health, a telehealth program that uses online coaching and medication to help people rein in their drinking without necessarily giving up alcohol entirely.

After signing up for the service in March, he received coaching and was given a prescription for naltrexone, a medication that diminishes cravings and blunts the buzz from alcohol. The program accepts some insurance and charges $350 a month for a one-year commitment for people who pay out of pocket. Since he started using it, Mr. Mathisen has reduced his drinking substantially, limiting himself to just one or two drinks a couple of days a week.

Mr. Mathisen is one of the roughly 17 million Americans who grapple with alcoholism, the colloquial term for alcohol use disorder, a problem that was exacerbated this past year as the pandemic pushed many anxious and isolated people to drink to excess. The National Institutes of Health defines the disorder as “a medical condition characterized by an impaired ability to stop or control alcohol use despite adverse social, occupational or health consequences.” Yet despite how prevalent it is, most people who have the disorder do not receive treatment for it, even when they disclose their drinking problem to their primary care doctor or another health care professional.

Last month, a nationwide study by researchers at the Washington University School of Medicine in St. Louis found that about 80 percent of people who met the criteria for alcohol use disorder had visited a doctor, hospital or medical clinic for a variety of reasons in the previous year. Roughly 70 percent of those people were asked about their alcohol intake. Yet just one in 10 were encouraged to cut back on their drinking by a health professional, and only 6 percent received any form of treatment.

Alcohol abuse can be driven by a complex array of factors, including stress, depression and anxiety, as well as a person’s genetics, family history and socioeconomic circumstances. Many people kick their heavy drinking habit on their own or through self-help programs like Alcoholics Anonymous or SMART Recovery. But relapse rates are notoriously high. Research suggests that among all the people with alcohol use disorder who try to quit drinking every year, just 25 percent are able to successfully reduce their alcohol intake long-term.

While there is no silver bullet for alcohol use disorder, several medications have been approved to treat it, including pills like acamprosate and disulfiram, as well as oral and injectable forms of naltrexone. These medications can blunt cravings and reduce the urge to drink, making it easier for people to quit or cut back when combined with behavioral interventions like therapy.

Yet despite their effectiveness, physicians rarely prescribe the drugs, even for people who are most likely to benefit from them, in part because many doctors are not trained to deal with addiction or educated on the medications approved to treat it. In a study published last month, scientists at the N.I.H. found that just 1.6 percent of the millions of Americans with alcohol use disorder had been prescribed a medication to help them control their drinking. “These are potentially life saving medications, and what we found is that even among people with a diagnosable alcohol use disorder the rate at which they are used is extremely low,” said Dr. Wilson Compton, an author of the study and deputy director of the National Institute on Drug Abuse.

The implications of this are substantial. Alcohol is one of the most common forms of substance abuse and a leading cause of preventable deaths and disease, killing almost 100,000 Americans annually and contributing to millions of cancers, car accidents, heart attacks and other ailments. It is also a significant cause of workplace accidents and lost work productivity, as well as a driver of frayed family and personal relationships. Yet for a variety of reasons, people who need treatment rarely get it from their physicians.

Some doctors buy into a stereotype that people who struggle with alcohol are difficult patients with an intractable condition. Many patients who sign up for services like Ria Health do so after having been turned away by doctors, said Dr. John Mendelson, a professor of clinical medicine at the University of California, San Francisco, and Ria Health’s chief medical officer. “We have patients who come to us because they’ve been fired by their doctors,” he added.

In other cases, doctors without a background in addiction may worry that they don’t have the expertise to treat alcoholism. Or they may feel uncomfortable prescribing medications for it, even though doing so does not require special training, said Dr. Carrie Mintz, an assistant professor of psychiatry at Washington University and a co-author of the study last month that looked at nationwide treatment rates.

The result is that a lot of patients end up getting referred to mental health experts or sent to rehab centers and 12-step programs like A.A.

“There’s a stigma associated with substance use disorders, and the treatment for them has historically been outside of the health care system,” Dr. Mintz said. “We think these extra steps of having to refer people out for treatment is a hindrance. We argue that treatment should take place right there at point of care when people are in the hospital or clinic.”

But another reason for the low rates of treatment is that problem drinkers are often in denial, said Dr. Compton at the National Institute on Drug Abuse. Studies show that most people who meet the criteria for alcohol use disorder do not feel that they need treatment for it, even when they acknowledge having all the hallmarks of the condition, like trying to cut back on alcohol to no avail, experiencing strong cravings, and continuing to drink despite it causing health and relationship problems.

“People are perfectly willing to tell you about their symptoms and the difficulties they face,” Dr. Compton said. “But then if you say, ‘Do you think you need treatment?’ they will say they do not. There’s a blind spot when it comes to putting those pieces together.”

Studies suggest that a major barrier to people seeking treatment is that they believe that abstinence is their only option.

That perception is driven by the ubiquity and long history of 12-step programs like A.A. that preach abstinence as the only solution to alcoholism. For some people with severe drinking problems, that may be necessary. But studies show that people who have milder forms of alcohol use disorder can improve their mental health and quality of life, as well as their blood pressure, liver health and other aspects of their physical health, by lowering their alcohol intake without quitting alcohol entirely. Yet the idea that the only option is to quit cold turkey can prevent people from seeking treatment.

“People believe that abstinence is the only way — and in fact it’s not the only way,” said Katie Witkiewitz, the director of the Addictive Behaviors and Quantitative Research Lab at the University of New Mexico and a former president of the Society of Addiction Psychology. “We find robust improvements in health and functioning when people reduce their drinking, even if they’re not reducing to abstinence.”

For people who are concerned about their alcohol intake, Dr. Witkiewitz recommends tracking exactly how much you drink and then setting goals according to how much you want to lower your intake. If you typically consume 21 drinks a week, for example, then cutting out just five to 10 drinks — on your own or with the help of a therapist or medication — can make a big difference, Dr. Witkiewitz said. “Even that level of reduction is going to be associated with improvements in cardiovascular functioning, blood pressure, liver function, sleep quality and mental health generally,” she added.

— Ria Health is a telehealth program that offers treatment for people with alcohol use disorder. It provides medical consultations, online coaching, medication and other tools to help people lower their alcohol intake or abstain if they prefer. It costs $350 a month for the annual program, cheaper than most rehab programs, and accepts some forms of health insurance.

— The National Institute on Alcohol Abuse and Alcoholism has a free website called Rethinking Drinking that can help you find doctors, therapists, support groups and other ways to get treatment for a drinking problem.

— Cutback Coach is a popular app that helps people track their alcohol intake and set goals and reminders so they can develop healthier drinking habits. The service allows people to track their progress and sends out daily reminders for motivation. The cost is $79 if you pay annually, $23 per quarter or $9 a month.

— Moderation Management is an online forum for people who want to reduce their drinking but not necessarily abstain. The group offers meetings, both online and in person, where members can share stories, advice and coping strategies. It also maintains an international directory of “moderation-friendly” therapists.

— CheckUp & Choices is a web-based program that screens people for alcohol use disorder. It provides feedback on your drinking habits and options for cutting back. The service charges $79 for three months or $149 per year.