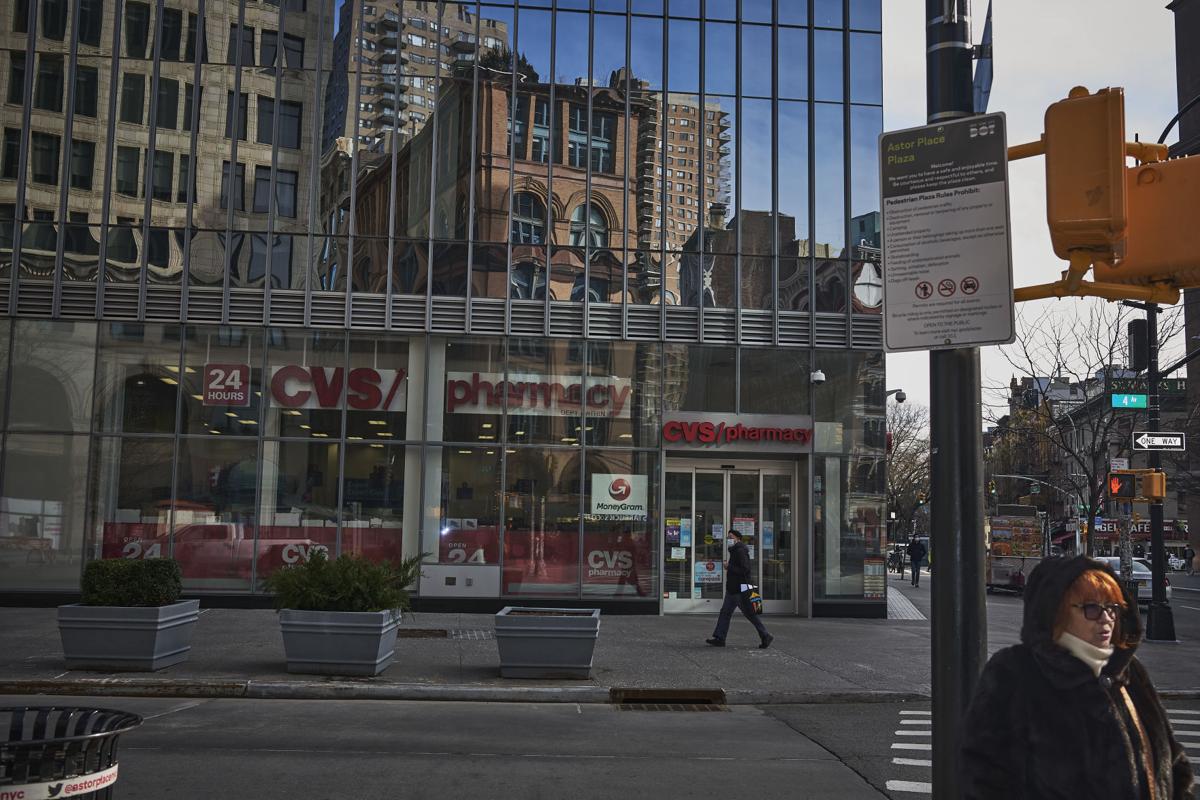 FILE — A CVS store in Manhattan, Jan. 8, 2021. The chain has been hiring thousands of pharmacists. Pharmacies are dangling five-figure signing bonuses and competing against each other to quickly recruit pharmacists and support staff. (John Taggart/The New York Times) 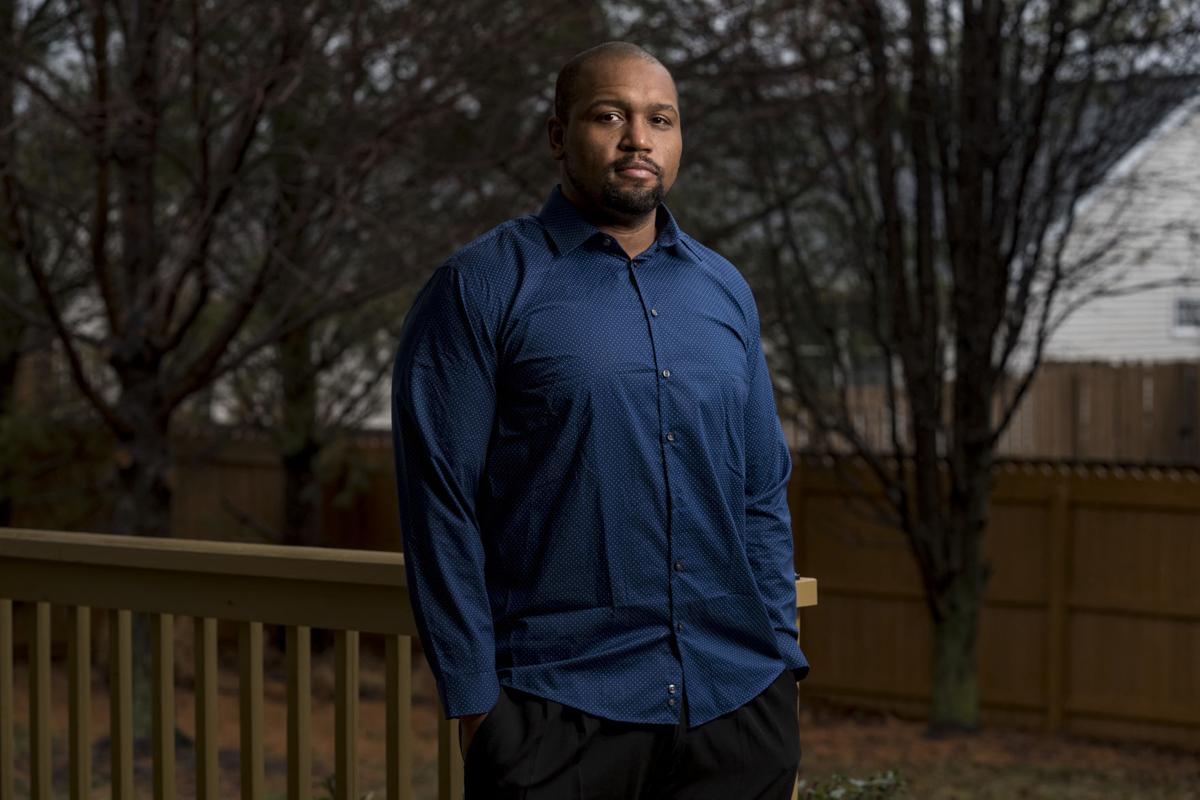 Maurice Shaw, a pharmacist who has been flooded with job pitches from pharmacy chains, in Chatham, Ill., Feb. 4, 2021. Pharmacies are dangling five-figure signing bonuses and competing against each other to quickly recruit pharmacists and support staff. (Whitney Curtis/The New York Times)

FILE — A CVS store in Manhattan, Jan. 8, 2021. The chain has been hiring thousands of pharmacists. Pharmacies are dangling five-figure signing bonuses and competing against each other to quickly recruit pharmacists and support staff. (John Taggart/The New York Times)

Maurice Shaw, a pharmacist who has been flooded with job pitches from pharmacy chains, in Chatham, Ill., Feb. 4, 2021. Pharmacies are dangling five-figure signing bonuses and competing against each other to quickly recruit pharmacists and support staff. (Whitney Curtis/The New York Times)

The job market is booming — at least if you’re a pharmacist.

The vaccination drive in the United States is entering a new phase this week, with the start of a federal program that will send more doses of Covid-19 vaccines into drugstores and grocery store pharmacies.

In preparation, pharmacy chains are in the middle of a hiring spree, competing to quickly recruit pharmacists and support staff to inoculate customers.

Pharmacies are turning to universities for help finding vaccinators. Training programs are enrolling record numbers of students and workers looking to learn how to give vaccines. And pharmacists like Maurice Shaw have been inundated with job opportunities.

Starting on Thursday, the federal government will send vaccine doses directly to dozens of chains that operate drugstores and grocery store pharmacies. The chains will play a key role as the vaccination campaign, which so far has been concentrated in hospitals and mass-vaccination sites like stadiums, expands into places where many Americans are accustomed to getting shots.

OPENINGS ABOUNDThe big chains need trained professionals not only to administer shots but also to perform other tasks like filling syringes, signing people in, answering questions, documenting the doses given and monitoring people for side effects.

Rite Aid is trying to fill more than 2,000 pharmacy jobs. Kroger said in December that it planned to hire nearly 1,000 health care workers; it has already hired hundreds this year. Hy-Vee said in December that it was recruiting 1,000 pharmacy technicians who traditionally have served as support staff but, thanks to a recent regulatory change, are now able to administer vaccines in many states.

CVS and Walgreens — which already have been giving shots in nursing homes and other long-term care facilities and have recently begun to offer vaccines in stores in some states — have announced the most ambitious hiring targets.

CVS late last year met a hiring target it announced in October of 15,000 such employees and has since hired thousands of additional pharmacists and pharmacy technicians, said T.J. Crawford, a spokesman. He said CVS would keep hiring as the vaccine supply rose and more stores offered shots.

Walgreens aimed for 9,000 pharmacists, pharmacy technicians and nurses. It has filled 7,500 slots.

“We are getting so many individuals to come and raise their hand,” said Rina Shah, a Walgreens executive who oversees pharmacy operations and services.

At Washington State University’s College of Pharmacy and Pharmaceutical Sciences, officials have been hearing from pharmacies asking for help publicizing job openings. The pharmacies also want the names of students, recent graduates and pharmacists looking to return to the work force after time away.

“It’s all over the board,” said Linda Garrelts MacLean, a vice dean at the pharmacy college. “We have seen large chains, small local chains, independent pharmacies reaching out to us.”

One of the fliers that the college agreed to distribute was from Walgreens. It advertises signing bonuses of $500 for pharmacy technicians and up to $10,000 for pharmacists.

Shaw already had a full-time job as a pharmacist for the University of Illinois at Chicago College of Pharmacy. But he received a flurry of pitches to join the Covid-19 vaccination effort, from recruiters for pharmacy chains who reached out via phone, texts, emails and LinkedIn messages.

“Will you (or someone you know) consider joining us for this important health care mission?” asked a text message from CVS in December. “You can help us bring people back together again,” said a solicitation email from CVS. A recruiter working with Walgreens texted him about a position that would pay up to $65 an hour, plus benefits.

Shaw signed on with CVS to give out vaccines on weekends, earning about $51 an hour, while keeping his full-time job. He said getting involved felt like his duty. “If you’re in the Army and war breaks out, are you going to say, ‘No, I’m going to sit this one out’?” he said.

Enrollment has surged in the association’s immunization training programs, with pharmacies typically paying the fees. About 9,000 student and midcareer pharmacists enrolled in one version of the program in December and January, compared with 2,600 in the same period a year ago.

“Since the vaccine got approved, our numbers have just gone through the roof,” said Scott Knoer, the association’s chief executive.

Pharmacy technicians, too, are in high demand. They traditionally have done things like loading syringes and checking people in. Until recently, only a few states allowed the technicians to give shots. But the Trump administration in October issued guidance authorizing them to administer Covid-19 vaccines under the supervision of a pharmacist.

While not all vaccine providers are letting technicians give the shots, the regulatory change is creating thousands of new vaccinators.