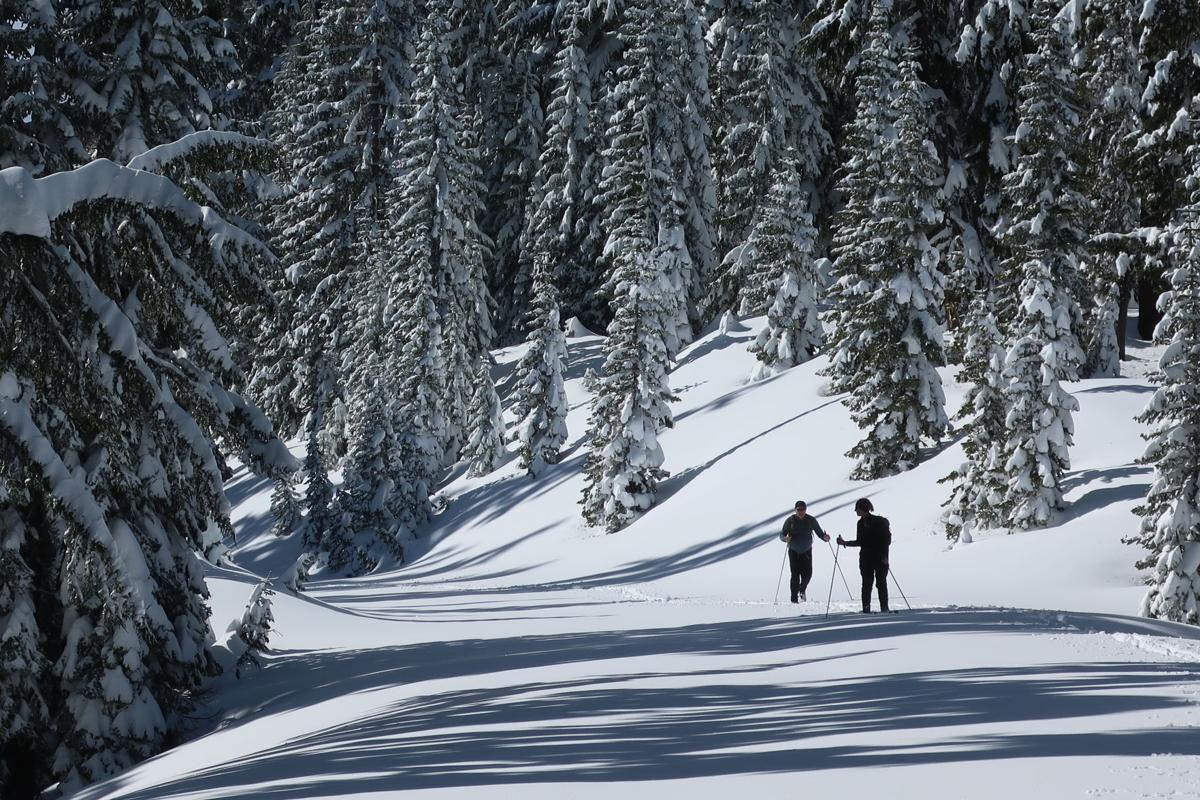 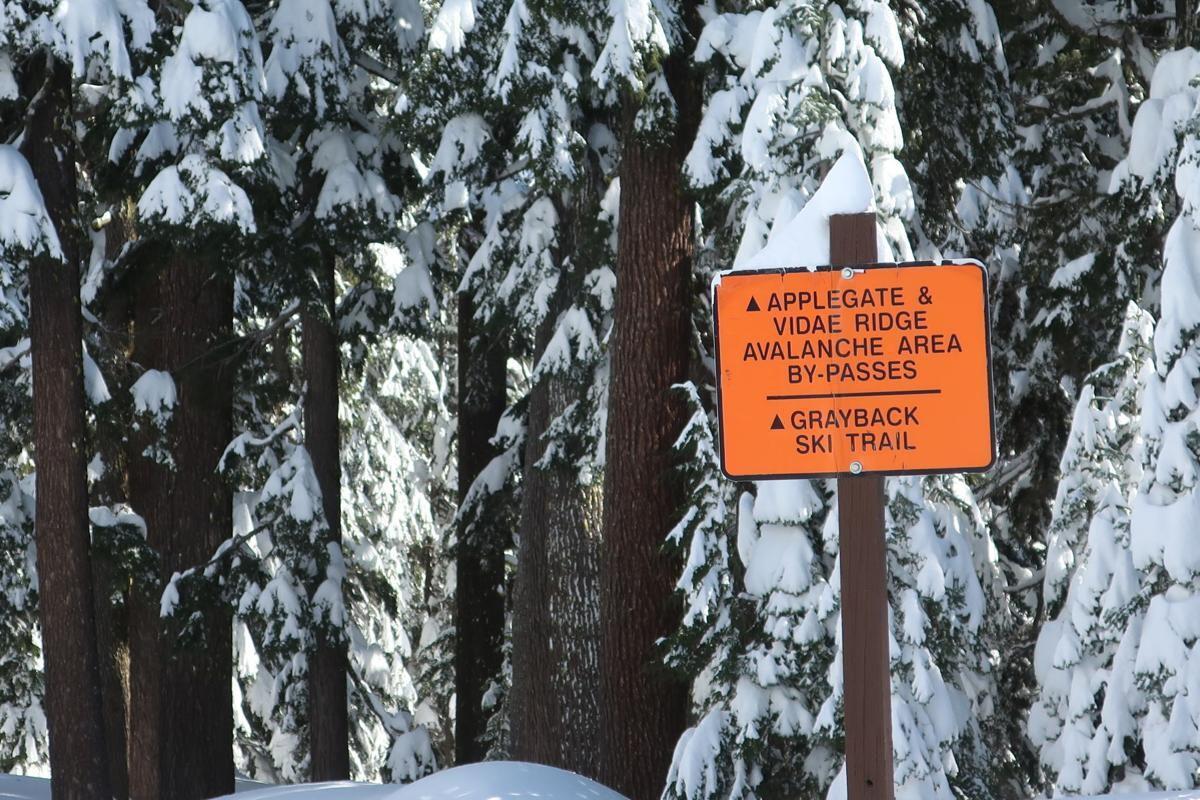 While cross country skiing along Crater Lake National Park’s East Rim Drive towards Vidae Falls, I paused at an overlook to gaze at the expansive panorama of snowy wildness. It was so still and quiet that a whisper would have resonated like a shout.

Abruptly that silence shattered when a trailside tree flushed off a light load of snow. In another context that brief discharge would likely be unnoticed. But on this day, it was though the collapsed snow was an avalanche of sound in the otherwise naked silence. It happened suddenly, just long enough to chance a glance the powdery curtain of dust that puffed airborne from the discharged snow.

Most times I appreciate skiing trails where others have gone before. Skiing in untracked snow, especially at Crater Lake National Park, can be grueling and plodding. On this route there had been a hint of tracks for the first mile from the trailhead, but those faint traces had evaporated. With each push, my skis sunk several inches in the snowy powder and sometimes dipped abruptly. But the absence of others made the sounds of silence even louder.

It was a day without specific plans. The only goal was being outside.

The road to Rim Village was closed. It had been a couple of years since I’d skied the East Rim Trail, which begins near park headquarters and heads toward Vidae Falls and beyond. Under blue skies almost as absolute as the lake’s indigo waters, under marshmallow-colored clouds and past endless rows of towering, snow burdened trees, up that snow-buried road I skied. At openings in the otherwise thick forest, pyramid-shaped Mount McLoughlin appeared majestically, penetrating the sky with its pointy, snow-covered peak.

From past experience I knew that sections where the trail seems to reach the summit are false high points. Still, working as a human snow plow, it was impossible not to wish that maybe that next upward climb would be the last. Eventually, it was.

Slow going has its advantages. Views opened up. In the distance was the section of East Rim Drive/Trail that grudgingly climbs from Vidae Falls up to Sun Notch. Visible, too, were peek-a-boo — or peak-a-view — sightings of Crater Peak. Just after the Crater Peak trail turnoff was a favorite section where a series of tall, erratically fractured rocks flank the East Rim route. It’s an area that’s sometimes best avoided because of possible avalanches.

The ski to Vidae Falls, a distance of three-plus miles, and the junction where East Rim Drive continues to Sun Notch via an avalanche bypass, was anti-climactic. As is common during the winter, the falls were hidden under textured blankets of snow.

Skiing in my freshly made tracks back toward the trailhead was pure delight. It wasn’t kicking and gliding, but my tracks made the uphill seem to flatten. I was enjoying the benefits of my own efforts. The mild uphill seemed to have flattened. I paused to enjoy sights, including golf- and baseball-sized snowballs that had tumbled down semi-steep cliffs, leaving behind tracks of small animal-like footprints.

Then a surprise. At the junction to Crater Peak, fresh ski tracks followed that trail. A skier trailing me had turned off, possibly heading to Crater Peak or, more likely, to follow the Vidae Ridge Avalanche route that mostly parallels East Rim Drive to Vidae Falls.

Further on, after crossing over the summit, another surprise. Two skiers, Roger and Terry Smith, were working their way up the trail. We chatted. They thanked me for breaking trail, I thanked them for making my downhill ski down easier on even better compacted tracks.

Several minutes later another skier. A few days earlier he had gone up the same trail and, after a mile in deep, untracked snow, had doubled back.

Near and at the trailhead were others: Skiers, snowshoers and people without snow-traveling devices delighted to be sinking knee-deep and deeper in the quicksand-like powder.

The silence that had so delighted me was gone. But the sounds and sights of others enjoying and experiencing the beauty of wintery Crater Lake National Park, even without seeing the lake itself, were sounds and sights joyfully shared with others.