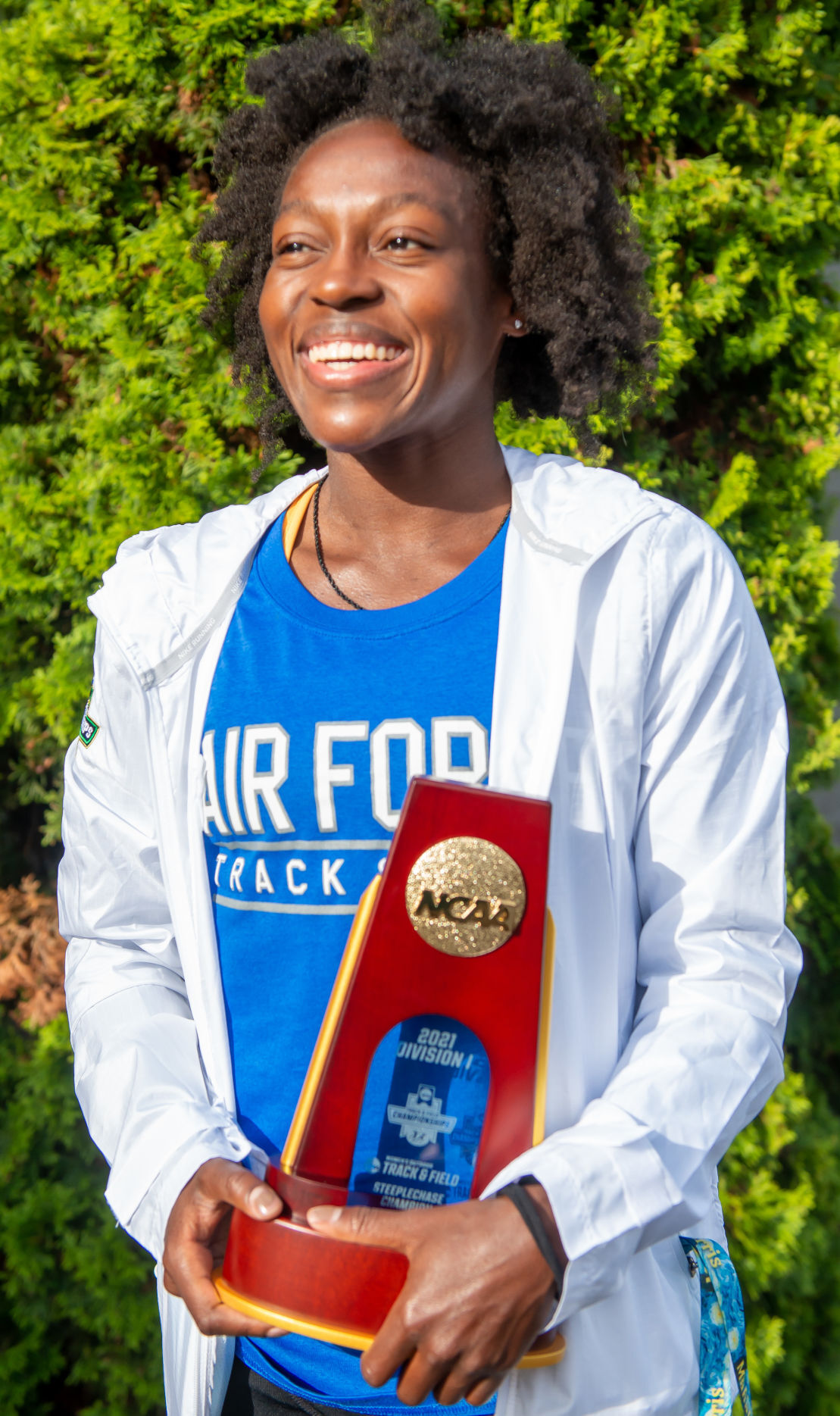 Mahala Norris poses with her NCAA championship trophy in Roseburg Tuesday. Norris won the women’s 3,000-meter steeplechase on Saturday during the national championship meet at Hayward Field in Eugene. 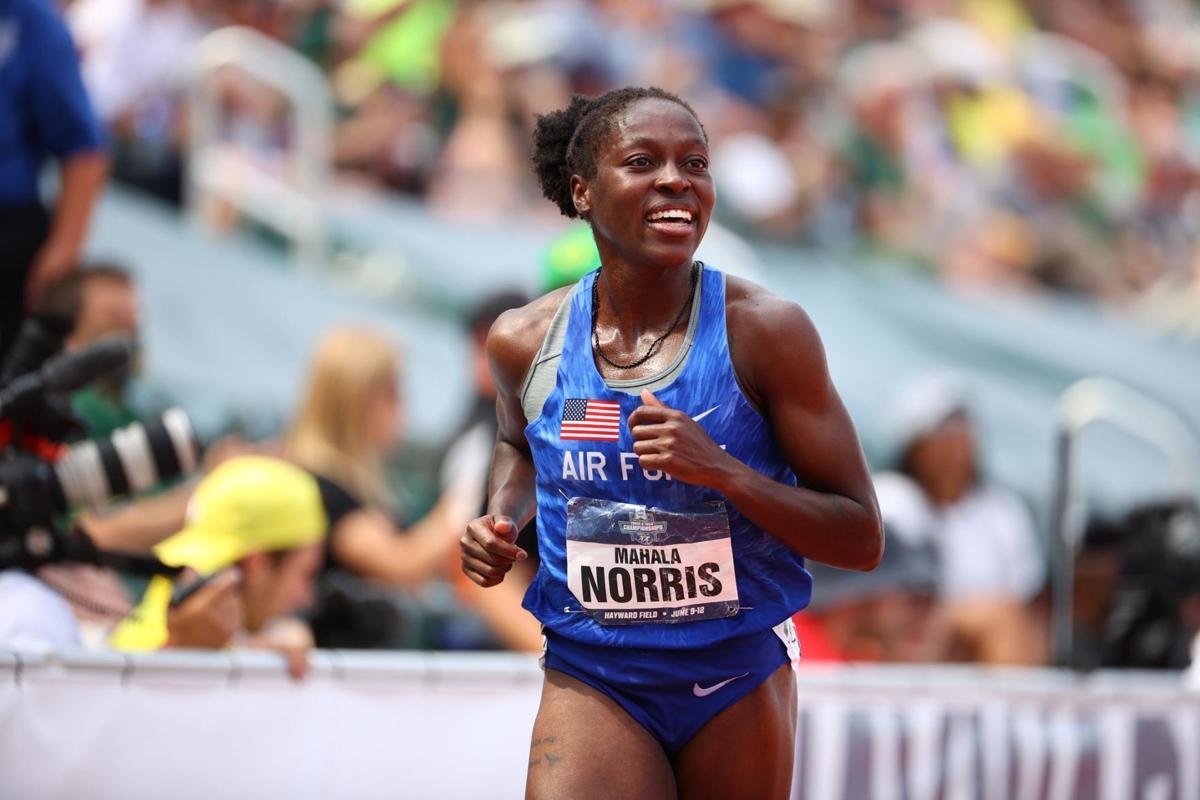 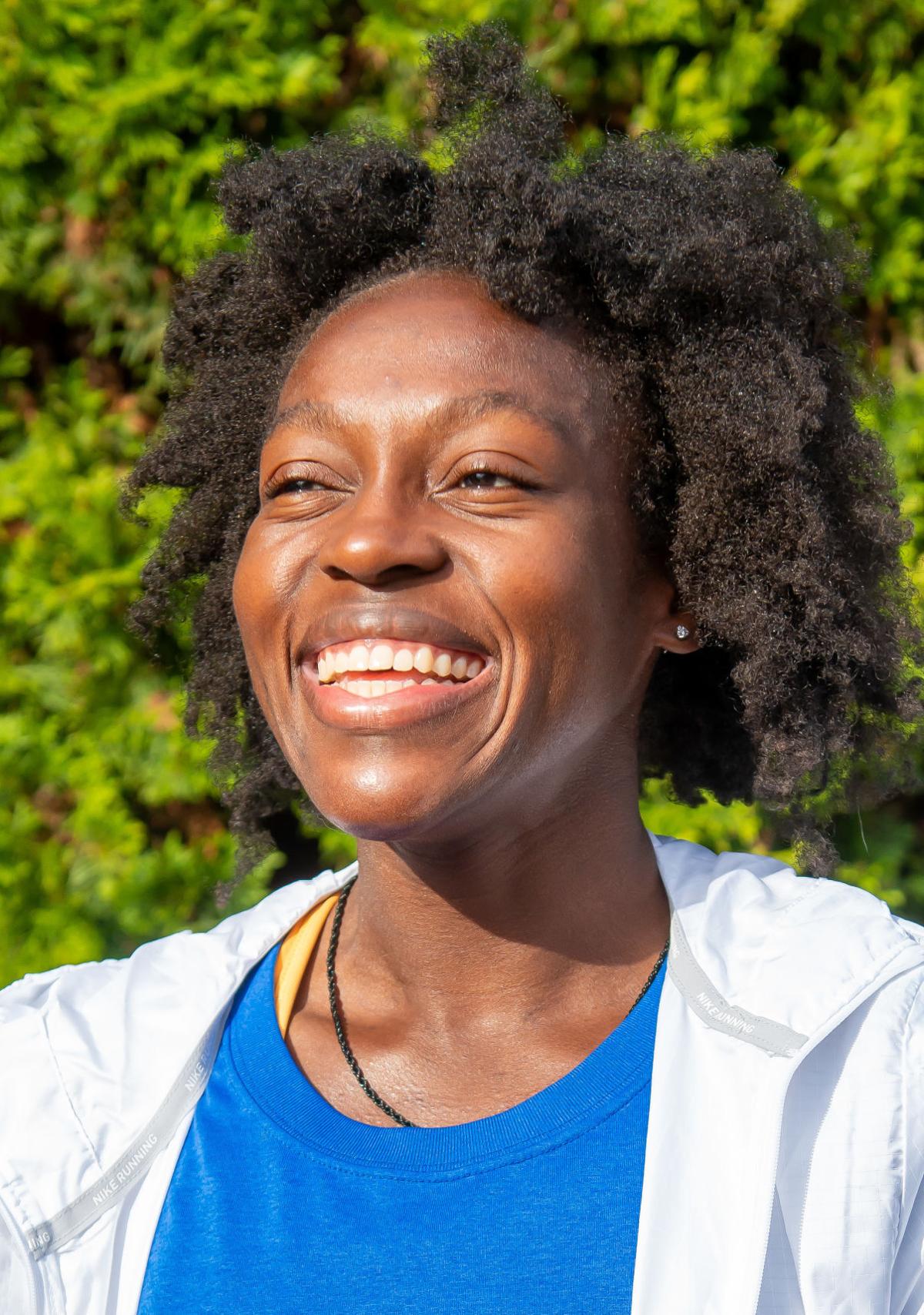 Mahala Norris poses with her NCAA championship trophy in Roseburg Tuesday. Norris won the women’s 3,000-meter steeplechase on Saturday during the national championship meet at Hayward Field in Eugene.

It was quite a weekend for Mahala Norris, who returned to her home state for the final races of her collegiate running career for Air Force Academy.

Norris, a 2016 graduate of Roseburg High School, kicked past two of the pre-meet favorites down the stretch and won the women’s 3,000-meter steeplechase title during the final day of the NCAA Track & Field Championships on Saturday at the newly-renovated Hayward Field in Eugene.

The 4-foot-11 senior, who turned 23 Tuesday, picked off Washington’s Katie Rainsberger and edged Auburn’s Joyce Kimelo at the finish to win by .05 seconds. Norris cracked a smile after looking up at the results board and seeing she was the winner.

“I didn’t know who won,” said Norris, who’s spending some time in Roseburg this week with her family while she gets ready for the U.S. Olympic Trials this weekend at Hayward Field. “Once I saw it come up, I said ‘no way.’ It was kind of a shock.

“I’m kind of still soaking it in. It’s awesome to win there ... I didn’t win in the last (Hayward) facility, but I didn’t do bad either.”

Nobody saw it coming. Norris posted the seventh-fastest qualifying time among the finalists. Track & Field News didn’t even have her finishing in the top 10.

“My expectations were to always stay in the front group,” said Norris, who didn’t take up the steeplechase until this year. “Don’t lose contact with the front group, then at the end of the race make moves with anyone who did.

“I wasn’t tired yet. I had to recollect myself (after clearing the final barrier), but once I saw they were still within reach I kind of kicked it in. I couldn’t have picked a better race to finish out on.”

Norris’ time was sixth-fastest in NCAA history. She became the first Academy athlete to claim a Division I national title in a running event and was the first Air Force runner to win a championship at the NCAA meet since 1964.

Saturday’s performance capped off an outstanding year of running for Norris.

It started during a weekend in March. Norris finished fourth in the 5,000 (15:51.73) in the NCAA Indoor Track & Field Championships in Fayetteville, Arkansas, and achieved All-America honors.

“It’s been crazy, but all worth it,” said Norris, summing up her career at Air Force. “I’m glad to be done.”

Norris — the daughter of Doug and Teresa Norris — turned in a successful running career at Roseburg, but a state track championship eluded her in Class 6A. She qualified for four straight state meets in the 1,500 and 800, with her best finish being third in the 1,500 in 2015.

She didn’t run cross country in high school, but was an all-conference soccer player for the Indians.

Now Norris will get an opportunity to compete in the trials against the best collegians and post-collegians this nation has to offer, with the top three finishers earning berths on the U.S. Olympic team. The steeplechase heats are scheduled to start at 6:35 p.m. Sunday.

The trials begin Friday and run through June 27.