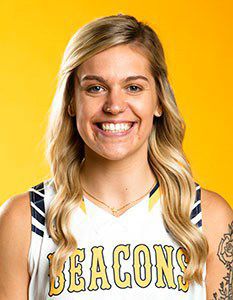 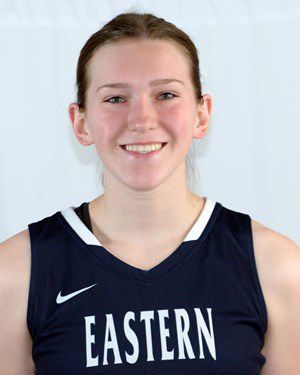 Former Sutherlin High School standout Kayce Mock finished with seven points, a game-high 17 rebounds and one blocked shot in 28 minutes for NCU. One of Mock’s baskets was a 3-pointer.

Ex-North Douglas High star Dani Baker played 12 minutes for the Beacons, but did not score. She grabbed two rebounds.

Taylor Stricklin, who played her final two high school seasons at Sutherlin, led EOU with with 15 points — all of her baskets coming on 3-pointers. Stricklin also had three rebounds, three assists and two steals in 25 minutes.

Mock, a 6-foot junior forward, is averaging 9.3 points, 8.3 rebounds, 2.0 assists and 1.9 blocked shots a game on the season. She played her first two college seasons at Clackamas Community College.

Stricklin, a 5-11 junior guard, averages 6.7 points, 4.2 rebounds and 1.6 assists. She played the past two years at Umpqua Community College.

The conference tournament will be held this week. Northwest Christian will host Northwest (10-20) and Eastern Oregon is at home against College of Idaho (12-17) Tuesday in quarterfinal games.

What a finish: Riverhawks outlast Lane 104-99 in overtime in South Region title game

What a finish: Riverhawks outlast Lane 104-99 in overtime in South Region title game