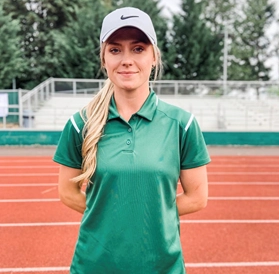 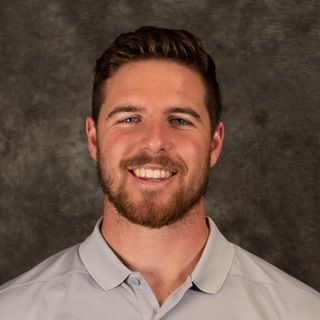 Whitney Pitalo and Sam Adelman, both 26, were recently selected to guide the Riverhawks, who won’t start competitive play in the Northwest Athletic Conference until the fall of 2021.

“We’re very fortunate to have two highly qualified and skilled coaches to lead our women’s soccer team,” UCC athletic director Craig Jackson said. “With their knowledge of the collegiate and prep soccer landscape, paired with their ability to teach the game, our expectations are to build a very successful program right away.”

Pitalo, who’s currently an assistant athletic director at UCC, is a Salem native and graduated from South Salem High School in 2012. She was a three-sport athlete for the Class 6A Saxons, helping them advance to the state semifinals in soccer twice.

The 5-foot-8 Pitalo played Division I soccer at Southern California for four seasons from 2012-15. She received a Pac-12 post-graduate scholarship to attend graduate school in 2016, obtaining her master’s from Salem’s Willamette University in 2018.

She served as an assistant coach for the Willamette women for four years and was the head coach at West Salem High School in 2019.

“I’m very excited,” Pitalo said of her first head coaching opportunity at the college level. “I knew (UCC) was looking to grow enrollment through athletics, knew women’s soccer would be the next sport and knew I would be involved.

“Growing soccer in southern Oregon will be a challenging, but exciting task. I have a lot of experience playing and coaching, and think we’ll be able to build a strong program down here.”

The 5-11 Adelman grew up in California and graduated from Arroyo Grande High School in 2012. He played four years for the Willamette University men’s soccer team before obtaining a Bachelor of Arts degree in exercise science.

He’s an assistant coach for both WU soccer teams — three years with the women and two with the men. Adelman has been very involved with club teams and currently coaches the Eugene Timbers Futbol club.

“I’m looking forward to working with Whitney and Craig (Jackson),” Adelman said. “I couldn’t have asked for a better position to jump into. It’s a new program, and I’m excited for the challenge and feel we can make a good team.”

Pitalo and Adelman have been friends from their Willamette days and both believe being co-head coaches will work fine.

“I don’t see any issue with it at all,” Pitalo said. “We each have the same level of commanding respect, and it would make more sense to be co-head coaches. I haven’t really thought about who takes over what, because we both have defensive and attacking experience.”

“Whitney is a very qualified and experienced coach, and it’s completely appropriate being co-head coaches,” Adleman added. “I’m humbled and honored to be considered a co-head coach in this.”

Pitalo was a utility player at USC and was a team captain as a senior. The Trojans finished second in the Pac-12 and went 15-6-2 overall, losing to Virginia in the Sweet 16 in 2015.

Pitalo played in 71 games for the Trojans, making 24 starts and scoring three goals. She was selected the Pac-12 Defensive Player of the Week in 2014 and received Pac-12 All-Academic honorable mention multiple times.

“I had two different experiences there,” Pitalo said. “The first two years were difficult (under head coach Ali Khosroshahin), we didn’t have great team chemistry. Then we got a new coaching staff from Washington State (with Keidane McAlpine the head coach) and they helped us turn the program around. The last two years were really great.

“I wouldn’t change anything. USC was my dream school ... my goal was to be a women’s soccer player at USC and I achieved that.”

Pitalo was busy in the fall of 2019, coaching the Willamette women and West Salem girls at the same time. She was selected the 6A Coach of the Year as the Titans (14-1-3) reached the semifinals before losing to eventual champion Jesuit.

“It was a fun experience at Willamette and I learned a lot,” Pitalo said. “I had a lot of great professors and classmates.

“It was an incredible senior group (at West Salem). I loved that team.”

Adelman, a defender, was a part of four winning soccer seasons at Willamette, an NCAA Division III school.

The Bearcats’ best season came in 2014, when they finished second in the Northwest Conference and went 13-5-2 under Lloyd Fobi.

“Coming from California and not having had much experience in Oregon, I really grew as a person,” Adelman said. “As a student-athlete, I was in one of the most rigorous institutions in the Northwest. My years in Salem were really meaningful.”

Pitalo and Adelman will have extra time to recruit student-athletes to UCC for the 2021 season. The coronavirus pandemic has altered this year’s recruiting routine.

“I think having 18 to 22 players would be ideal in the first year,” Pitalo said. “I’d like to be able to be competitive (in the South Region).”

“I’m looking forward to part of the roster being from in-state,” Adelman said. “It’ll be interesting to see how it works out with the pandemic.”