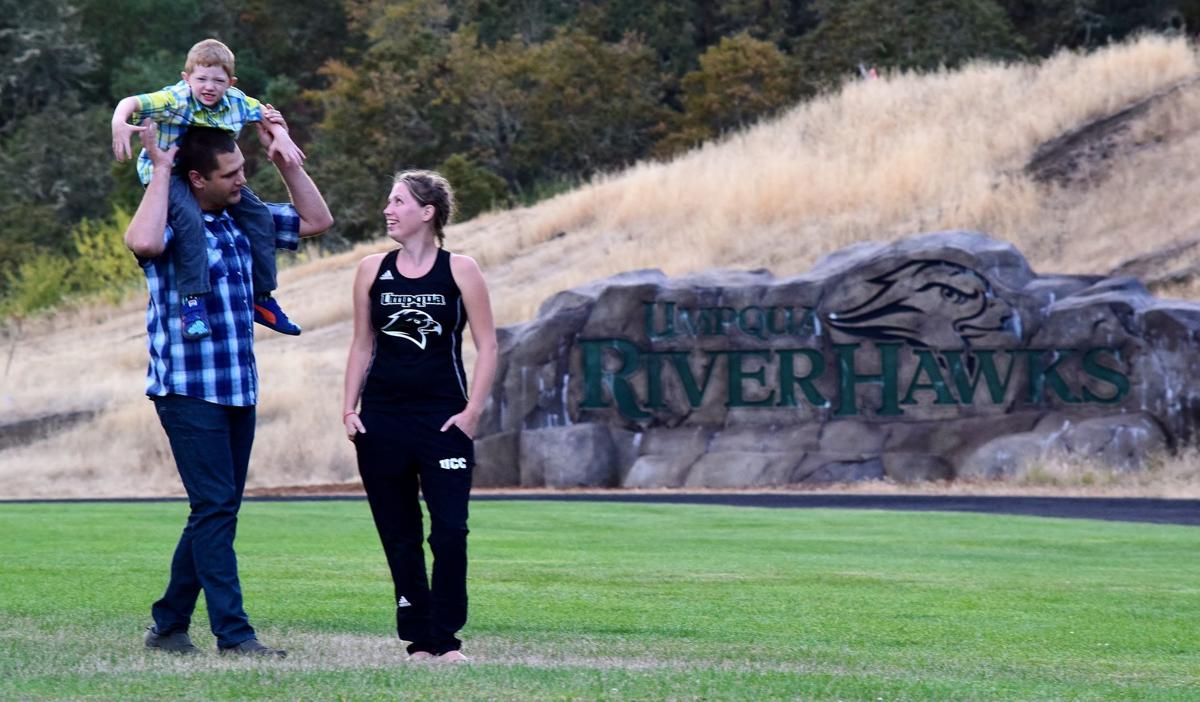 Umpqua Community College cross country runner Melinda Broadsword has gotten plenty of support from her son, Kyle, and husband, Jayson, as she finishes college and competes in intercollegiate sports at age 33. 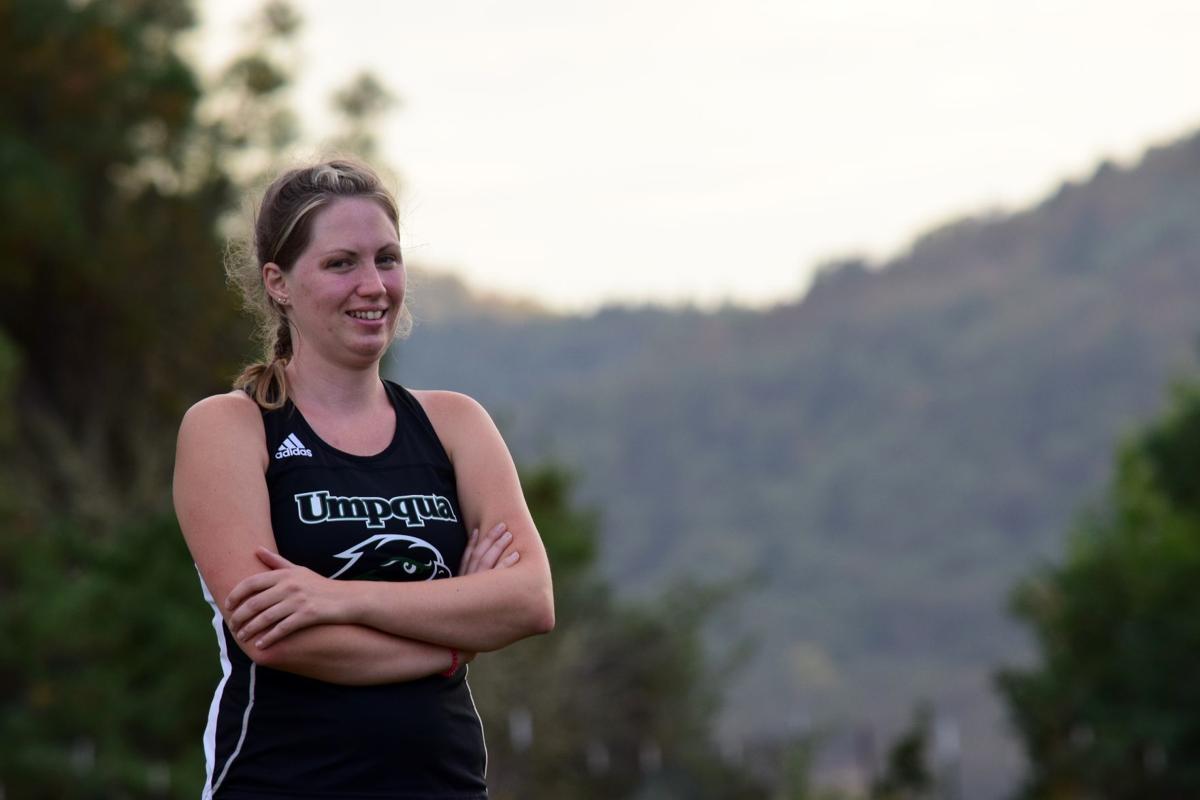 Melinda Broadsword has returned to college at age 33 to compete on the UCC cross country team. ’I think she should take any opportunity to better herself,’ says Jayson Broadsword, her husband.

Umpqua Community College cross country runner Melinda Broadsword has gotten plenty of support from her son, Kyle, and husband, Jayson, as she finishes college and competes in intercollegiate sports at age 33.

Melinda Broadsword has returned to college at age 33 to compete on the UCC cross country team. ’I think she should take any opportunity to better herself,’ says Jayson Broadsword, her husband.

Melinda Broadsword gets mistaken for a coach, or the coach’s wife, whenever the Umpqua Community College cross country team goes to a meet, but she’s neither — she’s one of the athletes.

At 33, she finally got the chance to continue her running career.

Broadsword moved around a lot during her youth, graduating from Roseburg’s Phoenix School with a GED in 2004.

The last time she ran cross country was at Winston Middle School, but because she moved around a lot never had the opportunity to compete in high school.

“I used to like to run a lot when I was younger,” Broadsword said. “During PE they would do PE and I would ask if I could just run and I would just run around the track. But when I got into high school we moved around a lot and sports just didn’t fit into my schedule.”

Broadsword continued running and when cross country coach Alan King saw her in the UCC gym this summer he approached her about joining the team.

She turned him down twice, before finally deciding to join the Riverhawks’ women’s cross country team.

When her husband, Jayson, found out King had asked her to join the team he teased her by calling her “cross country” for a few weeks, until she finally decided to join the team.

Jayson Broadsword said, “I think she should take any opportunity to better herself and I think it gets her mind off of other stresses.”

The Broadswords are raising 7-year-old Kyle, who attends Sunnyslope Elementary and might have Rebecca King, Alan King’s wife, as his teacher next year.

He said “it’s good” that his mother is a college athlete, but was more excited to scoot around the track when he came to pick her up after the NWAC Preview meet last Saturday.

Jayson Broadsword works for UPS and the two are making sure at least one of them can be home with Kyle during the day.

Melinda Broadsword worked in home care for more than 10 years and also worked at Bi-Mart in Sutherlin for a few years, but isn’t currently working.

“I just want to focus on school and my son,” she said. “I did try to work, but it was just too much.

“I’m not one of those moms who can pay attention to her child and do homework. I do my homework while I’m at school and when I get home that’s his time.”

An ATV accident took Broadsword away from cross country for a week, but she’s ready to start taking on the competition.

The family has since sold the quad. They’re trying to make ends meet until Broadsword finishes her college degree and gets back to work.

Broadsword is a sophomore at UCC, hoping to graduate with a social services degree in the spring. “I want to advocate for people who can’t speak up for themselves,” she said.

She came to the two-year college after a workplace accident involving a chemical spill left her unable to speak for six months.

“It was really dramatic,” she said. “You take things for granted, because you think ‘I can talk all day’ until you can’t.”

It inspired her to go back to school and help others. Joining the cross country team was not planned, but she’s enjoying herself and pushing herself to new limits.