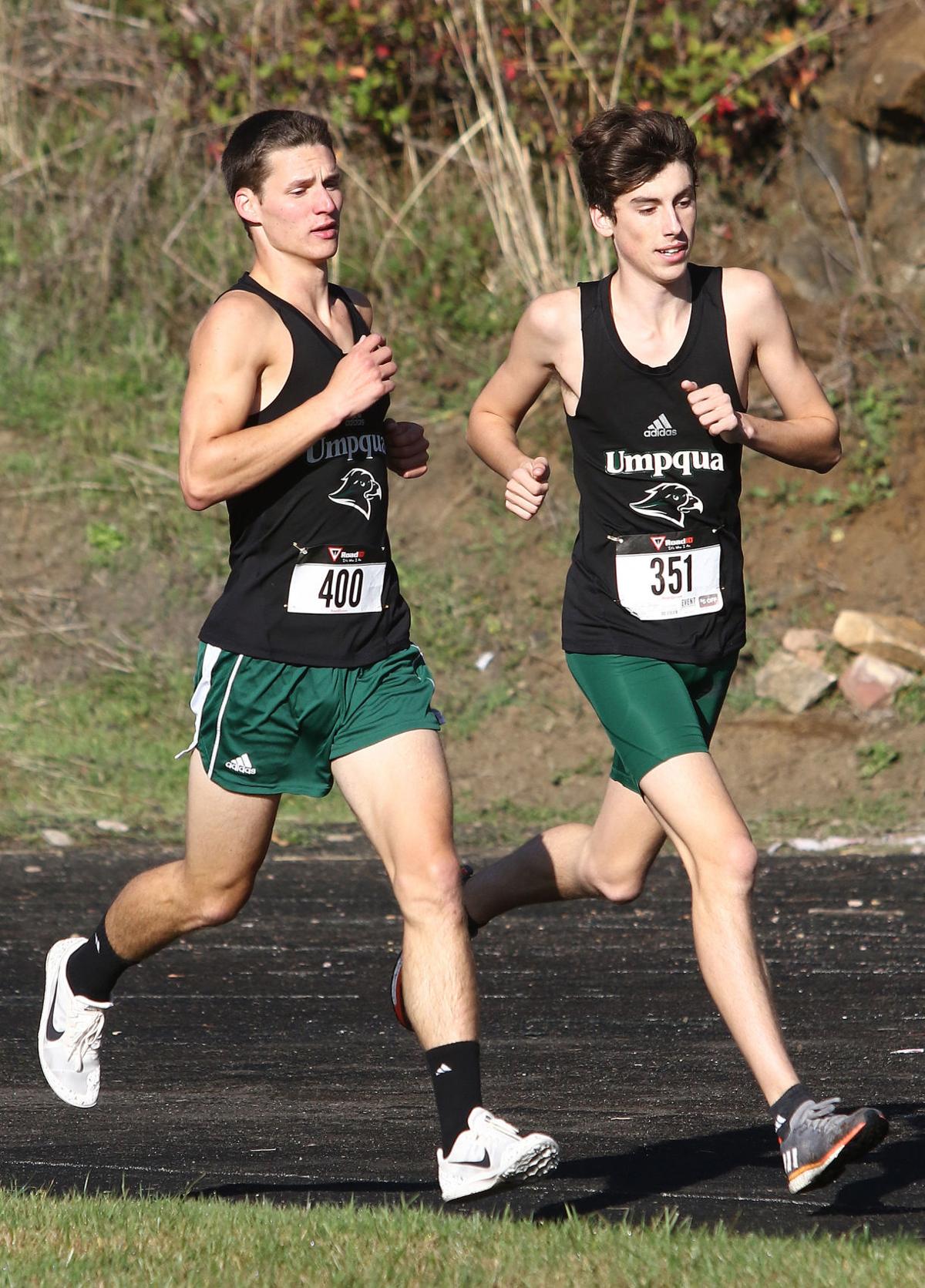 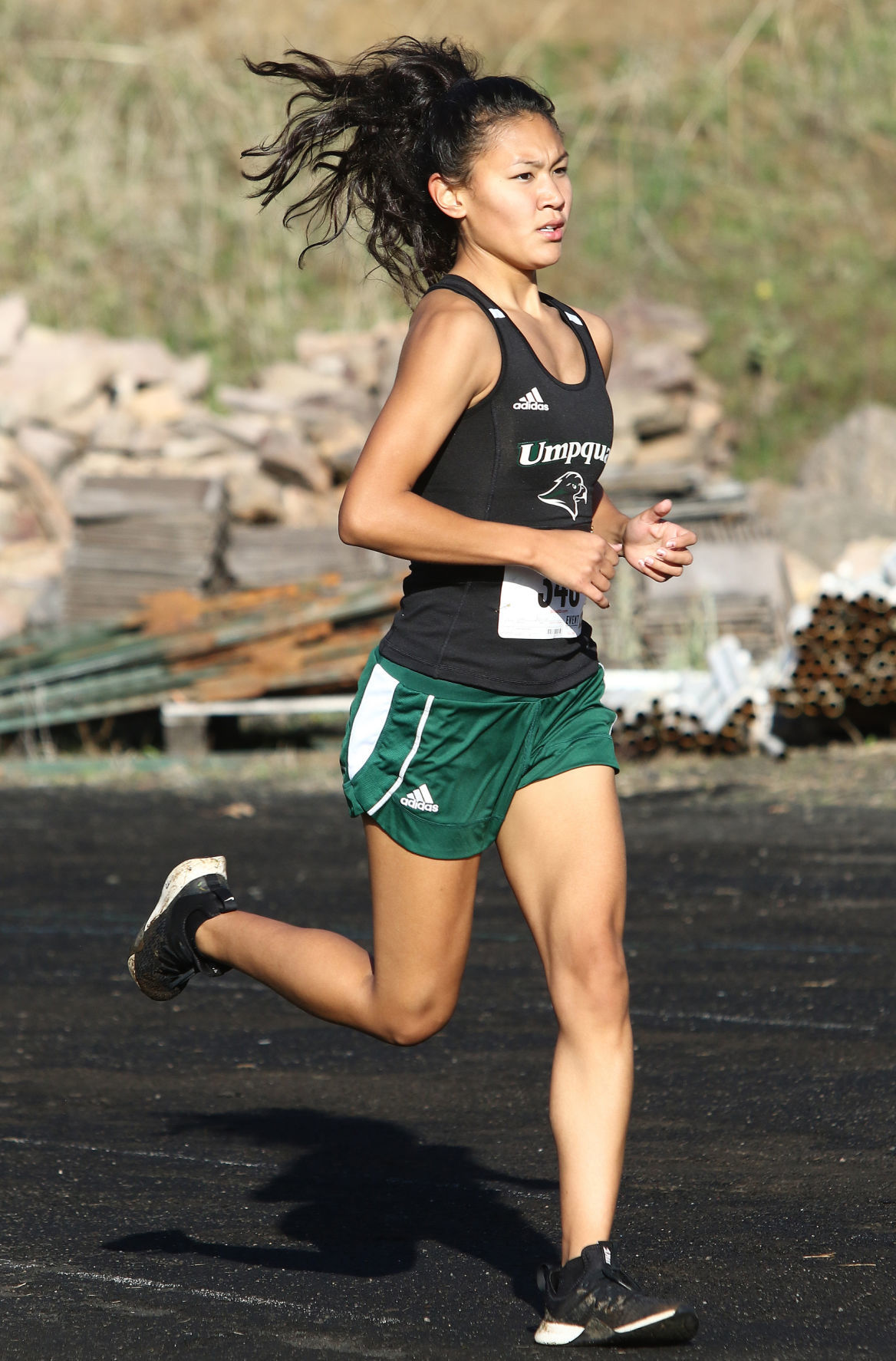 Umpqua Community College runner Jasmine Lake competes in the Riverhawk time trial at UCC on Saturday. Lake was the top finisher for the UCC women, clocking 23:08.29. 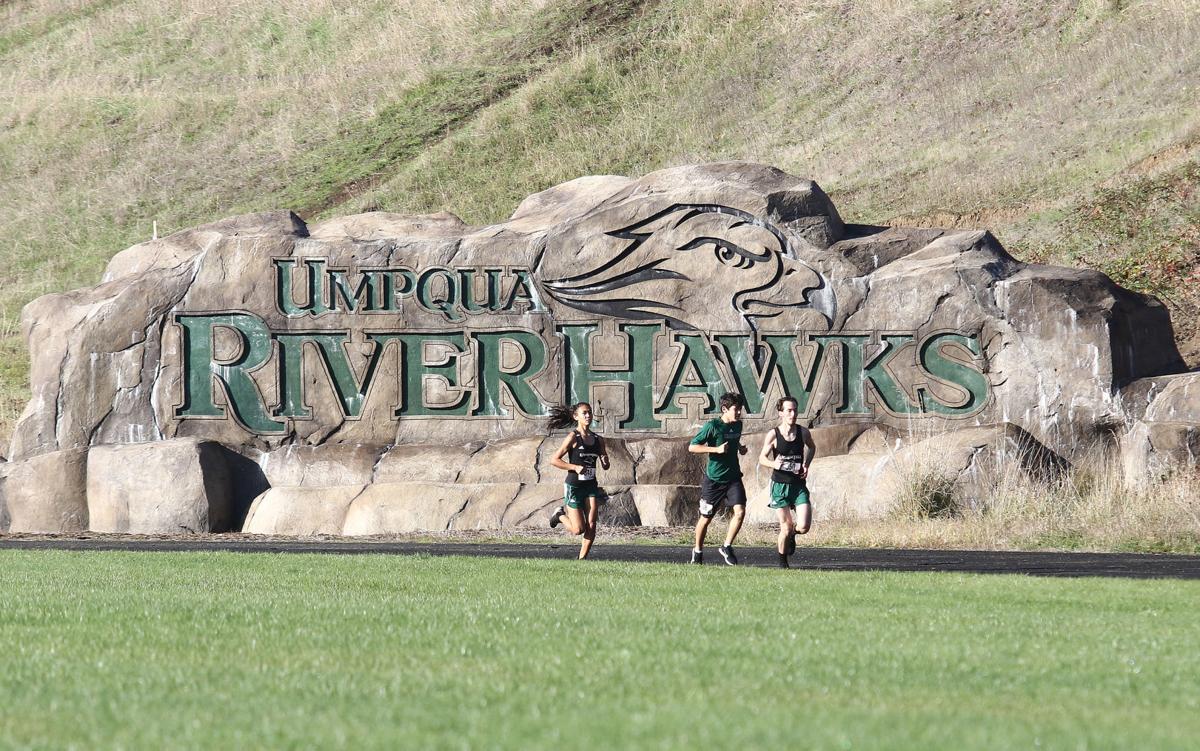 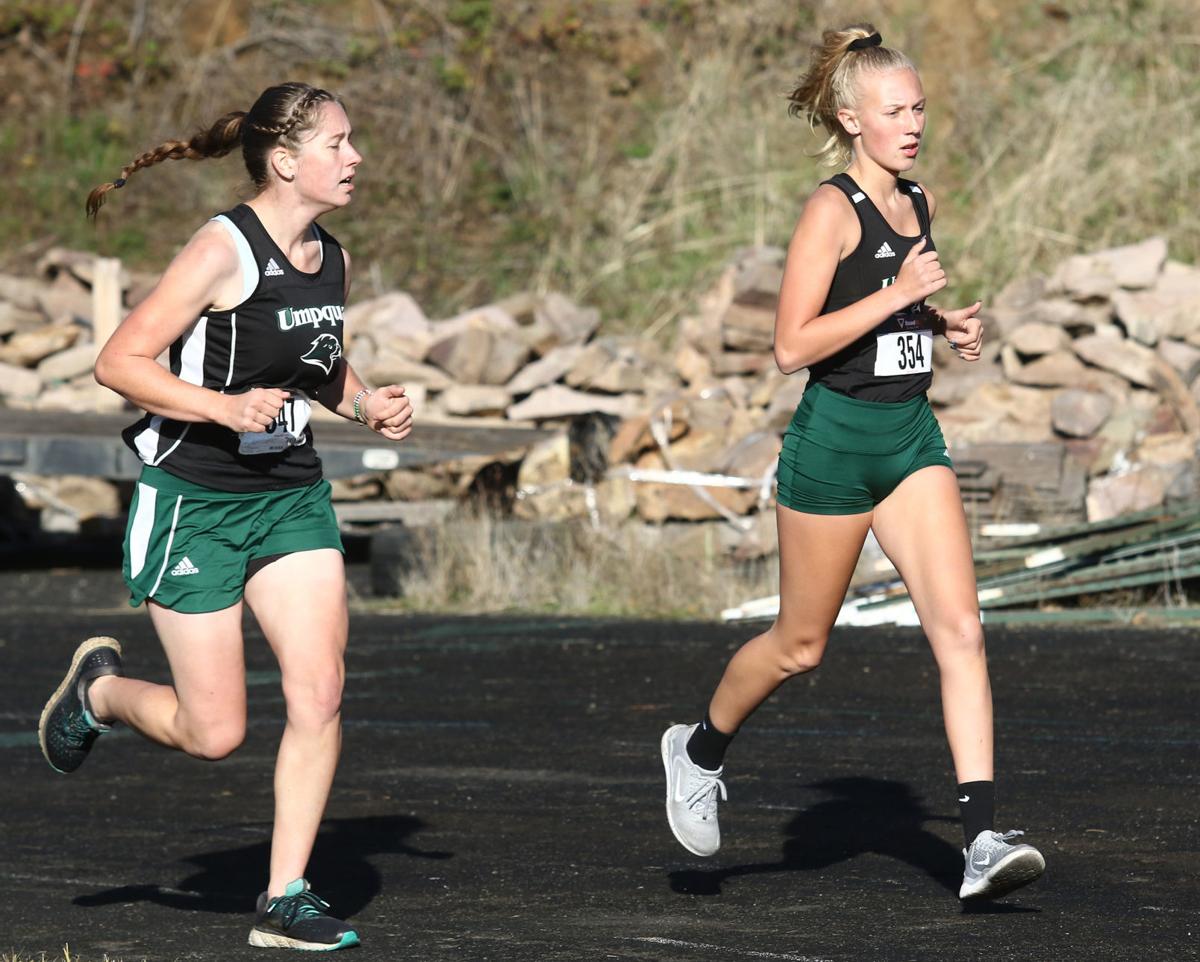 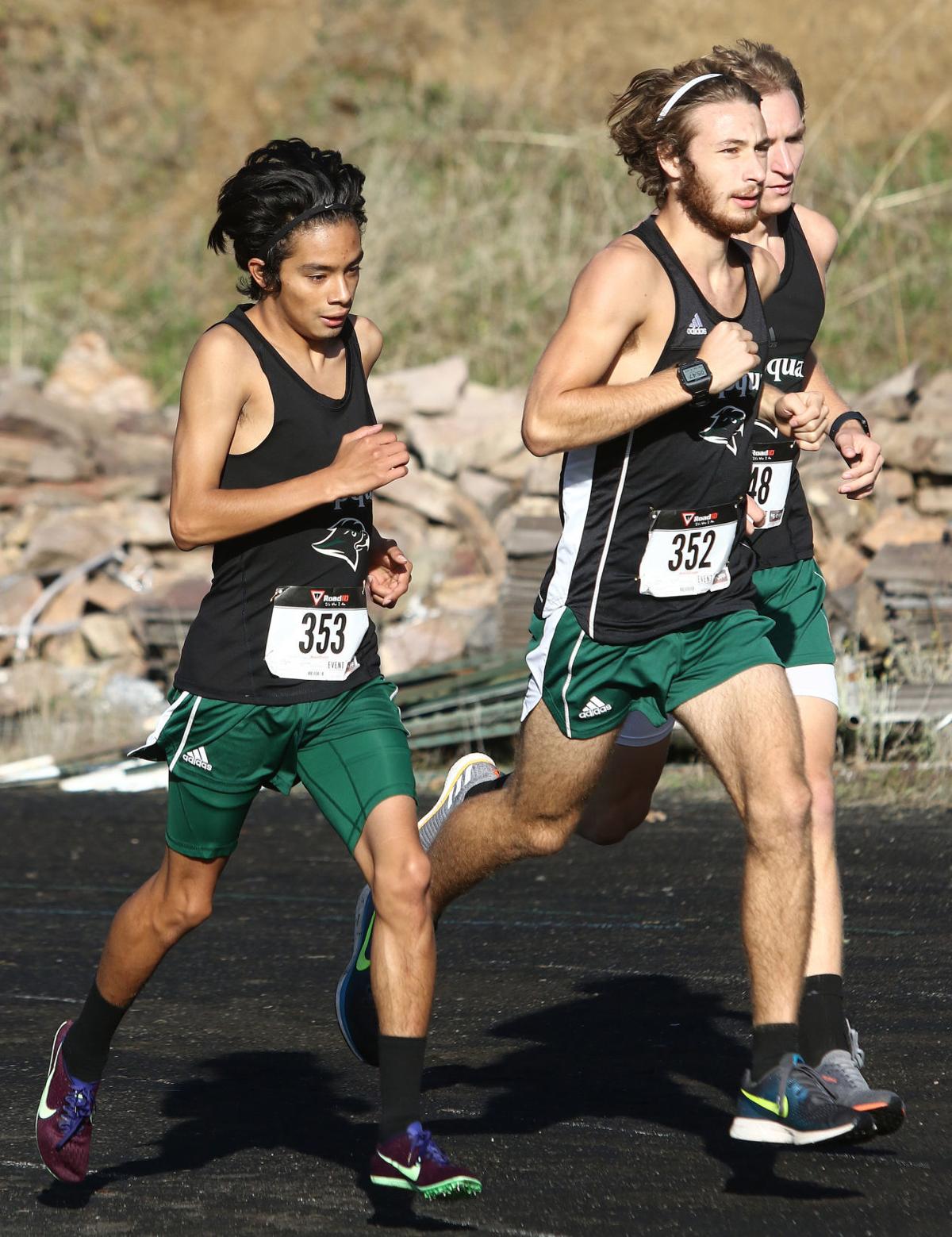 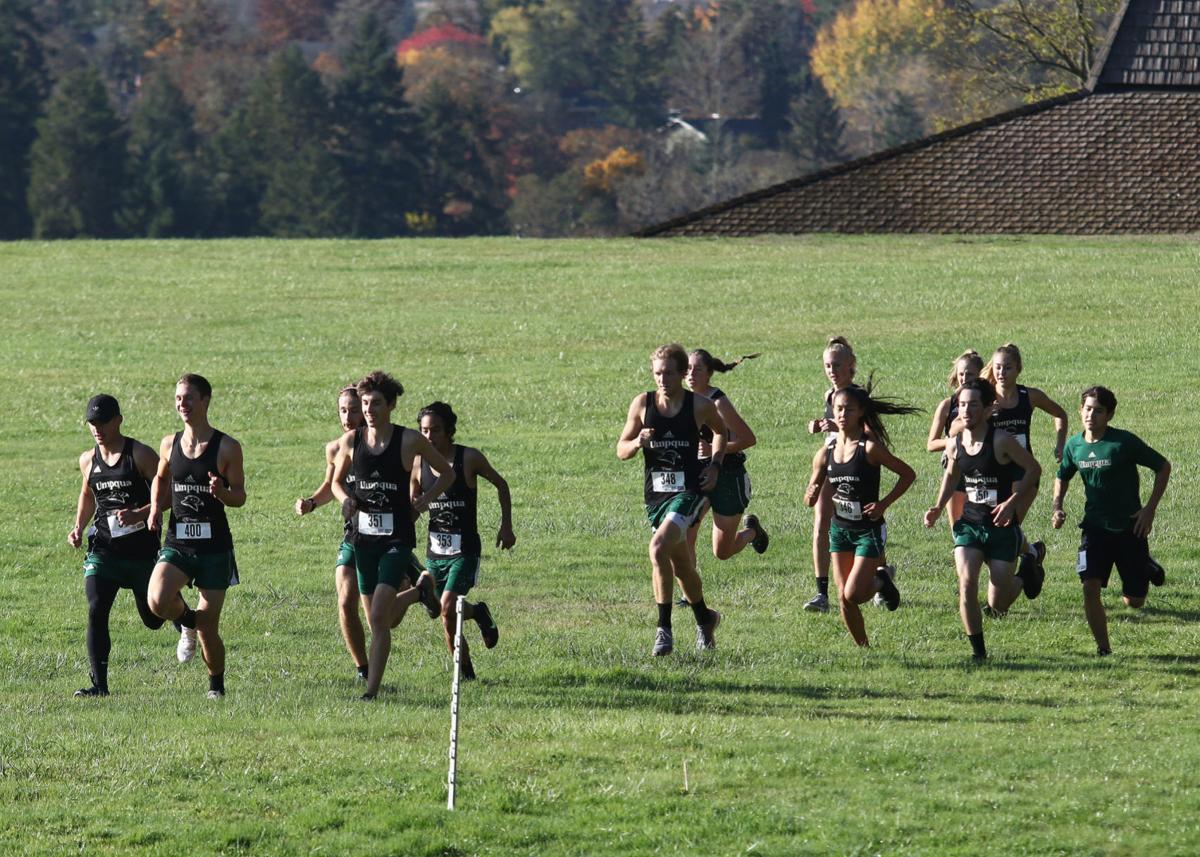 Umpqua Community College runner Jasmine Lake competes in the Riverhawk time trial at UCC on Saturday. Lake was the top finisher for the UCC women, clocking 23:08.29.

WINCHESTER — The Umpqua Community College cross country teams had their final run of the regular season on Saturday morning, a week before the most important meet of the season.

“(The conditions) were perfect, a beautiful day to run,” O’Connor said. “I hurt, but it felt good. I feel like I’m getting back in shape.

“I had a rough spot in the middle of the season. I was dealing with some injuries and my body was just really tired, but I feel like I’m coming back. This definitely helps my confidence.”

O’Connor finished nearly 35 seconds ahead of freshman Paesen Timm, who also set a course PR with a time of 19:19.12. O’Connor began the season as the No. 1 runner for the UCC men, but Timm was the Riverhawks’ top finisher the last couple of meets.

“I was hoping to get 18:30, 18:40 — somewhere in there,” O’Connor said. “It made me happy. Honestly, I was just hoping to keep up with Paesen. He had a rough day today, but he’s been beating me. Hopefully we end up running it (the South Region meet) together.

“Every practice, it’s back and forth between us. It’s a competition all the time, but we have fun with it. I’m starting to feel better, more like the beginning of the season. Thankfully I haven’t had any (physical) struggles the last two weeks.”

Timm, from Cottage Grove, says UCC is the hardest course he’s run on all season.

“I just wanted to get a PR, and was hoping for the team to do a lot better and get a lot closer,” Timm said. “It was awesome having the whole team finish with PRs. That shows the training we’ve been doing this season.

“I feel great, probably the best I’ve felt since I’ve been a runner. This is a really tough course. The hills are awful. If I had to choose between this and running an 8K, I’d definitely choose an 8K.”

Timm enjoys having O’Connor as a teammate.

“We’ve always been competitive,” Timm said. “It’s nice to have someone to be competitive with. We’ve been pushing each other.”

“I know the last week of practice the guys have been crushing it, especially our 3-4 runners,” O’Connor said. “They’ve really stepped up. It’s surprised us how well they’ve kept up with us in workouts.”

“I liked what the men did,” UCC head coach Alan King said. “There was less than a minute between the top five, which is key for our success in the next couple of weeks. Today was Derek’s day, but we have five guys who could potentially be our No. 1 runner on any given day.”

The top finisher for the UCC women was Jasmine Lake. The freshman out of Hooper Bay, Alaska, clocked 23:08.29, a course PR by 44 seconds.

“The hills are a challenge, but the coolness really helped with the run,” Lake said. “I was hoping to get at least 22 (minutes). I’m a little disappointed, but I’m still improving. I feel amazing (condition-wise). Compared to my first time last year, my (season) PR this year is 19:32.”

“Today was a good day for Jasmine,” King said.

“Our goal (for the men’s team) is finishing in the top three (at regionals),” King said. “There are five teams capable of finishing third in the conference, so every single position point will matter.

“Same thing on the women’s side. Three teams could be finishing third. It’s going to be a dogfight. We’ve just got to stay healthy and mentally focused.”

Riverhawks get ready for region meet with time trial