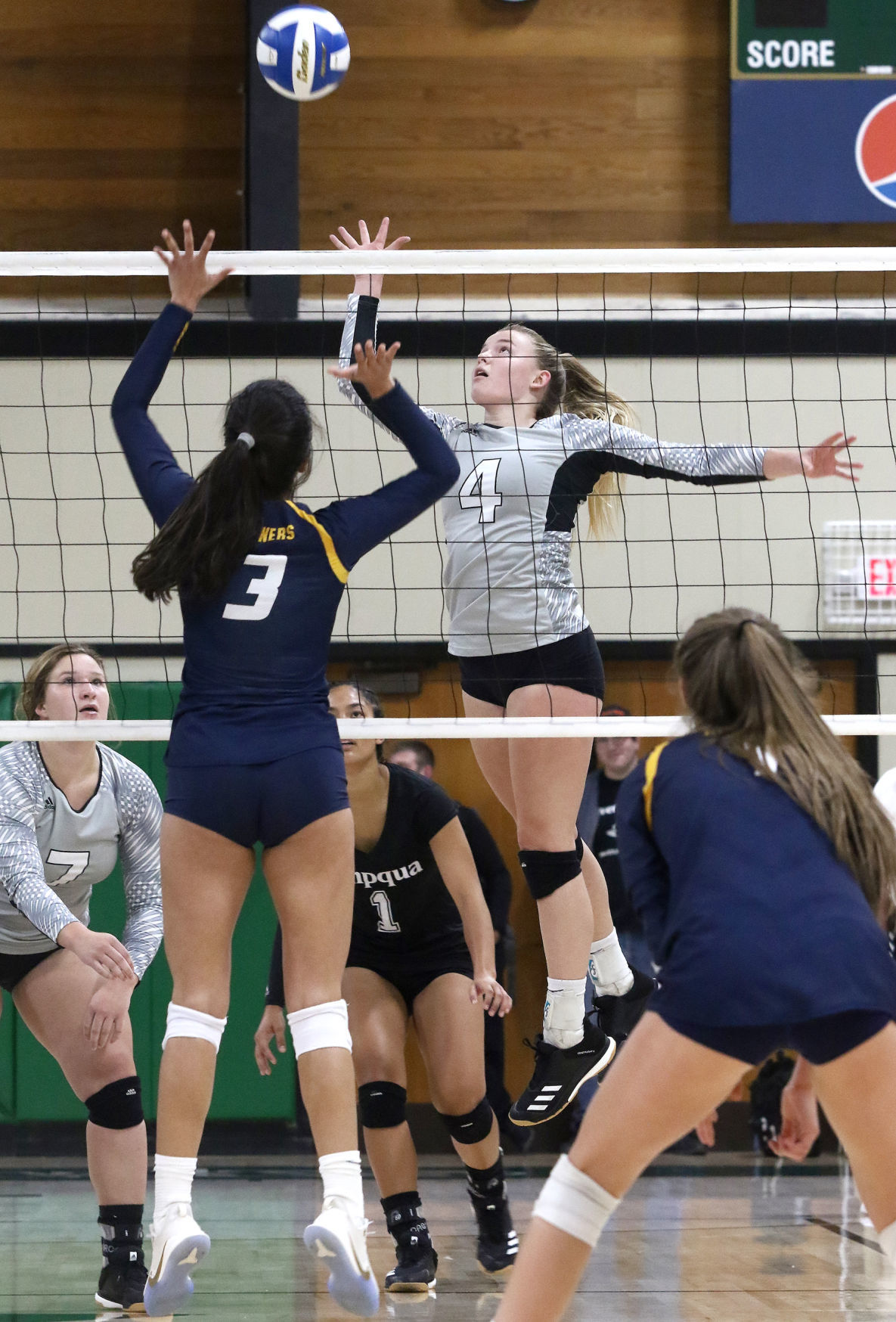 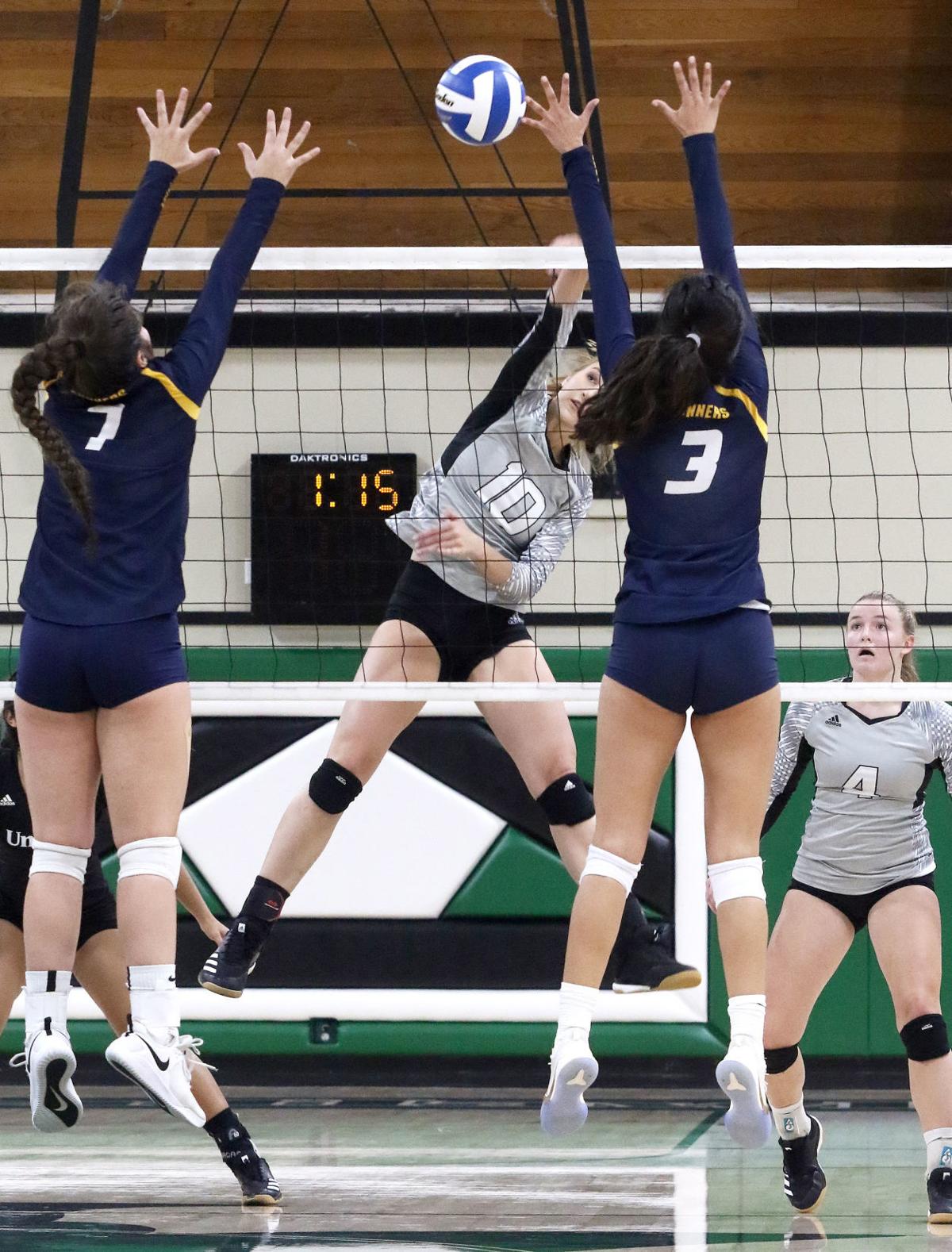 Umpqua Community College’s Johanna Pope (10) hits the ball between Linn-Benton defenders Alexis Chapman (7) and Mitra Aflatooni during their South Region match at UCC on Wednesday. Pope had eight kills in the Riverhawks’ loss. 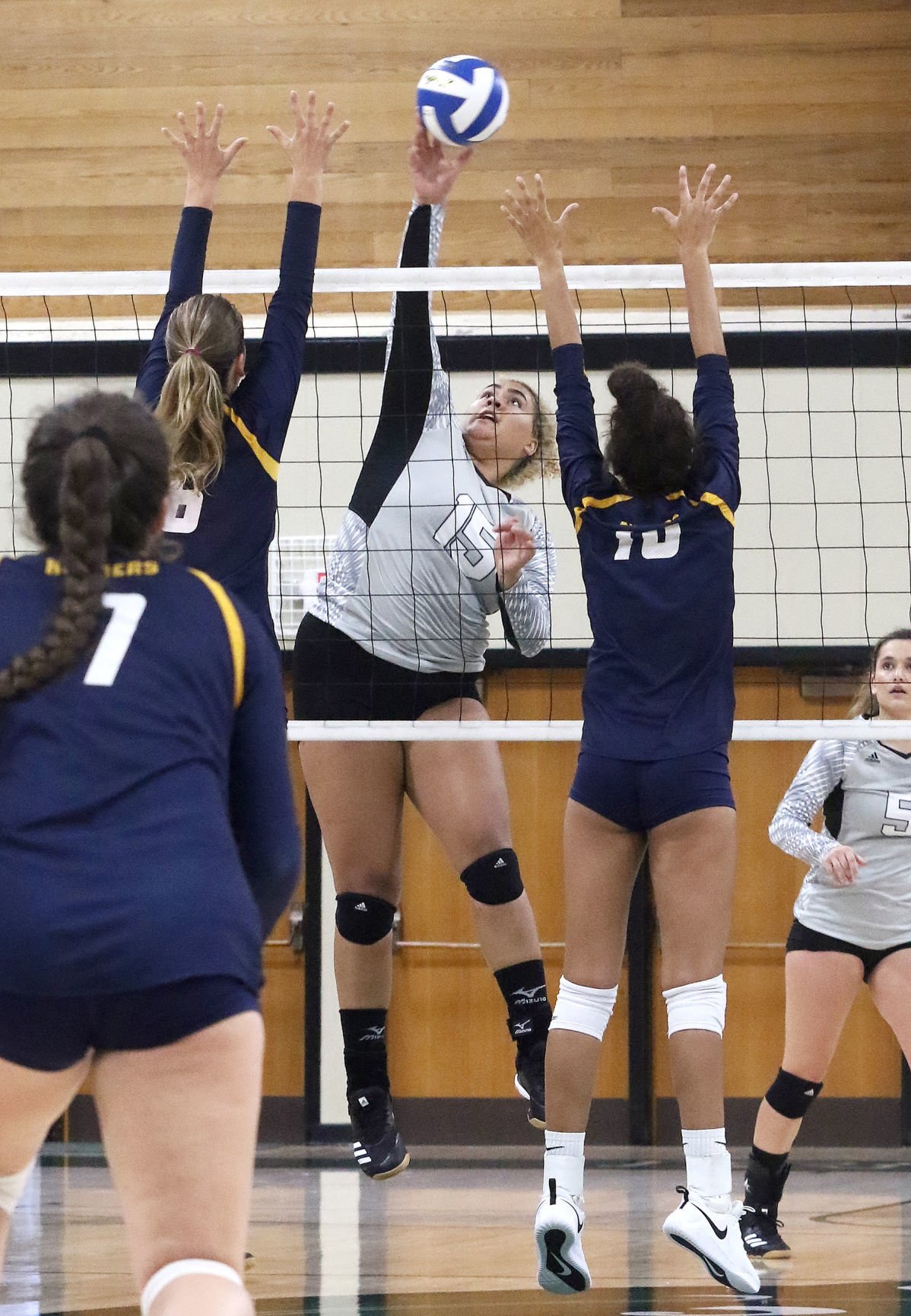 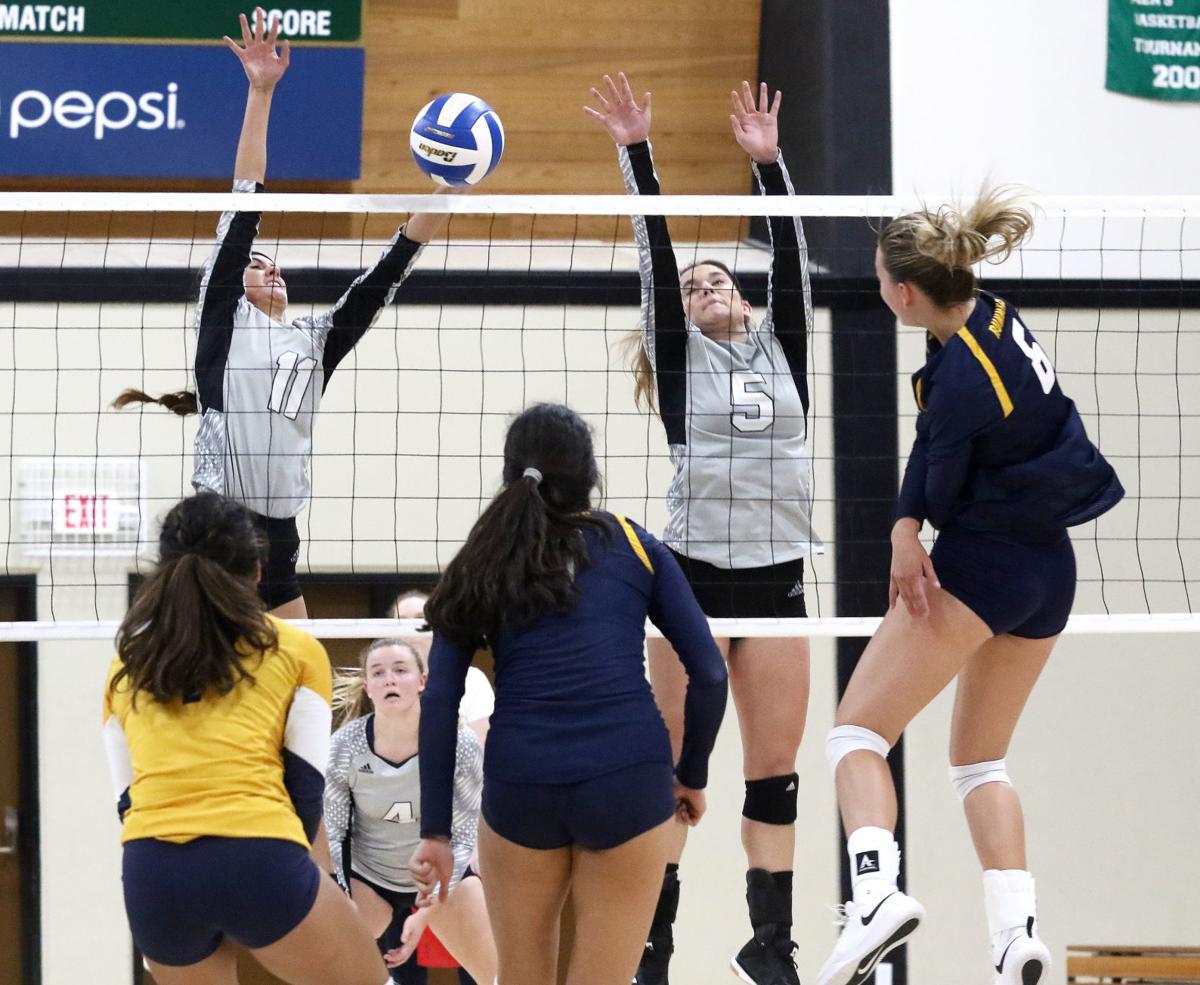 Umpqua Community College’s Breez Hansen (11) and McKenna Wilson defend the net against Linn-Benton’s Ally Tow during their match at UCC on Wednesday. Tow led the Roadrunners with 17 kills. 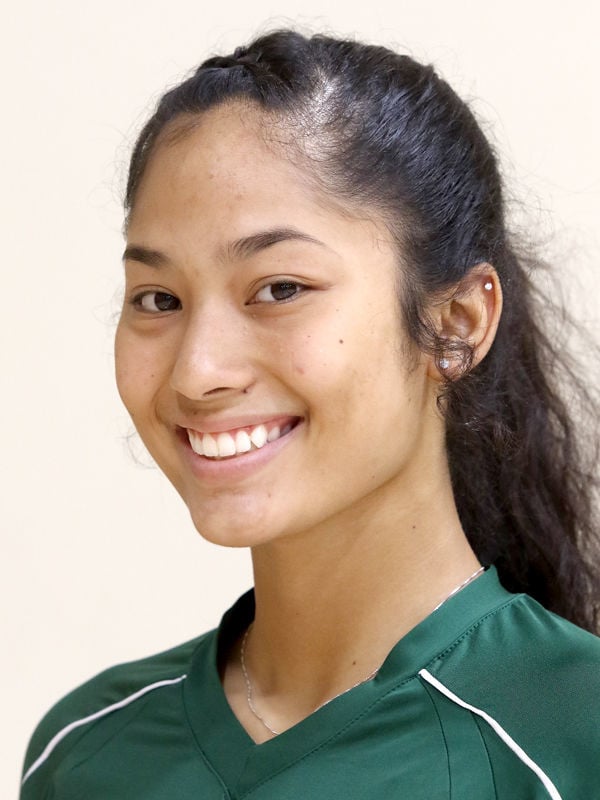 Umpqua Community College’s Johanna Pope (10) hits the ball between Linn-Benton defenders Alexis Chapman (7) and Mitra Aflatooni during their South Region match at UCC on Wednesday. Pope had eight kills in the Riverhawks’ loss.

Umpqua Community College’s Breez Hansen (11) and McKenna Wilson defend the net against Linn-Benton’s Ally Tow during their match at UCC on Wednesday. Tow led the Roadrunners with 17 kills.

WINCHESTER — The Umpqua Community College volleyball team was hoping to give Linn-Benton a run for its money in the Riverhawks’ South Region opener on Wednesday night.

But the Roadrunners of Albany spoiled those plans.

“I wasn’t worried at all, I was confident (about this match),” said Linn-Benton sophomore libero Caity Carrillo, a former Sutherlin High standout. “We really came out strong on the first points, that’s what made the biggest difference. We usually hold back, but this time we went out strong.”

The Riverhawks, down two sets to none, rallied in the third game. They trailed 14-6, but cut the deficit to 19-18. Linn-Benton was able to hold on and close out the match.

“We were disappointed,” UCC sophomore libero Shayla Limatoc said. “We were expecting a five-set match, but kind of let the speed of the game take charge of us. We let that get ahold of our own tempo and it kind of dragged us down instead of us coming back.”

UCC coach Lacy Pinard had a long discussion with her team following the contest.

“We need to work on our recovery,” Pinard said. “We fell into a tempo that wasn’t our own and need to really work on settling down. The whole game atmosphere really caught our girls tonight and we didn’t settle down and do what we do best.”

Limatoc made 12 digs. Katelyn Crawford, a Roseburg graduate, had 14 assists and Megan Davis contributed 11 assists in the loss.

“The only difference was we weren’t as aggressive as we normally are,” Limatoc said. “We haven’t played like this before and I know we’re going to do better.”

Carrillo and former South Umpqua High standout Sydnie Johnson were both in the starting lineup for the Roadrunners. Johnson, a freshman setter, had 31 assists and Carrillo made 11 digs.

“I love this match,” Carrillo said. “I love coming to my hometown and it’s fun to win.”