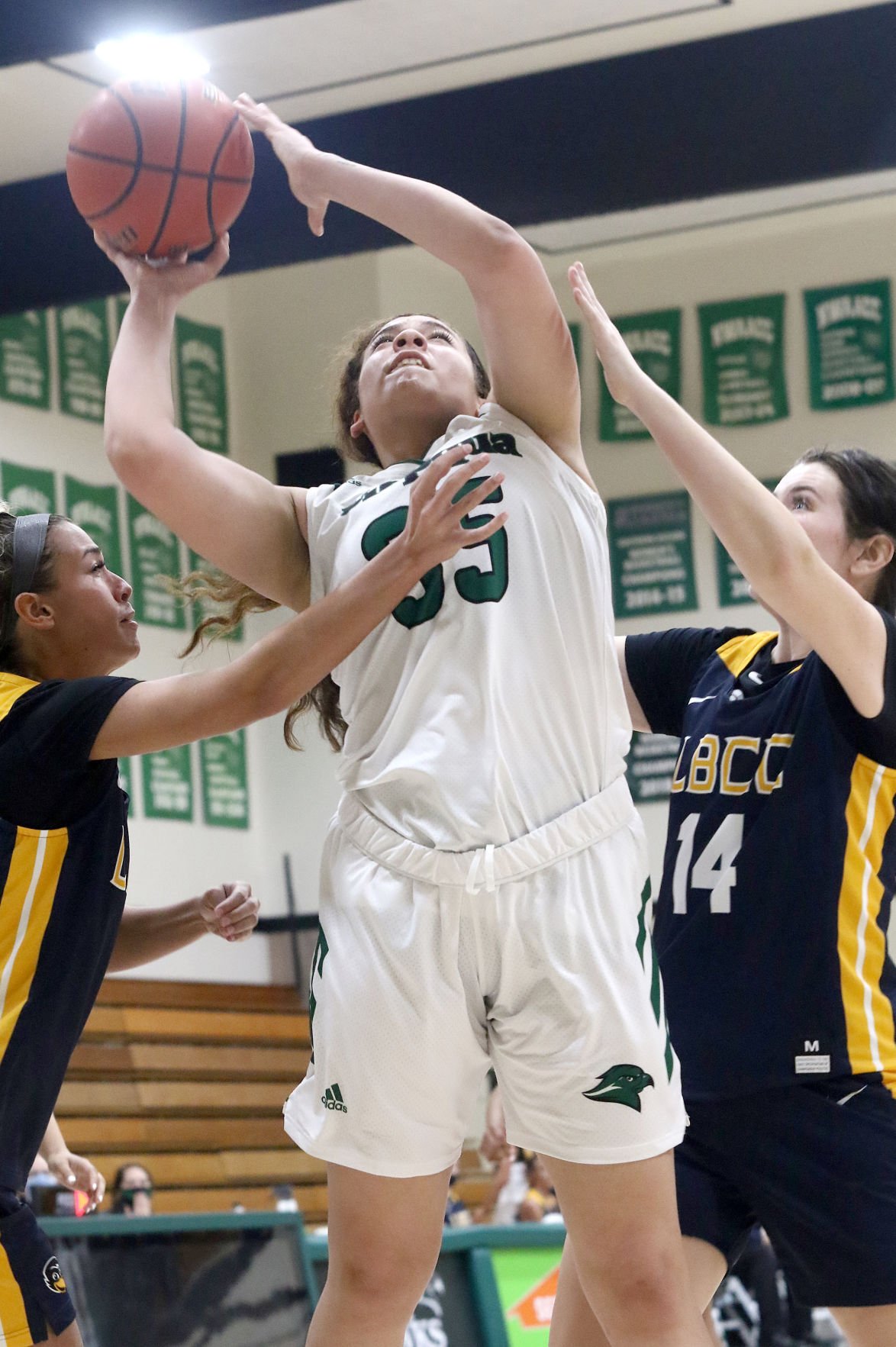 Umpqua Community College forward Gabriela Colon shoots inside between a pair of Linn-Benton players during second half play Wednesday night at UCC in Winchester. The Riverhawks lost, 73-51. 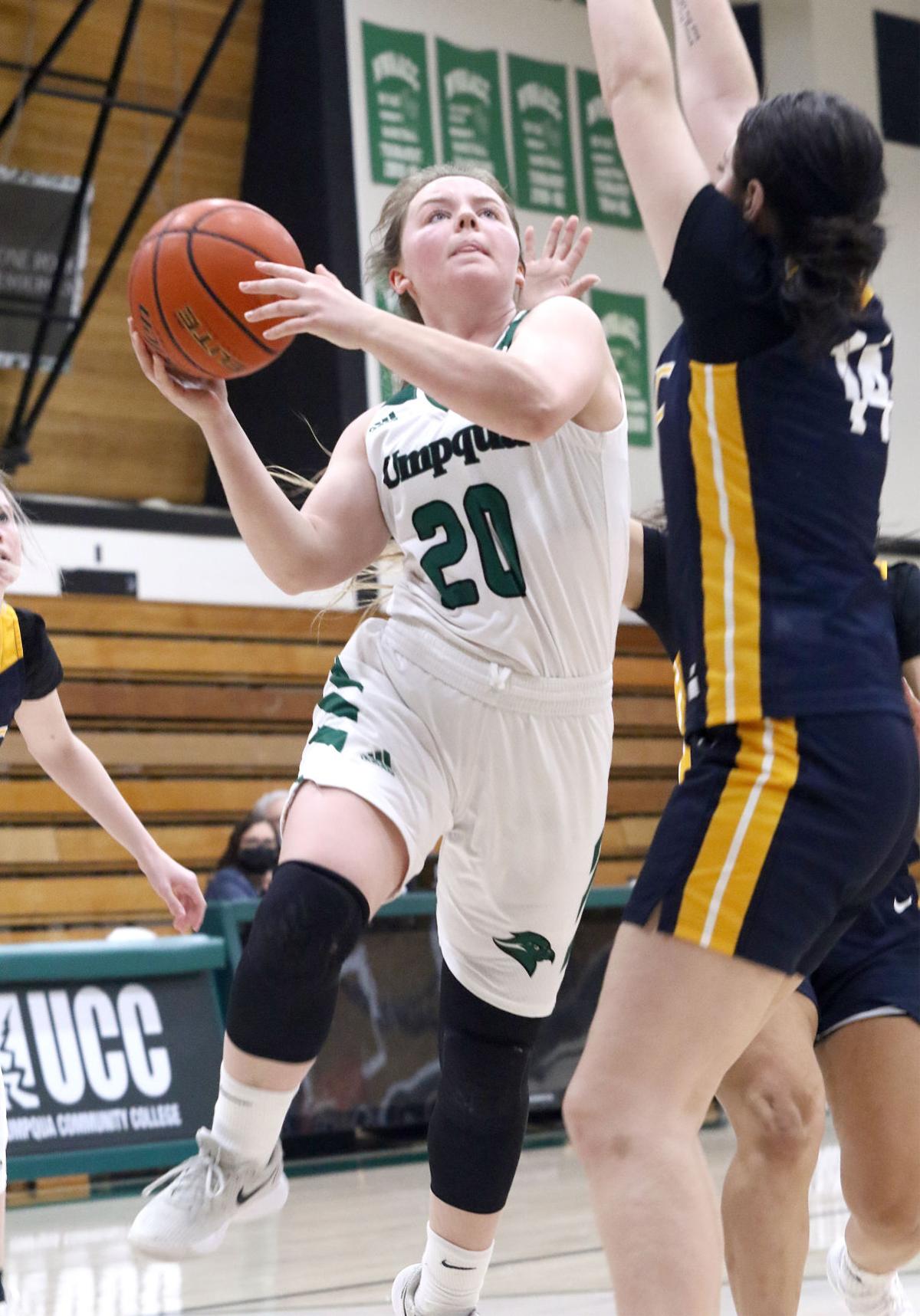 Umpqua Community College guard Fallon Hanson drives to the basket during the second half Wednesday at UCC. Hanson scored a game-high 23 points, but the Riverhawks lost, 73-51. 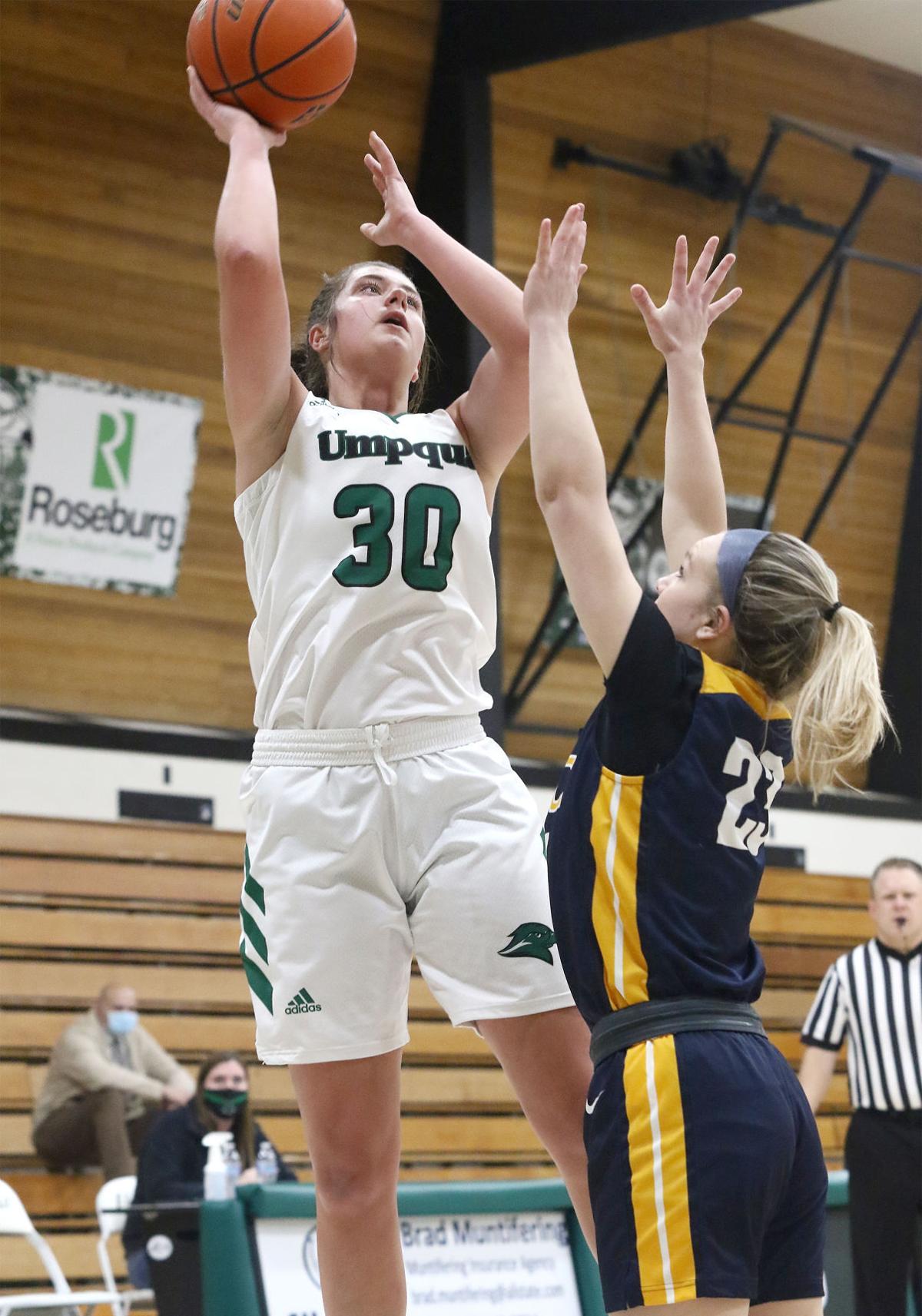 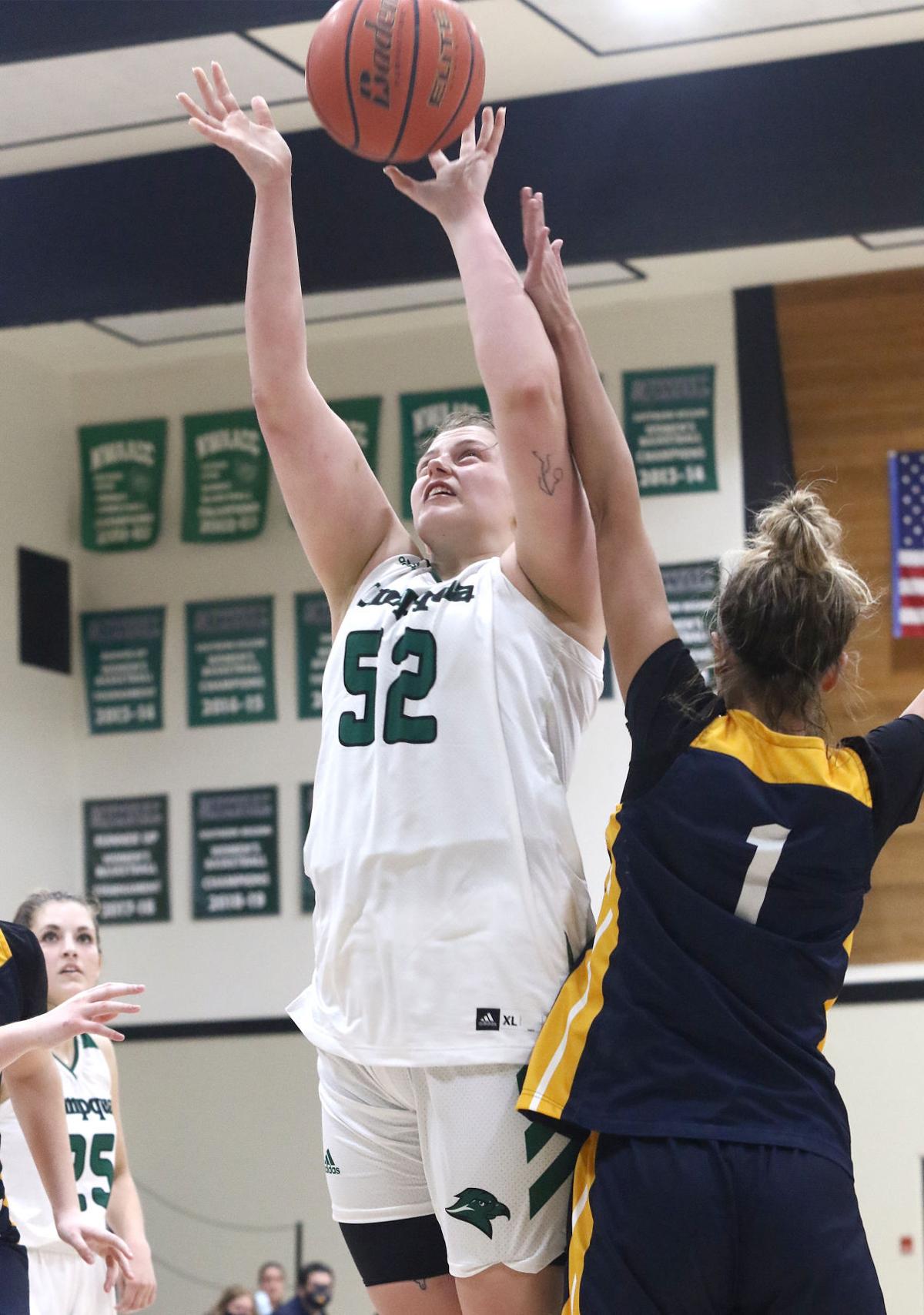 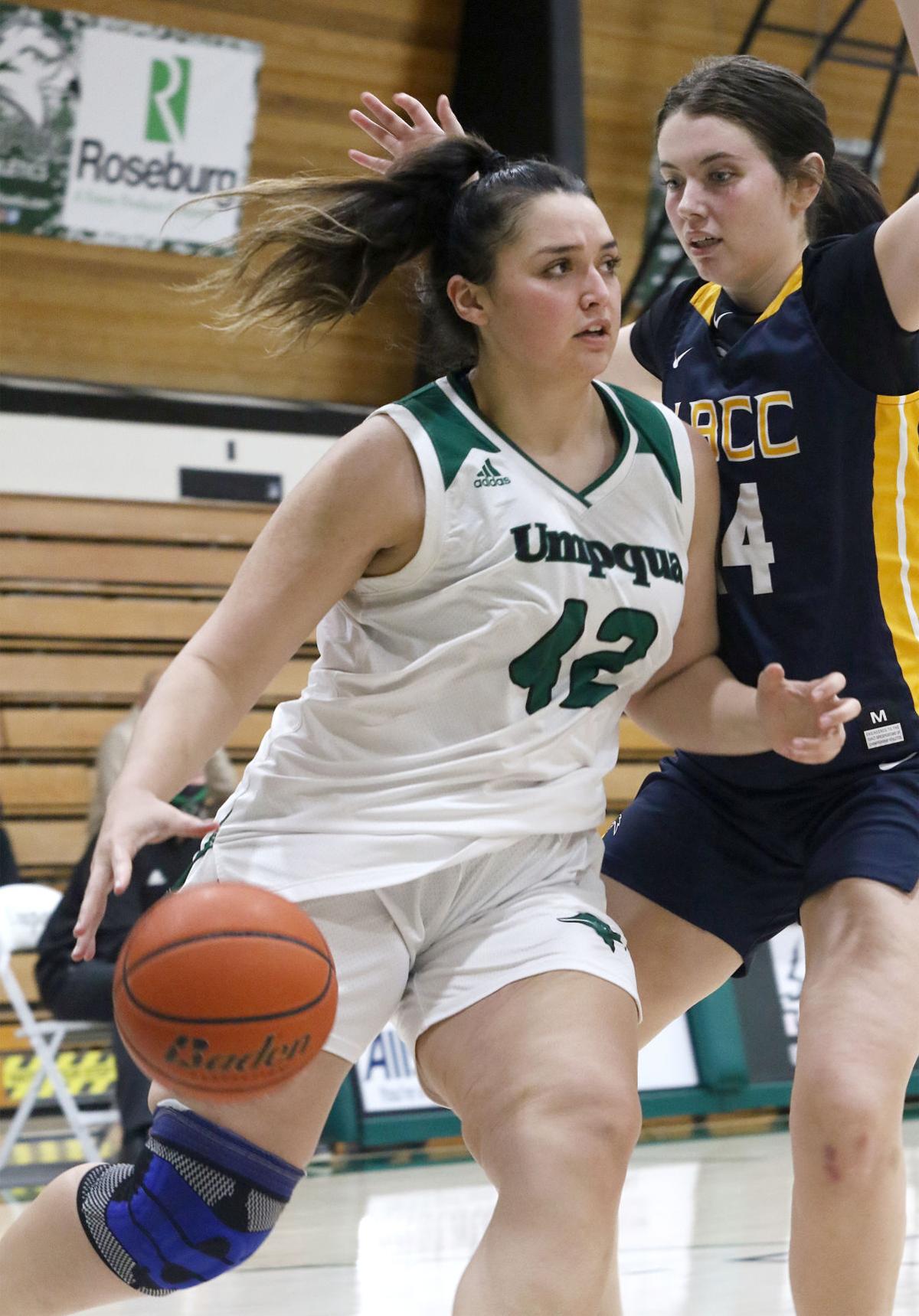 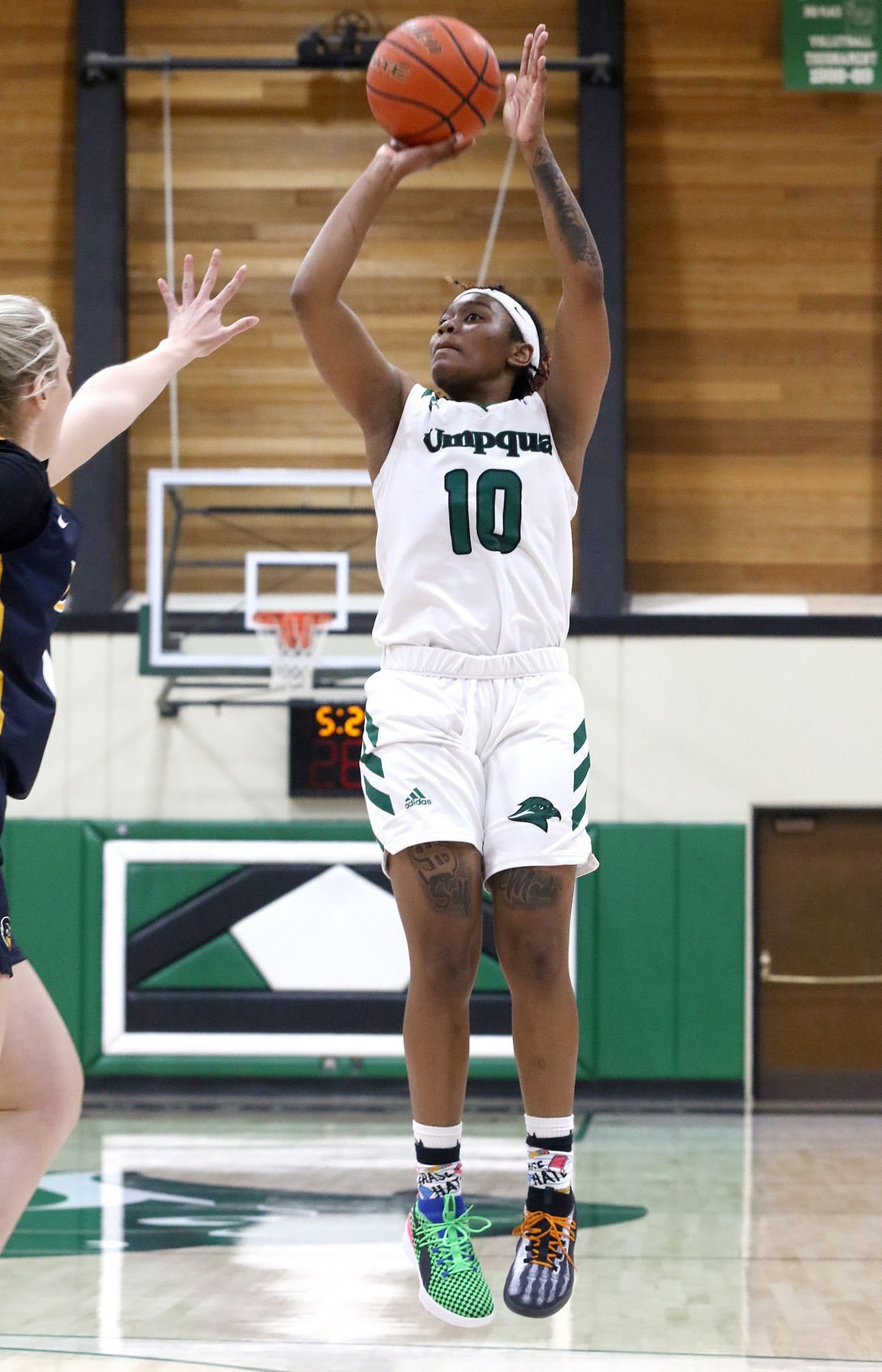 Umpqua Community College forward Gabriela Colon shoots inside between a pair of Linn-Benton players during second half play Wednesday night at UCC in Winchester. The Riverhawks lost, 73-51.

Umpqua Community College guard Fallon Hanson drives to the basket during the second half Wednesday at UCC. Hanson scored a game-high 23 points, but the Riverhawks lost, 73-51.

A 22-point loss to Linn-Benton at home?

The Riverhawks’ 2021 spring home opener on Wednesday was a tough one to digest. Umpqua shot 25 percent from the field and was outrebounded in a 73-51 defeat in a South Region game that was held before no fans due to COVID-19 restrictions.

“If you can’t shoot well and rebound, you can’t expect to beat anybody,” UCC coach Dave Stricklin said. “We couldn’t hit a shot and had plenty of open looks.”

The Riverhawks (0-2) over the years have ranked near or at the top in the Northwest Athletic Conference in rebounding. So watching his team finish with only 31 rebounds against the Roadrunners (2-0) was the most discouraging statistic to Stricklin.

“Linn-Benton is a little better this year and they were more physical than we were,” Stricklin said. “They bullied us inside and killed us on the boards. I can’t remember the last time we had only 30 rebounds in a game.”

It’s been a long time since Umpqua lost to LBCC in women’s basketball, too.

The Roadrunners took control of the contest with 15 unanswered points during a span near the end of the first quarter to the start of the second. Linn-Benton turned a 19-11 deficit into a 26-19 advantage.

Linn-Benton opened the second half with a 15-3 spurt to make it 51-28 and that closed the coffin on the Riverhawks.

The Roadrunners had a balanced scoring attack, with Grace Gaither and Brooklyn Hankwitz each finishing with 13 points. Halo Parks had 11 points and Kaitlin Ensign added 10.

The Riverhawks, who have just seven players on their roster, committed 16 turnovers. UCC was outrebounded 40-35.

The two teams are scheduled to meet again in Albany on Saturday, with tipoff set for 1:30 p.m.