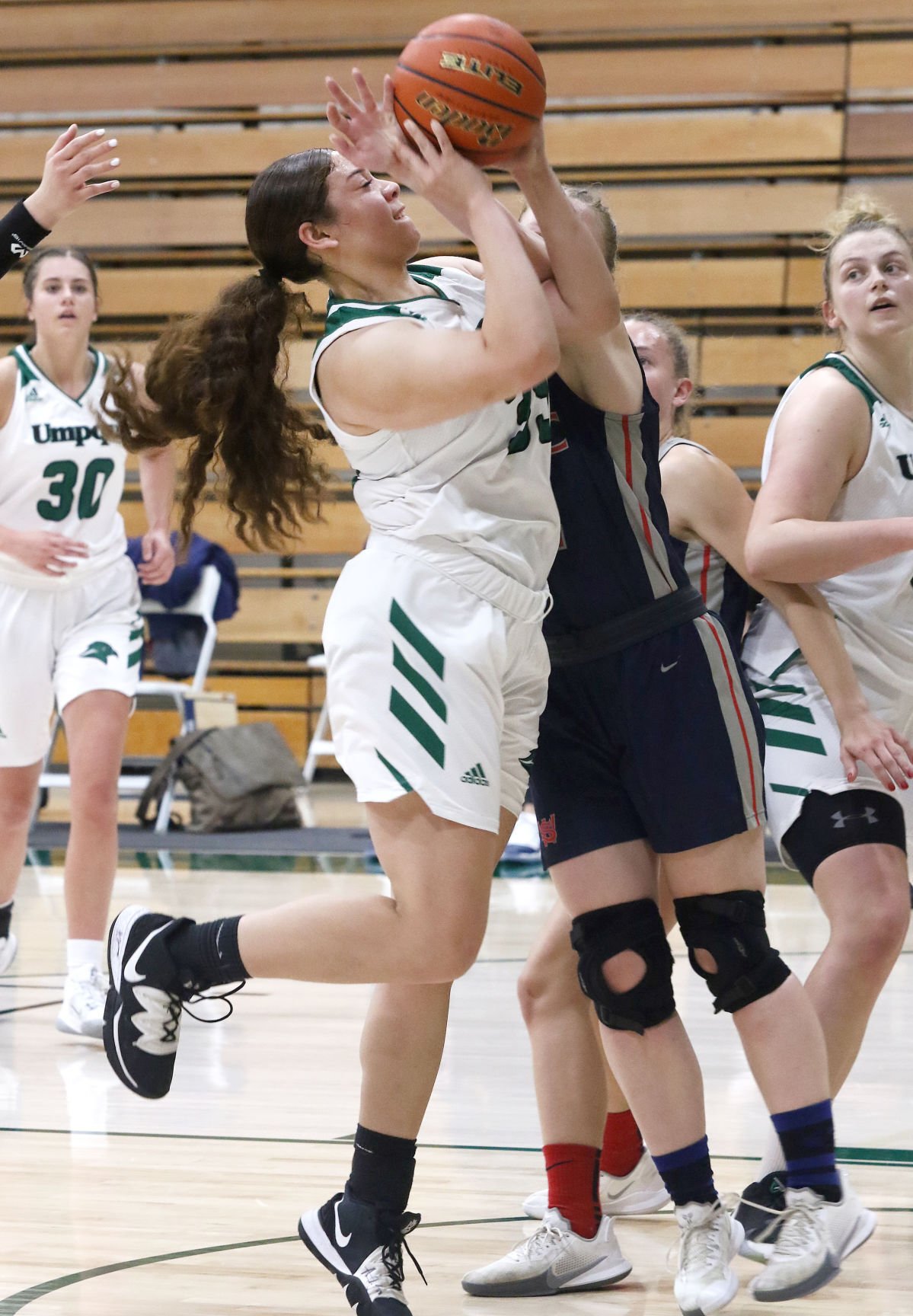 Umpqua Community College’s Gabriela Colon shoots inside during first half play against Southwestern Oregon Saturday at UCC in Winchester. Colon scored 16 points in the Riverhawks’ 55-44 win. 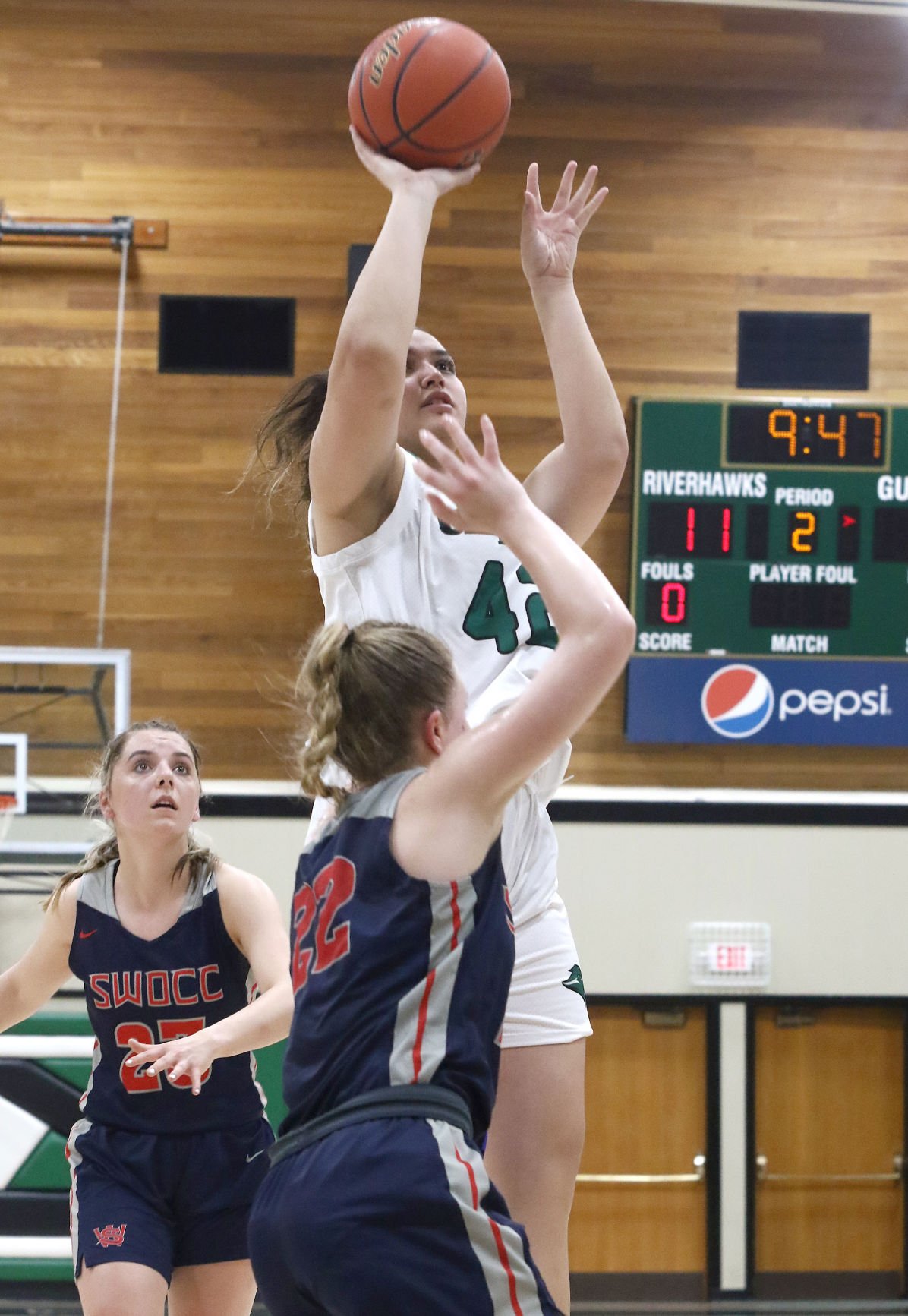 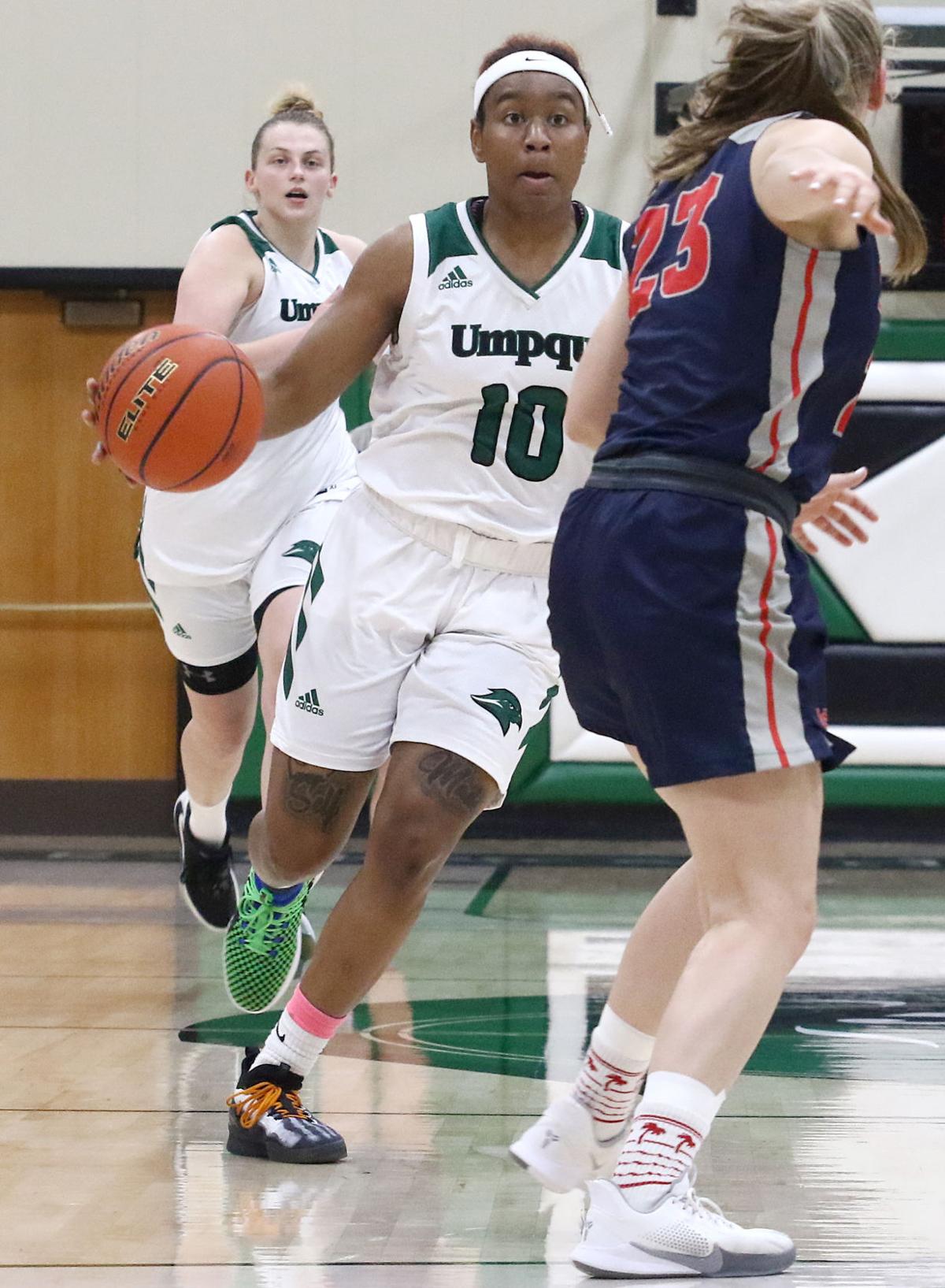 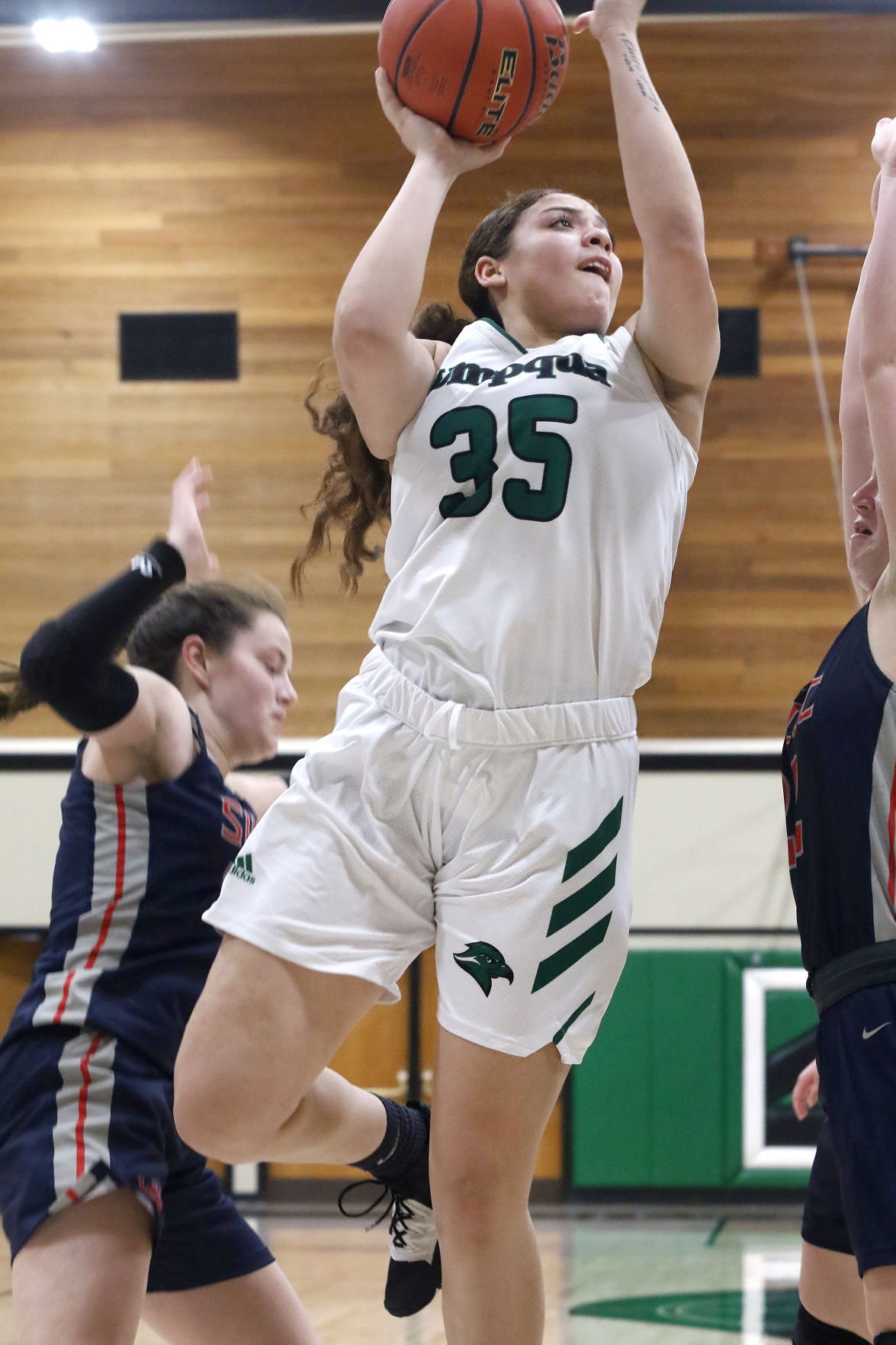 Umpqua Community College’s Gabriela Colon goes up for a shot during the first half against Southwestern Oregon Saturday at UCC.

Umpqua Community College’s Gabriela Colon shoots inside during first half play against Southwestern Oregon Saturday at UCC in Winchester. Colon scored 16 points in the Riverhawks’ 55-44 win.

Umpqua Community College’s Gabriela Colon goes up for a shot during the first half against Southwestern Oregon Saturday at UCC.

WINCHESTER — Even without its leading scorer and head coach, the Umpqua Community College women’s basketball team got the job done against visiting Southwestern Oregon on Saturday afternoon.

Freshman posts Leiani Tonga and Gabriela Colon pulled the scoring load and helped the Riverhawks utilize their size advantage and dominate the Lakers in rebounding as they posted a 55-44 Northwest Athletic Conference South Region win.

The contest was played before no fans in the UCC gym because of COVID-19 restrictions. Umpqua improved to 4-5 on the shortened spring season.

“All of them (posts) did so good,” said UCC guard Jalen Robles, a Roseburg High School graduate. “They did so much. They’ve been working really hard. Even without having our top scorer (Fallon Hanson) around, it moved the focus on the bigs and they had a chance to shine.”

The Riverhawks had six players available Saturday, while Southwestern Oregon (0-4) has a roster of five. Hanson, UCC’s lone sophomore, was on a rodeo recruiting visit and Riverhawks head coach Dave Stricklin missed the the contest for family reasons.

“We did good,” UCC assistant coach Adam Child said. “I think the goal the last couple of days was to just get after it on defense and play aggressive, try and bump cutters and focus a lot on rebounding. We rebounded really well. We took away the second chances and limited the turnovers to some extent.

“We just played hard between the paint. Sometimes you need the dirty work to win games.”

The Riverhawks took their biggest lead of the first half when Gracie Anderson banked in a 3-pointer to make it 23-14 with 5:06 left to play in the second quarter. Umpqua was up 29-22 at halftime.

UCC bumped its advantage to 12 at 44-32 when Anderson scored off a pass from Sydnei Collier with 5:46 left in the third period. SWOCC wasn’t able to get any closer than seven the rest of the way.

Anderson chipped in nine points for the Riverhawks. Robles scored all four of her points at the free-throw line in the fourth quarter.

“I think we prepared really well,” Robles said. “We don’t need to rely on one person, we can do this ourselves.”

UCC is scheduled to host Mt. Hood at 5 p.m. Wednesday.