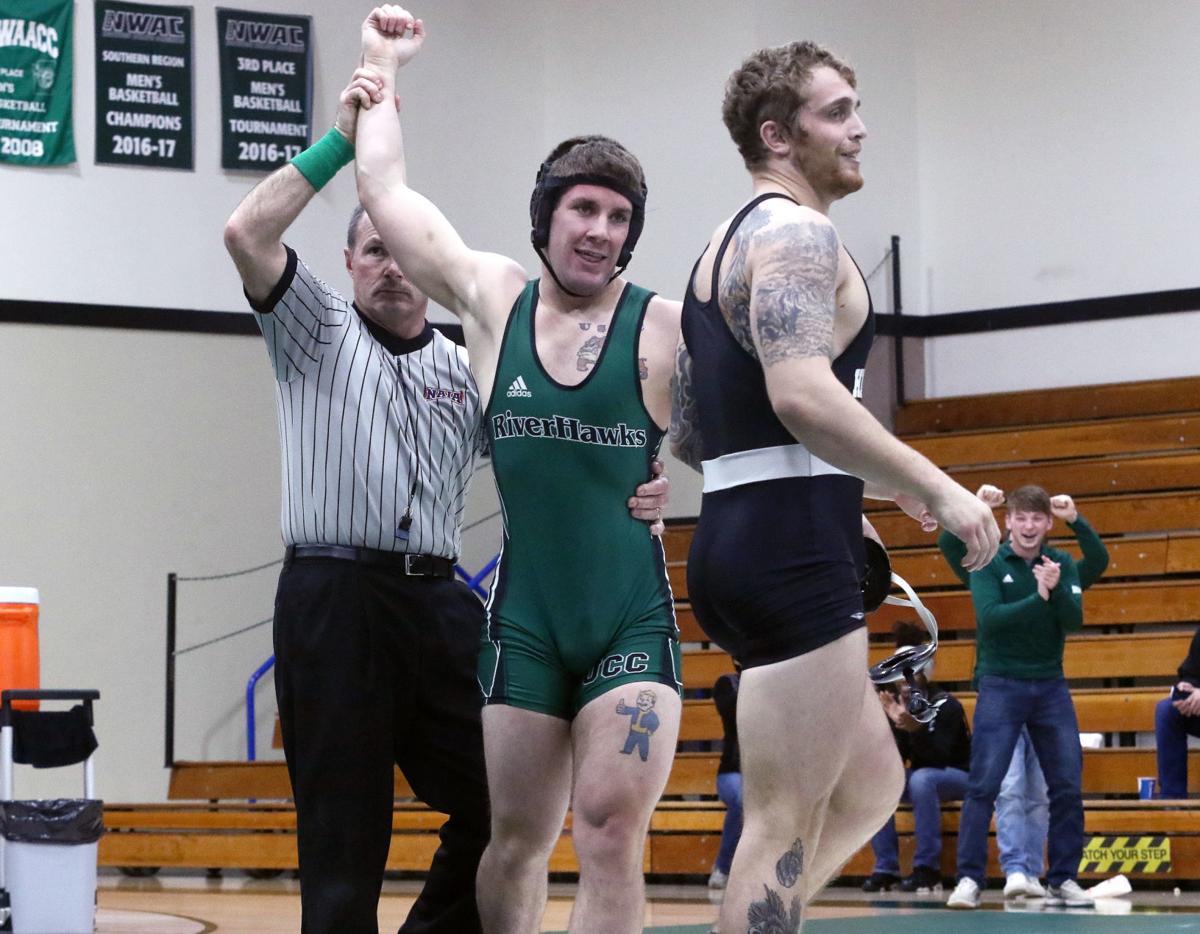 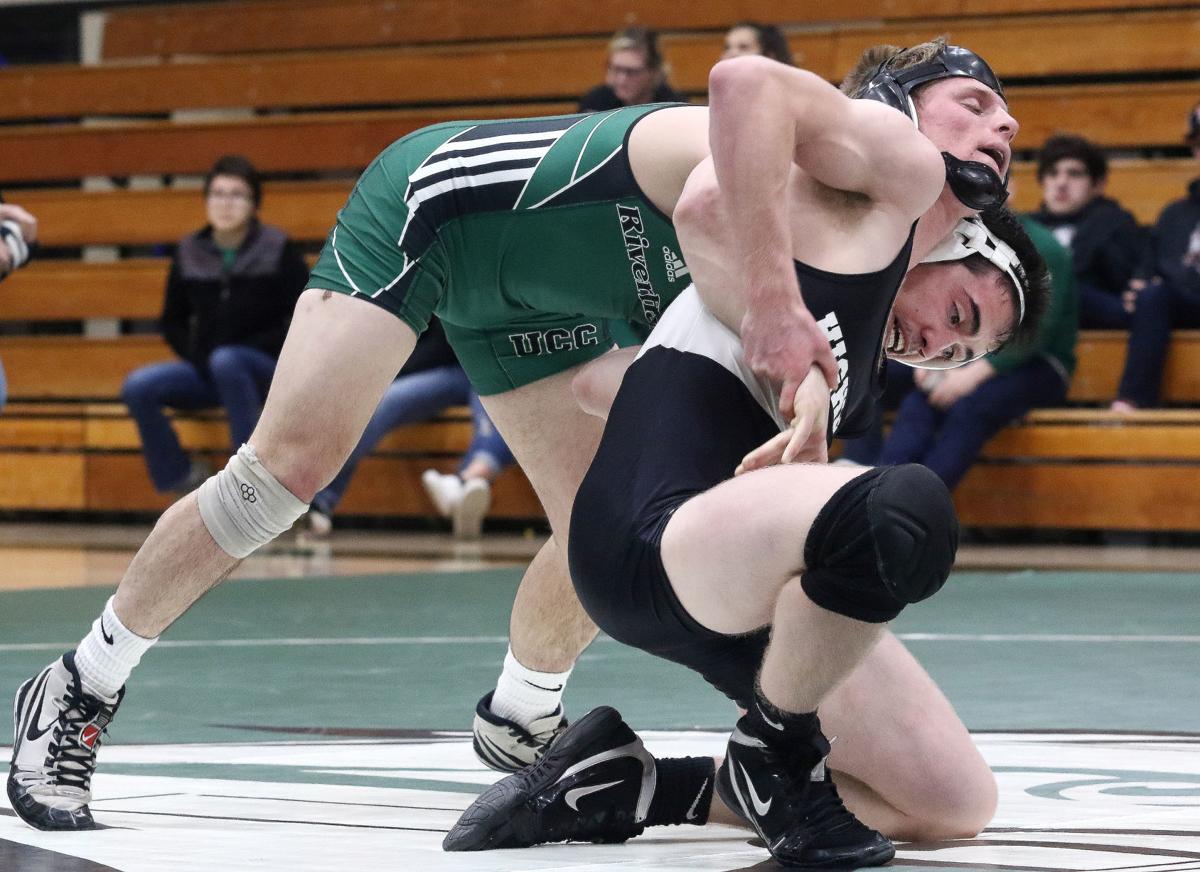 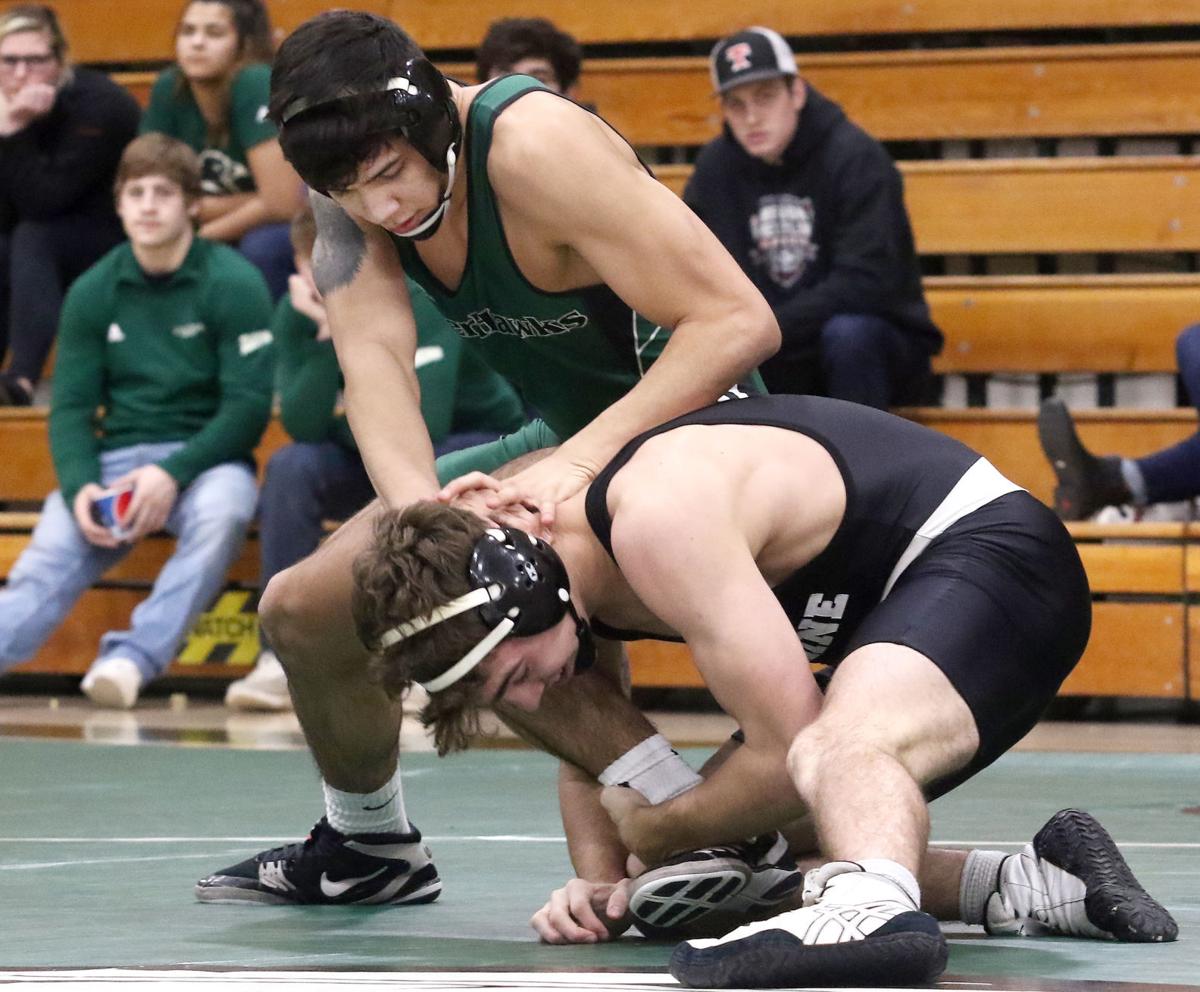 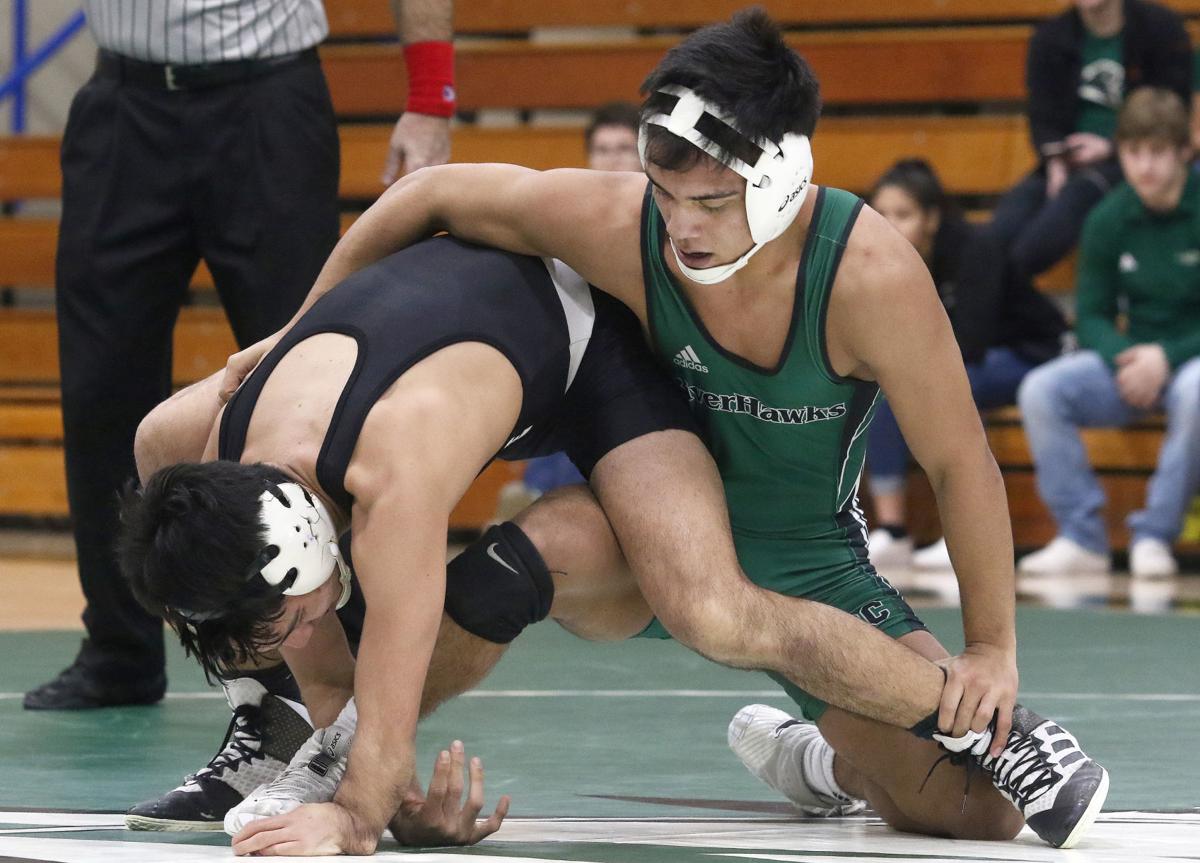 WINCHESTER — One of the matchups during Saturday’s wrestling dual between Umpqua Community College and Highline College featured a pair of military men.

Umpqua’s Tayler Davis, a freshman from Triangle Lake, is a Marine. Highline’s Daniel Allen, from Durham, North Carolina, is a five-year Army veteran.

They squared off in the 197-pound match. Davis moved up from 184, so he could get a match.

Allen had the lead early, but Davis rallied and ended up pinning Allen in 2 minutes, 6 seconds. It was one of two wins in contested matches for the Riverhawks, who used four forfeits to take a 33-19 victory over the Thunderbirds in the UCC gym.

Braydon Wright of UCC scored a 6-2 decision over Garrett Cheney of Highline at 157. Wright is a freshman from Klamath Falls.

“Highline’s a pretty scrappy team,” UCC coach Kyle Temple said. “We had a game plan going in ... we knew they had a few holes in their lineup due to some injuries and sickness, and we decided we were going to play a little chessmanship and shift guys around a little bit. It worked out in our favor.”

Allen was a familiar opponent for Davis. They met earlier in the season, with Davis pulling out a 14-13 decision.

“He’s really strong, big, and is older and has a lot of experience under his belt,” Davis said. “He had me down at the beginning, but I was able to wrestle hard, scramble on top and come out with a pin.

“He was on top of me, but definitely left a lot of space and wasn’t riding very tight. You’ve got to take advantage of every little mistake your opponent makes. You’ve got to go out there and wrestle all the way through.”

“Growing up, my coaches always said, ‘in a wrestling match you always have a puncher’s chance.’ The pin doesn’t respect the score,” Temple said. “Tayler wasn’t winning the match, but he got a reversal and capitalized on it by keeping the guy on his back. That’s just a testament to Tayler continually wrestling through positions.”

Temple was pleased with Wright’s victory at 157.

“Braydon had to tough out a pretty good win,” the coach said. “We had a couple of weight classes where we were lethargic to start with, but overall it was a good team effort. It was a good way to end the regular season.”

The Riverhawks will prepare for the Region 18 Championships on Feb. 10 in Couer d’Alene, Idaho.

“I think we’re really good,” Davis said. “We’re focused, motivated and in the best shape we’ve been in all season. We’ll go (to regionals) and give it our all and represent our school well.”