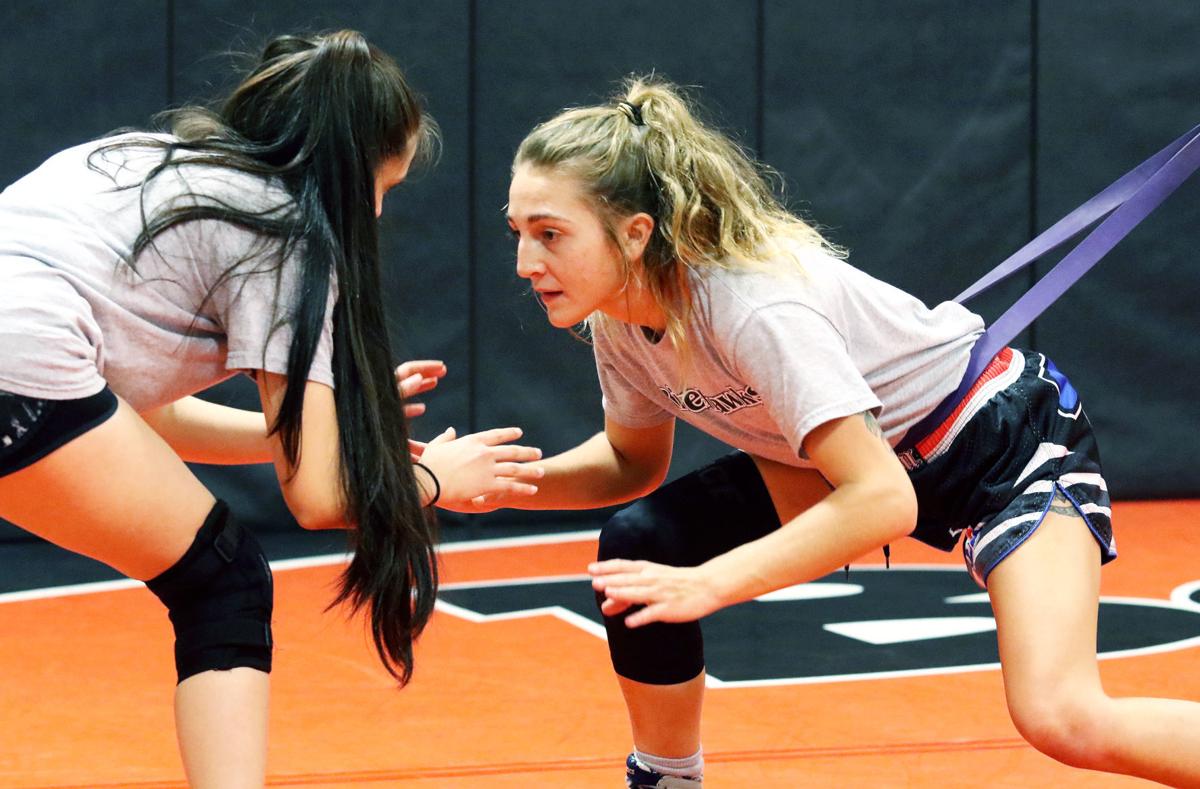 Umpqua Community College wrestlers Estehela Trevino, right, and Lexis Vasquez practice at UCC on Wednesday. Trevino is one of two returning national qualiiers for the Riverhawks, who enter their third season os a program. 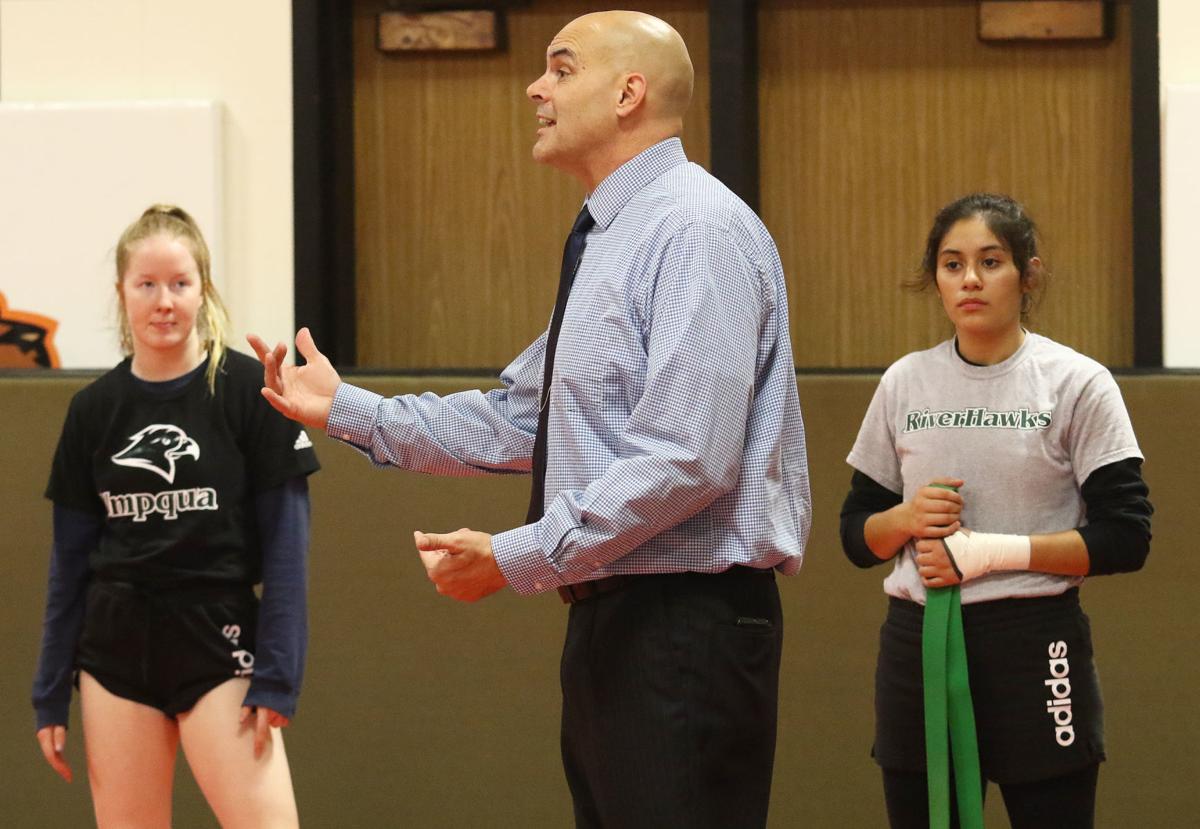 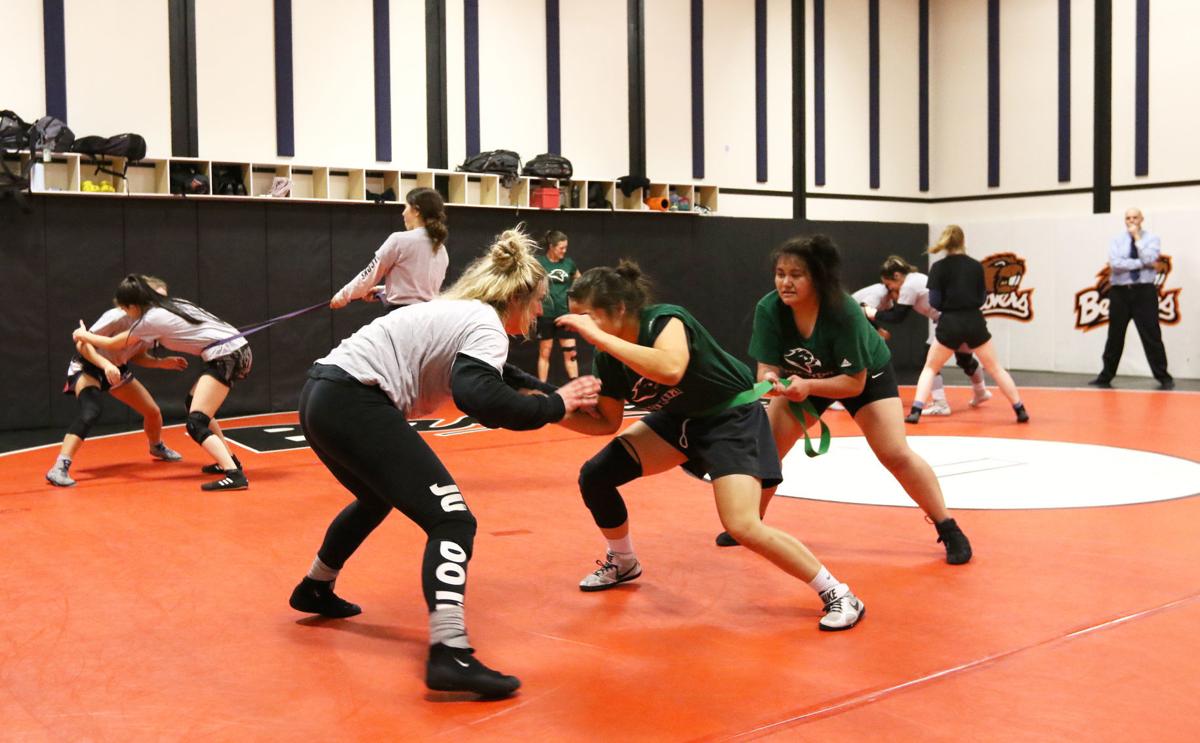 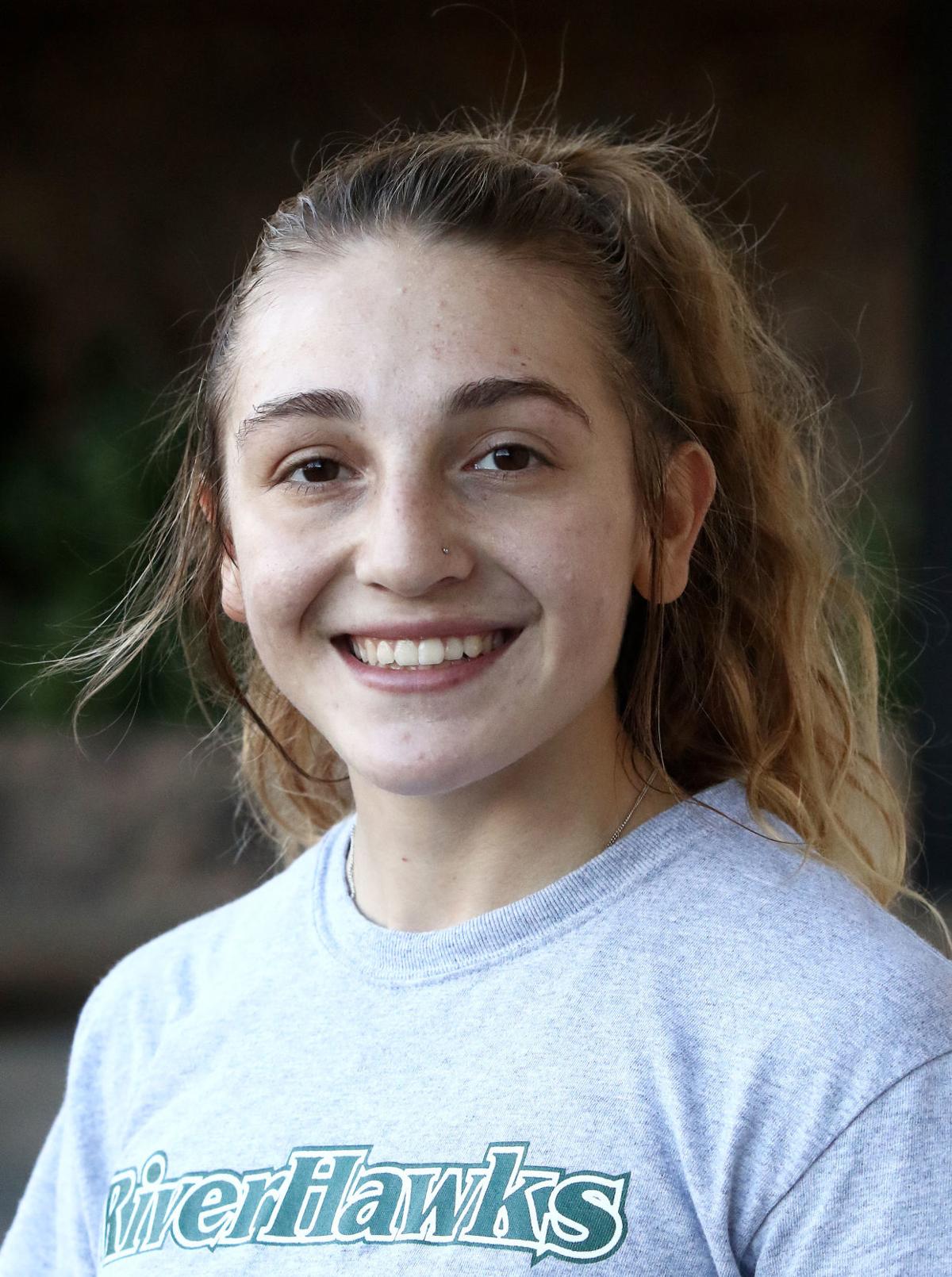 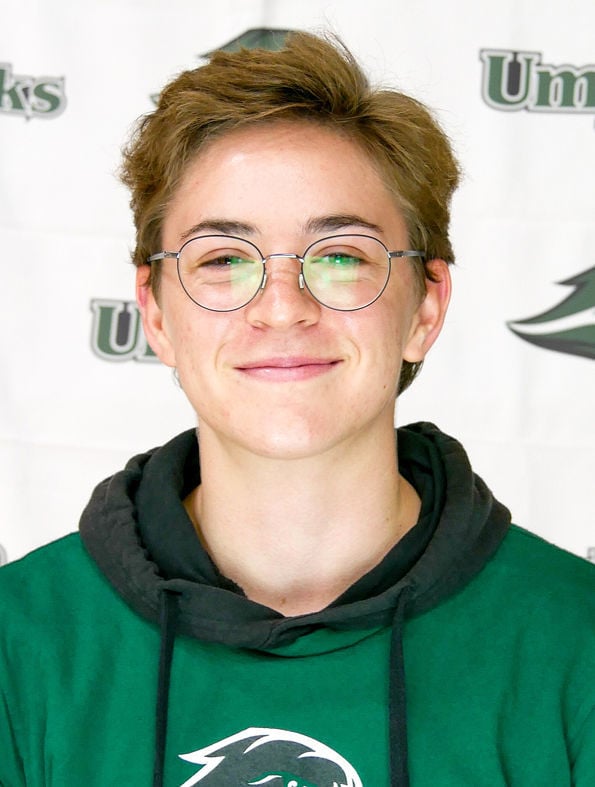 Umpqua Community College wrestlers Estehela Trevino, right, and Lexis Vasquez practice at UCC on Wednesday. Trevino is one of two returning national qualiiers for the Riverhawks, who enter their third season os a program.

This past Saturday at Forest Grove’s Pacific University, that number jumped dramatically.

Led by returning national tournament qualifiers Esthela Trevino and Mariah Annis — and easily the best incoming class of freshmen the program has seen in its three years — that trend can be expected to continue.

UCC athletic director Craig Jackson takes over head coaching duties after being heavily involved in recruiting since the program’s inception. Asia DeWeese will remain with the program as Jackson’s assistant.

“I’d been recruiting the last couple of years and decided I would come in and be more heavily involved this year and see how it goes,” said Jackson, who competed in wrestling as a high schooler but is in his first year coaching the sport.

Conner, who wrestled at Central Linn High School in Halsey, and Trevino both won their weight classes at the Mike Clock Open and are undefeated on the season at 6-0 and 4-0, respectively.

“With our returning sophomores, this incoming class is a nice one as well. It’s a nice mix,” Jackson said. “We have probably our best recruiting class so far. The girls have a lot of experience.”

That experience showed Saturday at the Mike Clock Open. In addition to Trevino and Conner, Miller (third) and Annis (fourth) also were placewinners for the Riverhawks. Miller recovered from an opening match loss to win four straight — with two pins and a technical fall — to claim the consolation title, while Annis went 4-2 on the day with a pin and a pair of technical falls.

Pine (one tf), Restrepo (one pin) and Piper (tech, pin) each went 2-2 in their brackets, while Strode and Basped (tech) also had victories.

The Riverhawks are joined in the Pacific Northwest by Southwestern Oregon, Big Bend and Grays Harbor at the junior college level, meaning they will get plenty of experience against wrestlers from four-year programs as well.

Umpqua opened the season at a dual meet event in Redding, California, in late October, and the Riverhawks got a taste of that competition right away, dropping a 24-16 decision to NAIA power Southern Oregon University, which is ranked No. 9 nationally. Umpqua later scored a 38-4 victory over Life Pacific University of San Dimas, California.

That step up in competition could lead to an even better finish to the season as the Riverhawks have increased their expectations.

The Riverhawks will travel to Moses Lake, Washington, to face Big Bend in a dual meet Saturday, Nov. 23, and the next day will compete at the Spokane Open. Umpqua only has two home events on the schedule, the first being a four-team dual meet featuring SWOCC, Grays Harbor and SOU on Dec. 7.