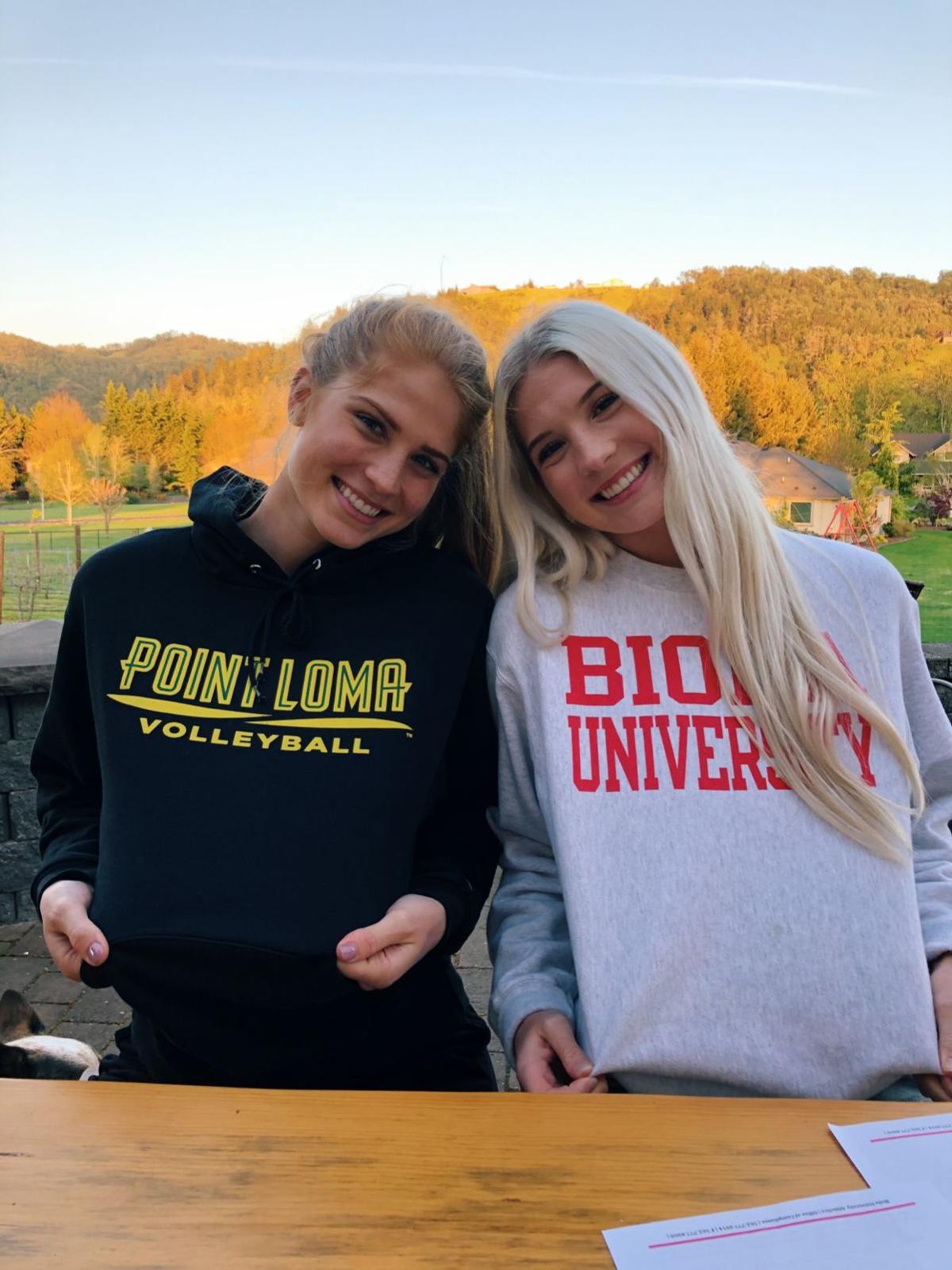 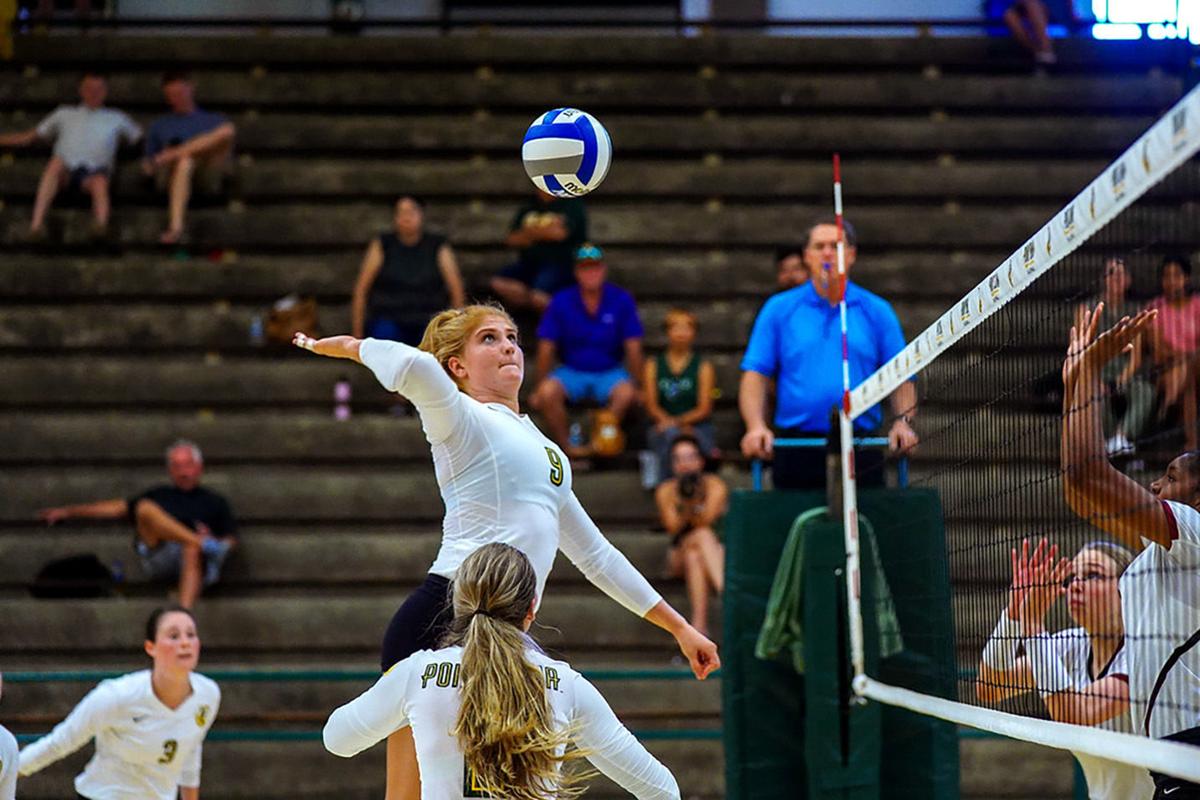 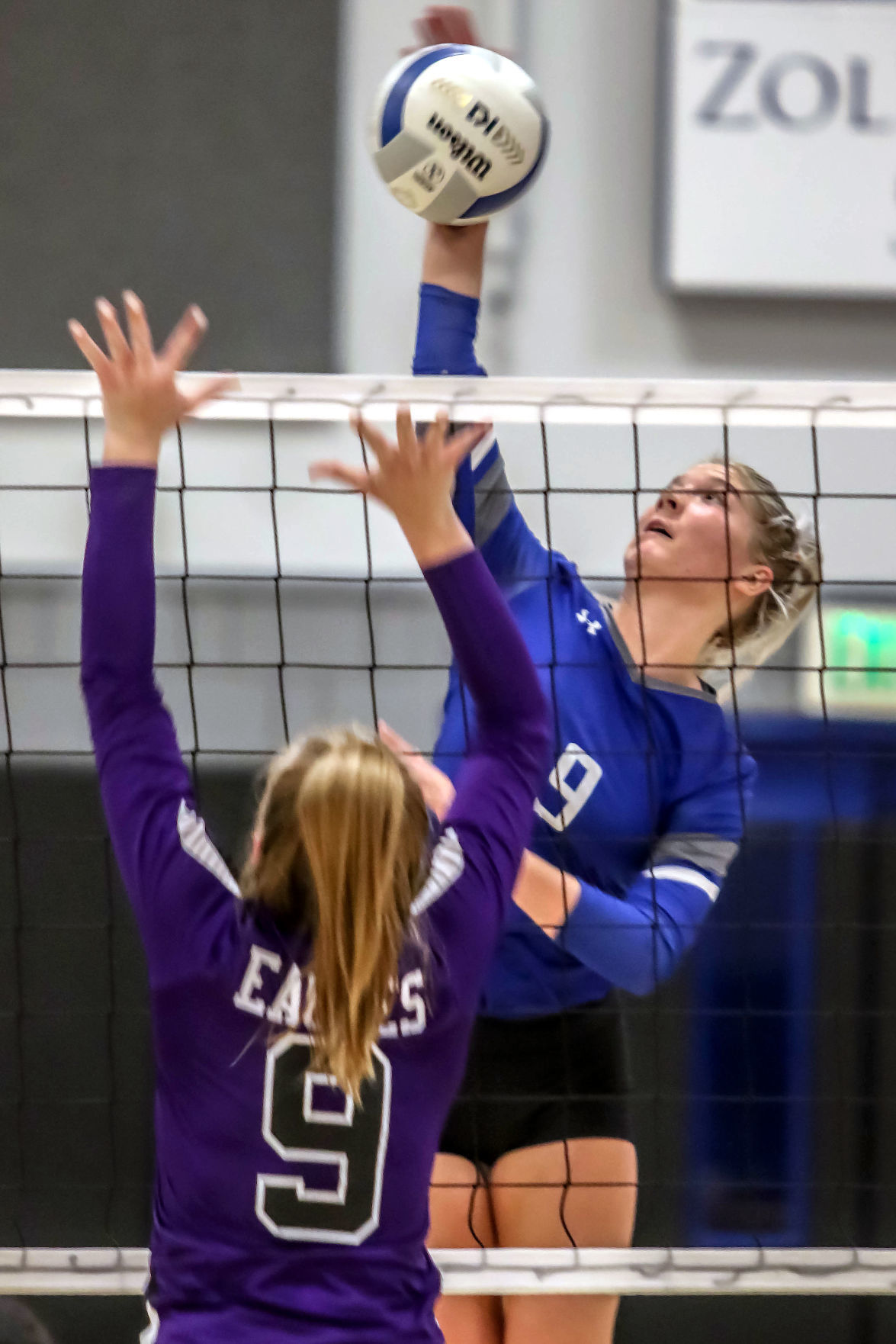 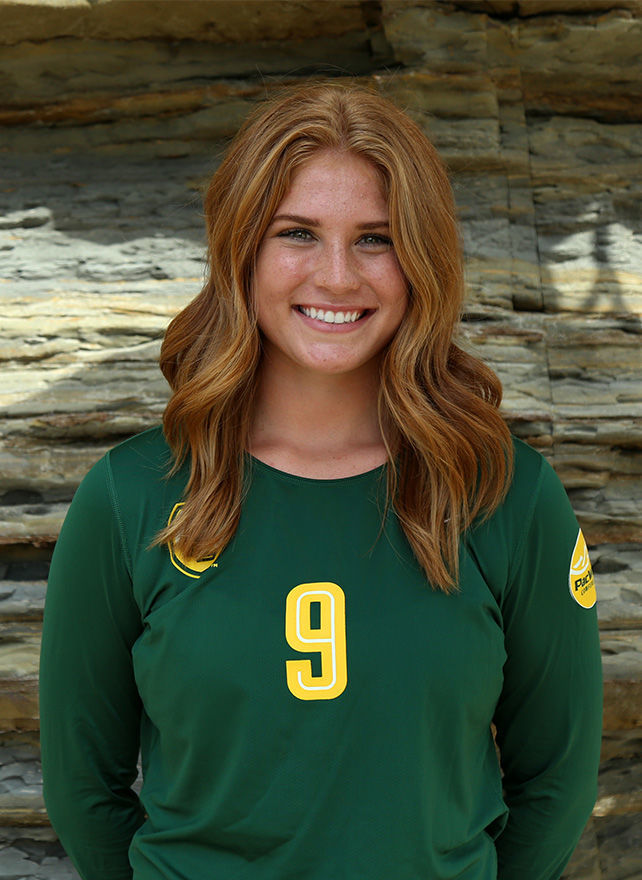 If the coronavirus pandemic weakens and the 2020 college volleyball season gets played this fall, the NCAA Division II PacWest Conference will have two Fox sisters on opposite sides.

Her younger sister, Alyssa, will join the Biola University program in La Mirada, California, after playing at Sutherlin High School as a senior.

Madie Fox is a 6-foot middle blocker, while Alyssa is a 5-10 outside hitter. Both were first-team All-Southwest Conference selections at Class 6A Roseburg, and Alyssa was the Far West League’s Most Valuable Player and made first-team all-state for 3A Sutherlin.

They’re the daughters of Wade and Jennifer Fox.

“I’ve never played against Alyssa (in volleyball),” Madie Fox said. “I played a couple of matches with her my senior year (at RHS) when she was a freshman. I’m excited she’s going to be in our conference. It’ll be interesting, I’m excited to see how that plays out. I want her to be successful.”

“It would’ve been fun to play with her (in college), but I think it’ll be super fun,” Alyssa added. “We’re both really competitive, and it would be a good memory to have.”

Madie Fox, 20, is coming off her best college season.

She was a team captain and voted to the All-PacWest first team for the Sea Lions, who finished 19-11 overall and tied for fourth in conference at 15-7. She made the AVCA All-West Region first team and received honorable mention in the AVCA All-American voting.

Madie led Point Loma with 316 kills and 95 blocks, compiling a team-high 373.5 points on the season.

“I was honored to receive those (awards),” Madie Fox said. “Looking at it from a competitive standpoint, pushing myself to be efficient statistically was my focus. Seeing I did that was really cool. It was nice to prove to myself I could achieve that when I put my mind to it.

“I matured after my sophomore season. I realized my volleyball career isn’t going to last forever and that gave me a sense of urgency. I put all my energy into volleyball, giving everything I had to make the team and myself better.”

The Sea Lions lost four seniors to graduation, but return a talented group, according to Madie Fox.

“I feel this year is our year, I’m expecting some great things,” she said. “Our chemistry will help us. The conference title is what we’re after.”

Madie Fox has enjoyed her time at the private Christian liberal arts college in Southern California. She’s majoring in psychology (with a 3.4 GPA) and has added some pre-med requirements to her course schedule, and plans on attending medical school following graduation in 2021.

“It’s been awesome here,” Madie Fox said. “I couldn’t ask for a better college experience. Location-wise and academically, I have the best professors who have helped me be successful. The people are really special.

“I’ve had exceptional growth as a player. (Head coach Jonathan Scott) is great, one of the most supportive people I’ve ever known. He’s a huge mentor for me, I couldn’t ask for a better coach. We have a great connection.”

Playing for her third head coach in three years, Alyssa Fox led the Sutherlin Bulldogs to a fourth-place finish in the state tournament. Sutherlin won its first-ever league title in volleyball and finished 20-10 overall under Kathy Rice.

“My senior season was the most memorable and probably my favorite year (of volleyball). I wouldn’t change it for anything.”

Alyssa Fox saw her club season end early due to the coronavirus. She feels worse for her Sutherlin classmates who lost their spring sports seasons.

“(Having school get shut down) has definitely been tough,” she said. “It’s a big bummer. You’re supposed to have lots of memories your senior year, and I’m just trying to stay positive. I’m glad I got to experience my senior (volleyball) season.”

Now it’s on to the next level.

Alyssa Fox got a good vibe during her visit to Biola and made her college decision. The Eagles, guided by Aaron Seltzer, finished 17-13 overall and 14-8 in conference last season. Biola hasn’t had a losing volleyball season since 1980.

“With Madie playing in the conference, that made me look in that direction,” Alyssa Fox said. “I went down and overall it was amazing, there was nothing bad about it. The campus is beautiful, the coaches and team were so welcoming, it looked like a great fit for me.

“Who doesn’t want to live in California?”

It is quite ironic that both Fox girls are at Christian schools, as that is extremely contradicting to both their personalities and carefree lifestyles. Sadly, both girls are also the epitome of bad teammates and will only do what is best for themselves and their own personal self-interests, no matter who gets in their way. It is quite unfortunate that it is probably not their faults, as that is the type of family they come from. If you're taught entitlement from your family, such as these girls, you will believe that everything must come to you on a silver platter and it does not matter what you righteously deserve, you will find ways to go around it, ethically or not. Hope they know how life will one day treat people like them!

Obsessed much? The “Christian thing” to do is not to judge others and live our best lives. Such disgusting behavior that surely doesn’t teach young girls good morals. Move on , honey .....old news....no one cares !!!!

Also, you may want to re-think your poor judgement. The above statements are libel. Though expensive, it is not impossible to figure out who the offenders are here on a public forum.