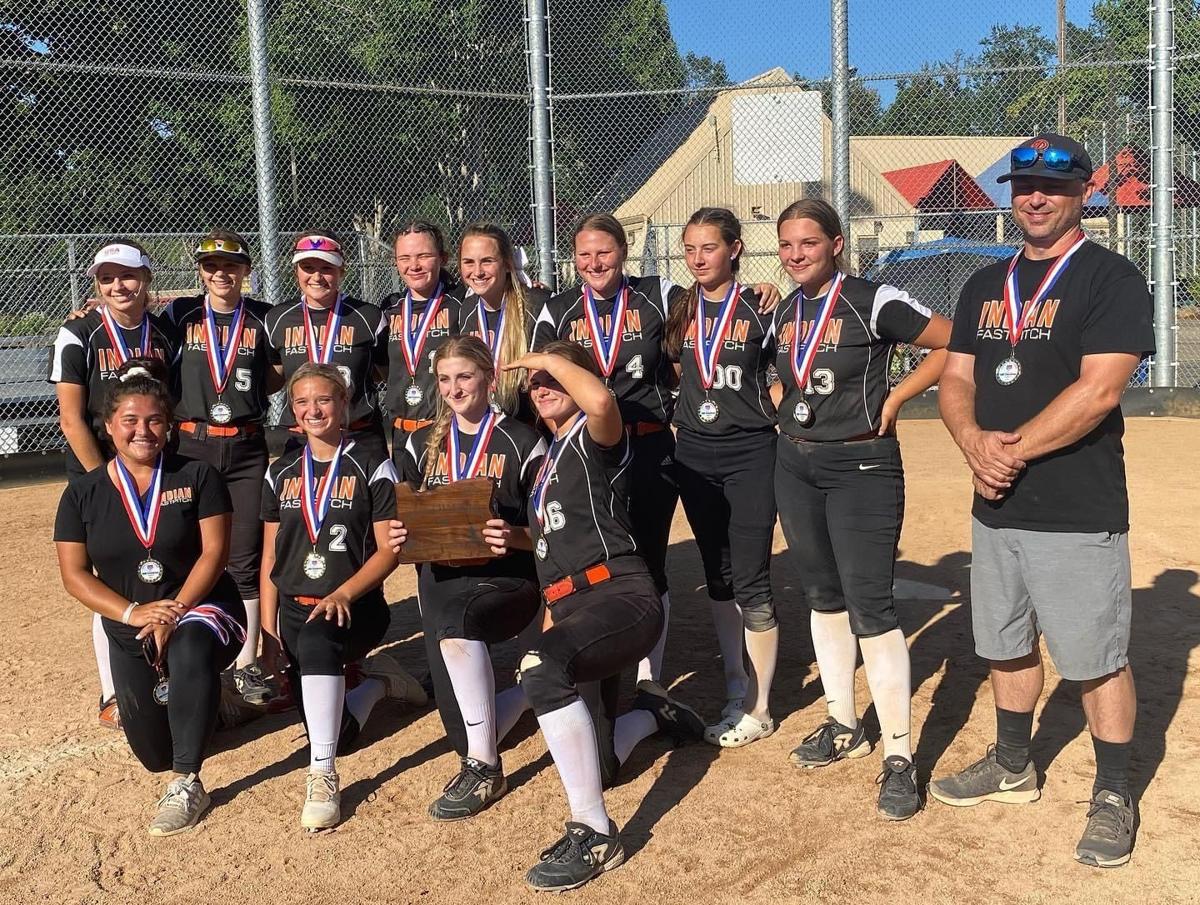 The Indian Fastpitch 18U softball team poses after winning the state championship last weekend at Wallace Marine Park in Salem. 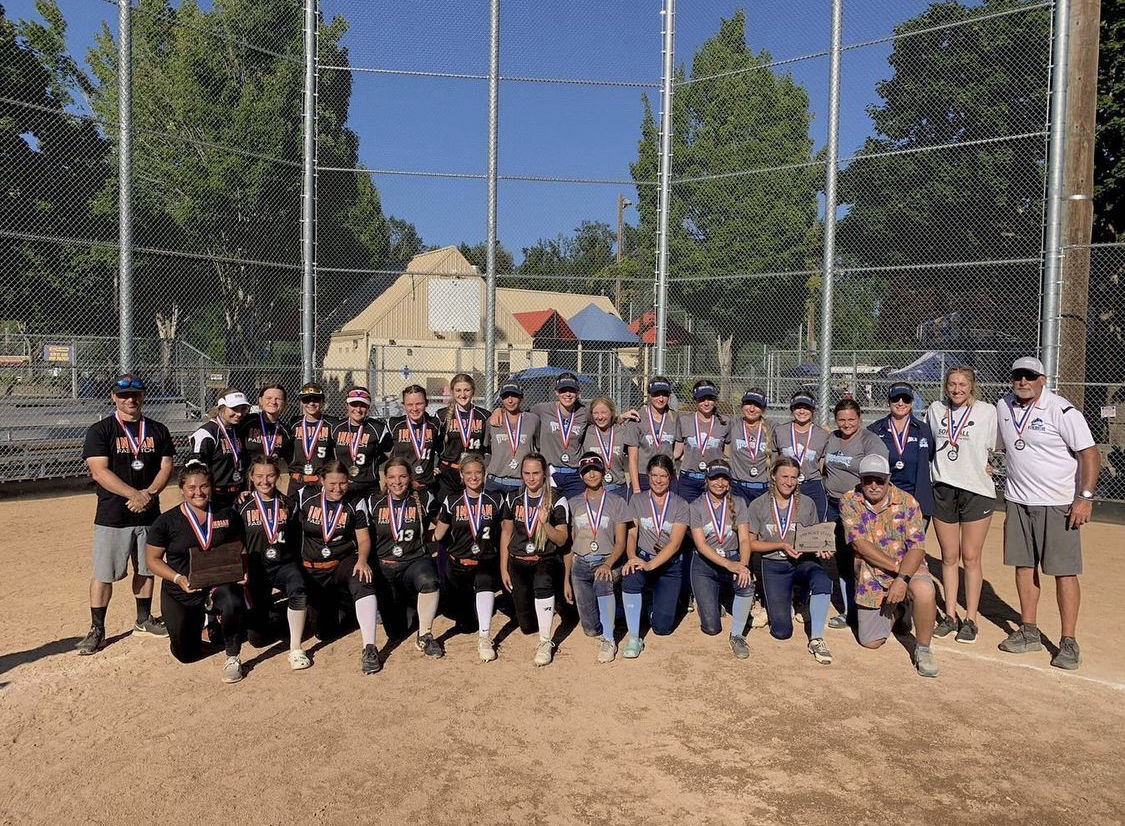 The Indian Fastpitch 18U softball team poses after winning the state championship last weekend at Wallace Marine Park in Salem.

It’s been a very successful summer for the Indian Fastpitch 18U softball team.

Roseburg won the state championship last weekend in Salem, defeating the Central Oregon Avalanche 8-0 in the title game at Wallace Marine Park. Stephanie Blix, a senior-to-be at Roseburg High School, pitched a four-hitter with four strikeouts and one walk.

Central Oregon forced an extra game by handing Roseburg its lone loss of the tournament, 14-1. Indian Fastpitch won four of five games in the seven-team tourney and improved to 19-3 overall on the season.

John Reynolds, an assistant coach at RHS, is the head coach of the 18U team. He’s assisted by Sydney Reynolds and Jeremiah Murphy.

“(The Avalanche) are a very good team and that loss was a good wakeup call for us,” John Reynolds said. “I’ll take a little credit for that loss. We made a few mistakes and the game got away from us.

“But (the next game) was a complete turnaround. The girls bounced back and played a great game. Steph threw a lot of curves and changeups, got ahead in the count and located the ball well. We had 12 hits (offensively) and made several outstanding (defensive) plays in the game.”

Shyla Mead finished with two hits, including a two-run homer in the fourth inning, for Roseburg. Ericka Allen, Nevaeh Williams and Alina Houghland all had two hits.

Roseburg’s other wins in the tournament came over Frost Elite, 9-0; Bridgetown, 10-1; and North Medford, 1-0. Williams had the game-winning hit against the Black Tornado, singling in Allen.

The other members of the team are Kinsey Brelage, Olivia Dedmon, Moriah Hoshowski, Kristina Lesher, Emma Murphy and Haleigh Wambolt.

Roseburg sports a team average of .385.

“It’s a super easy group to work with,” John Reynolds said. “It’s a talented group, and they’ve worked extremely hard. The chemistry is so good. I’m really excited to see what they can do next high school season.”

Allen, who missed her senior season at RHS due to the coronavirus pandemic, turned in a strong freshman season for the Eagles. The outfielder led the team in hitting with a .456 average (36-for-79) and finished with 21 runs and 13 RBIs in 24 games.

Indian Fastpitch will take part in the Western Nationals at U.S. Cellular Community Park in Medford. The tournament will run from July 27-Aug. 1.

“I think we’re going to compete and win some games down there,” John Reynolds said. “It’s an opportunity for us to get better.”

The Indian Fastpitch 14U team, guided by RHS head coach Dave Blevins, finished third in its state tournament, and the 10U team placed fourth.