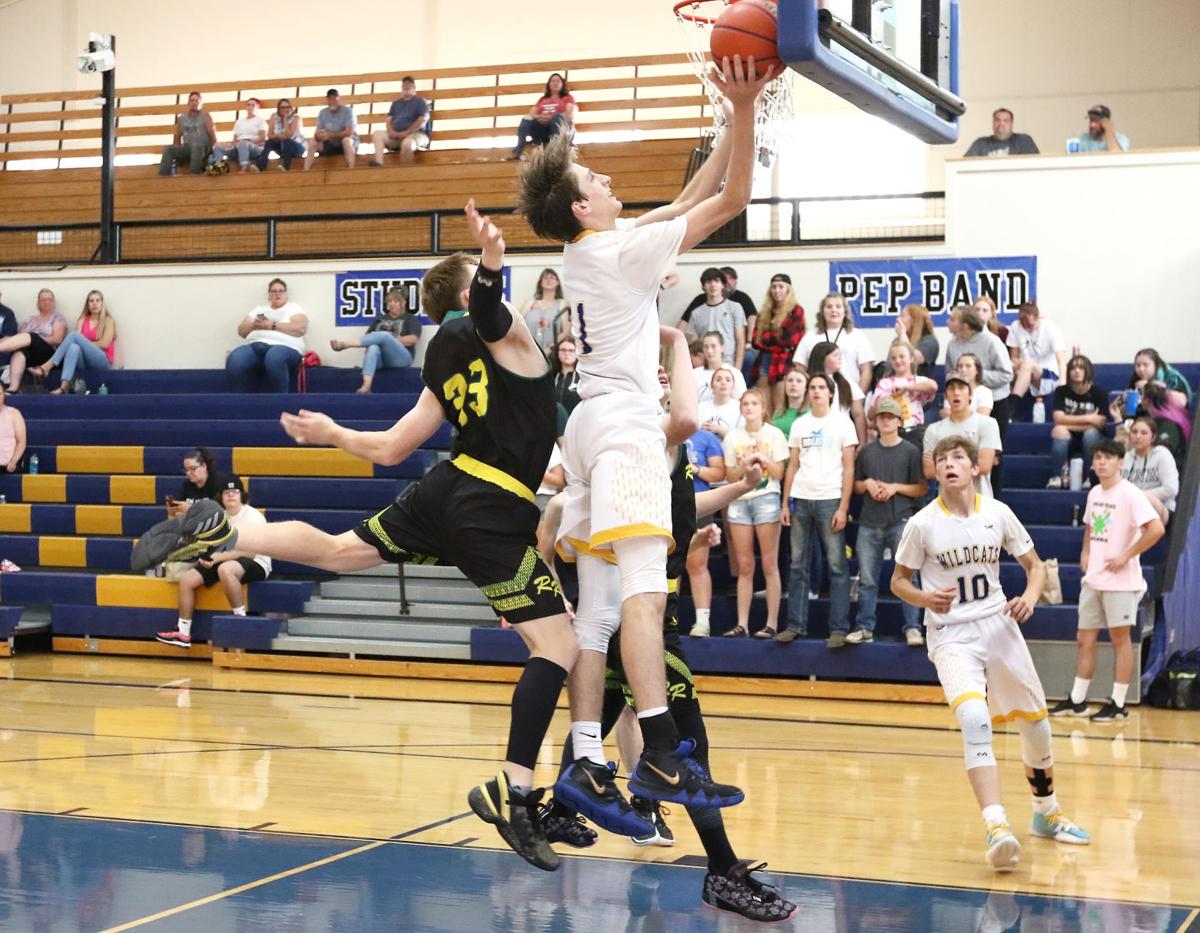 Glide High School’s Colby Bucich drives past Rogue River’s Sam Haag for a layup during the first half of their Southern Cascade League game on Wednesday in Glide. Bucich scored 26 points in the Wildcats’ 64-23 win. 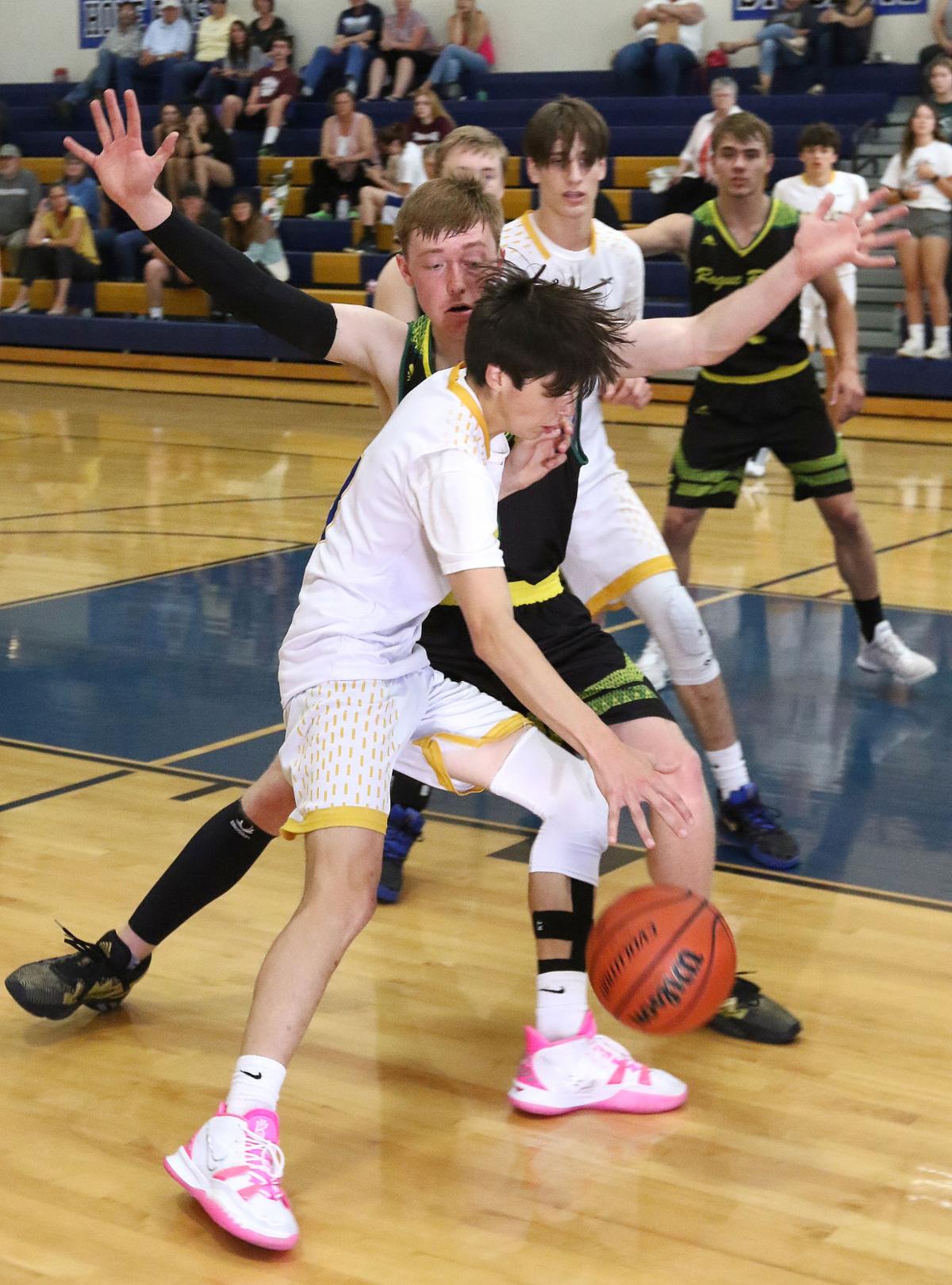 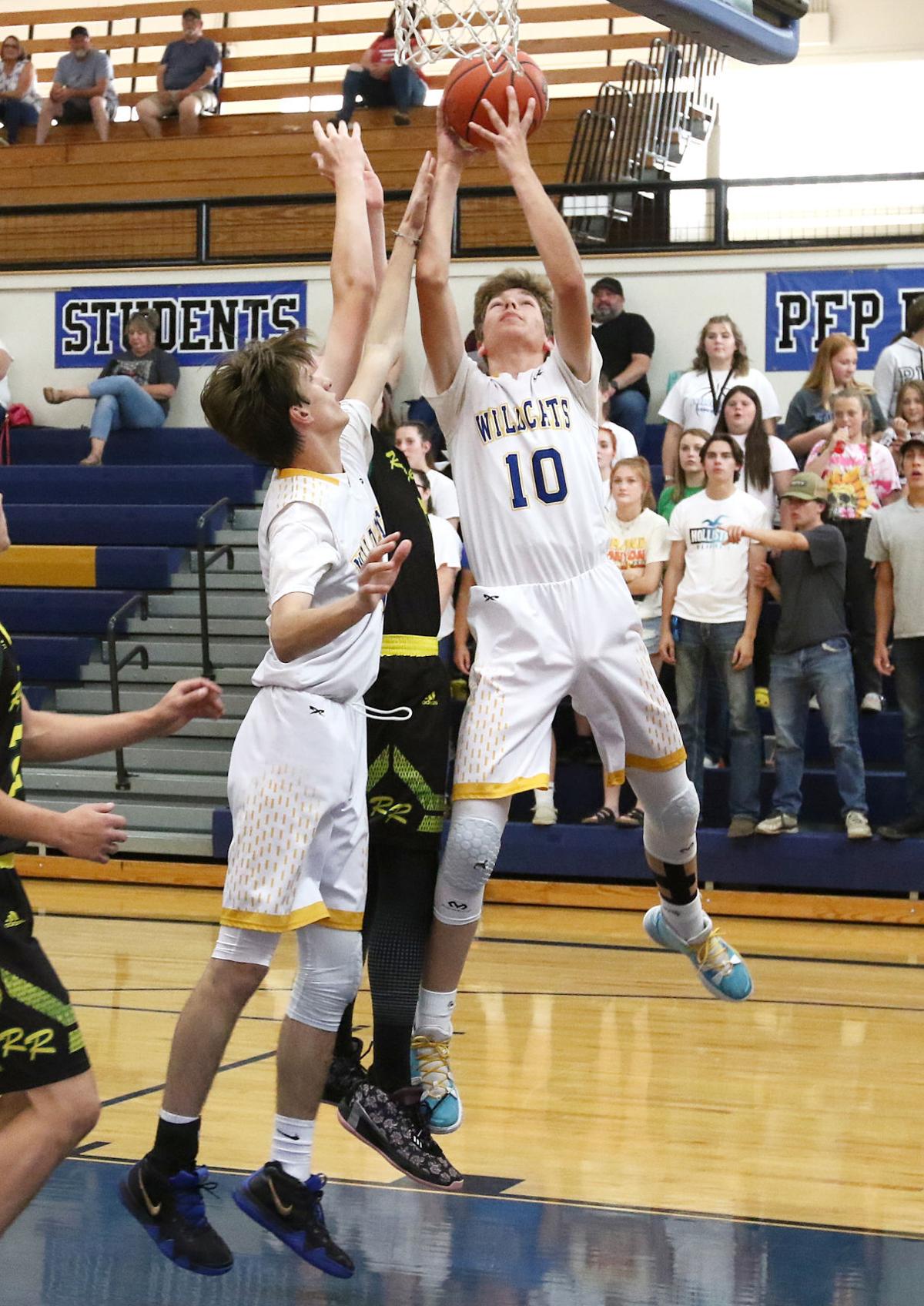 Glide High School’s Coby Pope snares a rebound during first half play against Rogue River on Wednesday in Glide.

Glide High School’s Colby Bucich drives past Rogue River’s Sam Haag for a layup during the first half of their Southern Cascade League game on Wednesday in Glide. Bucich scored 26 points in the Wildcats’ 64-23 win.

Glide High School’s Coby Pope snares a rebound during first half play against Rogue River on Wednesday in Glide.

For the Glide High School boys basketball team, the truncated spring season has been an exercise in building confidence.

That exercise is returning dividends.

One night after a tough home loss to Lost River, the Wildcats righted the ship, shaking off a slow start to hang a 64-23 thumping on Rogue River in a Southern Cascade League contest Wednesday night in Glide.

“These guys have improved so much since the first day,” Glide coach Rhyun Rinnert said.

“That was pretty awesome,” junior post and team leader Colby Bucich said. “The first half, they were really competing. They didn’t give us anything easy.”

Bucich had a game-high 26 points for the Wildcats, but it was the emergence of sophomore Josh Ranger over the last two games that has epitomized the development of the ’Cats’ confidence.

Ranger, coming off a career-high 18 points and five 3-pointers in Tuesday’s loss to the Raiders, scored 11 points with a trio of triples in Wednesday’s win.

“He’s just stepped up his game,” Bucich added. “When we were having our open gyms, he was just balling out, and now he’s starting to show how much he’s progressed in the last year. I see him as a little brother, so I love to see that for the kid.

“It just took him a little bit of time,” Bucich added. “He really didn’t get too much (playing) time at the beginning of the season, but coach saw he has some basketball IQ. He started hitting some shots and the last two games he’s been on fire.”

For a three-sport athlete in Oregon, the past five months have looked more like a round of speed dating: six weeks for the fall sports, six more for spring sports, and six for winter sports to wrap up the academic year.

Bucich, who also plays football and was the centerfielder for Glide’s Class 2A/1A “Title Week” baseball championship team, said his junior season has been “definitely different.”

“I don’t really like (late spring basketball) because the gym gets so hot and we’re only getting about half the games we would normally get,” Bucich said. “When it’s such a short season, it’s hard to keep getting better because you only have a short time to do it. We went straight from winning a baseball championship into the gym.

“It’s kinda nuts, but you can’t complain too much. At least we’re playing, and we’ve had a lot of kids step up this year who haven’t had that varsity experience. It’s definitely a developmental season.”

Glide will close out its SCL slate at home Friday against Lakeview. The Wildcats will participate in the “Culminating Week,” and those games will likely be known by Monday.

Although it's been a weird year for the kids, sports wise, I think that it has allowed a lot of freshman and sophomores playing time and we've seen that there are a lot of really good players in those classes that we might have never seen otherwise.