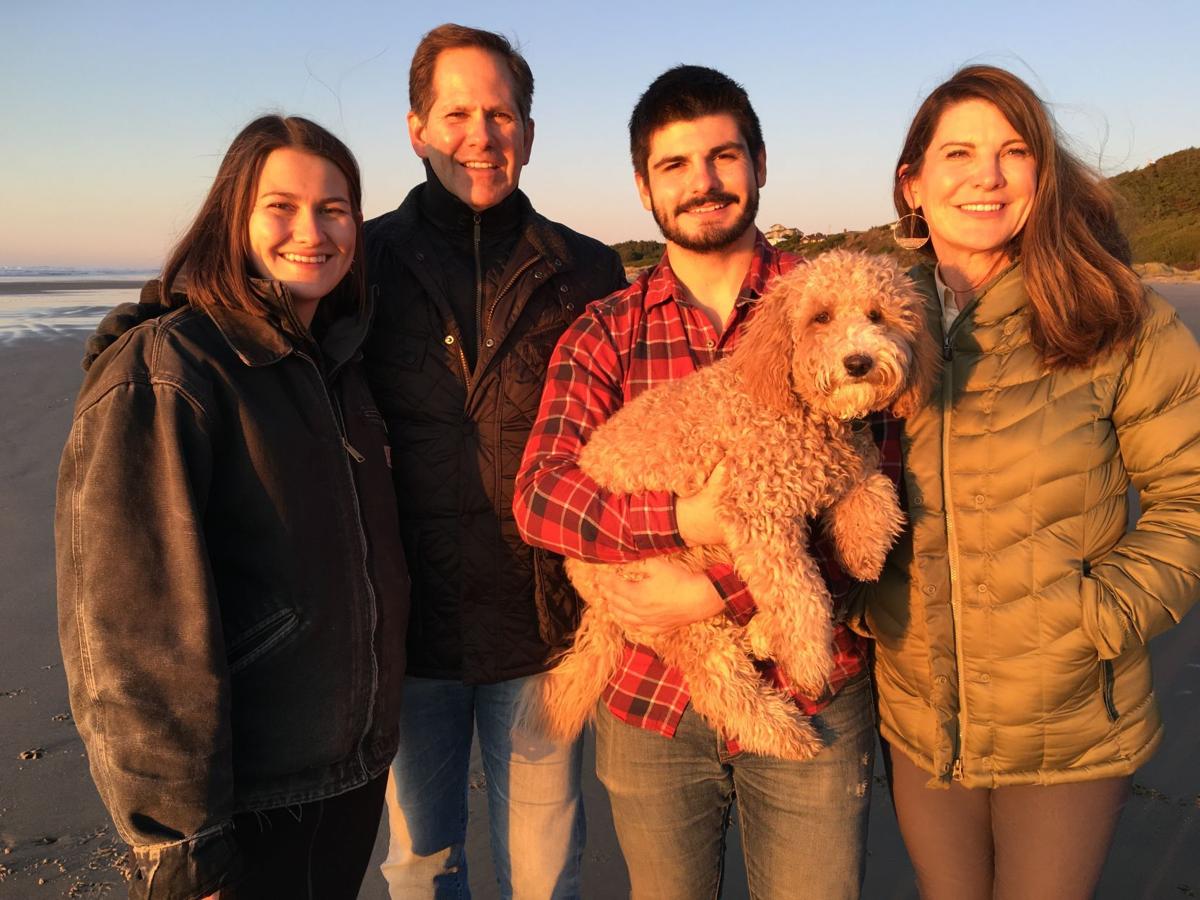 Knute Buehler is shown with his family, from left, daughter Hannah, son Owen, wife Patty and the family dog, Ferris. 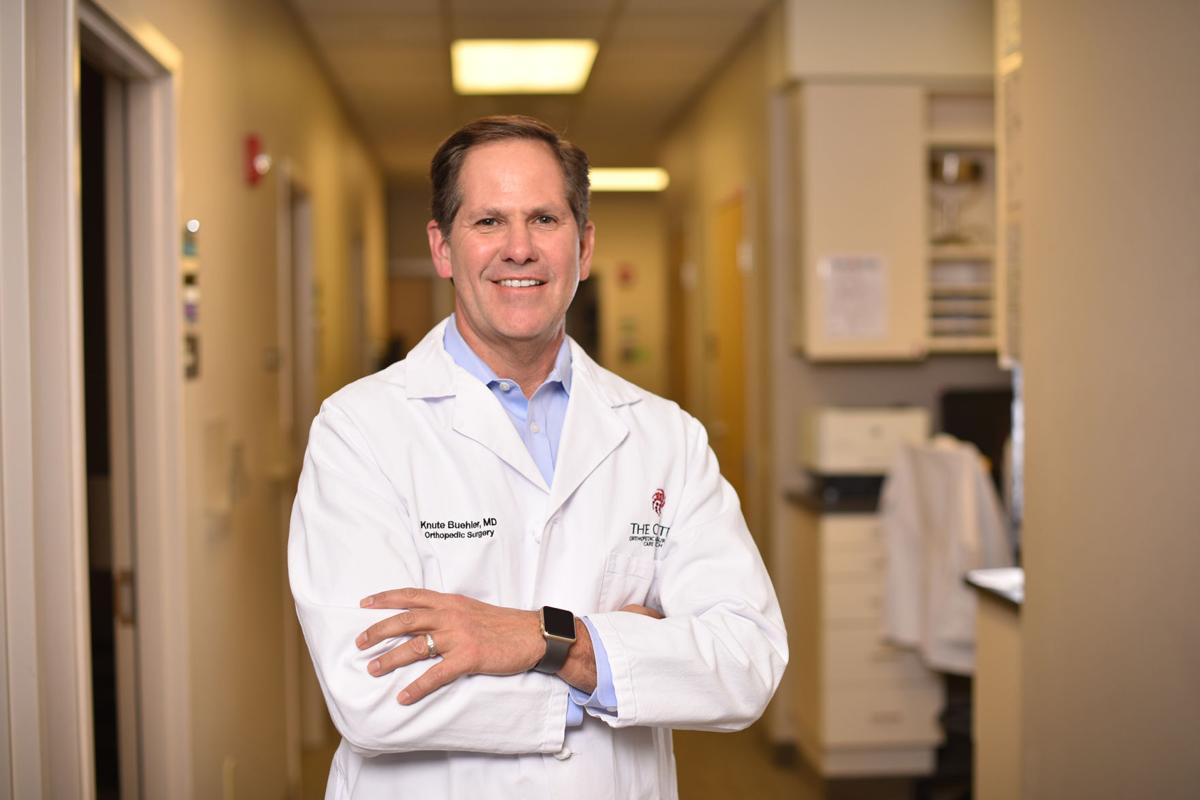 Knute Buehler has been an orthopedic surgeon in Bend since 1997. 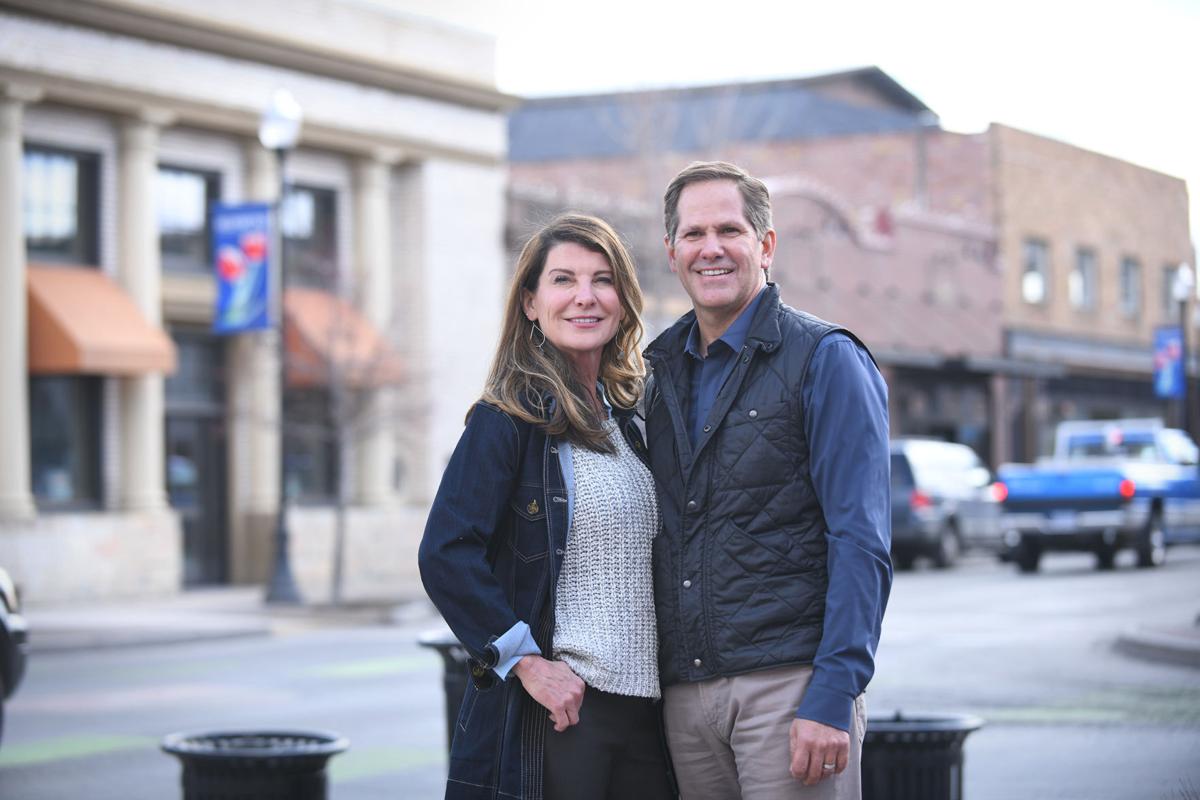 Knute Buehler and his wife, Patty, met at medical school and have been married for 30 years. 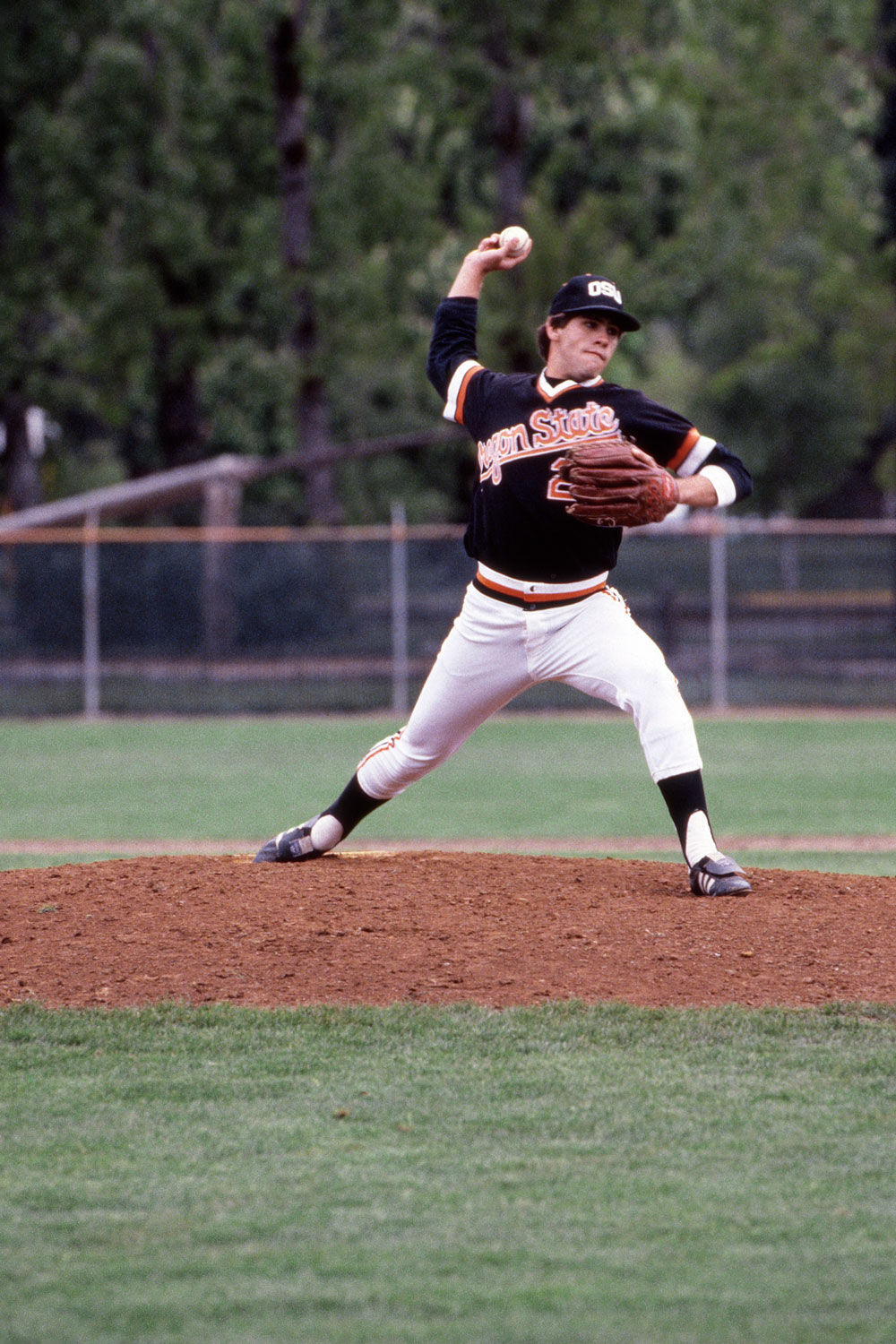 Knute Buehler was a relief pitcher for the Oregon State University baseball team for three years from 1983-85. 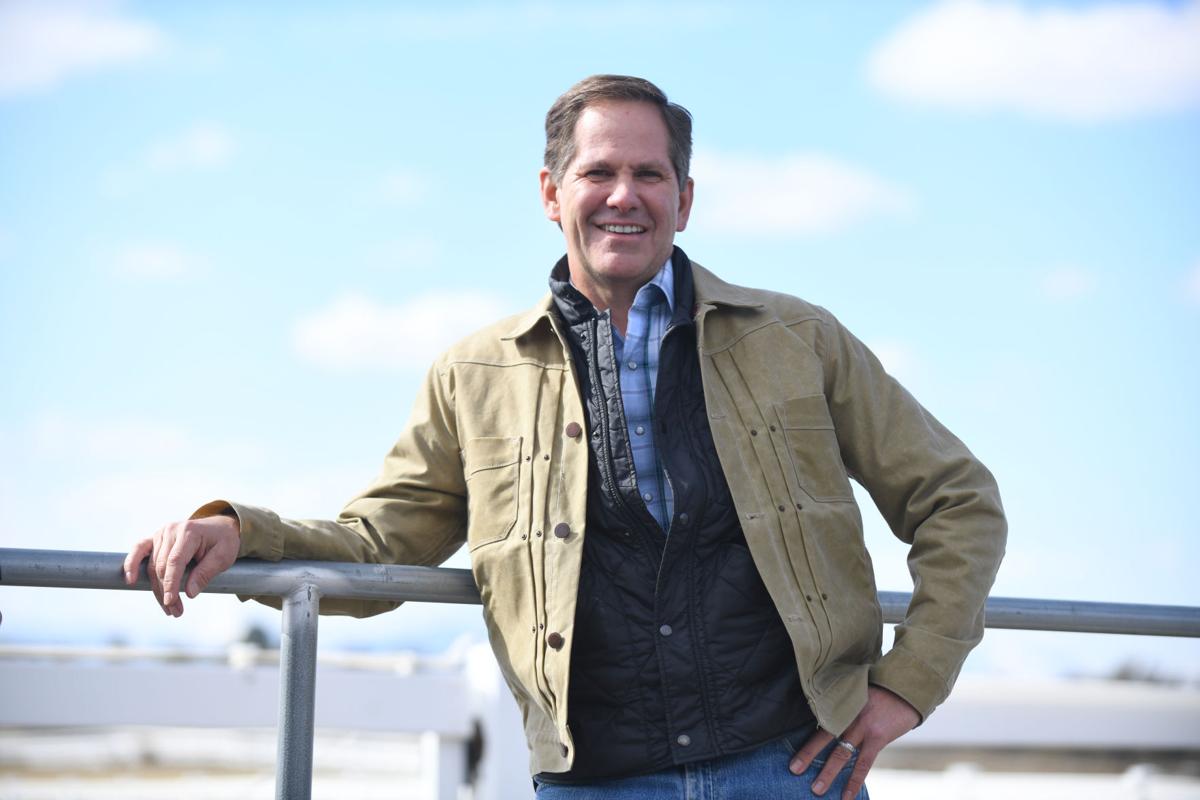 Knute Buehler jumped into Oregon politics and was the Republican nominee for governor of Oregon in the 2018 election.

Knute Buehler is shown with his family, from left, daughter Hannah, son Owen, wife Patty and the family dog, Ferris.

Knute Buehler has been an orthopedic surgeon in Bend since 1997.

Knute Buehler and his wife, Patty, met at medical school and have been married for 30 years.

Knute Buehler was a relief pitcher for the Oregon State University baseball team for three years from 1983-85.

Knute Buehler jumped into Oregon politics and was the Republican nominee for governor of Oregon in the 2018 election.

The 56-year-old, who became the first Oregon State University graduate to earn a Rhodes Scholarship, jumped into the political spotlight nearly a decade ago and was the Republican nominee for governor of Oregon in the 2018 election.

Buehler has been an orthopedic surgeon in Bend since 1997.

But Buehler, a 1982 graduate of Roseburg High School, looks back at his days in Douglas County as a student-athlete fondly.

His father, Werner, passed away eight years ago. His mother, Dollie, 86, still lives in Roseburg.

“I want to stress how important it was growing up in Roseburg, and who I became,” Buehler said. “Absolutely a wonderful experience. I had a tremendous number of good role models there, beginning with my parents and brothers (Werner Jr. and Mark). Neighbors, friends, coaches ... that was a time when they had a big influence on you.

“The community in general was so supportive of kids. It was a tremendous place to grow up, being surrounded with beauty and activities. My dad always said the best way to keep teens out of trouble was to keep them busy, and that was certainly the situation in Roseburg.”

Sports were a big part of Buehler’s high school journey.

As a senior, he was a second-team all-Southern Oregon Conference selection as a pitcher in baseball for Jerry Droscher’s Indians. He was the punter and a backup quarterback for Thurman Bell’s football team that finished 14-0 (the first Oregon squad to go 14-0 in a season) and manhandled Lebanon 22-0 in the state championship game.

“That (football) season was something special, like a dream season,” Buehler said. “Everyone came together and it was a talented group of young men. I played a bit part. We had a lot of people who weren’t the greatest athletes, but some who were the greatest competitors.

“Thurman was the utmost competitor, I’ve never seen anyone more competitive. His strong desire to win was something I embraced.”

“They taught me how to be a competitor, to try and achieve lofty goals. How to persevere when things don’t turn out,” Buehler said. “(Droscher) was a key to my baseball development. I was a kid wandering in the wilderness, but he focused my attention to developing my skills and saw more potential in me than I did.”

Academics came first, but Buehler decided to walk-on in baseball at Oregon State and was a relief pitcher for the Beavers from 1983-85. OSU, guided by Jack Riley, advanced to the NCAA regionals in 1983 and ‘85.

Buehler’s best pitch was a slider.

“I had a bit role, short inning relief,” Buehler said. “Jack (Riley), like Thurman, was an incredible competitor and it was an easy transition for me. A lot of people had a difficult time adjusting, but I loved playing for Jack. I loved his competitive nature. He kept that program alive (at the time) when a lot of universities were cutting baseball.

“Playing baseball at OSU enhanced my college experience. It allowed me to grow in ways the classroom doesn’t allow. The knowledge I gained prepared me for a variety of challenges.”

Buehler opted not play baseball his senior season in order to concentrate on completing his degrees in microbiology and history. He’s proud about what the Beavers later accomplished under Pat Casey on the diamond — three national championships in 2006, ’07 and ’18.

Buehler graduated with a 4.0 GPA and spent two years at John Hopkins School of Medicine in Baltimore, Maryland, finishing there in 1991. Then he won a Rhode’s Scholarship.

His career was just taking off.

Being an orthopedic surgeon has its rewards and challenges, according to Buehler.

“I love being a physician,” he said. “It combines a lot of skills, a knowledge of medicine and science. It takes a lot of hand-eye coordination. Playing baseball has helped being a surgeon.

Then he decided he wanted to serve. Buehler was asked how he got interested in politics.

“I feel like a well-lived life has three stages,” he replied. “The first stage you should learn and prepare yourself. In the second, you earn a good living and take care of your family and obligations. Then (in the third) you give back to the community and serve.”

Buehler was the Republican nominee for Oregon Secretary of State in 2012, losing to incumbent Kate Brown.

He served as the Oregon State Representative for the 54th District from 2015 until January 2019.

Of course, he lost to Brown in the 2018 governor’s race but defeated her in Douglas County.

In his most recent contest, Buehler was upset by Cliff Bentz in May in the Republican primary in the 2nd Congressional District. Eleven candidates were hoping to succeed the retiring Greg Walden.

Patty, Buehler’s wife of 30 years, is an eye surgeon. They met at medical school. They have two grown children: Owen, 26, a software engineer in San Francisco, and Hannah, 24, who works for a nonprofit in Portland.

Buehler, a 6-foot, 180-pounder, has some plans for the future. One of them is doing more recreational activities like downhill skiing, mountain biking, hiking and paddleboarding.

“I want to have a different focus,” Buehler said. “I want to be a better husband, father and friend. Sometimes those things took a backseat to my medical profession, and I want to do a better job at those types of things.

“I will continue consulting and practicing medicine. I enjoy working. I want to continue working for the next decade and have more fun. We live in a wonderful area.”