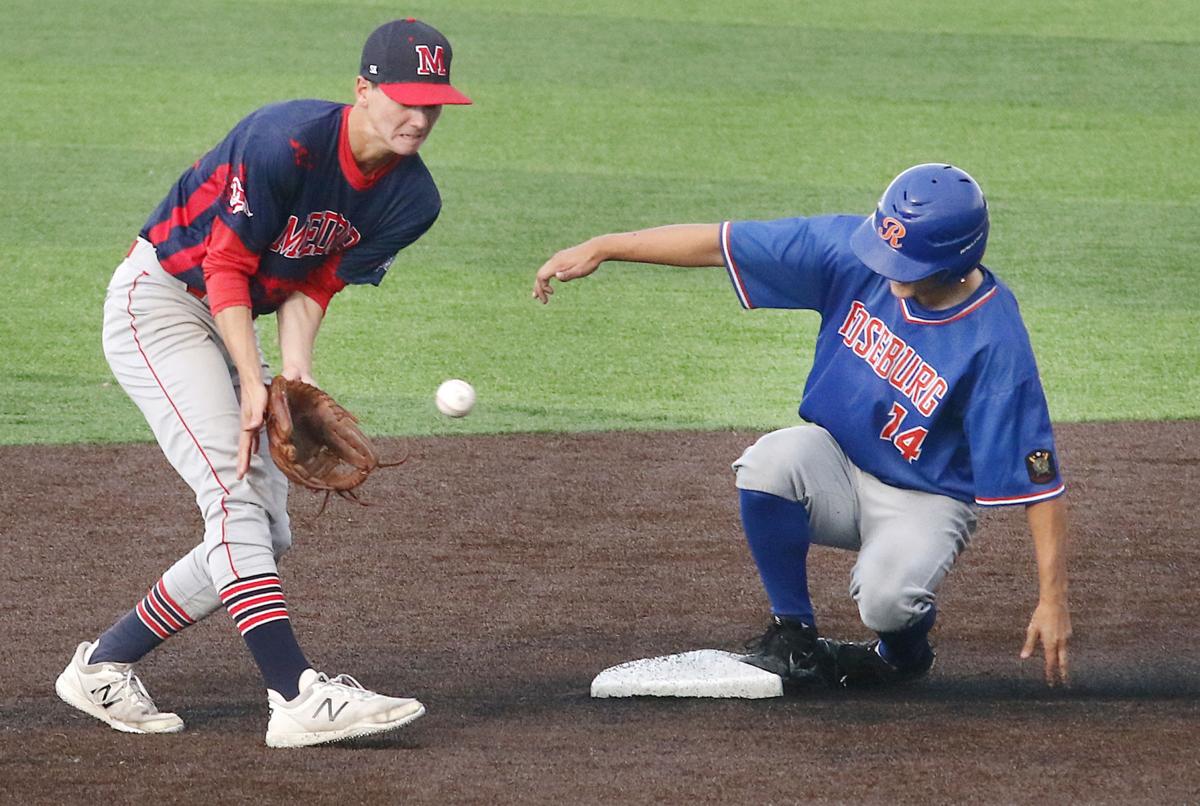 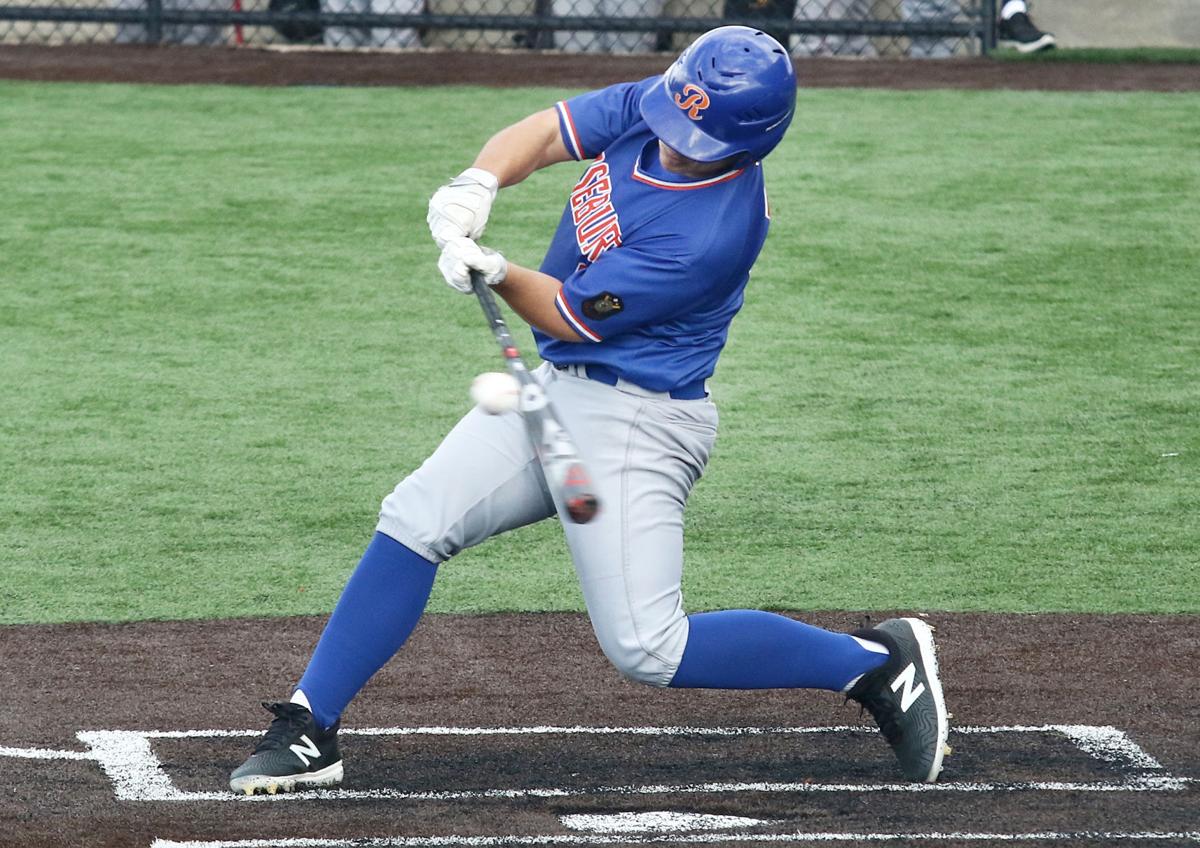 Dr. Stewart’s Knox Hubbard swings at a pitch against Medford during their nonleague game at Bill Gray Legion Stadium in Roseburg on Wednesday. 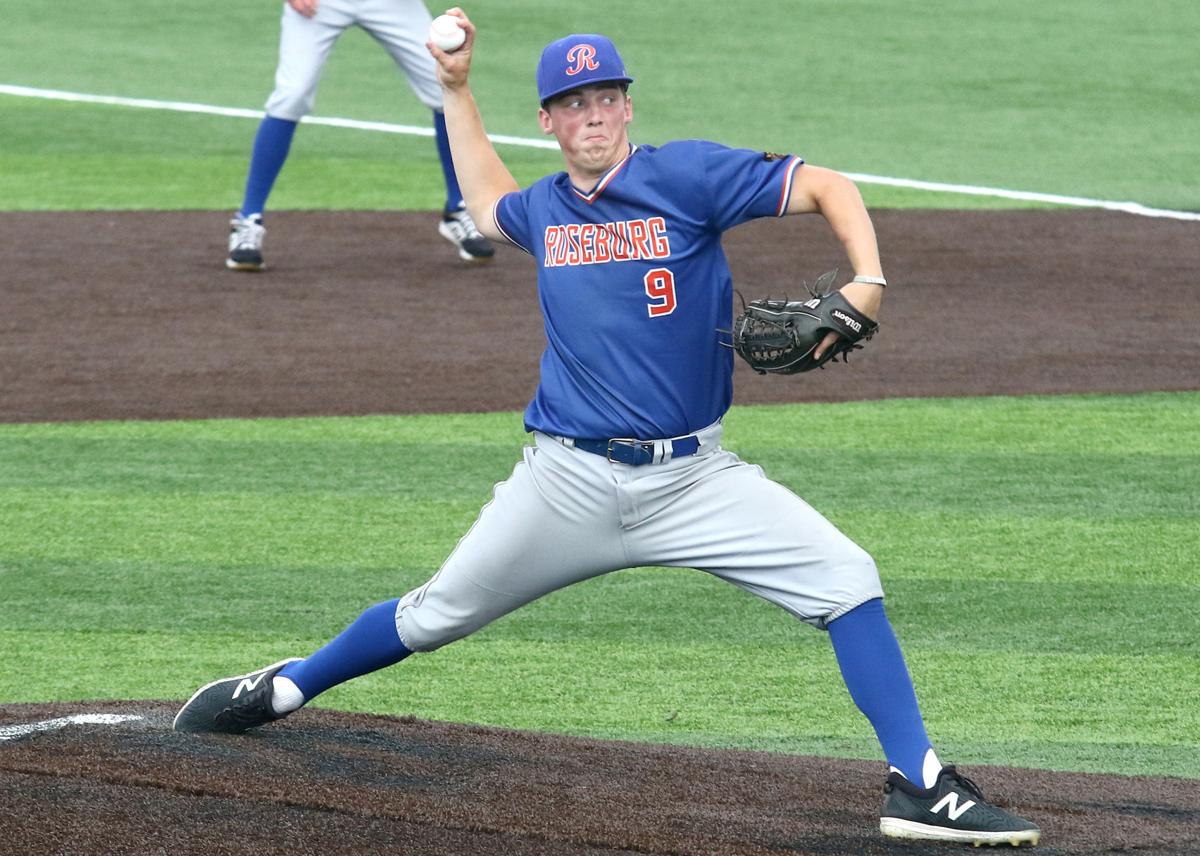 Dr. Stewart’s pitcher Jace Stoffal throws against Medford in Roseburg on Wednesday. Stoffal allowed three hits and one run in seven innings and didn’t factor in the decision.

Dr. Stewart’s Knox Hubbard swings at a pitch against Medford during their nonleague game at Bill Gray Legion Stadium in Roseburg on Wednesday.

Dr. Stewart’s pitcher Jace Stoffal throws against Medford in Roseburg on Wednesday. Stoffal allowed three hits and one run in seven innings and didn’t factor in the decision.

“You can’t give them an inch or they’ll take a mile, and they did that in the 10th.”

Those were the words of Dr. Stewart’s head coach Jeremiah Robbins, referring to the opportunistic Medford Mustangs.

The Docs scored two runs in the bottom of the ninth inning to tie it and force extra innings, but the wheels fell off in the 10th for the host team. Medford scored seven times and left Bill Gray Legion Stadium at Champion Car Wash Field with a 9-2 victory on Wednesday night in a nonleague American Legion baseball game.

“It was a great game (tonight). I thought both teams competed really well,” Robbins said. “We found a way to scratch a couple across in the ninth to send it to extras. The seven runs in the 10th ... there’s just no excuse. We gave up the one run on an error, and the wind just kind of went out of our sails.”

Medford sent 12 batters to the plate in the 10th against Docs reliever Dominic Tatone, capitalizing on two hits, five walks, one hit batter and an error.

Tanner Douglas scored what turned out to be the winning run when Tatone fielded a sacrifice bunt by Jace Miller and threw it over the head of Jace Stoffal at first base.

Medford’s Jeremiah Robbins had an RBI groundout and Josh Baptiste brought home a run with an infield single to make it 5-2. Darin Marsh drew a bases-loaded walk, Douglas added a two-run single and Marsh was able to score on the play to cap the big inning.

“I think we competed and came to play in the ninth inning,” said Stoffal, who started on the bump and pitched seven strong innings. “We didn’t really compete the first eight, but in the ninth we found a way to tie it up. Then we kind of fell apart. They got one or two runs, and we kind of deflated from there and lost all momentum.

“I talked to Dominic after the game and told him to flush it. You can’t dwell on one bad inning.”

Stoffal, a Roseburg High School graduate who played for Umpqua Community College this spring, and Medford’s AJ Balsiger were locked in a pitcher’s duel through the opening five innings.

Medford finally got on the scoreboard in the seventh when Eli Westrick singled off Stoffal and later scored on a wild pitch.

The Docs (0-2) broke through in the ninth for a pair of runs against Mustangs reliever Gavin Schmidt.

Ever Lamm delivered a two-out single to score Stoffal, who had led off with a double. Lamm advanced to second on a wild pitch, then was replaced by pinch-runner Mason Delcollo.

Logan Klopfenstein followed with a grounder to shortstop Zac Ankeny, who made a poor throw to first that Douglas couldn’t handle, allowing Delcollo to score and tie it up at 2-2.

“The two runs in the ninth was good, that showed some compete,” coach Robbins said. “I didn’t think we competed that well in the batter’s box up until that point.”

Stoffal allowed three hits and one run over seven innings, striking out seven and walking two.

“I felt good,” Stoffal said. “(Medford) is a very good hitting team, so I really had to spot up and throw all my pitches for strikes. I mixed it up pretty well. I threw all four of my pitches today ... not the best they could be but they were working. My defense helped me out.”

Westrick had three of Medford’s seven hits. Stoffal and Dawson Gillespie each had two hits for the Docs.

Dr. Stewart’s catcher Spencer Six left the game early with a hamstring injury and isn’t expected to play in Friday’s doubleheader at home against the Post 6 Barbers. The first game starts at 5 p.m.