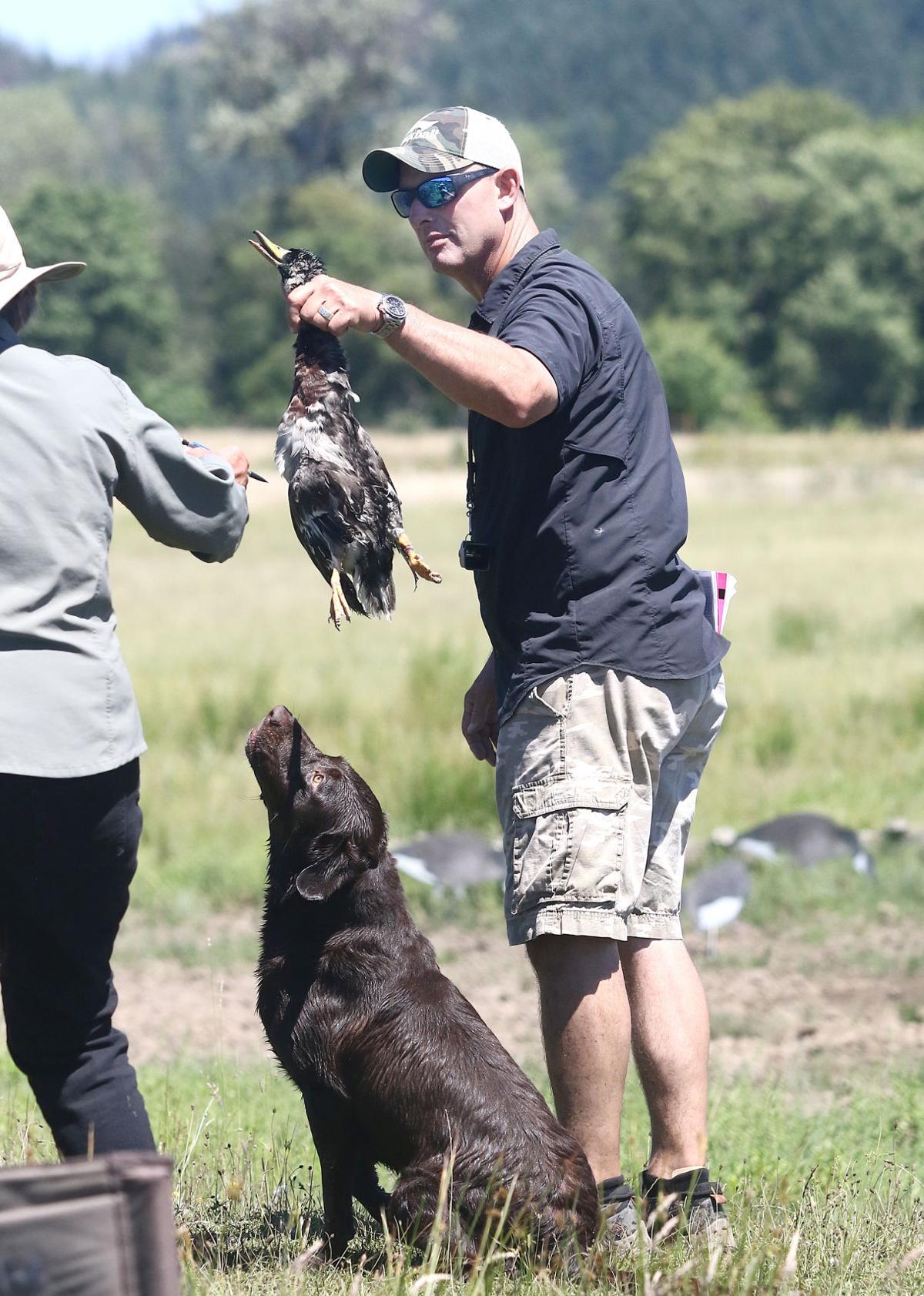 Andy Fontenot, of Centralia, Washington, and one of his dogs, Gage, participate in the Umpqua Valley Retriever Club’s Fathers Day Hunt Test. 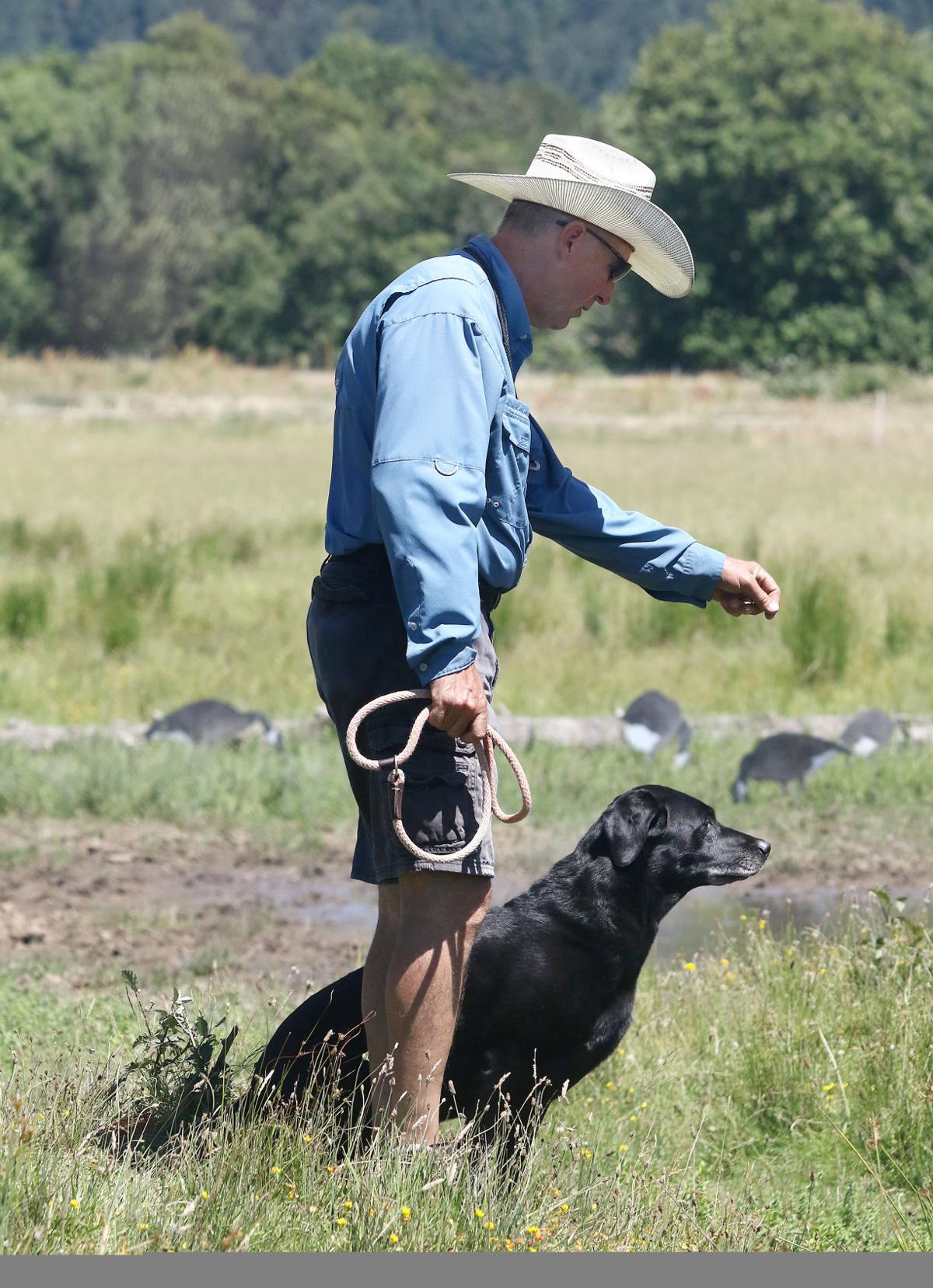 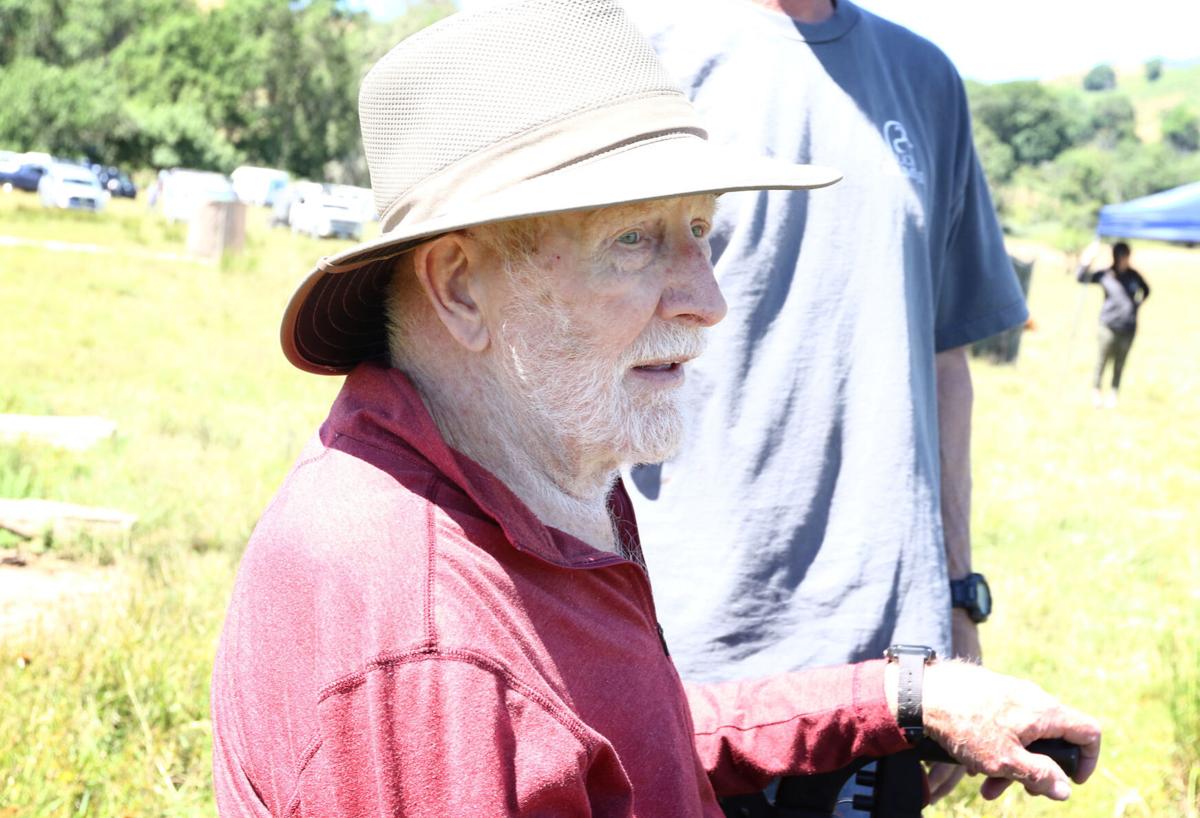 Jerry Fletcher, of Bend, looks on as he waits for his time to participate in the Umpqua Valley Retriever Club’s Fathers Day Hunt Test near Glide on Saturday. 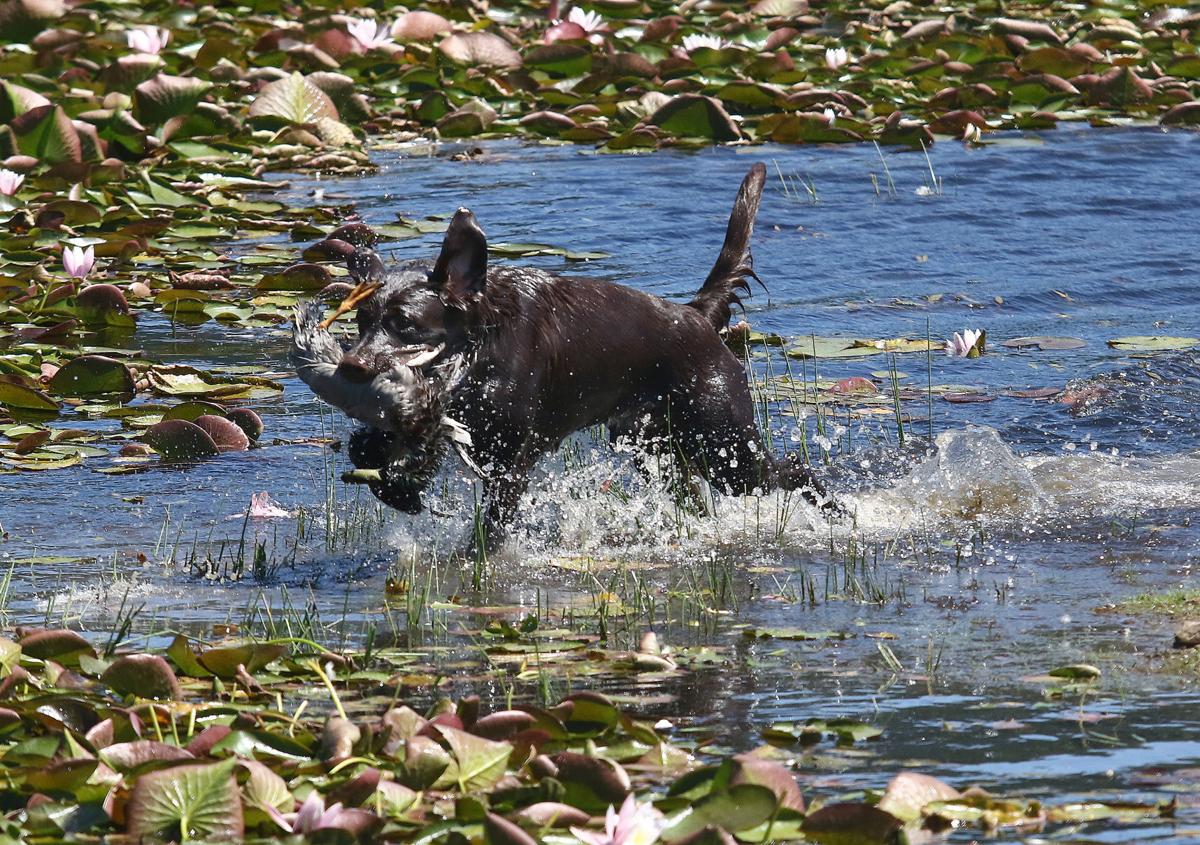 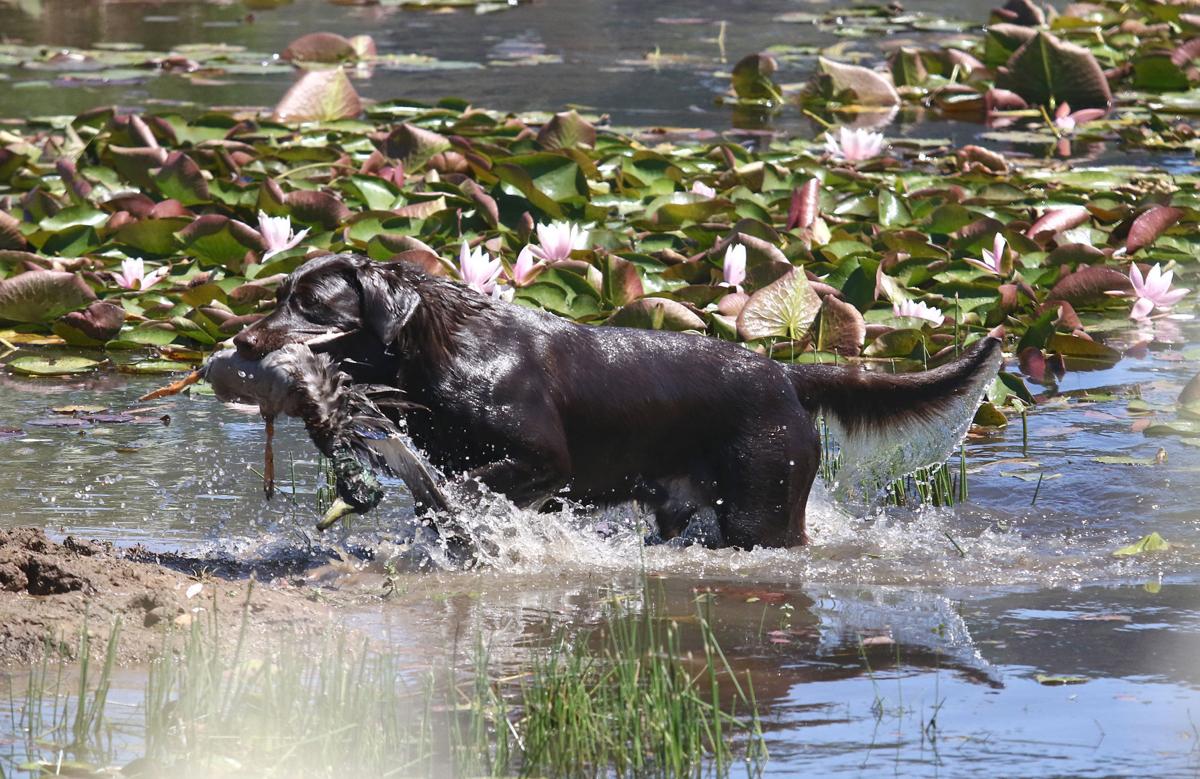 Andy Fontenot, of Centralia, Washington, and one of his dogs, Gage, participate in the Umpqua Valley Retriever Club’s Fathers Day Hunt Test.

Jerry Fletcher, of Bend, looks on as he waits for his time to participate in the Umpqua Valley Retriever Club’s Fathers Day Hunt Test near Glide on Saturday.

Jerry Fletcher loaded his dog Parker in his truck and left his home in Bend at 5 a.m. Saturday to make sure the pair got to the Umpqua Valley Retriever Club’s Father’s Day Hunt Test on time. The two will head back home Sunday, and Fletcher says the trek was well worth it.

Fletcher, 86, has been involved with retriever clubs and events for nearly as long as he can remember. Fletcher said he worked with the Oregon Hunting Retriever Club for decades and judged his first event in the early 1960s.

Fletcher, a former drywall contractor who has been retired for 20 years, has had a rough go of it lately. His wife of 50 years, Maxine, died in September. He’s taking a host of medicine, including chemo for this ailment and blood thinners for that. Fletcher needs a walker to get around because he can’t stand up — he gets dizzy and his legs start shaking.

But he still gets out to train Parker — a 2-year-old yellow lab named after the famous Parker A-1 shotgun — and run him at events like the Father’s Day Hunt Test. At this point, they are almost therapeutic for Fletcher.

“I live alone and don’t have anyone to help me. But I get by,” Fletcher said. “As long as I can sit down I’m fine.”

The weekend event, which is being held on Strader’s French Creek Ranch just east of Glide, has an entry list of more than 120 dogs. Most of the them are Labradors, but there are golden retrievers, Chesapeake retrievers, Irish water spaniels and poodles.

In addition to the Umpqua Valley Retriever Club — which was established in 1993 — teams from elsewhere in Oregon as well as California, Washington, Nevada and Idaho are competing.

The dogs and their handlers tested the course most of Saturday and are scheduled to go from 8 a.m. to 3 p.m. Sunday. Spectators are welcome, and admission is free.

The club had hoped to use three ponds for the events, but this week one filled with algae, so only two were available.

In the tests, the birds are shot into the air at various distances, including some that land more than 100 yards away in a grass field, while others land in a lily pond. The handler guides their dog to the birds using whistles, hand signals and commands — “Back!” “Over!” “Good!”

“The handler also carries a gun because they’re trying to simulate a real hunting situation,” explained Kevin Bunnell, a founding member of the Umpqua Valley Retriever Club, who was among several Douglas County residents representing the club in the tests this weekend.

Fletcher has trained more than a dozen dogs over the decades, and he said each is special in their own way. For example, Fletcher raised Parker’s mother, Daisy, who was also a trained retriever.

Daisy died at the age of 13 last fall, at about the same time as Maxine. She was 92.

Fletcher had a rule that the dogs weren’t allowed in the house, but Maxine loved to pet them, so as she got unwell, Fletcher bent and eventually abandoned that rule.

“The worse my wife got the more she wanted them to come in and to pet them,” he said. “She loved those dogs and wanted them in the house. What could I do?”

When Fletcher is up to it he trains Parker on land that friends own in the Bend area, as well as national forest land. But with time spent in the hospital and COVID-19, he hasn’t been able to get Parker out to run as much as he would like this year.

That’s why this weekend’s event is such a treat for the duo. And it didn’t end Saturday. The schedule got behind a little, so Fletcher and Parker will go through the test run Sunday morning.

Then it’s back home to Bend, and more training, more commands. Fletcher sitting in his walker, Parker bounding through the grass and ponds hundreds of yards away. Always a team.