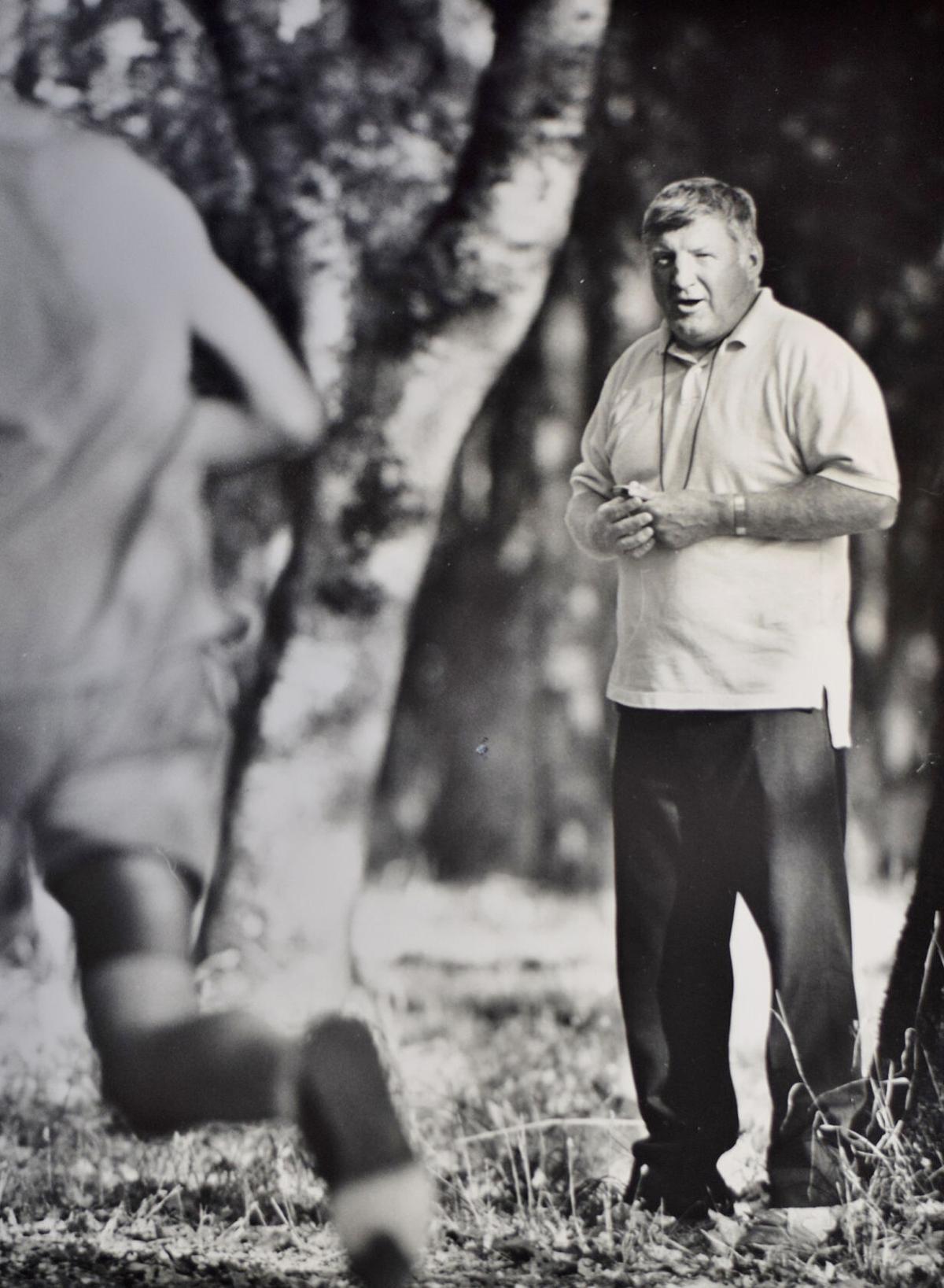 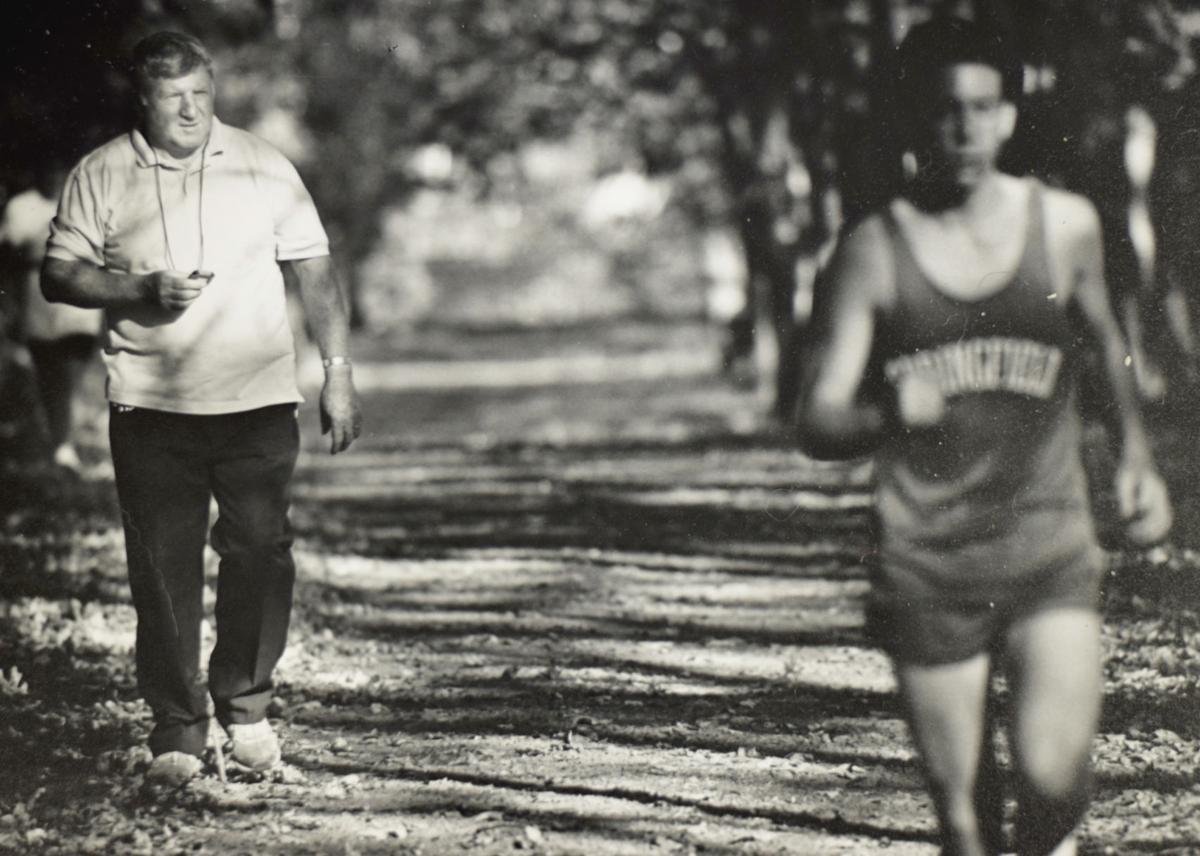 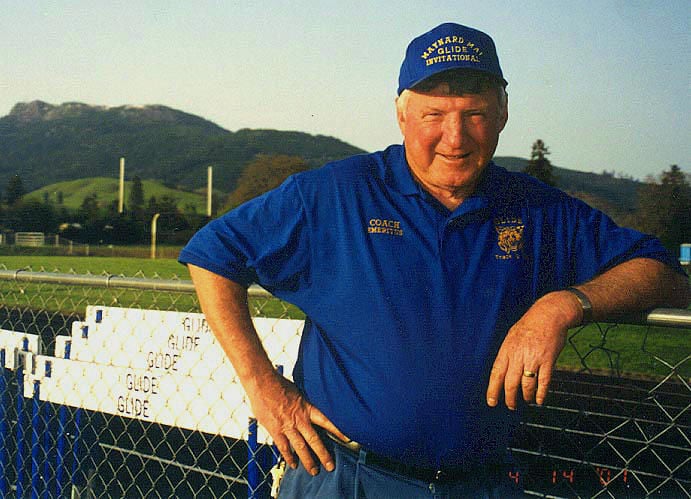 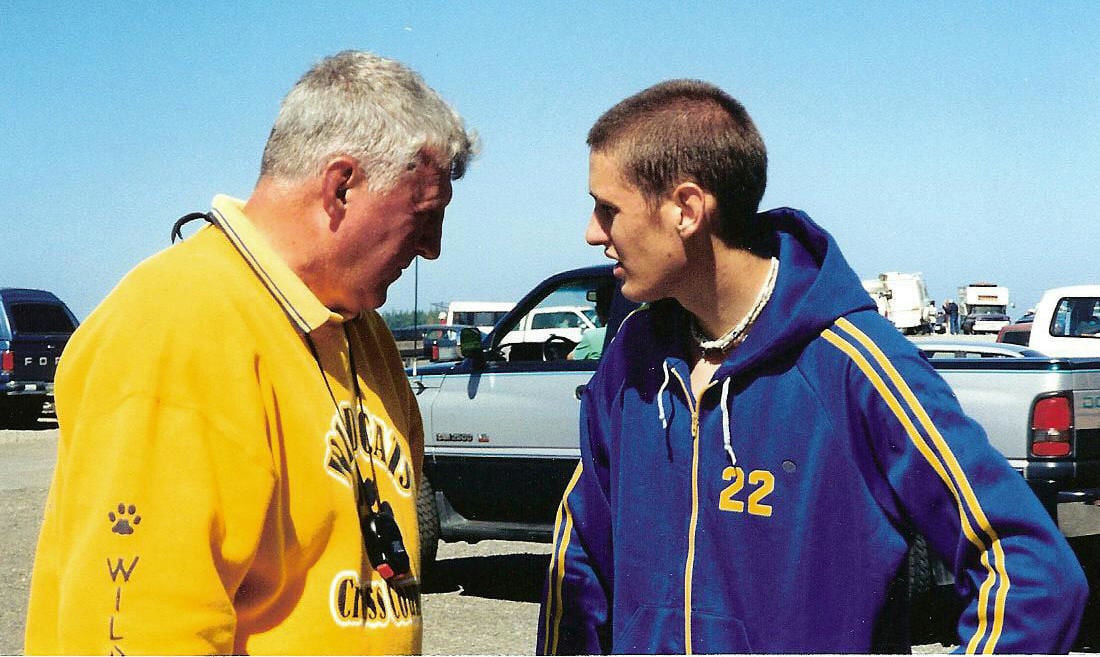 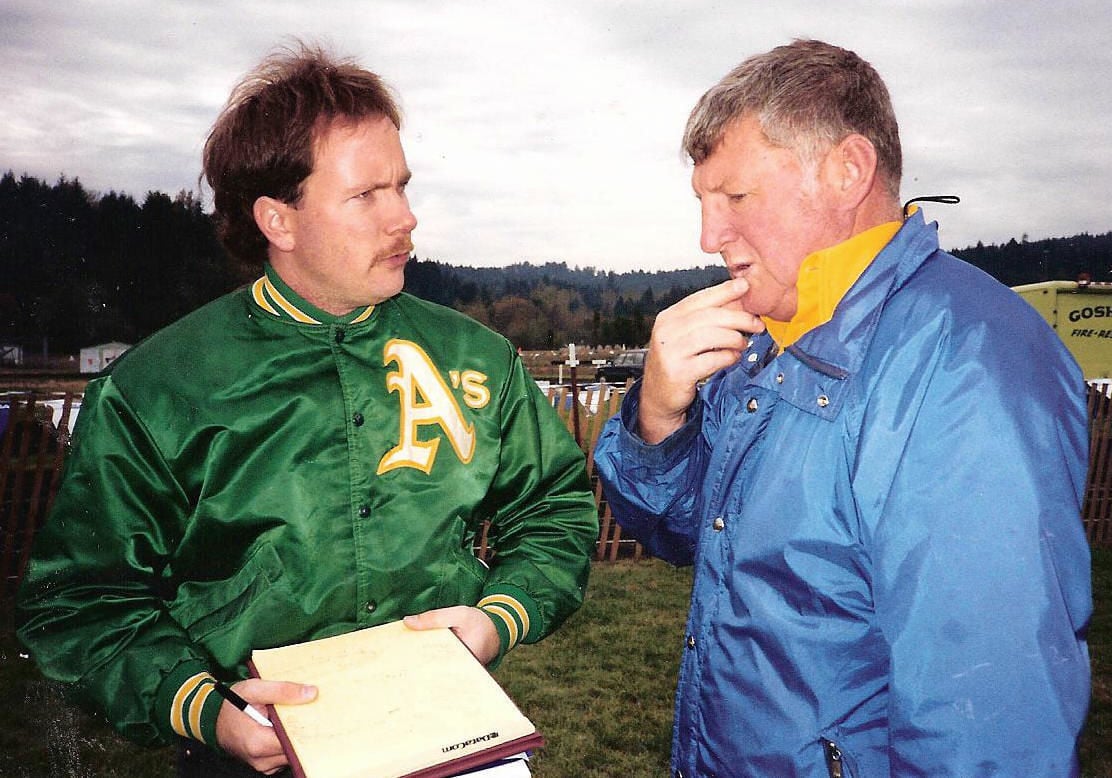 One former teaching and coaching colleague called him an icon.

An ex-star runner considered him a gentle giant with a calming influence.

The community certainly appreciated his efforts all the way around (he was a volunteer fireman at one time), selecting him as a Glide First Citizen in 2016.

It’s no secret that Maynard Mai left a huge impact during his days as a math/science teacher and coach at Glide High School.

Mai passed away at his home Sunday morning. He was 86.

Mai, who was born in Russell, Kansas, graduated from Bethany College in Lindsborg, Kansas, in 1961. He was a lineman on the football team.

He came to Glide in 1970 to coach the football and wrestling teams. He guided the Wildcats’ football program for three seasons.

But Mai’s best work came as the Wildcats’ head track and field and cross country coach, beginning with track in 1973. He gave up the head duties in track in 1992, but remained on the staff as an assistant coach. He retired from teaching in 1995 and coached cross country from 1974 until 2000.

Unfortunately, the highly-successful cross country program was eliminated before returning a few years ago. During track season in the spring, Mai could be found at home meets coaching or helping in some capacity.

Glide holds a track meet each spring — the Maynard Mai Invitational — in his honor.

A friend of Mai’s, John Livingston, carries deep Glide roots as an athlete and educator. A 1959 GHS graduate, Livingston was the head basketball and baseball coach and served as athletic director.

“I go back 50 years with Maynard,” Livingston said. “He was a disciplinarian, but a caring coach. He encouraged the kids to get out there and enjoy themselves and have success. He treated kids the way they wanted to be treated, and they loved him.”

Sharon Constanzo, who came to Glide in 1972, also taught and coached with Mai. Constanzo, a 1968 Sutherlin grad as Sharon Molinari, started the volleyball program at Glide and coached girls track for three years. The physical education/health teacher retired in 2001 and coached volleyball until 2003.

“God, his family, his students, his athletes and community — that sums him up,” Constanzo said. “I was very grateful I had the opportunity to teach and coach with him, and learned a lot from him. He was always there, volunteering with the track team after he retired from coaching.

“He really cared for the kids and they loved him. He always went the extra mile ... always encouraging the kids to do their best and have fun. It wasn’t about Maynard, he was very humble. He was an icon and is going to be sorely missed.”

Georgeann Michell, formerly Georgeann Mitchell, was the most successful Glide female runner during the Mai era. Michell won the Class AA state title in the 3,000 meters in track in 1980 and was a state runner-up in cross country in the same year.

Her four brothers ran cross country for Glide. Michell, who lives in Boise, Idaho, got emotional when asked about Mai.

“He was really important to me. I get a little more heartbroken every day (knowing he’s no longer with us),” said Michell, a 1982 Glide grad. “I know how important his whole family meant to the community. They had to sacrifice a lot and I find it touching they shared it with us.

“Mr. Mai was like a gentle giant. He had a bullhorn and knew how to use it. He had a grin that wouldn’t quit and was very quiet. Encouraging, supportive. It didn’t matter if you were the first or last runner or having a great or bad day, you could count on him to be there.”

“He definitely is the person who sparked my love of running. I give credit to him for my life-long love of fitness,” said Menard, a former editor of The News-Review who now lives in Tigard. “We all really wanted to do well for him. He created a competitiveness in us at the district and state level.

“When you joined cross country, you became part of the family. We also had fun ... we had blackberry fights, took trips to the coast and he had parties for us at his house during the season. It was a real team atmosphere.”

Taylor Groth, a 1999 Glide grad, ran cross country and track for the Wildcats. Groth took over the cross country program in 2019 and his Glide boys qualified for the state meet for the first time in 20 years, finishing fifth in 2A/1A. Mai showed up Lane Community College to support the team.

"One of the things that stood out about him was you had his unconditional love, no matter what," Groth said. "When the race was over, you'd get the same smile regardless of how you performed.

"(Cross country) is a sport where you have to have someone the kids gravitate around and that's what attracted so many kids to the program. He built this program ... I feel like everything I know I learned from him."

“What a wonderful man and he will be missed,” former Glide girls soccer coach Dana Croll, a 1979 Glide grad, wrote. “He has touched so many lives.”

“I met Maynard in Glide and he immediately impressed me with character and how he treated others,” Dennis Olstedt wrote. “As we coached together over the track & field seasons I was always amazed at how much respect everyone had for him.

“Maynard was always someone who could be recognized by young and old and draw in a crowd. He never commanded, he taught and coached and wherever he was ... people listened. Maynard, you are one of the best, and always will be.”

The Wildcats were a powerhouse in cross country in the Sky-Em League for nearly two decades. Mai finished with a 123-17 dual meet record for the boys and was 118-23 with the girls. The boys qualified for state 17 times, while the girls advanced 13 years.

Glide had three state runner-up finishes, with the girls taking second in 1980 and 1995 and the boys placing second in 1996. There were three third-place finishes.

Maynard and Lois, who met at Bethany College, were married for 58 years. Their two children, Karlin and Troy, are Glide graduates.

Lois Mai said a memorial service will tentatively be held sometime later this year at the Glide track, depending on the situation with COVID-19.

“That (track) was his home away from home,” she said.

The glide track is being renovated and work is underway for a new surface.

Patience leads Roseburg to sweep of Ashland in twin bill

Double down: Roseburg counts on two aces in the circle this season

Legislators get $2-$4 million of relief money for their districts. Here's how ours want to spend it
County sees jump in COVID-19 positive cases, hospitalizations