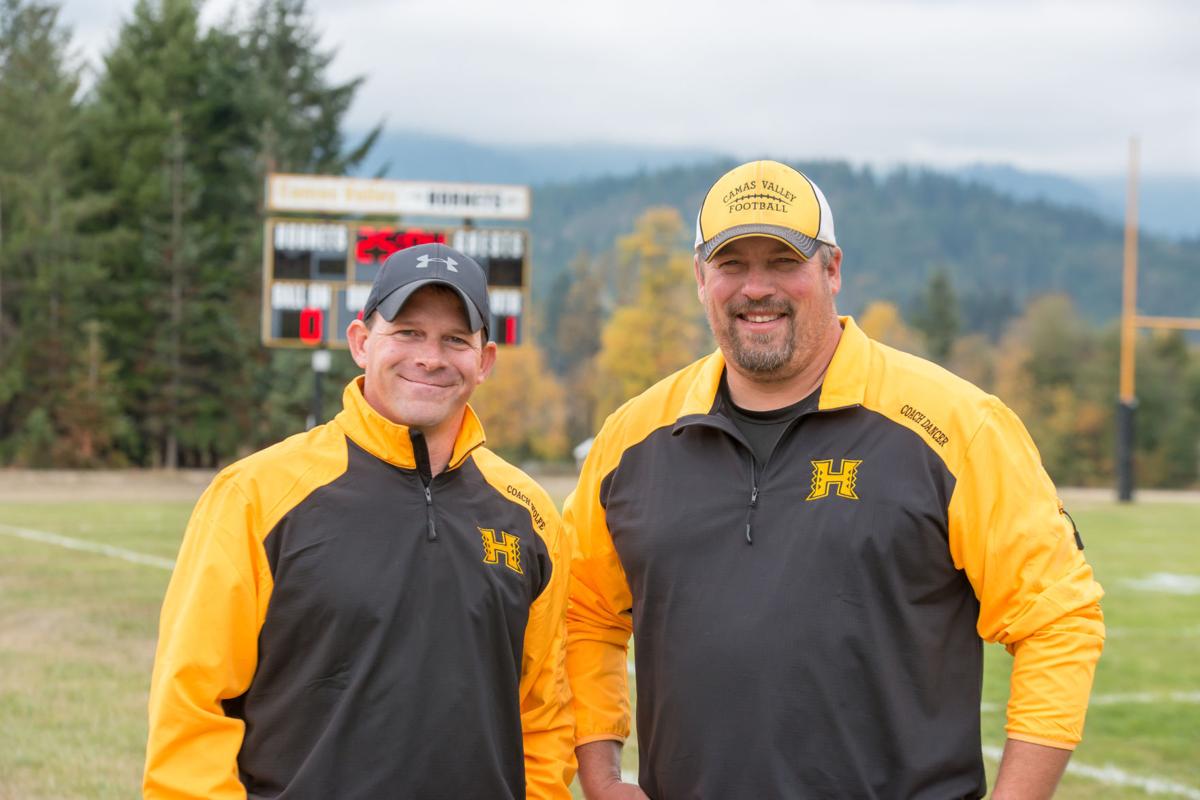 Eli Wolfe, left, and Pete Dancer pose before a Camas Valley football game in 2018. Both were members of the Hornets’ 1990 state championship team. Wolfe was C.V.’s head coach for 19 seasons ending in 2018 and Dancer remains on the staff as an assistant. 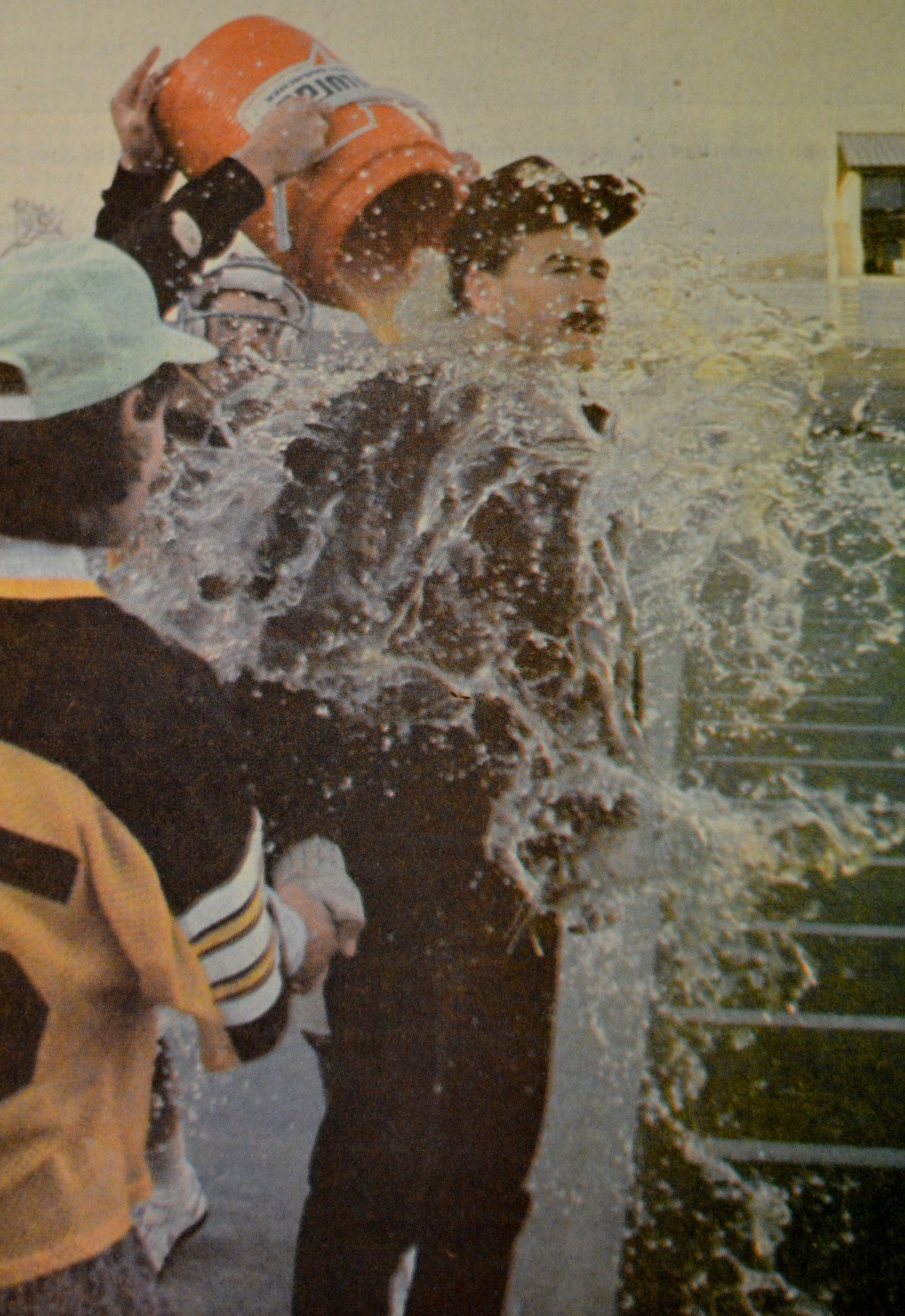 Camas Valley players douse coach Bob Phelps with water in the final minutes of the Hornets’ 26-6 victory over Prairie City in the 1990 Class 1A state championship game at Parker Stadium, now known as Reser Stadium, in Corvallis. 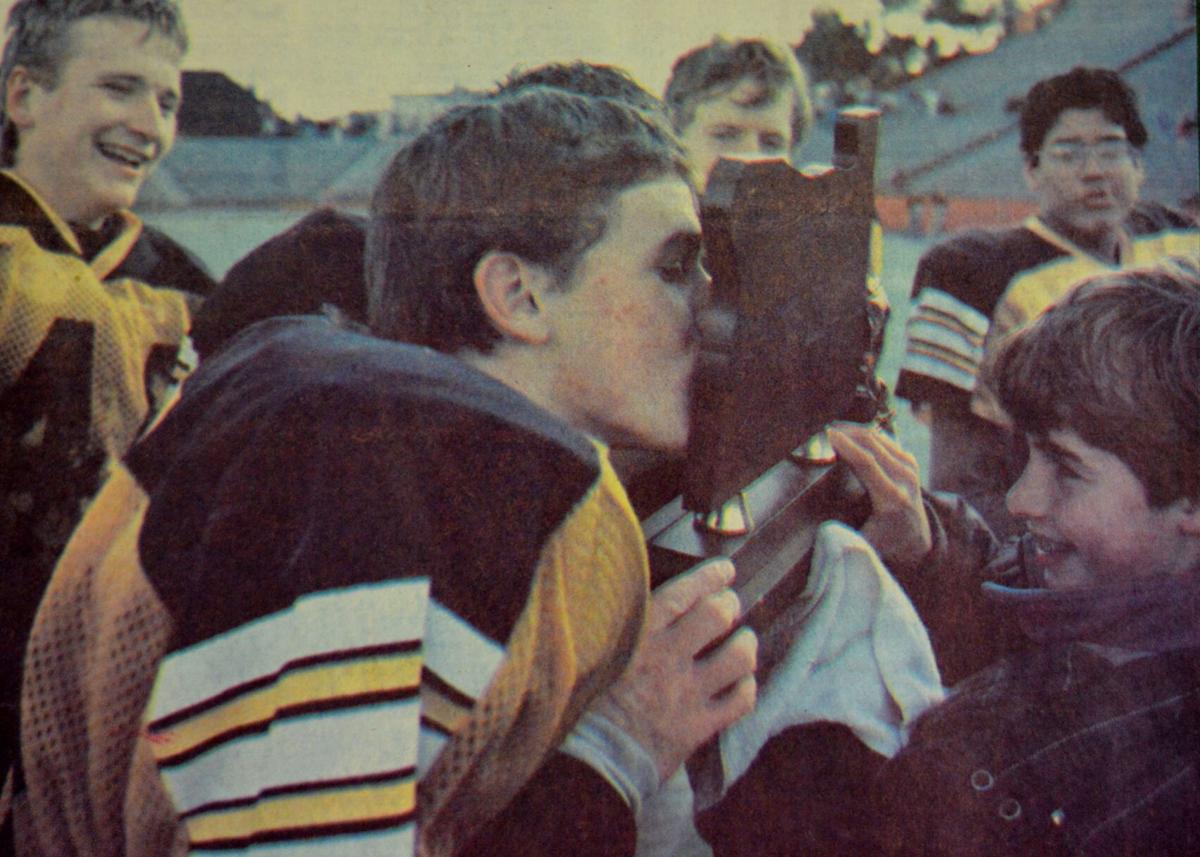 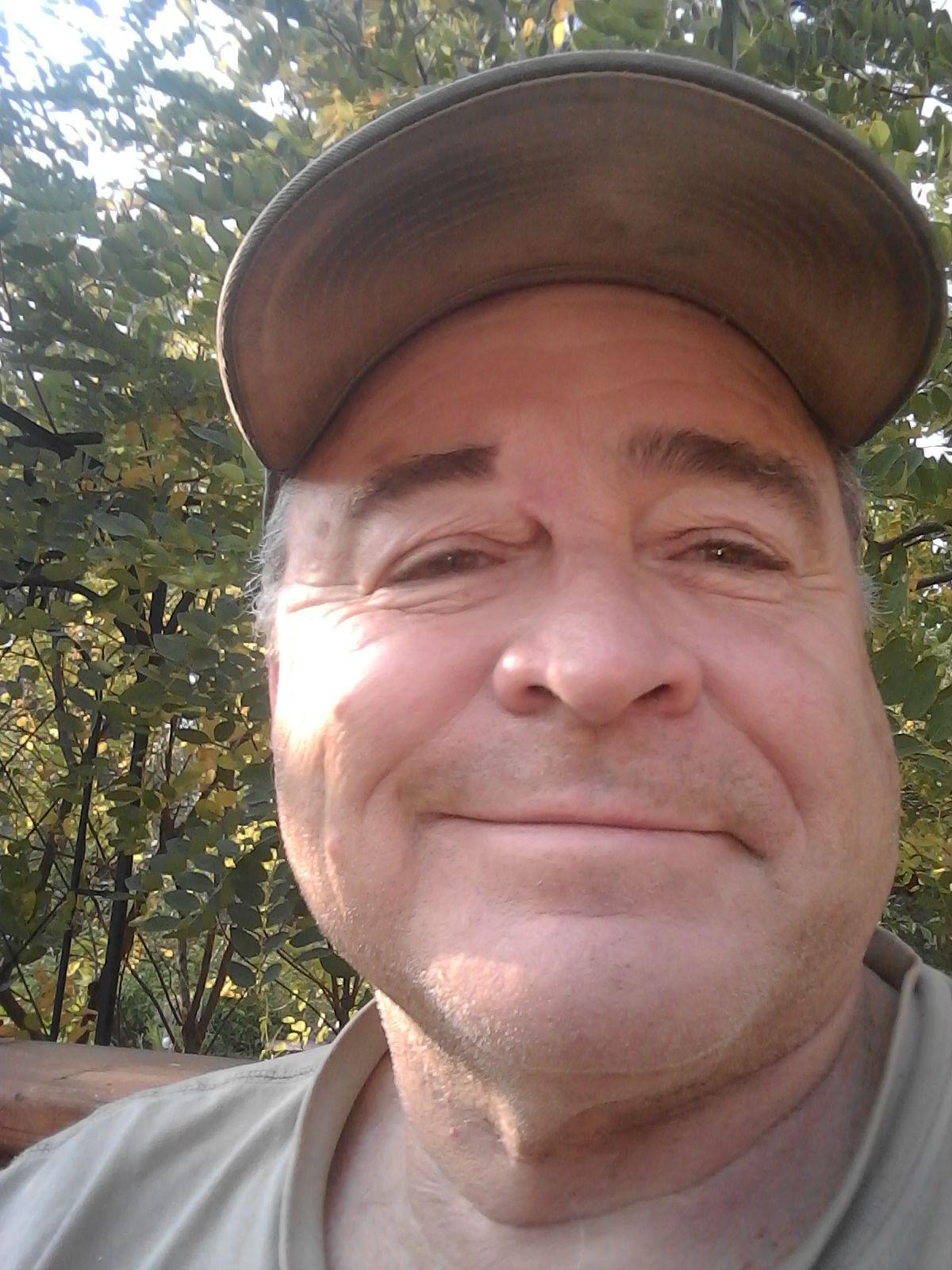 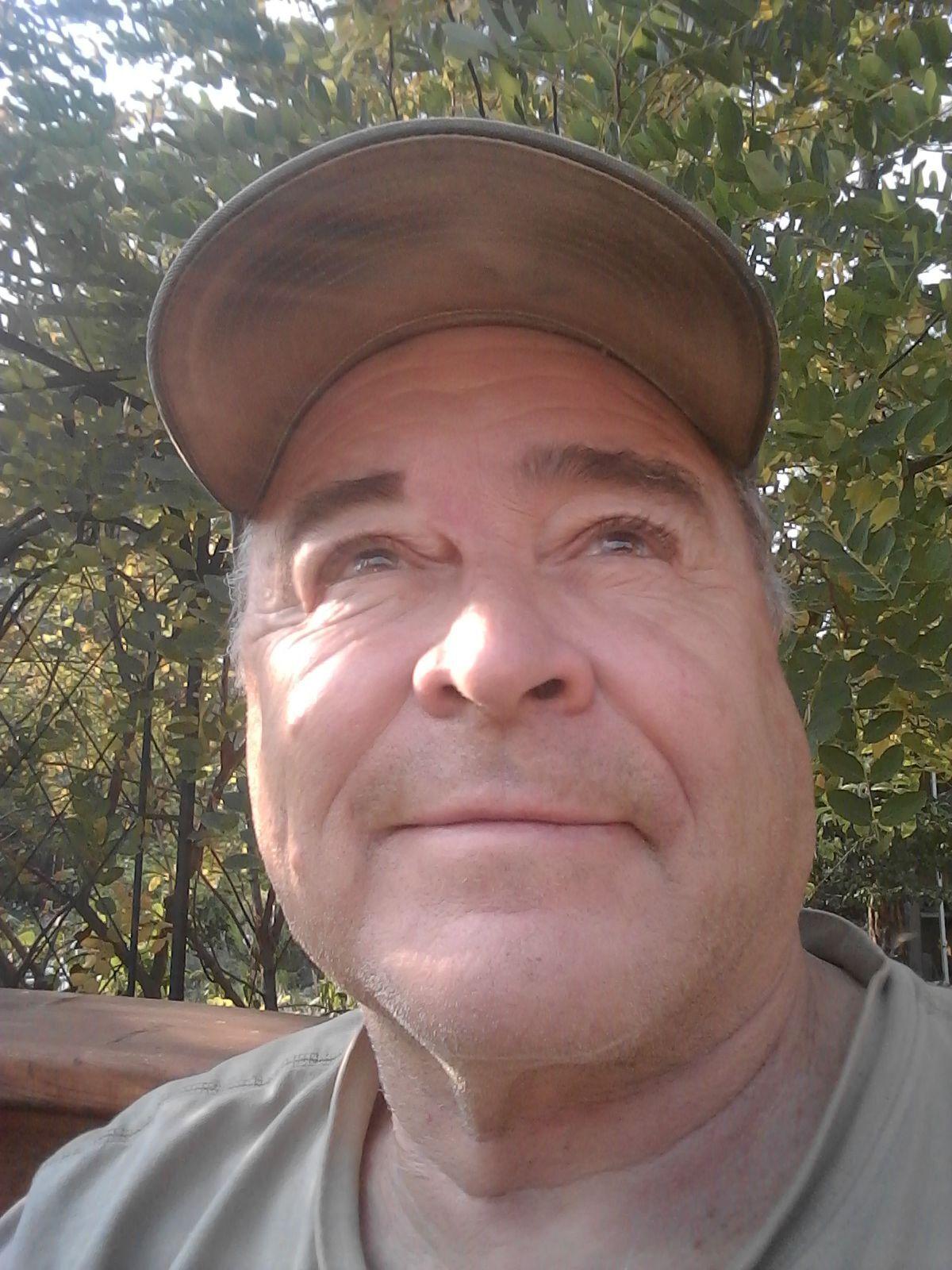 Eli Wolfe, left, and Pete Dancer pose before a Camas Valley football game in 2018. Both were members of the Hornets’ 1990 state championship team. Wolfe was C.V.’s head coach for 19 seasons ending in 2018 and Dancer remains on the staff as an assistant.

Camas Valley players douse coach Bob Phelps with water in the final minutes of the Hornets’ 26-6 victory over Prairie City in the 1990 Class 1A state championship game at Parker Stadium, now known as Reser Stadium, in Corvallis.

The 1990 Camas Valley High School football team didn’t win its league, but the Hornets proceeded to land the biggest catch of the season.

After finishing second behind top-ranked Butte Falls in the Skyline Seven League standings, the Hornets were on their game in the postseason. Camas Valley won three playoff contests, capped off by a 26-6 decision over Prairie City in the Class 1A eight-man championship game on Dec. 1 at Parker Stadium (now Reser Stadium) in Corvallis.

It marked the fourth state football crown for C.V. at the time and second under Bob Phelps. The Hornets won their first two titles under Bill Welch in 1963 and ’64.

Nearly 30 years later, the 1990 championship is still savored by the coaches, players and community.

“When (the seniors) were sophomores they didn’t win a game (finishing 0-7 in 1988),” said Phelps, who also guided the Hornets to a B state title in his first season as head coach in 1980. “They matured and the next year did better (going 9-1 and advancing to the state semifinals).

“We figured we had a pretty good team (in 1990), and the kids were ready for payback. They had chemistry and weren’t going to lose.”

Not when it really counted, anyway.

Dave Geddes was an assistant coach for the Hornets that season and called them a tight-knit group.

“We had a bunch of seniors (nine) and knew we were going to be good,” Geddes said. “The kids were close and got along ... there were no egos on the team and everybody did their job. They came to play.”

Safety Eli Wolfe was the lone sophomore starter for the Hornets that season.

“That group of seniors was a special group of guys. We had one common goal — to win it all. We had coaches who had us prepared,” Wolfe said. “That was a real memorable time in my life ... the reason you don’t forget high school sports is because the people you did it with. It was an honor to be part of that.”

Pete Dancer was one of those highly-competitive seniors. He was an all-league end and linebacker for the Hornets. Dancer has been an assistant coach for Camas Valley, first under Wolfe and currently under Keri Ewing.

“Thirty years ... I feel old now,” Dancer said. “We had excellent coaches and didn’t have weaknesses at any position. We had some mishaps and disciplinary things happen during the season, but once we got it together we were pretty tough to beat.”

Indeed. It wasn’t a perfect 1990 run, by any stretch. The Hornets, who finished 9-2 overall, endured a few bumps in the road.

Camas Valley opened its Skyline Seven schedule in the second week with a 30-22 loss at Butte Falls. The Hornets had no answer to stopping Scott Edmondson, who rushed for 233 yards on 17 carries and had touchdown runs of 70 and 60 yards.

C.V. led by six at halftime, but didn’t score in the second half against the Loggers, who scored the last three touchdowns.

“There were a lot of down heads after that game, but the kids came back,” Phelps said.

“We had a little adversity thrown in our face losing to Butte Falls,” Geddes said. “That loss brought them all together.”

“Losing to Butte Falls refocused us,” Wolfe said. “Taking a loss early isn’t always a bad thing. Sometimes you’re going to get knocked down, and it’s a matter of getting back up and being resilient.”

The Hornets won their next four games easily, then dropped a 12-10 nonleague decision to Culver at home in Week 7. Camas Valley routed Elkton to end the regular season.

Against Culver, the Hornets lost a fumble with under a minute left in the contest and the Bulldogs cashed in with a 22-yard touchdown pass to steal the win.

But the Hornets were ready for the postseason.

They scored an impressive win on the road, shutting out Alsea 34-0 in the quarterfinals. That avenged a 48-12 loss to the Wolverines in the 1989 semifinals. C.V. lost junior running back/safety Dewey Estrada, who suffered a broken collarbone.

Camas Valley got a rematch with Butte Falls in the semis and the Hornets prevailed on their mud-caked field, rallying in the fourth quarter to earn an 18-8 win.

“It was raining like crazy and the field was so muddy,” Wolfe recalled. “Butte Falls had a great team, but we had a couple of breaks go our way late in the game.”

“(The rain) slowed the speed game down,” Phelps said.

Dancer added, “That more or less was the state championship game. I felt Butte Falls was the second-best team in the state. They were tough.”

Next up was Prairie City, which had eliminated Adrian 36-24 in the semis.

The defensive unit had Matt Solomon and Steve Henry at end, Simmons and Lucido at tackle, Dancer and Zac Gautreau at linebacker, and Rob Henry and Wolfe at safety.

Lucido was C.V.’s biggest player at 239 pounds. He was a first-team all-league selection on both sides.

The Panthers were no match for Camas Valley on the Parker Stadium turf in wet and blustery conditions.

Prairie City (10-2) tied the contest in the second quarter on a 24-yard pass from Travis Rude to Kenrik Lynch. Baker put the Hornets ahead for good later in the period with a 1-yard TD run.

Camas Valley kept the Panthers off the scoreboard the rest of the way. Wiegman had a 20-yard scoring run in the third quarter and Baker added a 2-yard TD run in the fourth.

C.V. finished with a 303-194 edge in total offense, all of its yards coming on the ground. Wiegman was the top offensive player with 176 yards on 32 carries. Baker ran for 69 yards on 15 attempts, while Rob Henry chipped in 47 yards on eight rushes.

“We scouted Prairie City and knew what they’d try to do,” Phelps said. “We prepared for their running game and stopped it. Larry (Lucido) did a great job plugging up the middle.

“(Offensively), the wind was blowing and it wasn’t good for throwing. Vic (Baker) didn’t have a real strong arm, but could run the team. We decided we were going to run the ball, and that’s what we did.”

“The wind didn’t cooperate,” Wolfe said. “We didn’t make mistakes. Vic just played his role and managed the game well. Brandon (Wiegman) ran the ball hard, he’s about as tough as they come.”

Phelps, now 70, coached the Hornets one more season before moving to Sisters and becoming an assistant coach with the Outlaws. Sisters won back-to-back 3A state titles in 1998-99.

Phelps, who compiled a 64-38 record in 12 years as Camas Valley’s coach, looks back at his time at the school fondly.

“It was good, it was fun,” he said. “The community was so supportive and it was great getting to know the parents. The brotherhood — that’s what I remember about Camas Valley and those kids.”

Phelps, who taught overseas for seven years, retired from teaching in 2012. He and his wife Marsha will celebrate their 47th wedding anniversary on Nov. 23.

Geddes, 86, succeeded Phelps as C.V.’s head football coach. He ran the program for five seasons, finishing with a 31-14 record highlighted by semifinal appearances in 1992 and 1995.

“Camas Valley is a small school, but a special school,” said Geddes, who lives in Lookingglass. “That’s a credit to the community and kids.”