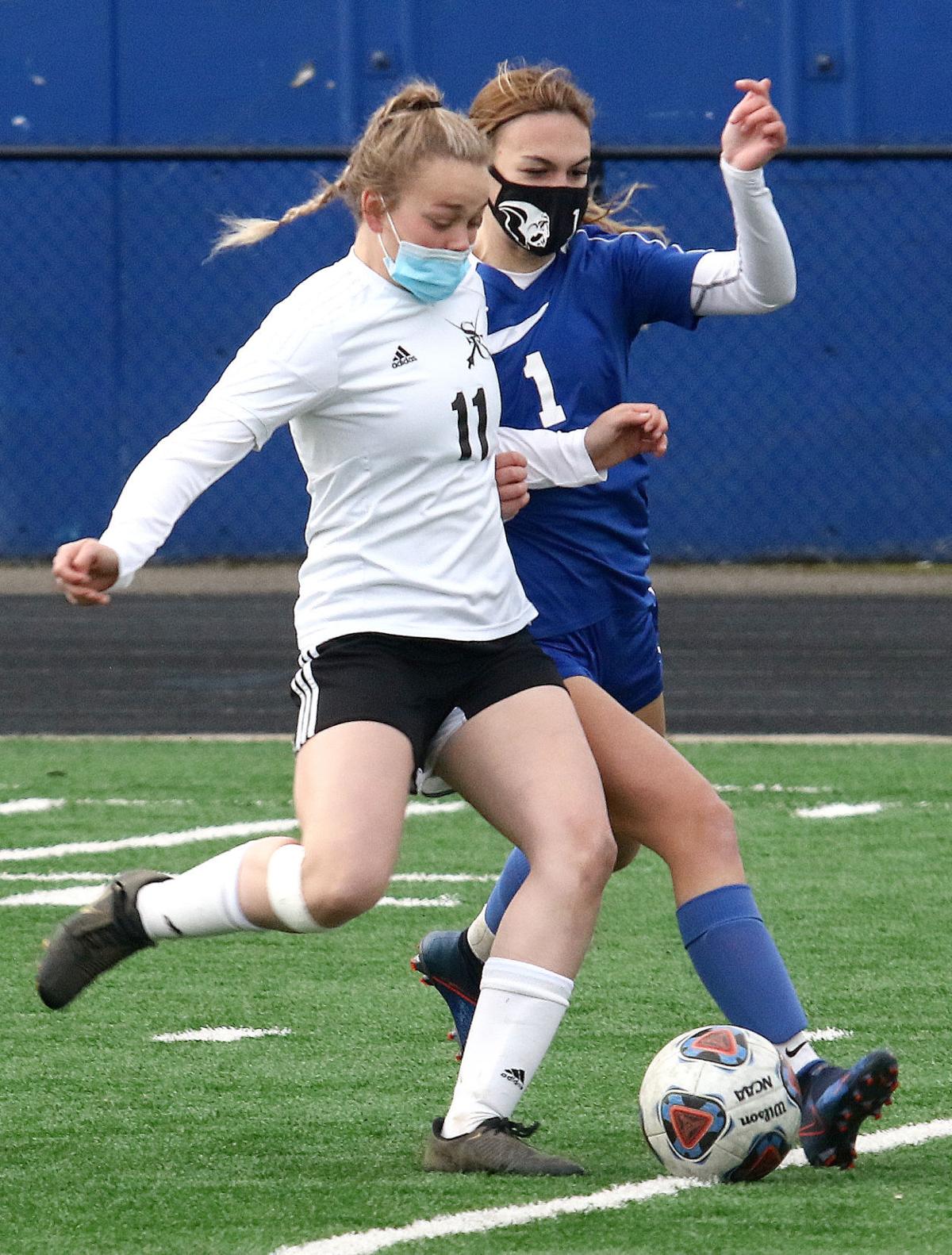 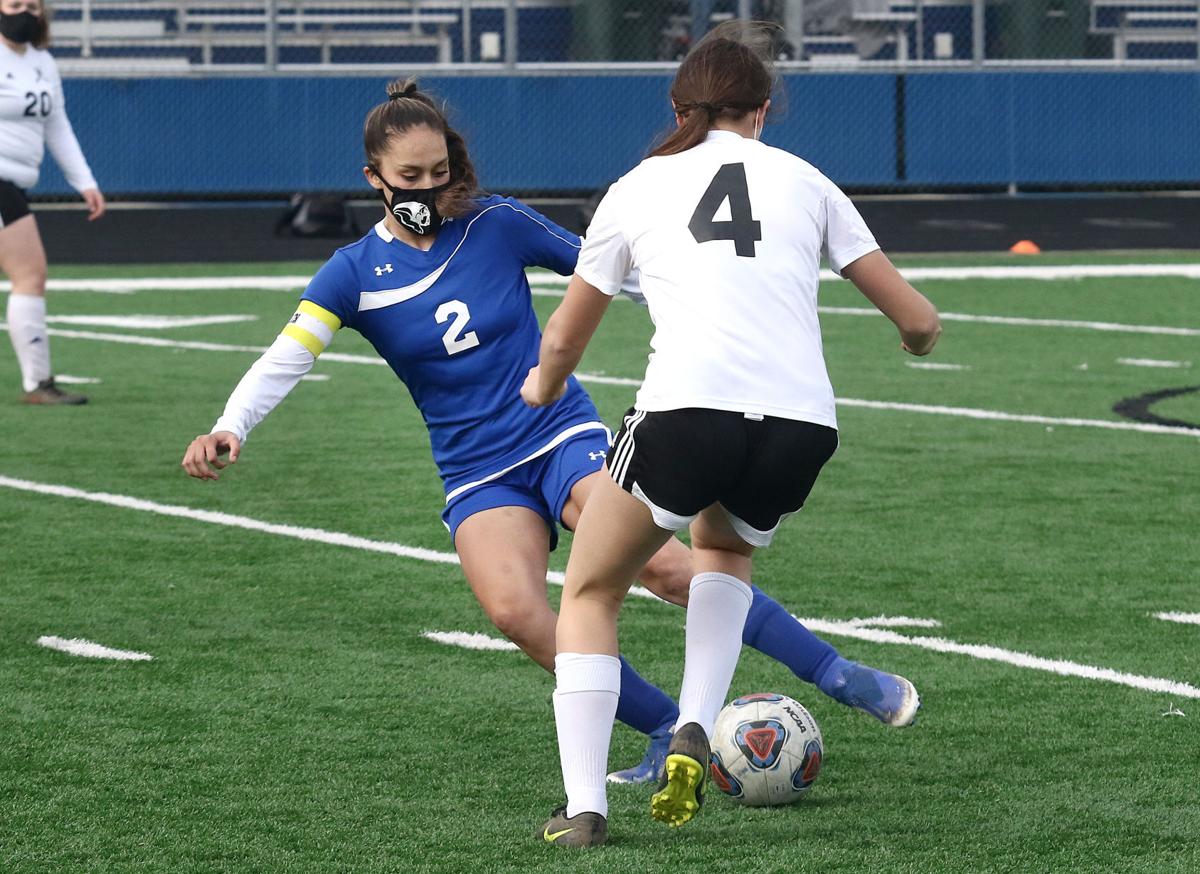 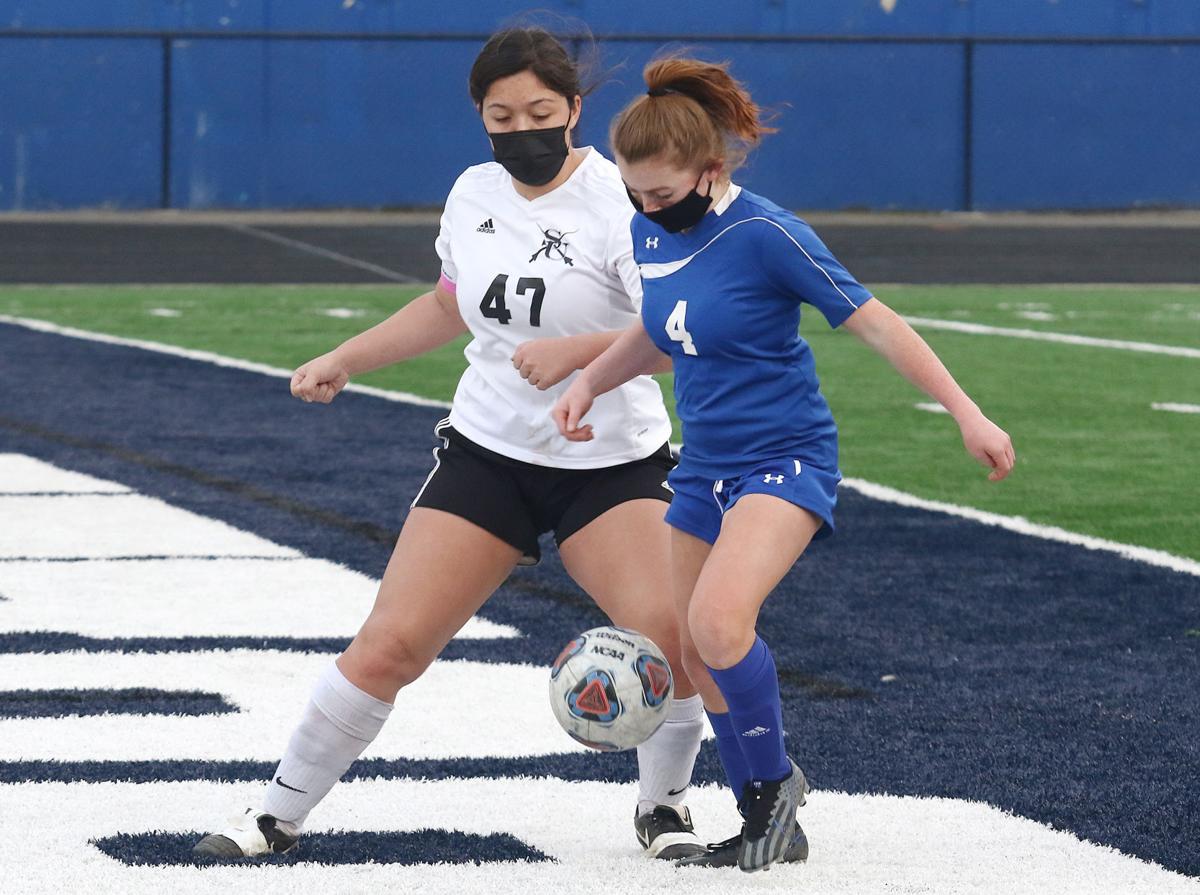 Sutherlin freshman Paige Edmonson (4) prepares to take a shot on goal in front of South Umpqua’s Madison Shepherd during first half play Thursday night in Sutherlin. Edmonson scored one goal for the Buldogs in their win. 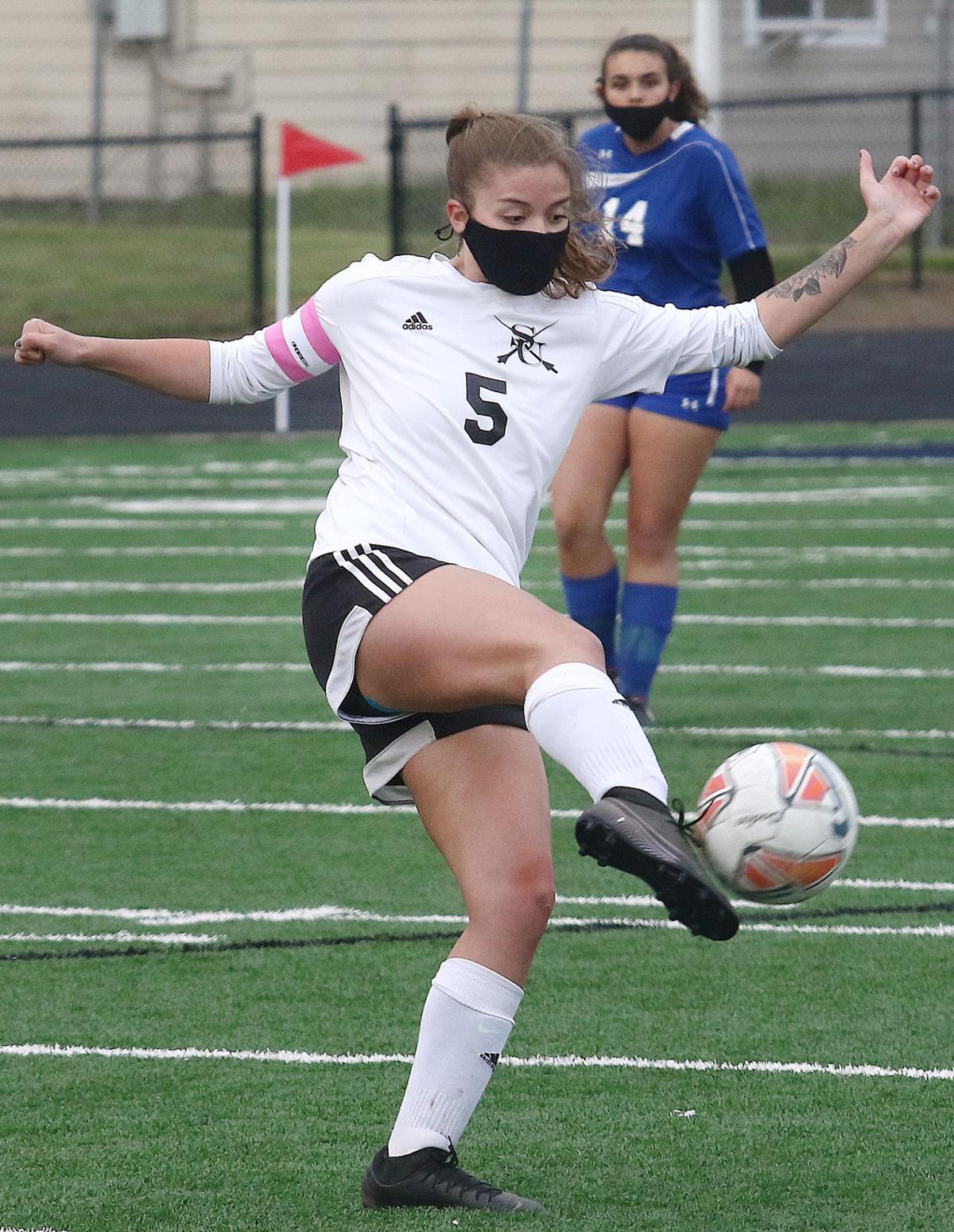 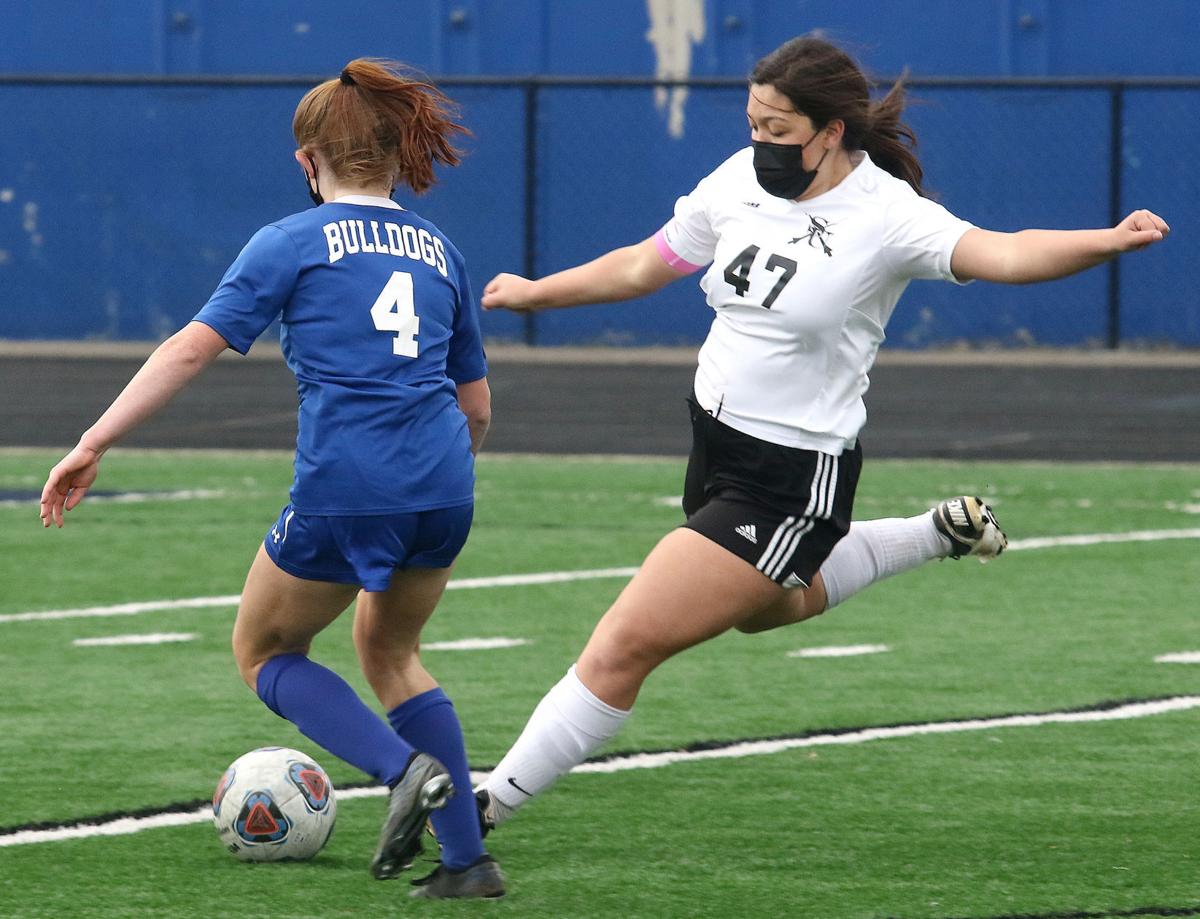 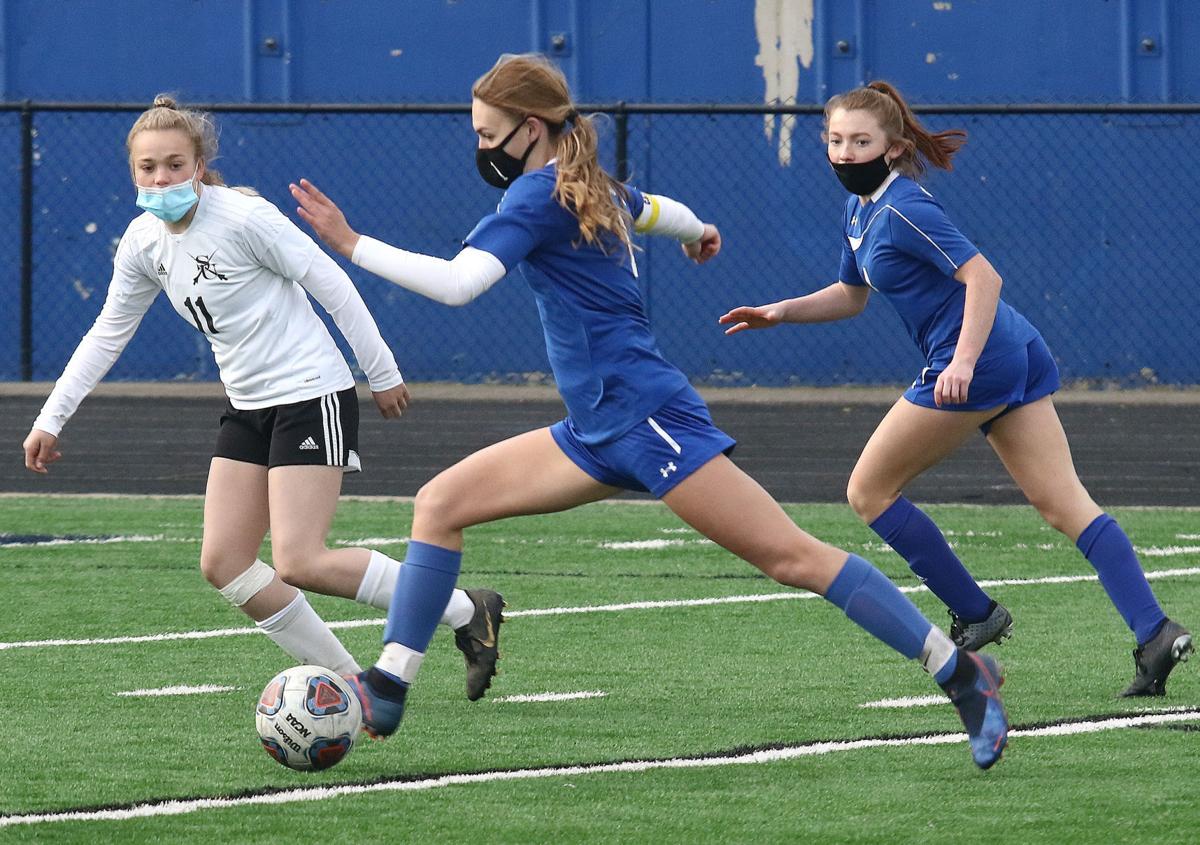 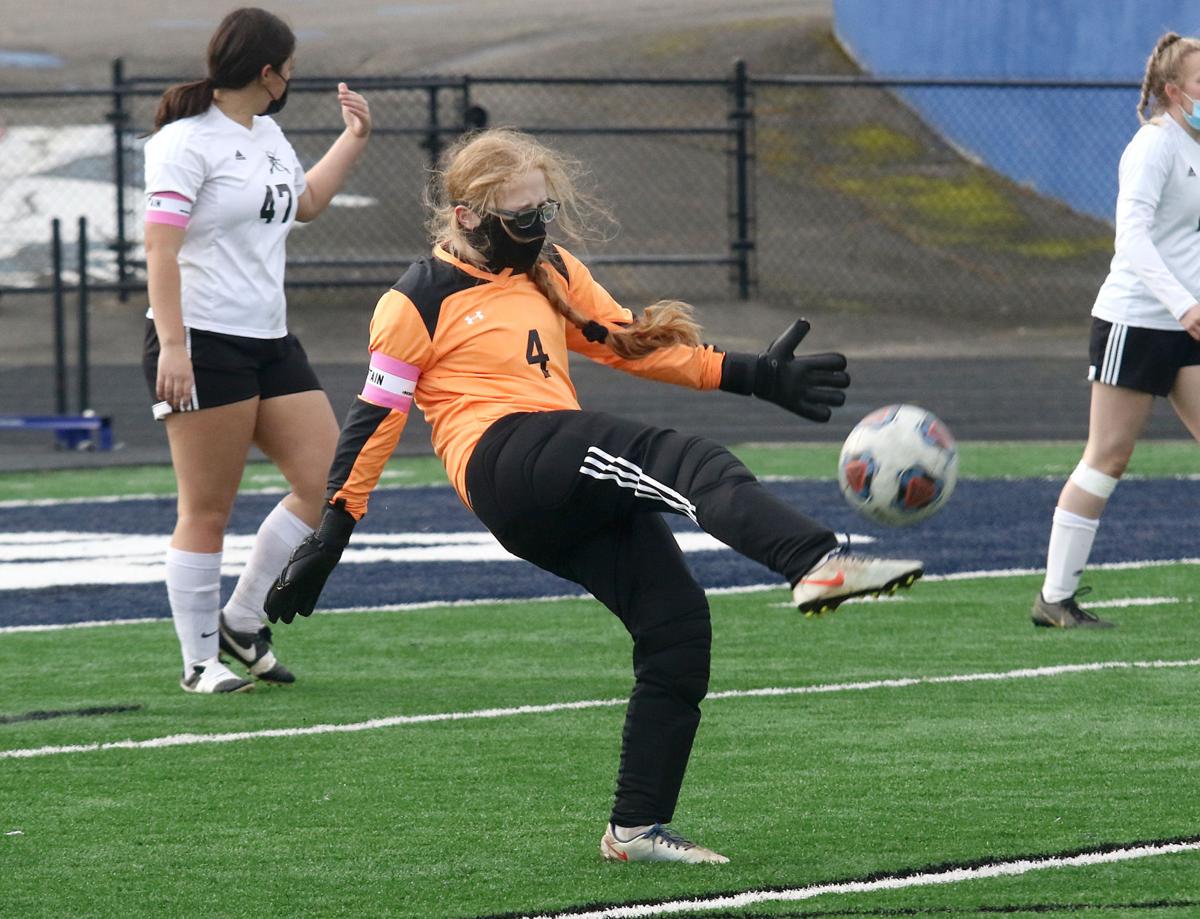 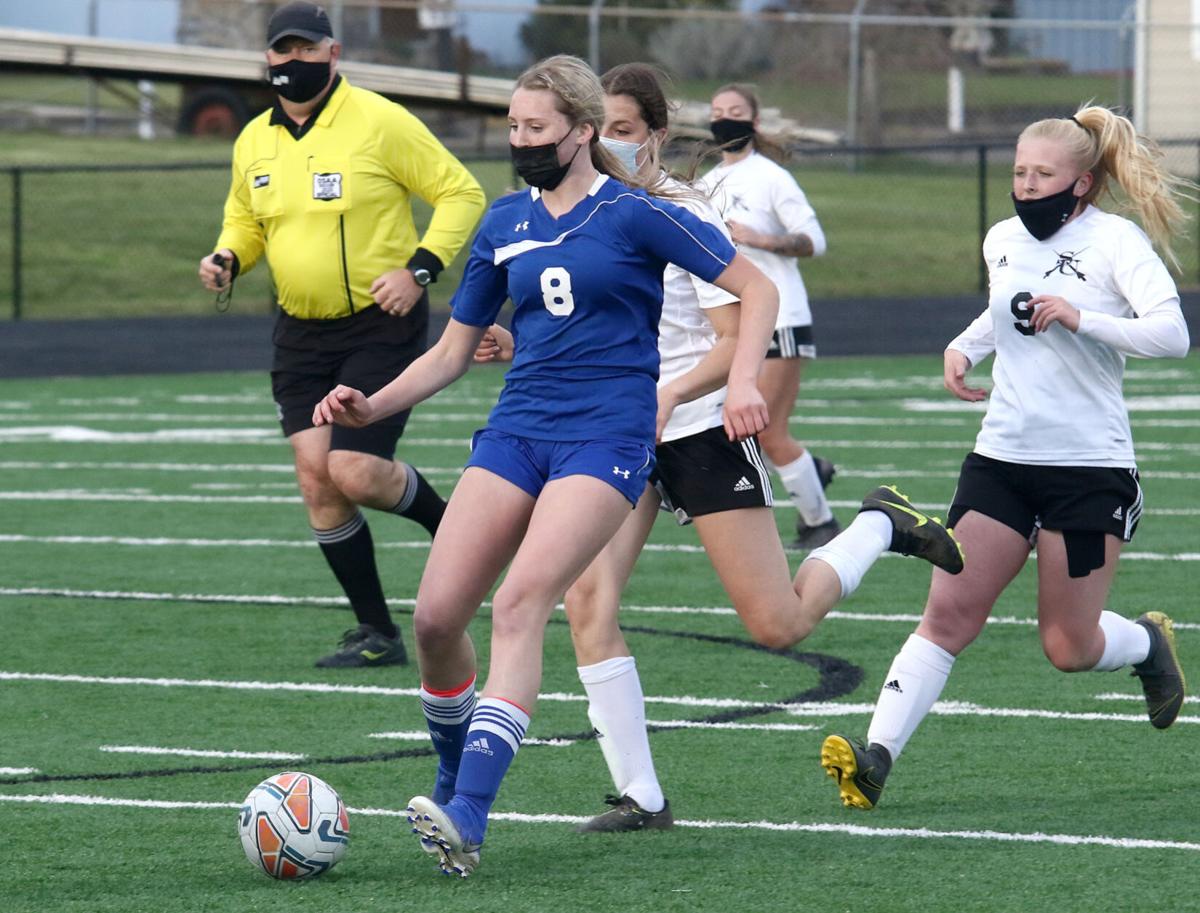 Sutherlin freshman Madison Wagner controls the ball during the first half against South Umpqua Thursday night in Sutherlin. 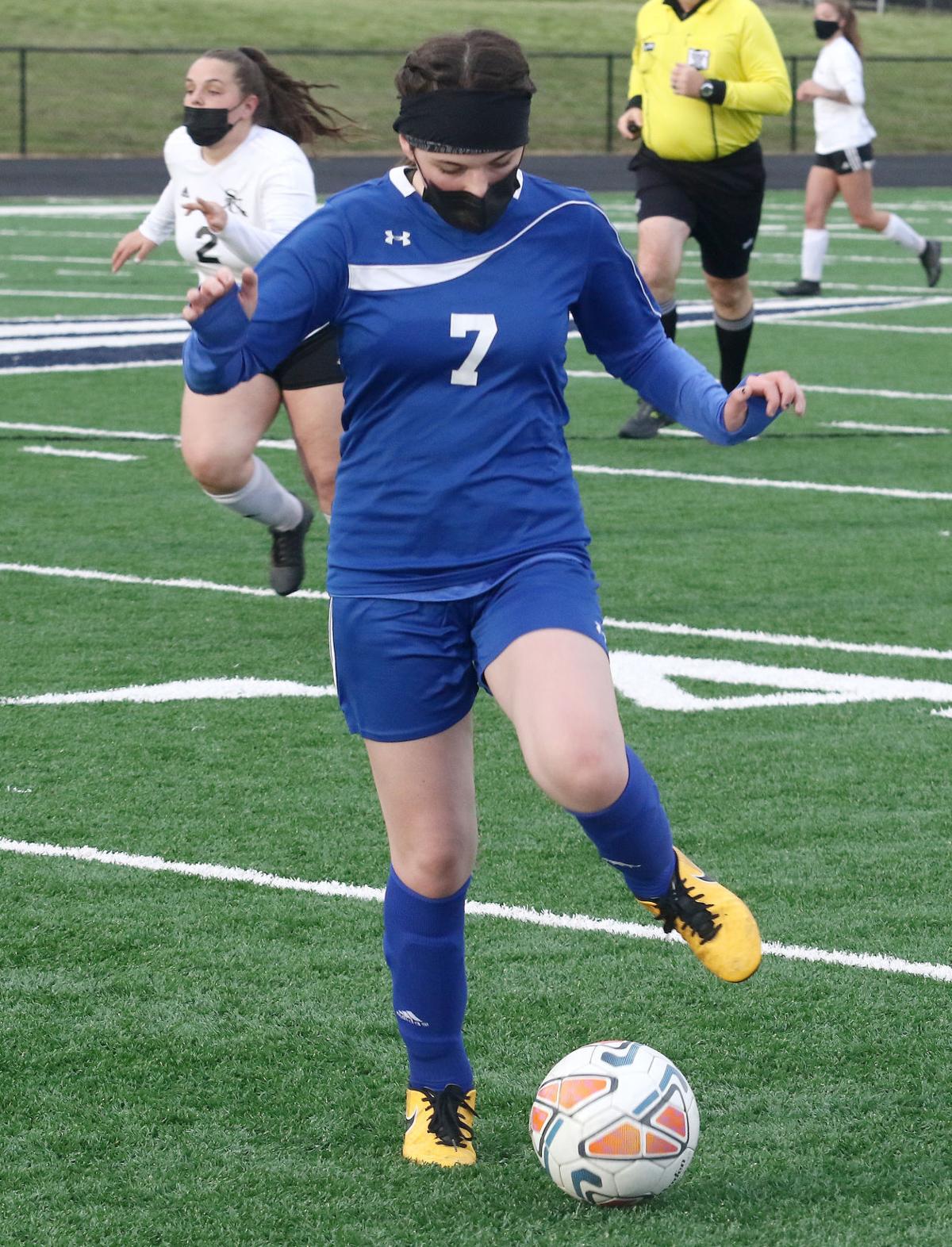 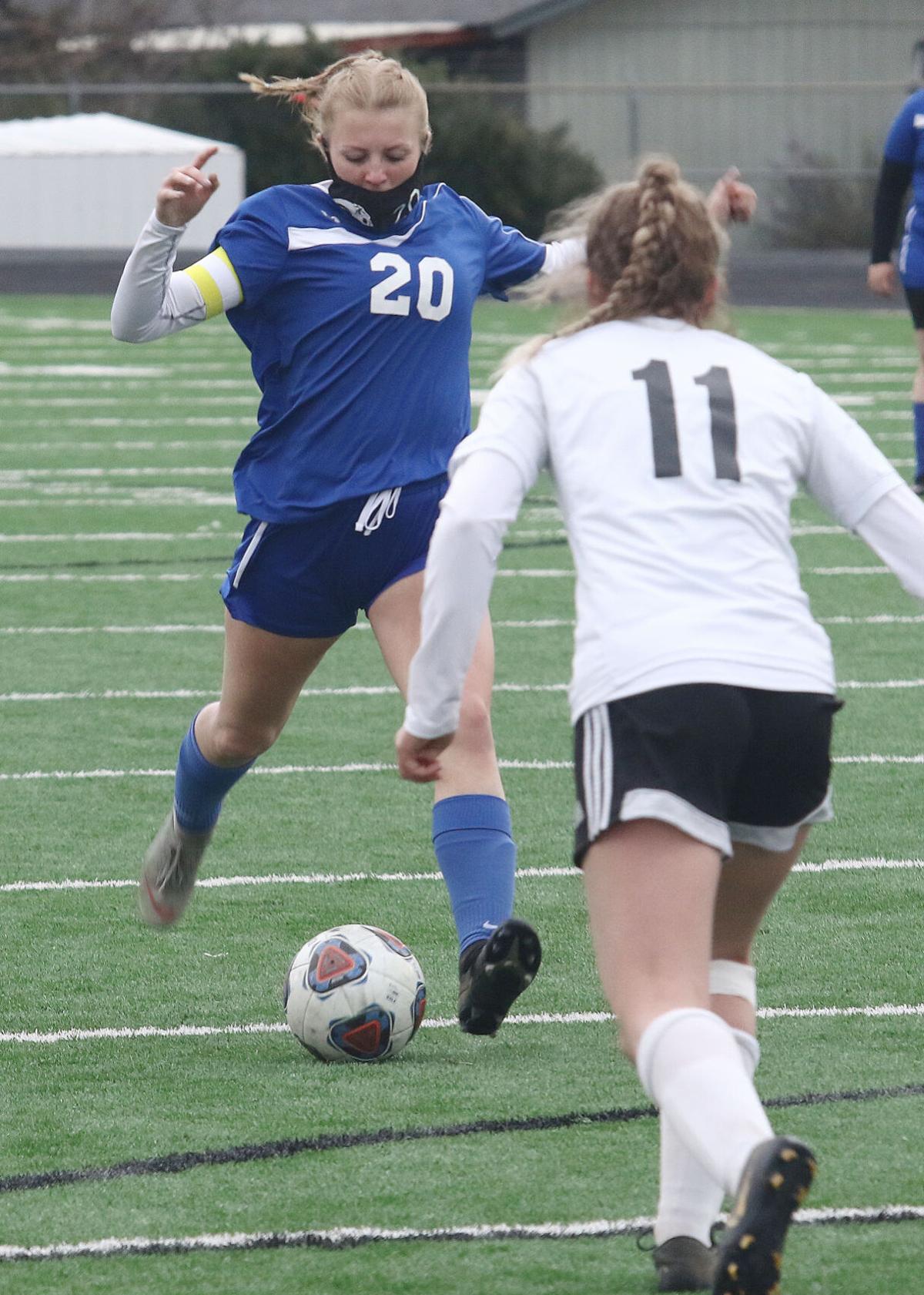 Sutherlin freshman Paige Edmonson (4) prepares to take a shot on goal in front of South Umpqua’s Madison Shepherd during first half play Thursday night in Sutherlin. Edmonson scored one goal for the Buldogs in their win.

Sutherlin freshman Madison Wagner controls the ball during the first half against South Umpqua Thursday night in Sutherlin.

The Sutherlin High School girls soccer team appears to be making the most of its shortened 2021 winter/spring season.

The Bulldogs were expected to contend for a Class 3A/2A/1A playoff berth last fall, but the season was canceled due to the coronavirus pandemic. The Oregon School Activities Association mapped out a six-week season for the fall sports teams starting in March.

Sutherlin improved to 4-1 on the season Thursday night with an 8-0 victory over South Umpqua on the Bulldogs’ turf field. The contest was stopped early in the second half because of the eight-goal difference.

The Bulldogs are led by seniors Jadyn Vermillion and Mariah Summers. Vermillion, a forward/wing, and Summers, a defender, were both first-team all-league selections in 2019.

Emily Hanson in the third senior on the team. Another key returner is sophomore Micah Wicks, who made second-team all-league.

The Bulldogs have a talented group of freshmen, including Paige Edmonson and Madison Wagner. Junior Marissa Magana is the starting goalkeeper, but had to miss Thursday’s game.

“It’s been really nice to have a season,” Vermillion said. “Knowing this is my last season (of soccer), it’s sad but we have a really good team. We have fun and work hard. I love all the girls and we want to finish with the best record we can.”

“It’s a blast,” Summers added. “I’m really happy we’re getting to play, even with masks on. We all have such good chemistry together. This is the last year I’ll get to play with all of these girls and I want to make the best of it.”

“The chemistry is definitely there,” Carrillo said. “We have talent and leadership, and they all get along fairly well. We have a range of girls, and the freshmen are learning from the seniors. We’ve been working on our passing game and the communication is coming together.”

“The girls always pick themselves up,” Carrillo said. “Jadyn (Vermillion) is one of the best leaders I’ve had in a long time.”

The Bulldogs led 7-0 at halftime. They’ve outscored their opponents 54-5 this season.

The Lancers have a new coach in Zach Firestone. S.U. has four seniors on its roster — Kelci Rogers, Nalia Stice, Sophia Killian and Madison Shepherd.

“Sutherlin has a lot of speed and their passes are phenomenal,” Firestone said. “We’ve got a good group of girls, they’re getting better every game. They make coaching fun.”

Firestone credited Shepherd, a defender, with a strong performance.

Sutherlin is looking forward to a rematch with first-place Brookings-Harbor on Tuesday night at home. The Bruins handed Sutherlin its lone loss, 4-3 in Brookings on March 9. The Bulldogs played most of that contest down one player after Summers received a red card.

South Umpqua is scheduled to host Coquille/Myrtle Point on Tuesday.