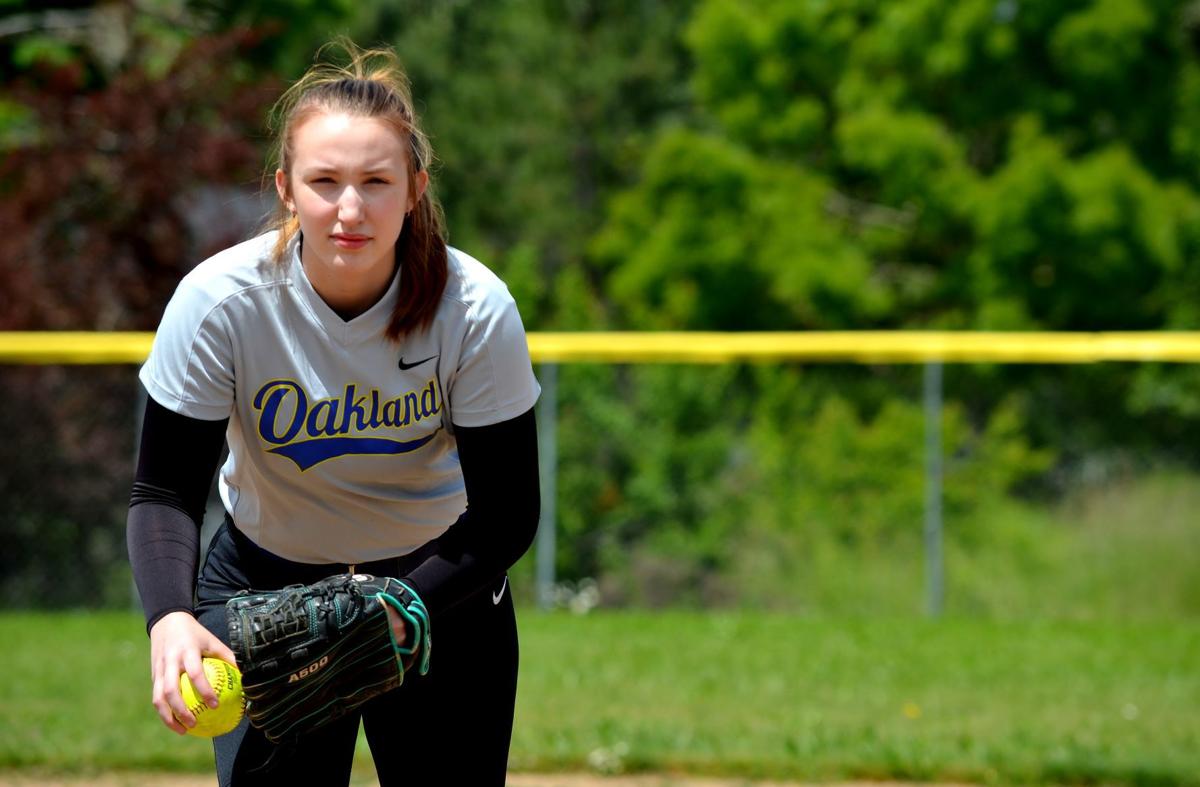 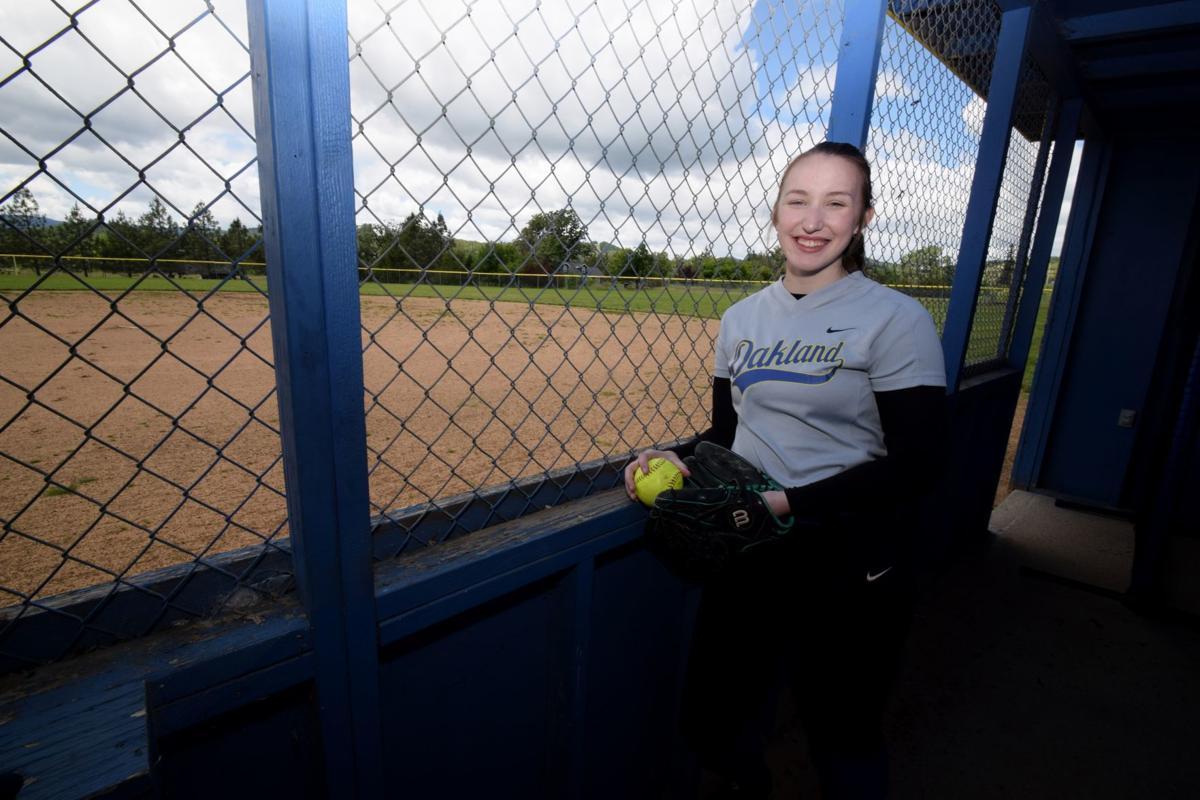 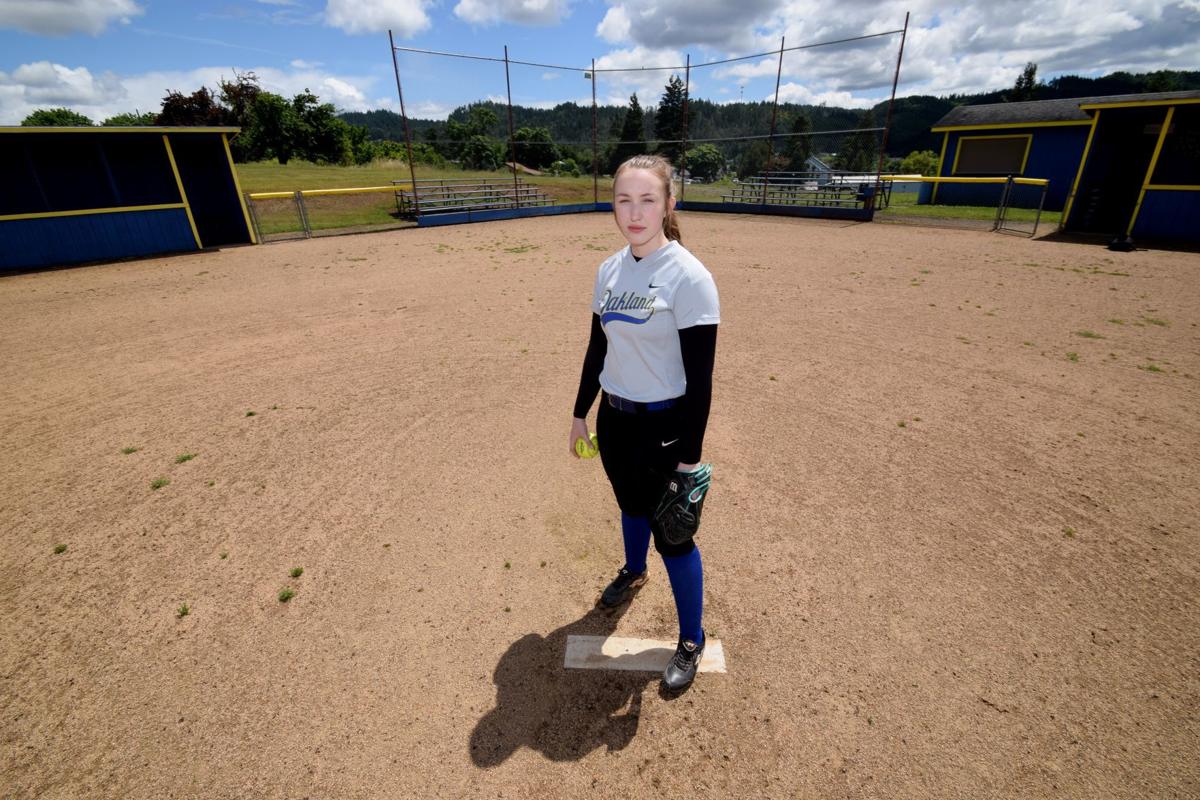 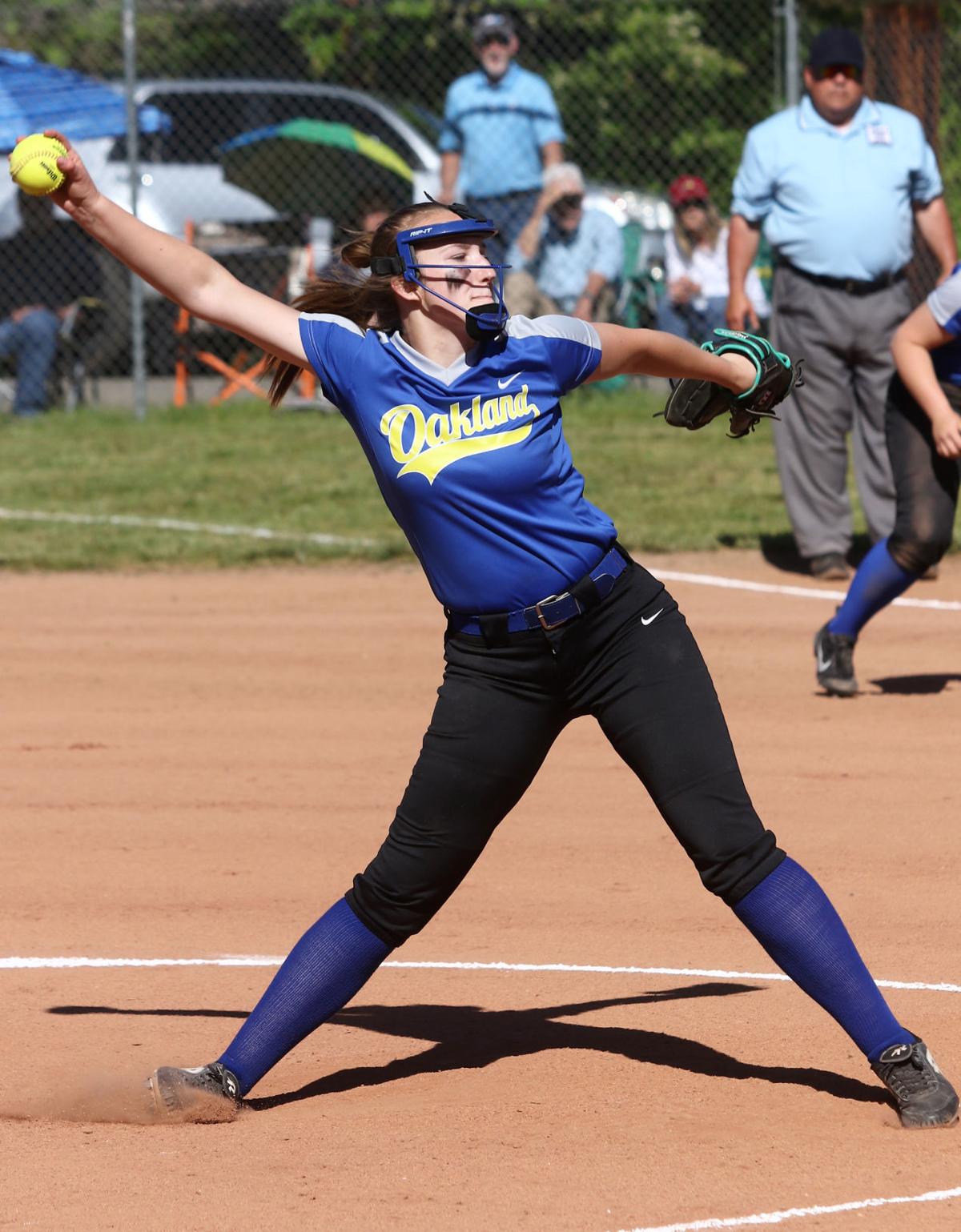 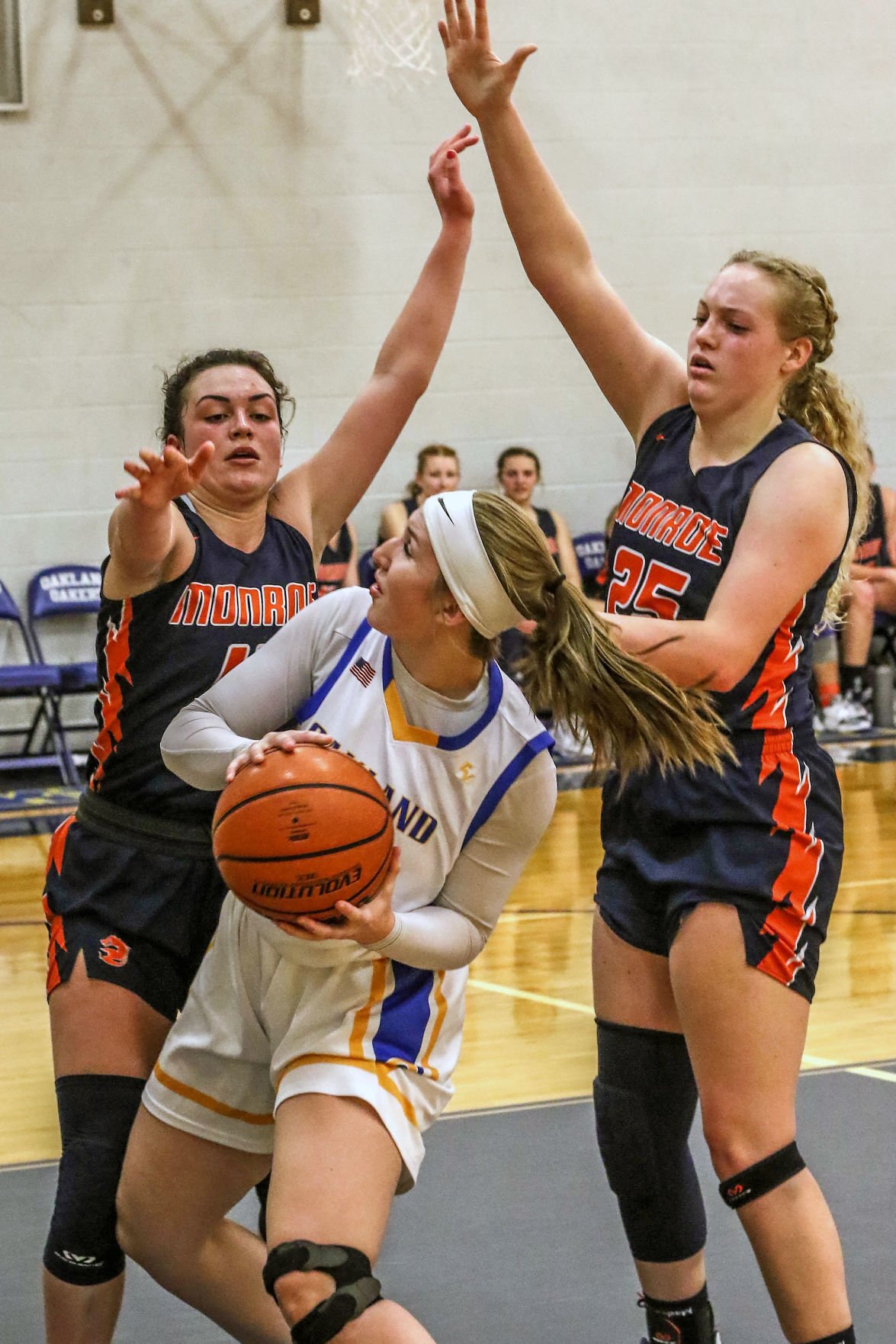 But those “what if” questions will linger for the 17-year-old, concerning her senior softball season for the Oakers that was lost due to the coronavirus pandemic.

The 5-foot-9 pitcher, who received first-team all-league honors last year, was one of three seniors returning for the team. The others were third baseman Kelsie Collins and outfielder Gabby Parnell.

Oakland took second behind eventual Class 2A/1A state champion North Douglas in Special District 3 and finished 20-5 overall during the 2019 season, losing to Kennedy in the second round of the state playoffs.

The Oakers lost only one senior and another starter off that team and entered the 2020 season under Johanna Held with high hopes. Chances are they would’ve been one of the clubs to reach the postseason — especially with their right-handed ace back.

For Bean, it’s not only hard not getting to play her final high school spring sports season with her teammates but her father, Kelley, was the Oakers’ pitching coach.

No closure. Bean’s softball career is over as she prepares to enter the next stage of her life.

“We had a lot of potential and I thought it would’ve been a really good season,” Bean said. “At first when I found out it was just a two-week break (because of the shutdown), I thought it’s fine and we can come back from that. But it was heartbreaking to find out the season was canceled (by the Oregon School Activities Association on April 8).

“Softball is something I’ve always looked forward to, it’s my favorite part of the year. My dad has been my coach since I first started playing. I’m the last of the girls (in the family), so it’s kind of a heartbreaking end and really difficult.”

Held was excited about the season and feels bad for the seniors.

“It’s definitely hard, I’m not going to deny that fact,” Held said. “The hardest part is you do it for the kids. Andie deserves a lot of kudos, but so do Kelsie (Collins) and Gabby (Parnell).

“All three of them, it looked like it was their opportunity to shine.”

Bean’s older sister, Kylee, was a first-team all-league pitcher for Oakland as a senior in 2017. With Andie leaving the program, Held will have to find a pitcher with a different last name for next year.

“It’s a tough loss for many reasons,” Held said. “We’re out of Beans.”

Bean will depart with some memorable softball moments, including a 2-1 win over then-No. 1 ranked North Douglas last year in Drain, ending the Warriors’ 18-game winning streak. Bean picked up the decision, striking out 10 and walking none.

“North Douglas is such a powerful team in our league,” Bean said. “Being able to beat them at least once was amazing.”

“She comes from a good family and is one of those kind of kids you want to have on the team,” Held said. “Andie led by example, putting in the extra time and held herself to a high standard. She had quiet conversations with her teammates.”

Bean was a two-sport athlete at OHS, competing in basketball during the winter season. She played on two state tournament teams and was a starter the last two seasons as an undersized post.

Bean was voted Most Inspirational by her teammates this past season.

“I loved playing for coach (Don) Witten, and especially coach (Ryan) Young,” Bean said. “I was lucky to be part of a team that was so good, especially with Hadley Brooksby, Grace Witten and Cassidy Jones. Even though I wasn’t the best player on the team, I was really happy to be part of that and going to the (state) tournament was awesome.”

“Andie’s one of the toughest players I’ve coached,” Don Witten said. “She’s incredibly strong. You weren’t going to push her around down on the block and she was perfectly fine with her role.

“She was extremely coachable. She was a leader in her own way, but very quiet. She’s a great kid.”

Bean was outstanding in the classroom, compiling a 3.96 GPA. She’s the salutatorian of her class.

“I’m really bad at procastinating and time management is one of those,” Bean replied, when asked about her academic success. “Finding other people who can help you is a big key, especially in subjects like math. Making sure you fully understand the concept and reaching out to teachers is one of the most important skills to have.

“I’ve always worked hard in sports, and I think that carries over to my academics. I’m always trying to be the best I can be, especially with my grades.”

Bean intends to keep that work ethic going at Umpqua Community College, where she will begin her journey toward becoming a travel nurse.

What: A senior student-athlete at Oakland High School.

College: Umpqua Community College, will work toward a transfer degree in pre-nursing.

Notable: Played three years of varsity basketball and three years of softball for the Oakers; first-team All-Special District 3 pitcher in 2019; voted Most Inspirational by her teammates for the 2019-20 basketball season; involved with FFA, 4-H and band (flute); was in National Honor Society; salutatorian of class; hopes to become a travel nurse.