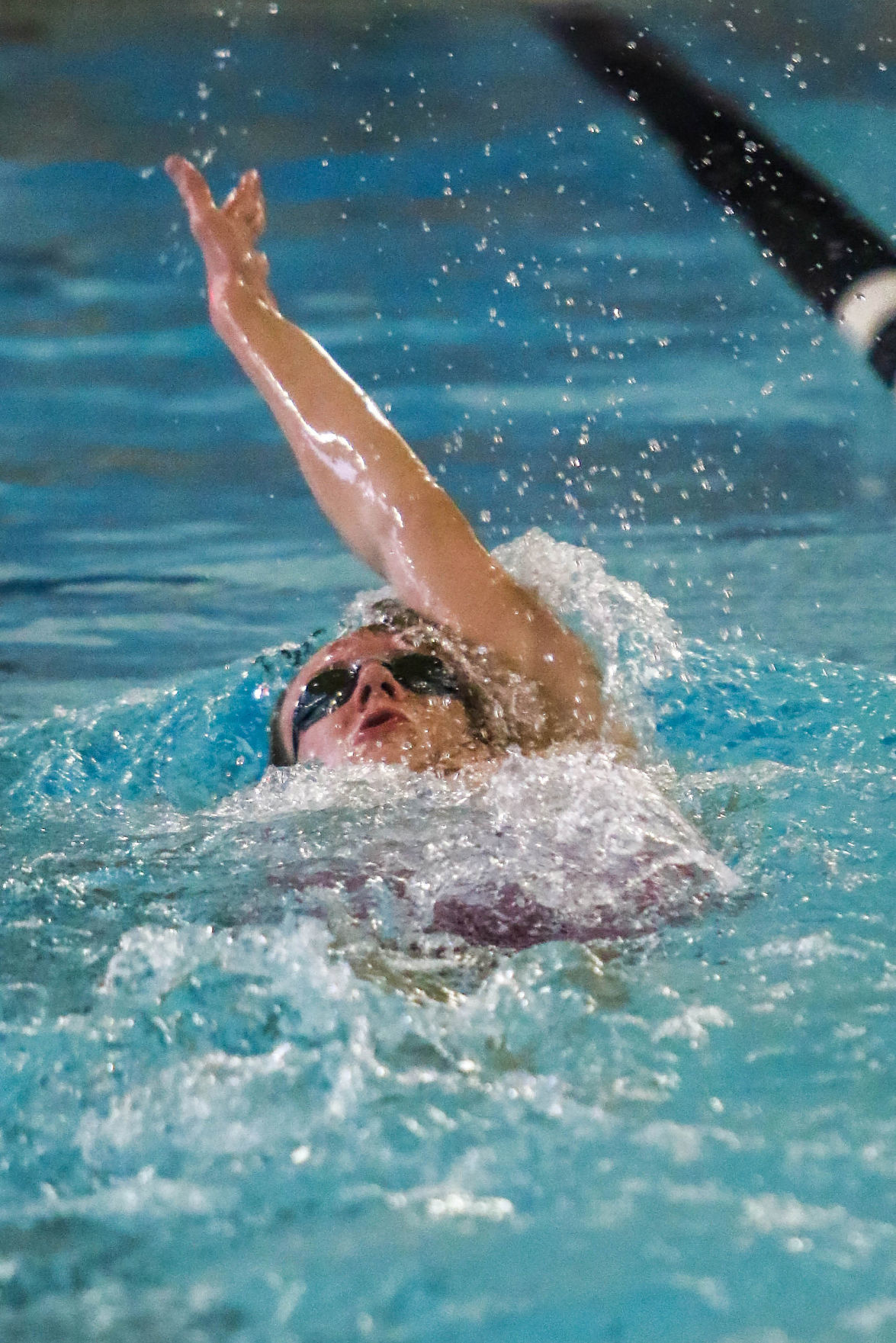 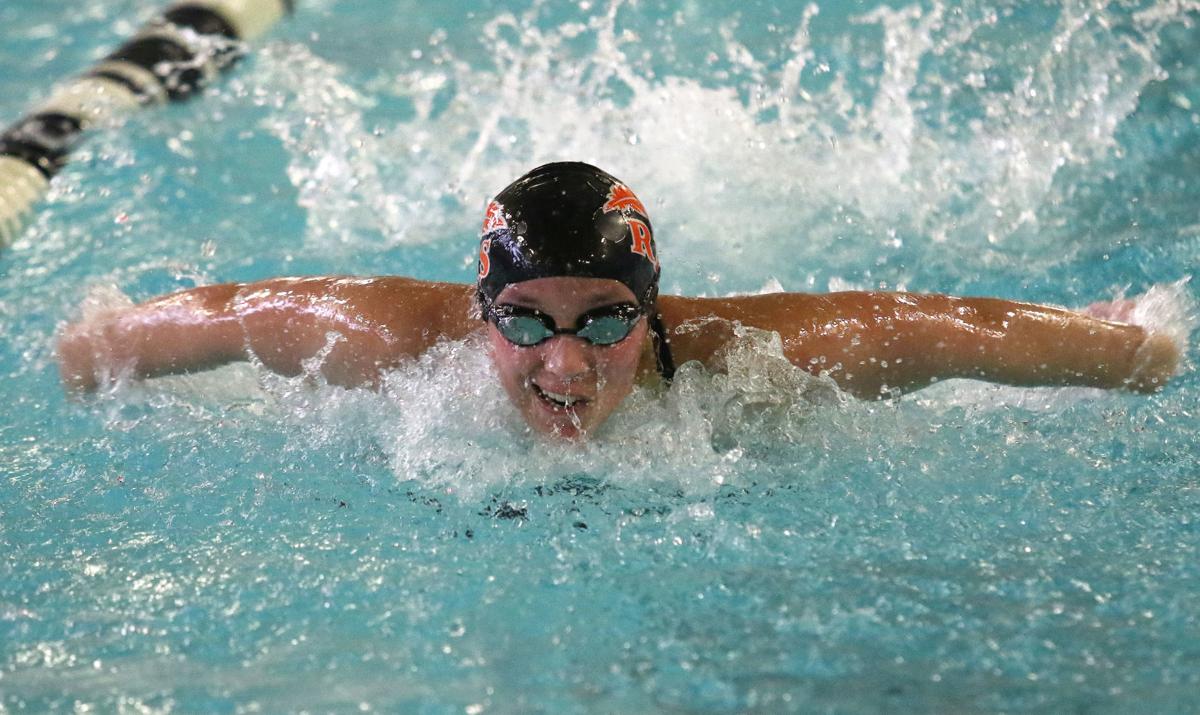 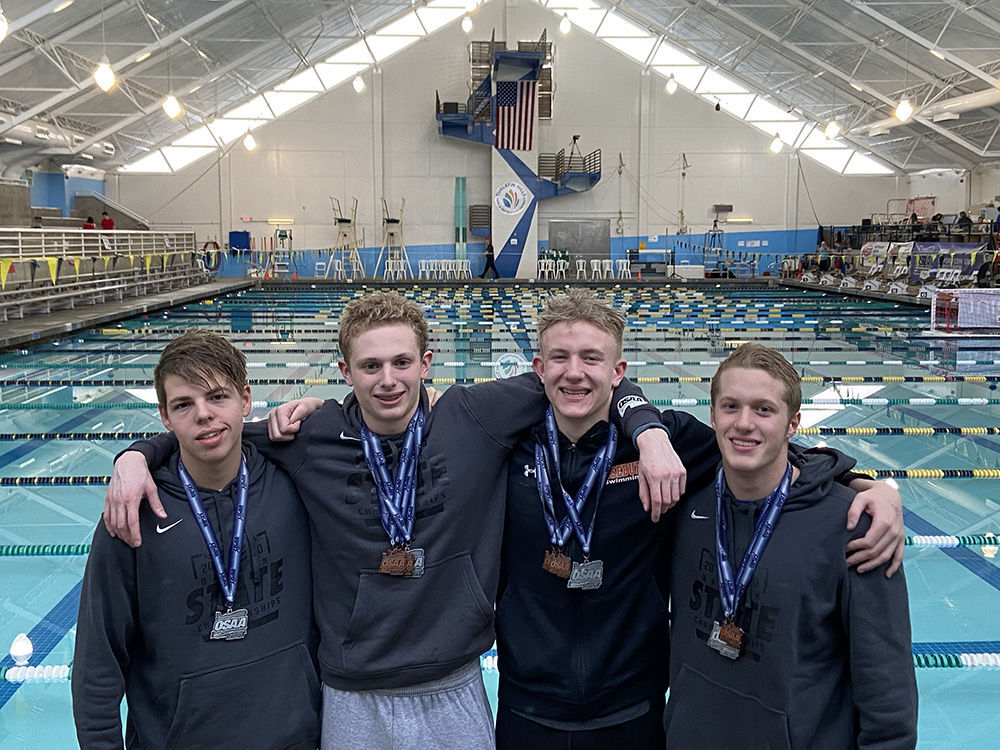 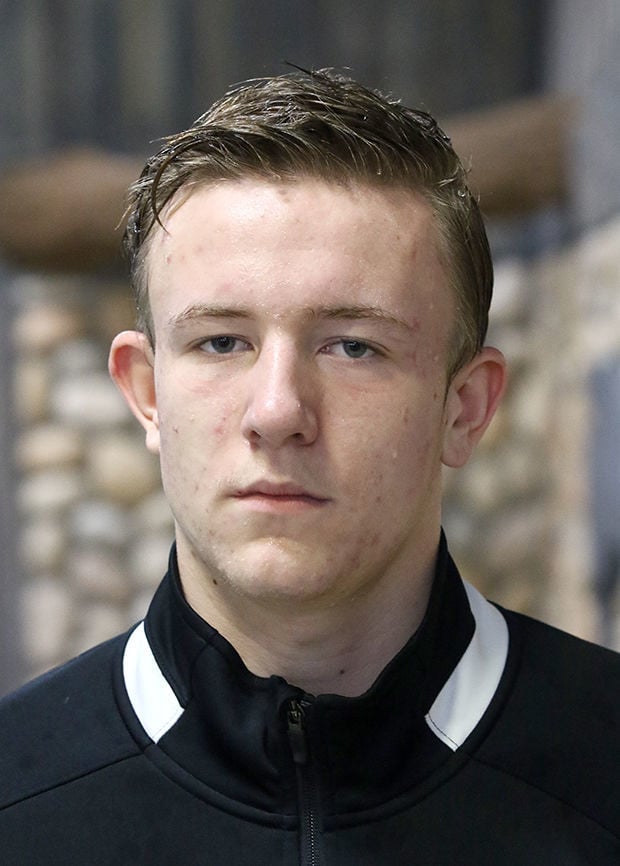 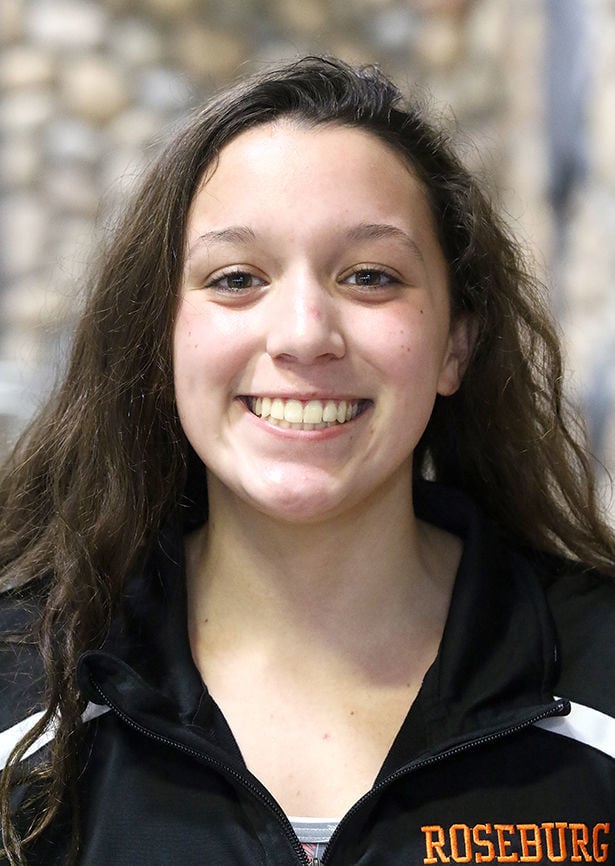 The pair signed with the Lakers, a successful junior college program in Coos Bay.

“I’m looking forward to it. I feel like there’s unfinished business for me in the water and have a lot of work ahead in the future,” Lambert said. “I’m relatively still a new swimmer compared to everyone else, and there’s still a lot of fine tuning I can do with my strokes.”

“I’m excited to swim in college,” Foster said. “It will be a new environment to be in and new training techniques. I feel like I can improve much more.”

Lambert and Foster said they both enjoyed their visit to SWOCC.

“I liked the campus, and loved meeting the team and coach (Sandra Bullock),” Lambert said. “It was so close to home and I wanted to stay in Oregon. All those things factored in my decision.”

“I wasn’t looking anywhere else (to swim) at the time,” Foster added. “It’s close by. I really liked the campus, it’s pretty. I met with some of the team members and they were super nice and really welcoming.”

Lambert, a team captain, was a member of the record-setting 200-yard freestyle relay team for the Roseburg boys last winter. Lambert was joined by Logan Todd, Dominic Colvin and Trevor Knox, and they reset their school record with a time of 1:27.68 in the finals at the Class 6A Championships at Tualatin Hills Aquatic Center in Beaverton.

Roseburg finished second behind McMinnville in the race.

“Breaking the school record was unbelievable,” Lambert said. “We finally got it done, and got it done by over a second which was amazing. The three other guys (Logan Todd, Colvin and Knox), they motivated me and made a lot better.

“It hurt (finishing second), but there was nothing we could do. We swam our hearts out and cut our time. (McMinnville) just outswam us.”

“Our main focus were the relays,” Lambert said.

Lambert, Logan Todd, Colvin and Knox qualified for the YMCA Short Course National Championships in Greensboro, North Carolina, in the 200 free relay and 200 medley relay. The meet was scheduled from March 30 to April 30, but it was canceled due to the coronavirus pandemic.

“That would’ve been our last meet together, so that was disappointing,” Lambert said.

Foster was pleased with her senior season for the Roseburg girls.

She placed in two individual events at the Southwest Conference district meet and was a member of two relays that finished in the top four.

“It was a really great season,” Foster said. “Very memorable. I got some PRs and made a lot of memories for it being my senior year.”

Foster was a member of relay teams during her freshman and junior seasons that qualified for state. The 200 free relay quartet of McKenzie Vogel, Foster, Rickman and Amiya Krueger won the district title in 2017.

Foster plans on concentrating on the 200 free and 500 free in college.

Foster and Lambert are both excellent students. Foster compiled a 3.75 grade point average at RHS, while Lambert finished at 3.36. Foster intends to study exercise science and kinesiology and Lambert is looking at nursing.

“I’m very proud of both of them,” Roseburg head coach Christy Todd said. “Their work ethic in the pool has been amazing and both want it. I think they’ll do very well and flourish (at SWOCC).”

Southwestern Oregon turned in a strong 2019-20 season, with the women finishing third and the men fourth at the NJCAA National Championships in Fort Pierce, Florida.