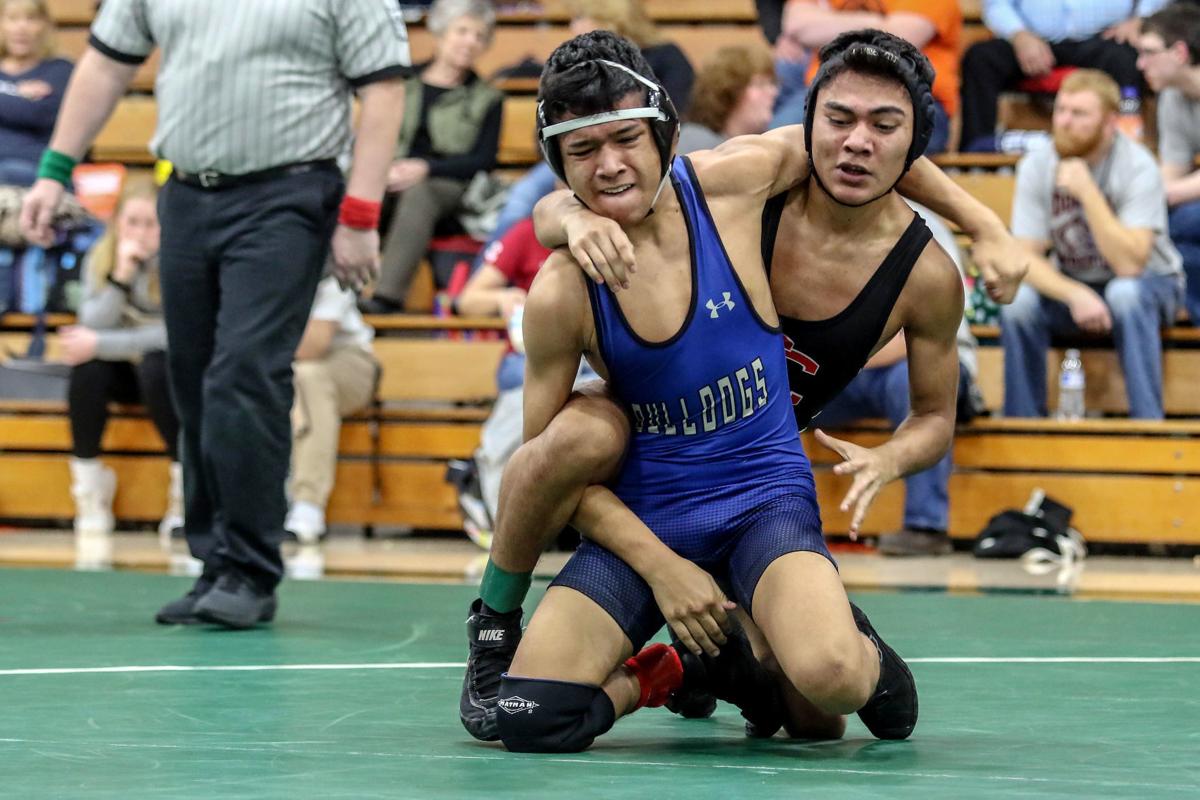 Sutherlin’s Matthew Carrillo, shown wrestling Santiam Christian’s Caleb Perez in the 113-pound title match at the Class 3A Special District 3 tournament, is among the state qualifiers from Douglas County. 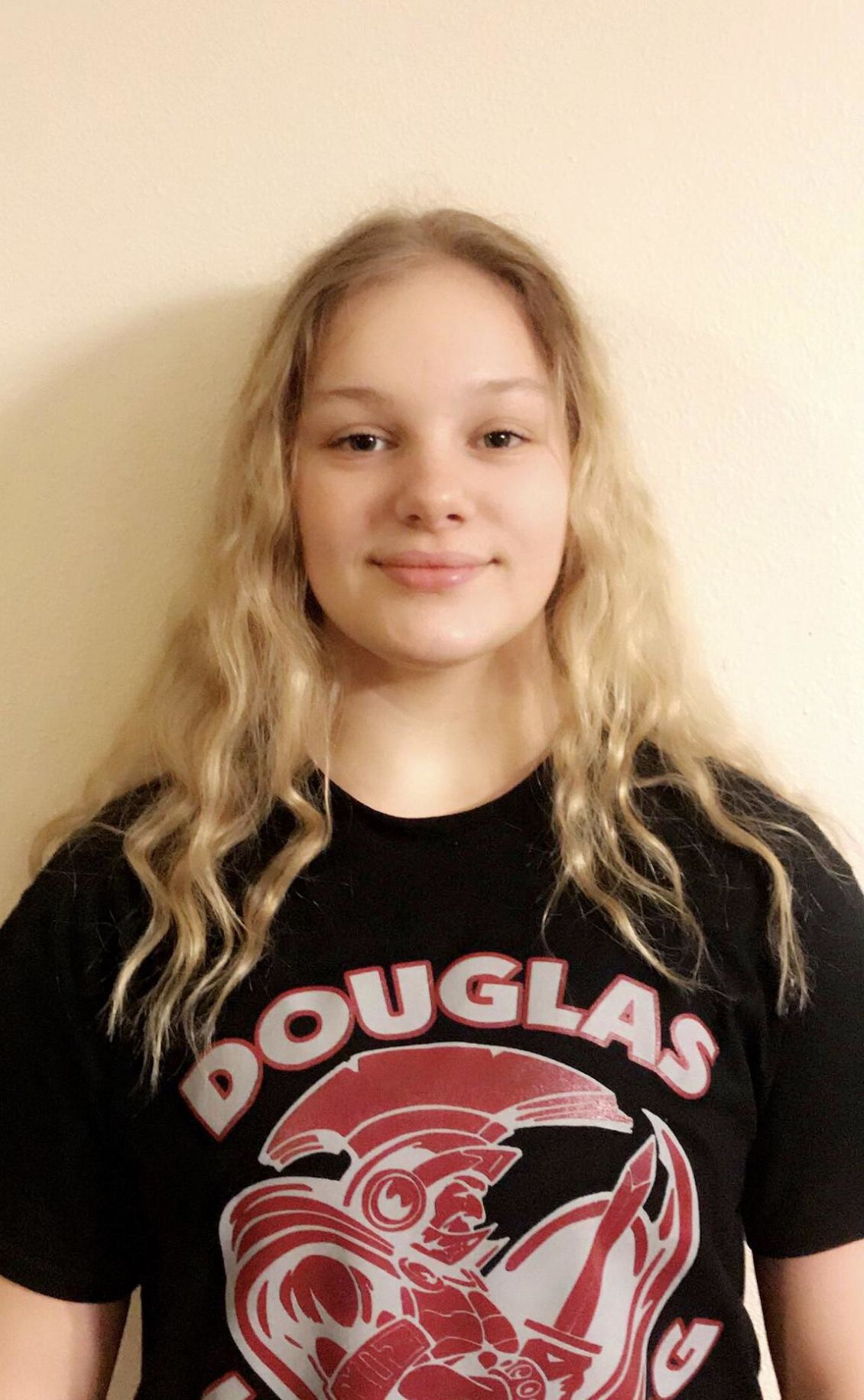 Twelve Douglas County wrestlers will compete in the OSAA Class 3A Championships on Friday and Saturday at Veterans Memorial Coliseum in Portland.

Three county athletes will also take part in the OSAA girls tournament at the same site.

Competing for the Bulldogs are Brenden Bartlett at 106 pounds, Matthew Carrillo at 113, Kyler Wells at 152, Christian Anderson at 182 and Trent Olsen at 220. Wells and Anderson won district titles.

Wells and Anderson are No. 3 seeds, while Hill is seeded No. 4. Each weight class has nine-man brackets, with the top four placing.

The wrestlers have two-week gaps between their district tournaments and state.

“We’re healthy. The kids are pretty excited and ready to go,” Sutherlin coach Jon Martz said. “The layoff was good because we got to work more individually with the wrestlers (in practice) last week. All these kids (at state) are tough and we’ll have to wrestle well in our quarterfinal matches.”

“Dale has some of the best work ethic I’ve seen, but not a lot of wrestling knowledge,” Cole said. “Andrew (Hill) can do well. He has the No. 1 seed (Samuel Irwin of Nyssa) on his side of the bracket, but he’s a tough kid and pushes himself hard and can beat anyone in front of him at any given time.

“I’m excited to see what those four are going to do.”

“Our kids could go two-and-out or make the finals. I think there are four-five kids (in each bracket) who can win the whole thing,” Douglas coach Randy Gunn said. “We’ll have to wrestle fantastic.”

Qualifying were Yesenia Velazquez of Reedsport (125), Zoey Smalley of Douglas (170) and Tayla Swearingen of North Douglas/Elkton (235).

Douglas County School Garden Hub
Umpqua Watersheds: Knowledge is power, if we let it be