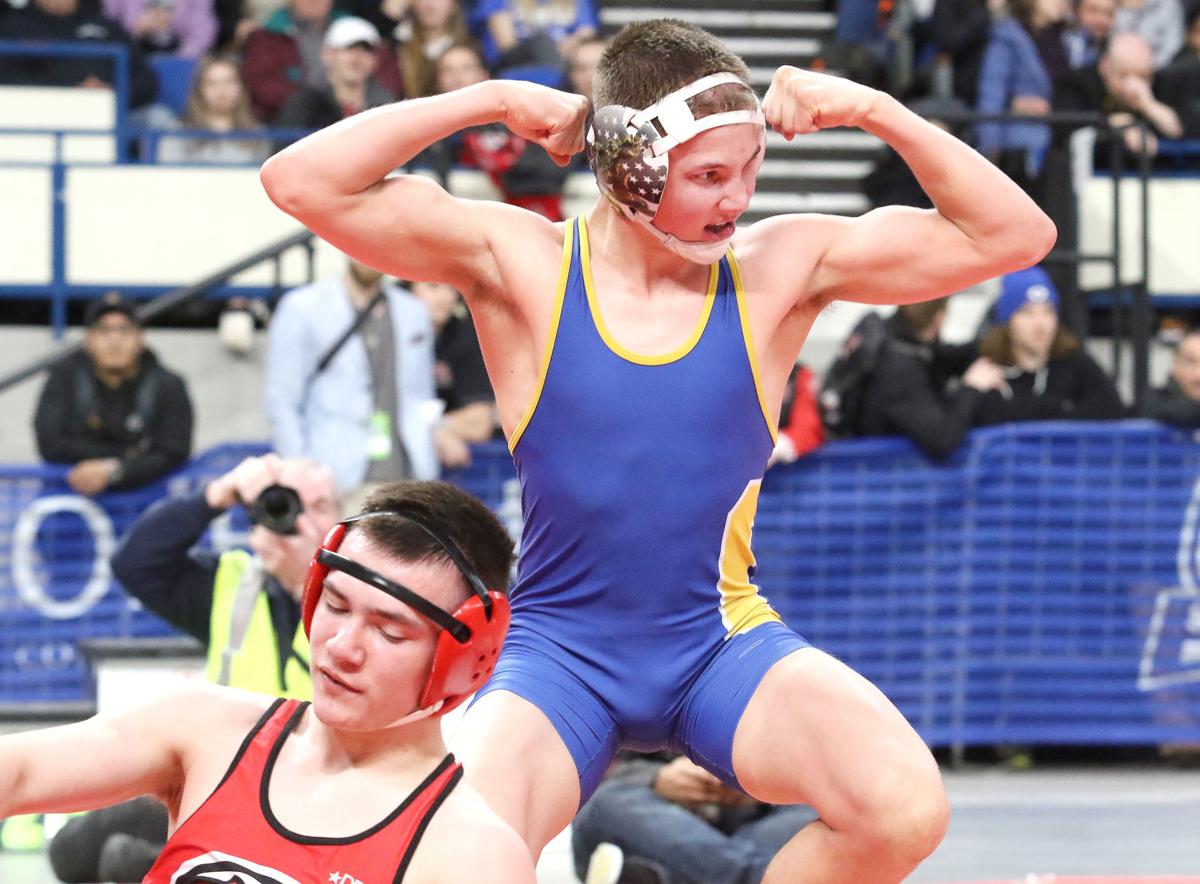 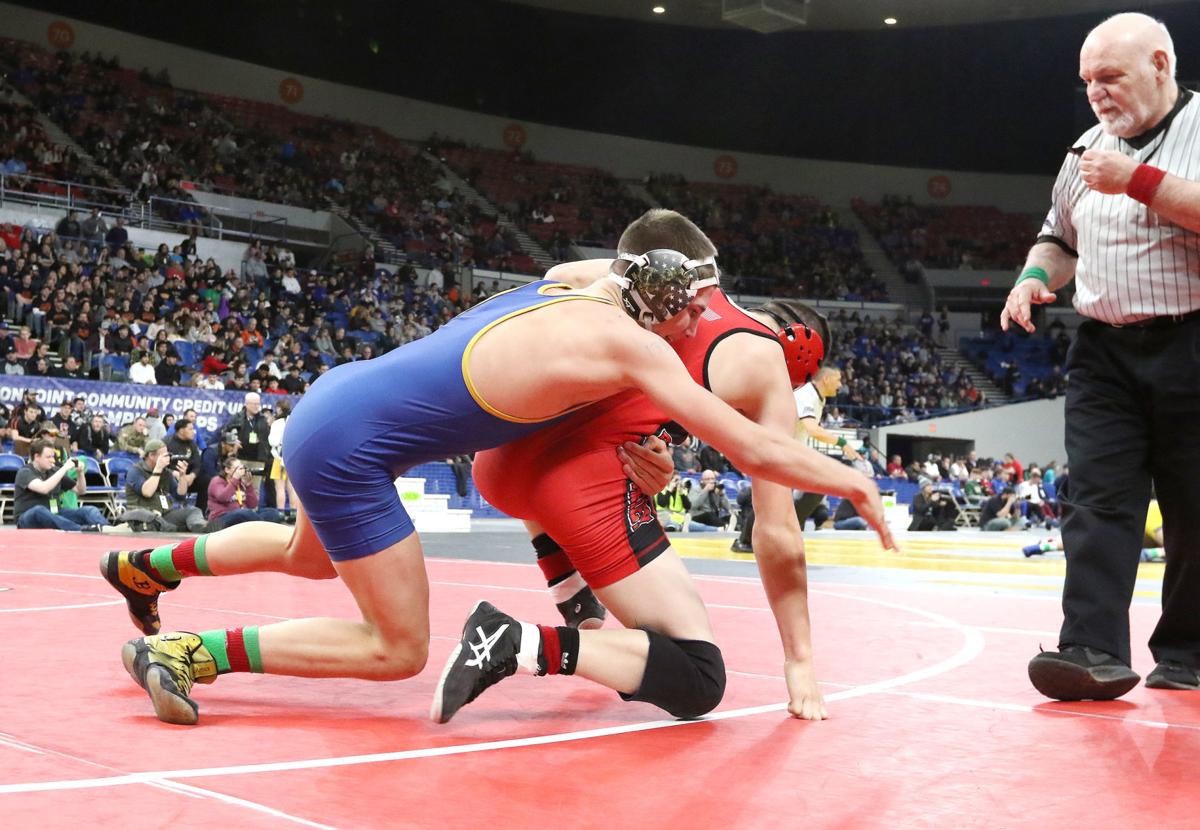 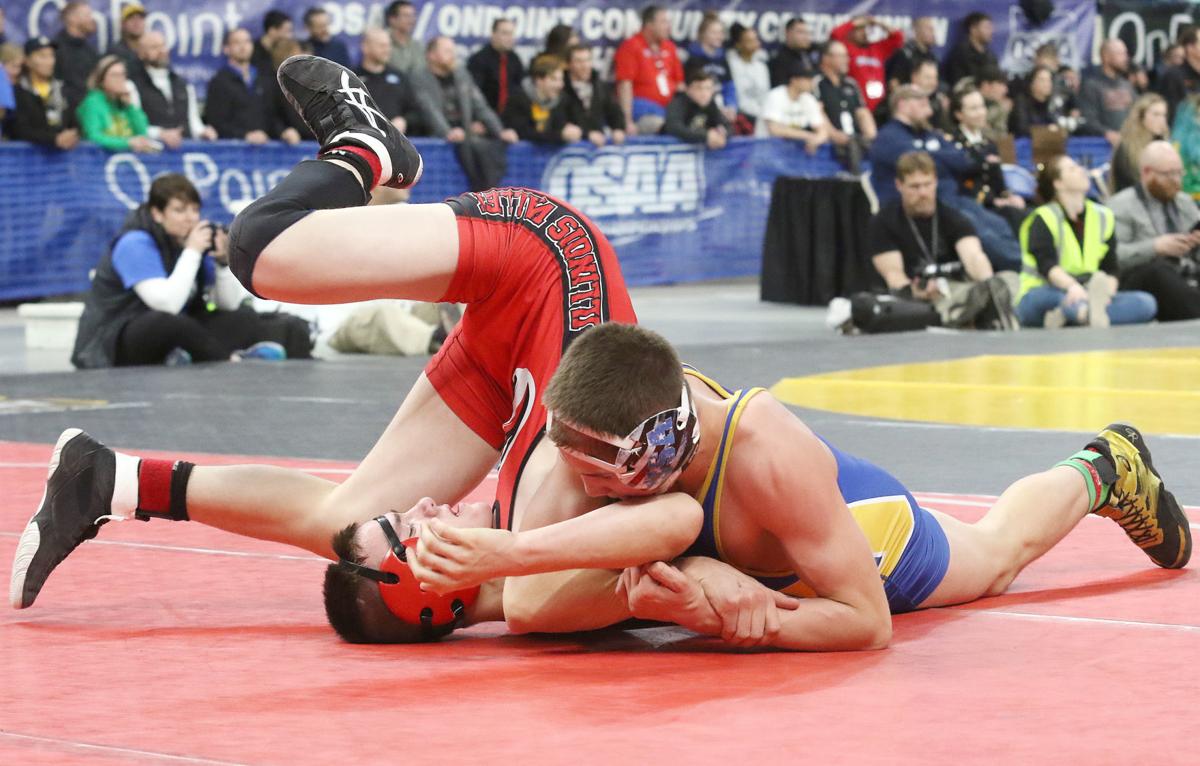 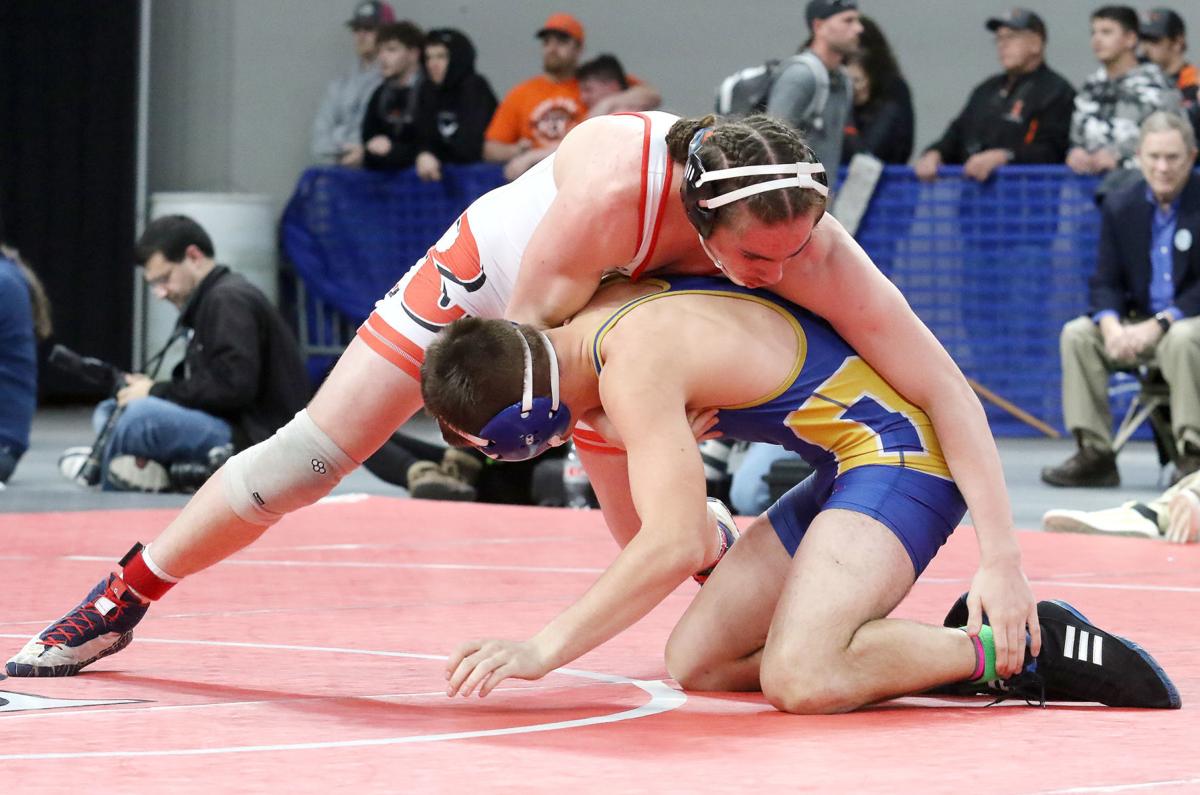 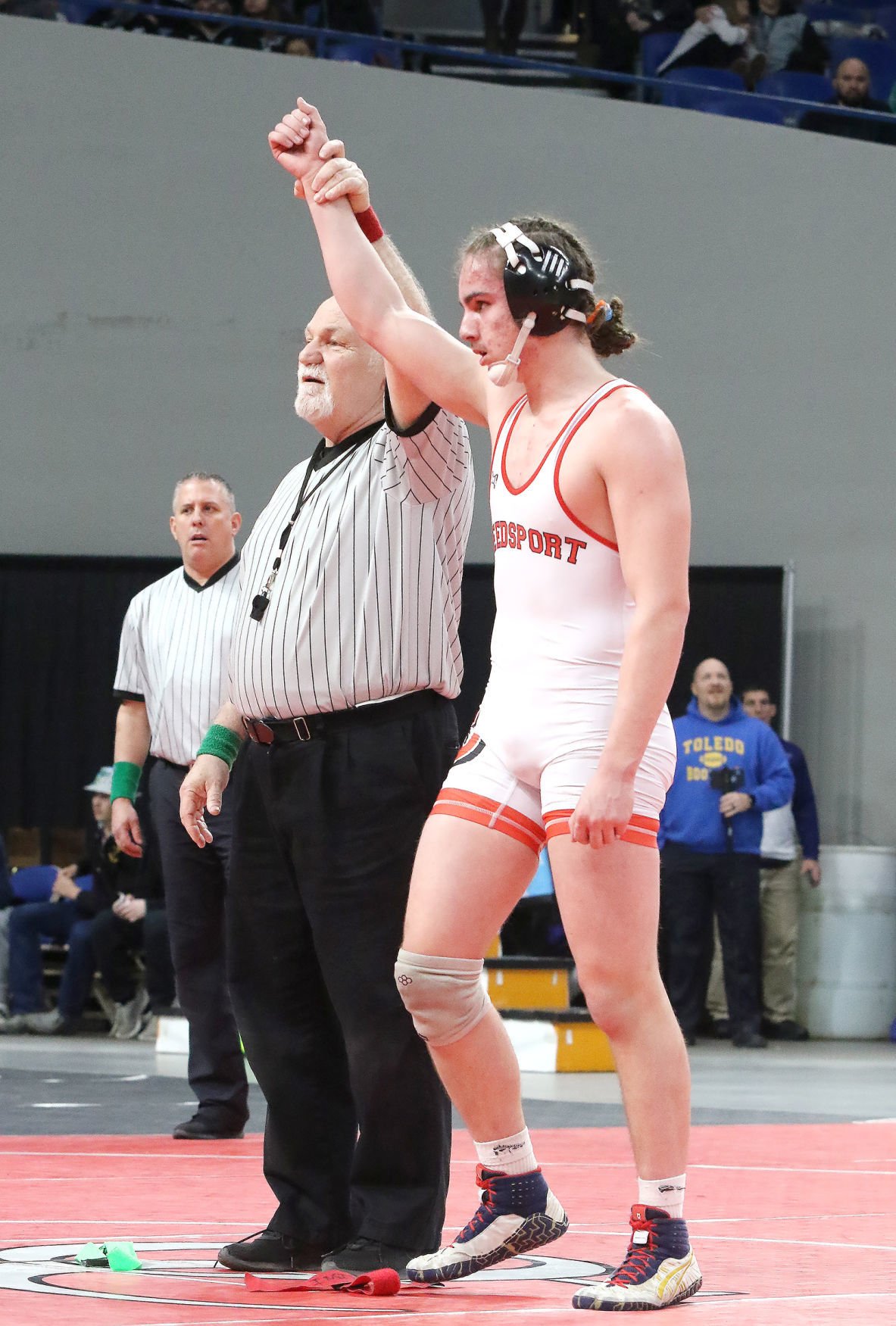 PORTLAND — Kaleb Oliver did it — and his Oakland Oakers teammates came oh so close.

“I’m just tickled with these guys,” Oakland coach Ian Patt said. “They all brought their ‘A’ game and wrestled a good tournament.”

The Oakers, with only four wrestlers in the event, came up just short of their goal for a team trophy, finishing sixth after, at one point, being tied for third during the finals. Oakland finished with 69 points, only four points from a top-four finish.

“To go from zero state qualifiers to being in the thick of things in the team competition is just great,” Patt said.

Oliver, a sophomore, was cruising on his way to the championship at 132 pounds, but couldn’t quite get Illinois Valley’s Ryan Martinho’s shoulders stuck to the mat.

With just over a minute left in the third round and with at least a technical fall in his pocket — leading 18-3 pending near-fall points — Oliver final got the pin, his 39th of the season.

“I hadn’t really seen him, so I didn’t know a whole lot about him,” said Oliver, who led 5-0 after the first round. “The goal was to get a lot of points, but I still really wanted the pin.”

Oliver’s victory pushed Oakland into a tie with Pine Eagle for third place in the team scoring at the end of that match.

Senior Austin VanHouten wasn’t as fortunate in his 170-pound title match. Reedsport’s Miguel Velazquez, who VanHouten pinned to win the Class 2A/1A Special District 2 championship, dominated from the start, rolling to a 14-3 major decision victory which also secured the state team championship for the Brave.

Wil Powell (195) recovered from a quickly whistled first-round pin in his championship semifinal match to win a pair of consolation matches and claim third place.

Powell pinned Adrian’s Toby Clow in the consolation semifinals, then rallied from a 3-2 deficit in the third round, using a buzzer-beating takedown to score a 5-3 decision over North Lake’s Dalton Puckett.

Aaron Solomon (106 pounds), Elijah Carson (120) and Velazquez all earned titles for the Brave.

Solomon’s twin brother Adam also placed fourth at 120, while older brother Christian Solomon (126) was third. It is believed to be the first time in the history of the state tournament that three brothers have all placed while competing in the same year.

Riddle also had a wrestler hit the podium as senior heavyweight Shawn Scott recovered from a championship semifinal loss by pin to top-seeded Drew Lusco of Grant Union and wrestled his way to third place.

Oakland junior Brayden Tackett (182) missed out on a medal, getting pinned by second-seeded Seth Butler of Pine Eagle in the championship semifinals and suffered a second-round pin at the hands of Grant Union’s Russell Hodge in the consolation semis.

Simmons reached the championship semifinals but suffered a third-round pin against Harrisburg’s Chandler Strauss, who also beat Simmons for the Class 3A Special District 3 championship.

Douglas senior Jesse Brecht took fourth at 220 pounds, winning a pair of consolation matches — and eliminating Sutherlin’s Trent Olsen in the process — before suffering a pin to Daniel Underwood of LaPine in the consolation final.

Sutherlin’s Christian Anderson (182) worked his way to the championship semis before getting pinned with one second left in the first round against Rainier’s Korbin Howell, then was eliminated in the consolation semis in a 7-4 loss to Luke Mehlschau of Santiam Christian.

The Lancers’ Andrew Hill, pinned by top-seeded Samuel Irwin of Warrenton in the championship semis, was erased by a pin in his first consolation match against Dayton’s Leonel Rosas.

What has happened to Glide's wrestling program? Only a couple years ago they were perennial state champions.