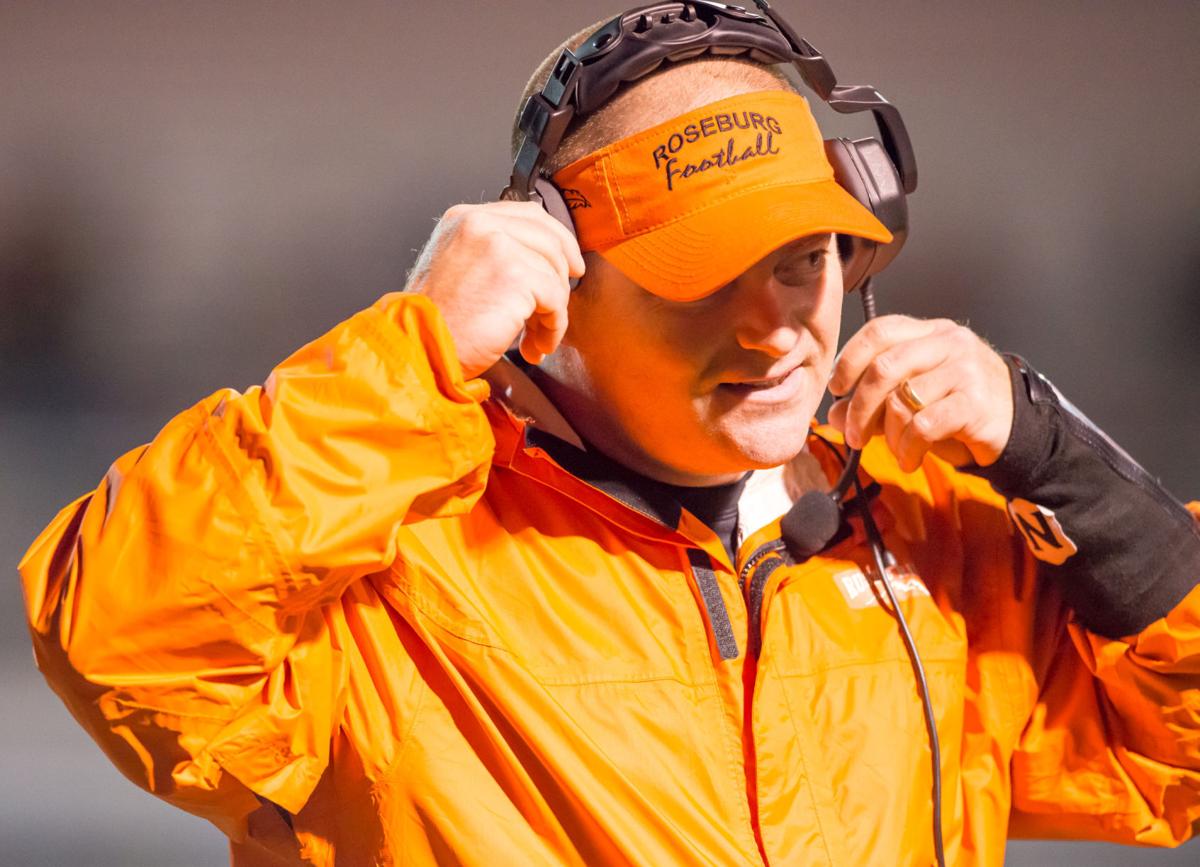 Roseburg football coach Dave Heuberger adjusts his headset during a game at Finlay Field during the 2016 season. Heuberger had seen as many as 80 athletes attending monitored voluntary workouts this month. The high school, however, has discontinued workouts at the school after the district decided to begin the school year with online only classes. 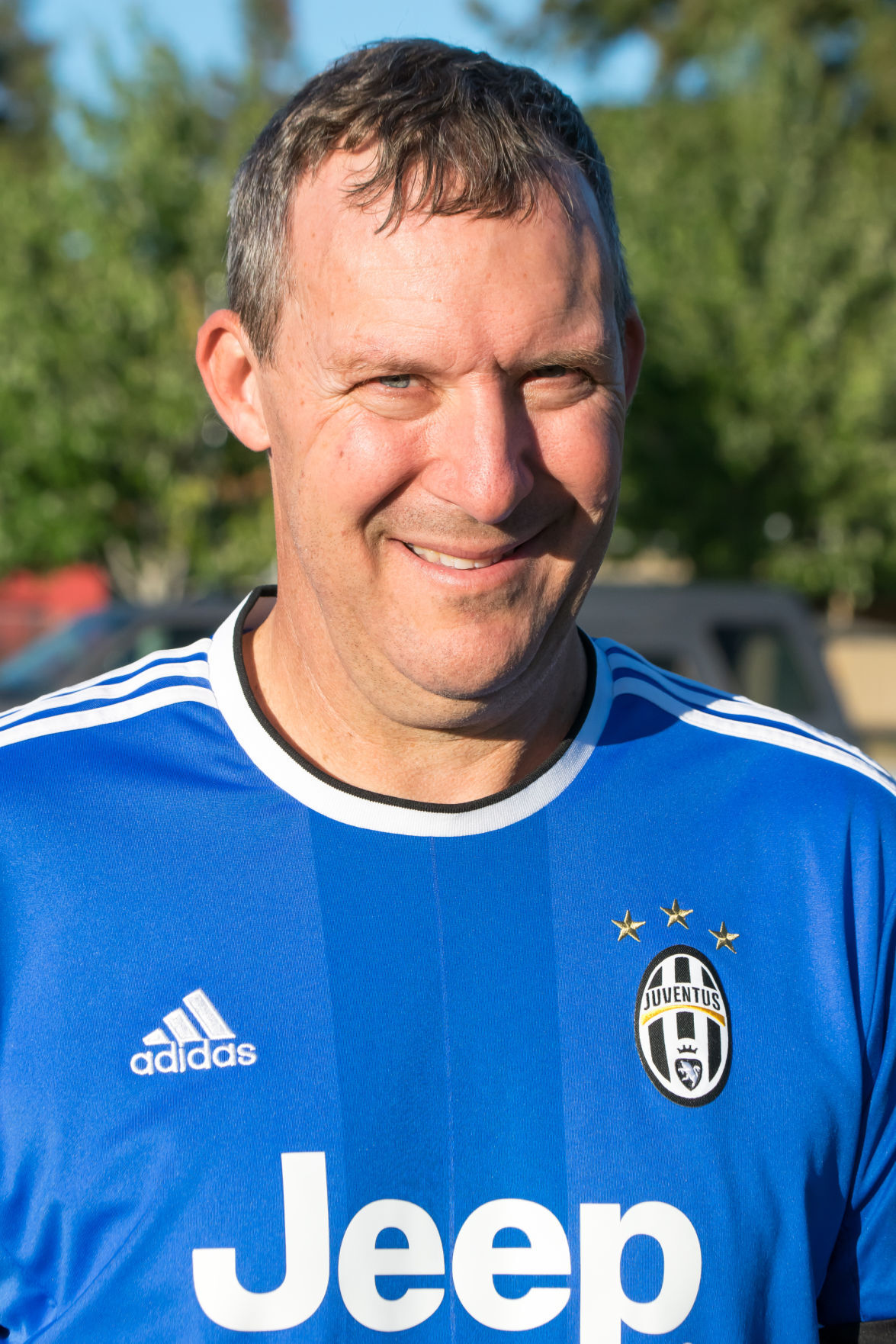 After the most recent rounds of guidelines and recommendations from Gov. Kate Brown and the Oregon Health Authority, Roseburg High School has announced that all summer athletic workouts have been suspended indefinitely.

Roseburg Athletic Director Russ Bolin sent a notice to families of student-athletes earlier this week. In his email, Bolin told parents the decision was made in conjunction with Roseburg Public Schools’ announcement that students will begin the 2020-21 school year with comprehensive remote learning.

“With us starting school online and not having kids on campus and things, we thought that was the most prudent thing to do, was to suspend those workouts until further notice,” Bolin said.

Roseburg high sports teams had been holding voluntary summer workouts since July 1. The workouts were being done in accordance with local and state public health regulations. Coaches were monitoring symptoms, running socially distanced workouts and limiting the number of interactions between groups of players.

“It was very difficult to run these summer sessions with the social distancing in effect,” Roseburg boys soccer coach Jim Giraudo said. “We had to focus more on individual skills and fitness.”

Giraudo said those elements are important, but the workouts lacked the chemistry building elements that are critical to team sports.

RHS football coach Dave Heuberger said he had been seeing a large turnout for football workouts, upward of 80 athletes spent at least some time at the evening sessions.

Like soccer, the football workouts focused mainly on individual drills and fitness, but Heuberger said the chance for student-athletes to be active provided something positive.

“We’ve seen the amount of kids hungry to be a part of something, it’s never been greater,” Hueberger said. “We’re probably ahead of where we would normally be.”

The Oregon School Activities Association is expected to have further guidelines for the fall sports season next week. Bolin said it’s difficult to know what each round of updates will bring, but his gut is telling him “that things will be delayed throughout the course of the year.”

“We will have seasons eventually and we’ll get back to competing,” Bolin said. “It’s not going to look the same as it has in years past, but I think the main thing is to get kids together and get them back on the field and courts and band room and the choir room and get them competing as soon as we possibly can, but we have to do it in a safe manner too.”

Bolin, Heuberger and Giraudo all said it has been difficult not having a sense of what is to come.

“It’s difficult, but it’s the reality that we’re in. We don’t dictate the timeline,” said Bolin.

“Logistically, I’m just proceeding as if we’re going to play, because that’s all I can do,” Giraudo said.

The coaches have said they’ll continue to stay in contact with their players and provide limited workouts that can be done from home.

And as for when we’ll see competitions going on at local high schools again? Bolin has what he hopes is the simple answer.

“As soon as we get kids on campus and attending class in person, then we’ll be able to start up sports,” he said.

If you want to get the kids back on the field, why don't you ask our Douglas County Commissioners to ask the Governor to re-shut down bars and in-dining restaurants like has already been done in many other states? After all, what's the priority, re-opening schools or keeping bars and restaurants open?