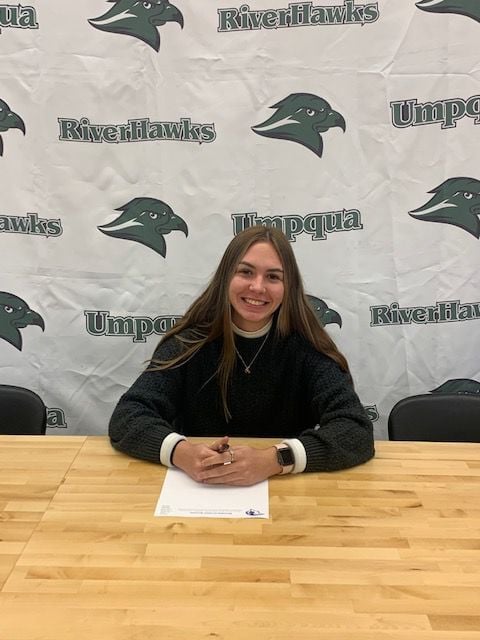 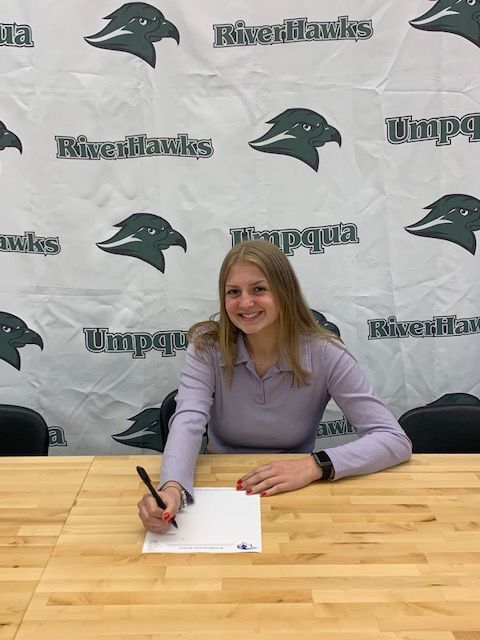 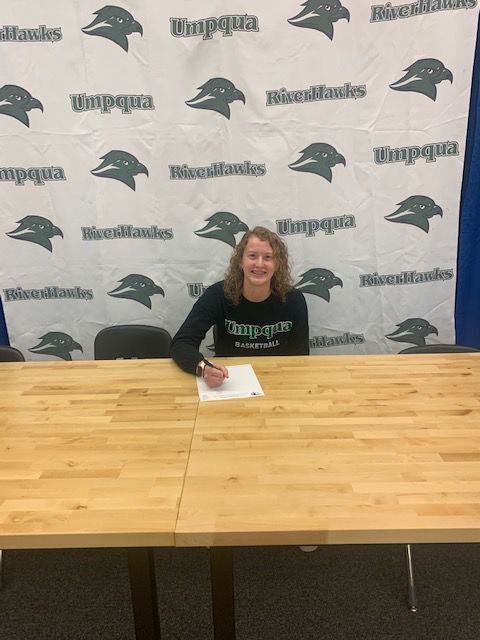 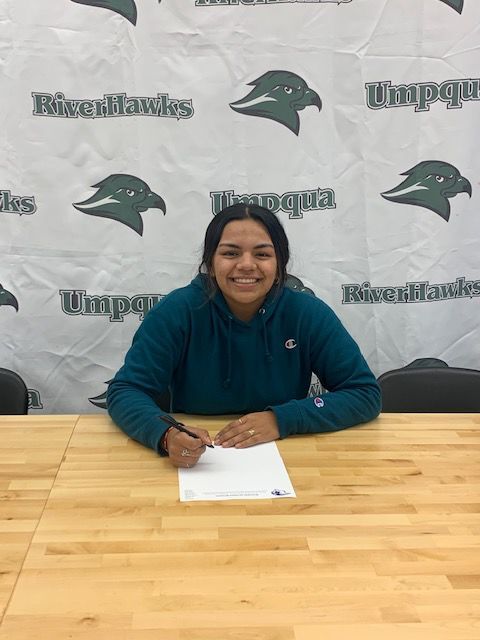 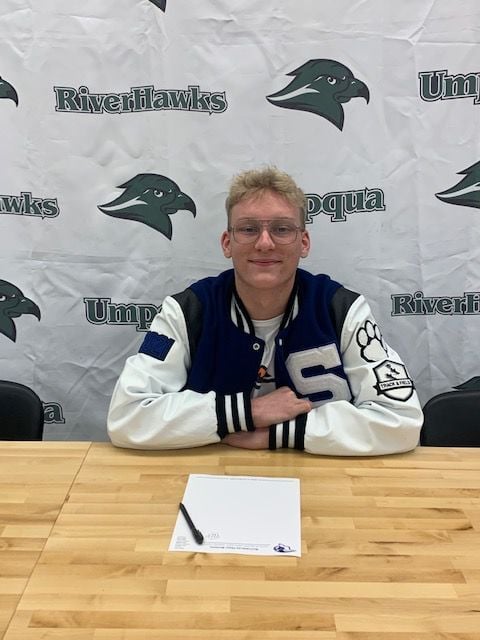 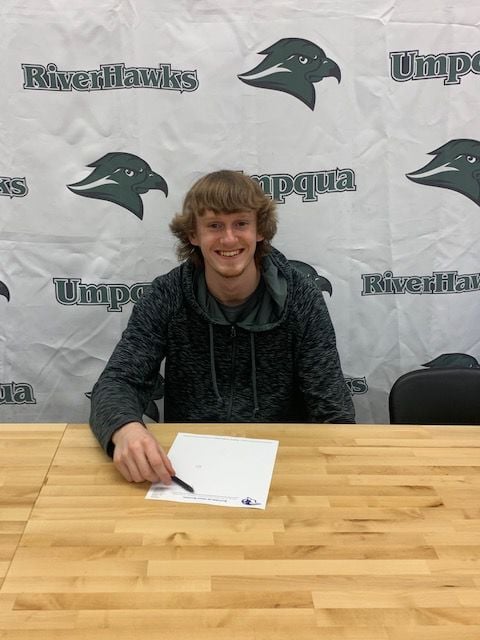 SUTHERLIN — In a bad news year thanks to the coronavirus pandemic, Sutherlin High School provided some good news on Tuesday afternoon.

The school announced six student-athletes have signed with Umpqua Community College for the 2021-22 year.

The 5-foot-6 Vermillion, a three-sport standout for the Bulldogs, carries a 3.92 grade-point average.

The fleet-footed guard was voted the MVP of the Class 3A Far West League in basketball as a junior and was selected first-team all-state, helping Sutherlin to a runner-up finish in the state tournament. The Bulldogs (25-3) lost to Clatskanie 51-40 in the title game.

“It’s really exciting that I get to pursue both sports that I really love,” Vermillion said. “I feel very privileged to have the opportunity. UCC was one of the very few colleges I was able to do both sports and do the major (nursing) I want to do.”

To date, Vermillion has missed three prep sports seasons due to the pandemic — track (2020), soccer (2020) and basketball (2020-21). She hopes to get in some form of season for each sport before she graduates from Sutherlin in June.

“You have to try and find positives with everything right now,” she said. “We lost seasons, but I’ve also been able to put in a lot of personal work outside of those seasons and that’s a plus.”

The 6-1 Dickover, who owns a perfect 4.0 GPA, is in her second year at Sutherlin after transferring from Douglas. She’s pumped about becoming a member of Dave Stricklin’s UCC program.

Despite not being near 100 percent due to some nagging injuries, Dickover turned in a solid junior season for the Bulldogs with averages of 12.2 points, 9 rebounds and 3 blocked shots. She made second-team all-league and received honorable mention all-state.

“It’s definitely a load off the shoulders and a little bit of a relief, knowing what the future holds,” Dickover said. “It’s super exciting (committing to UCC). Growing up and watching them ... kind of the hometown kid getting to go there and play and have a good time.

“I’m really looking forward to being able to finish out my high school career and getting to play with my teammates. I’m feeling great (physically).”

The 5-6 Summers, a 3.85 student, will join the UCC start-up women’s soccer program that will begin play in the fall of 2021. Whitney Pitalo and Sam Adelman are the co-head coaches of the Riverhawks.

Summers was a first-team all-Special District 4 selection as a junior in 2019.

“The biggest factor (in choosing UCC) was it’s close and I can still be with my family,” Summers said. “I didn’t want to leave, honestly. It’s really a good place to start out and be confident.

“I know it’s going to be really fun, being a new program for UCC. I picked up club soccer (during the fall) and worked with Whitney.”

Wolfe, who stands 5-11, carries a 3.90 GPA. He had a solid sophomore track season for the Bulldogs in 2019, qualifying for the state meet in the pole vault and finishing ninth. He also ran cross country, placing 23rd at district.

“It was a struggle over the past year and a half to find the college I want,” Wolfe said. “But just recently it seemed easy, I guess. UCC was the right choice. I know my coach (Alan King) pretty well. He’s been helping me out ever since I started pole vaulting.”

“I’ve worked with that coach (King) for many years and I really appreciate everything he’s done, so I thought I should go there for him,” Sorenson said. “I’ll be focusing on the pole vault, and whatever else they tell me to do.”

The 5-4 Ramirez-Reyes, a 3.31 student, will join Craig Jackson’s UCC wrestling program that enjoyed a banner season in 2019-20. She plans to wrestle at 142 pounds, but may drop to a lower weight.

“It’s such a big relief off my shoulders,” Ramirez-Reyes said. “It’s always been in my best interests to go to UCC. They have a great (wrestling) program and I’m going there to get my associate degree.”