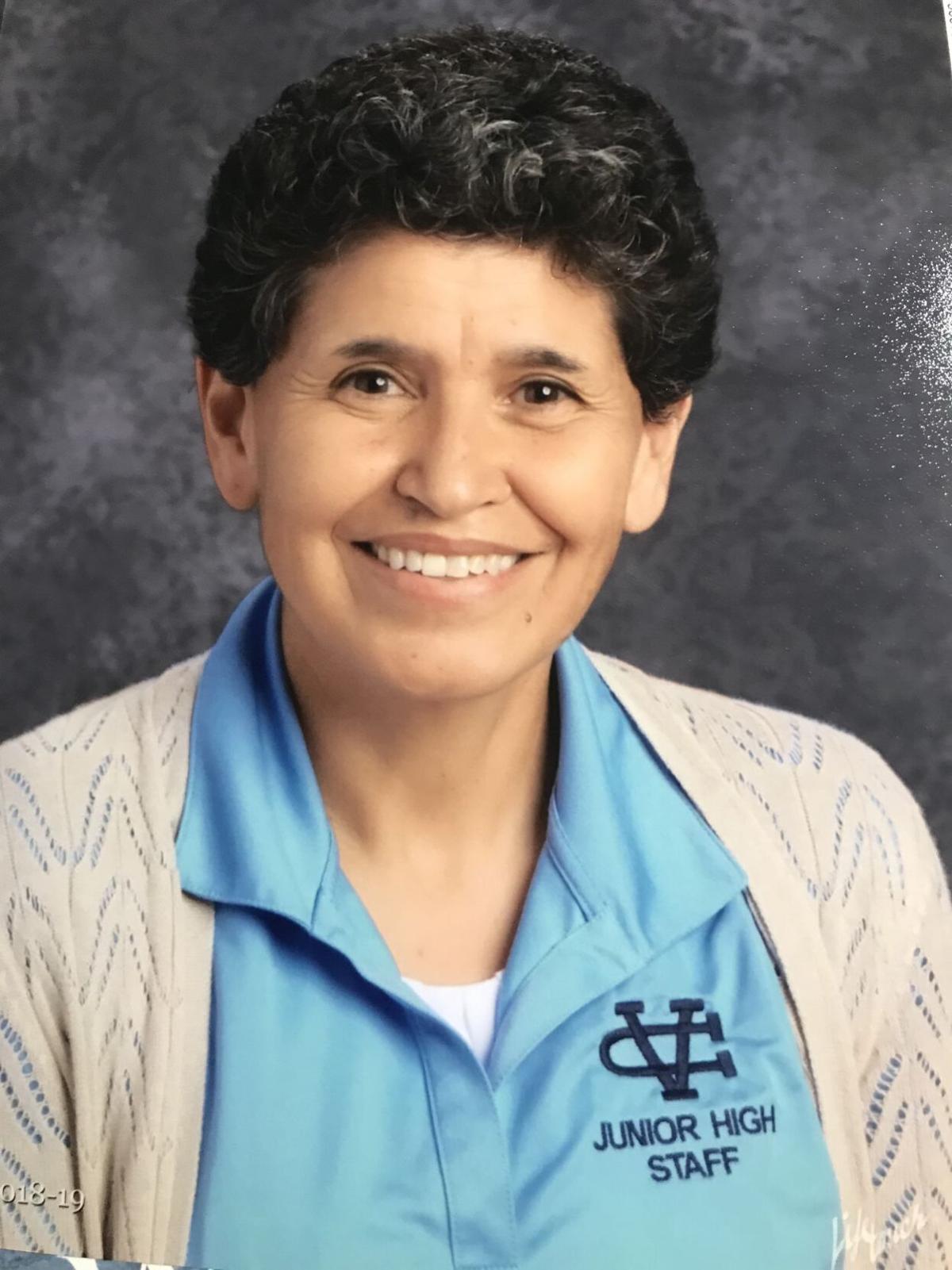 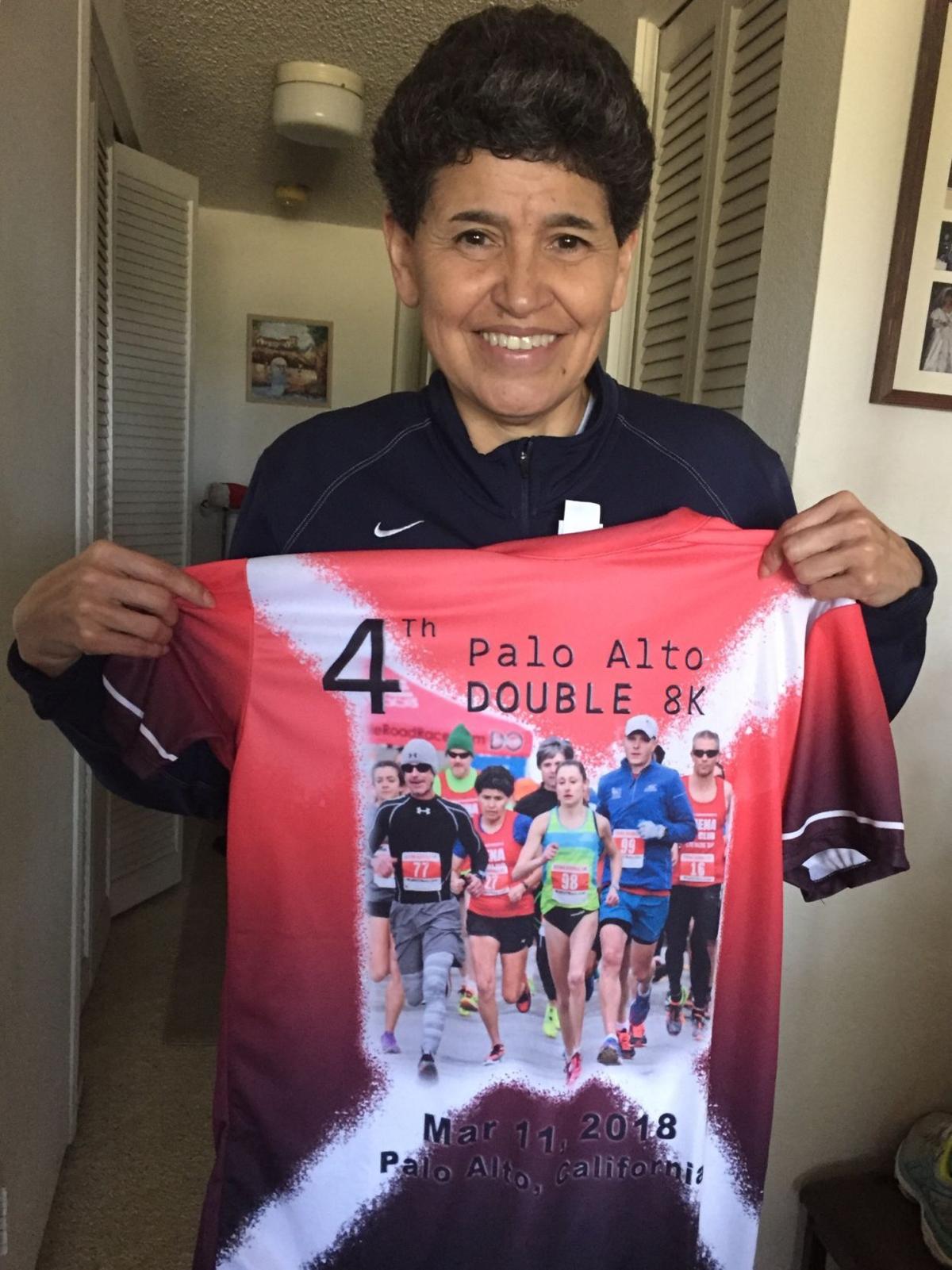 Rosa Gutierrez has continued running since what she considered her last competitive race, the 2004 U.S. Olympic marathon trials. 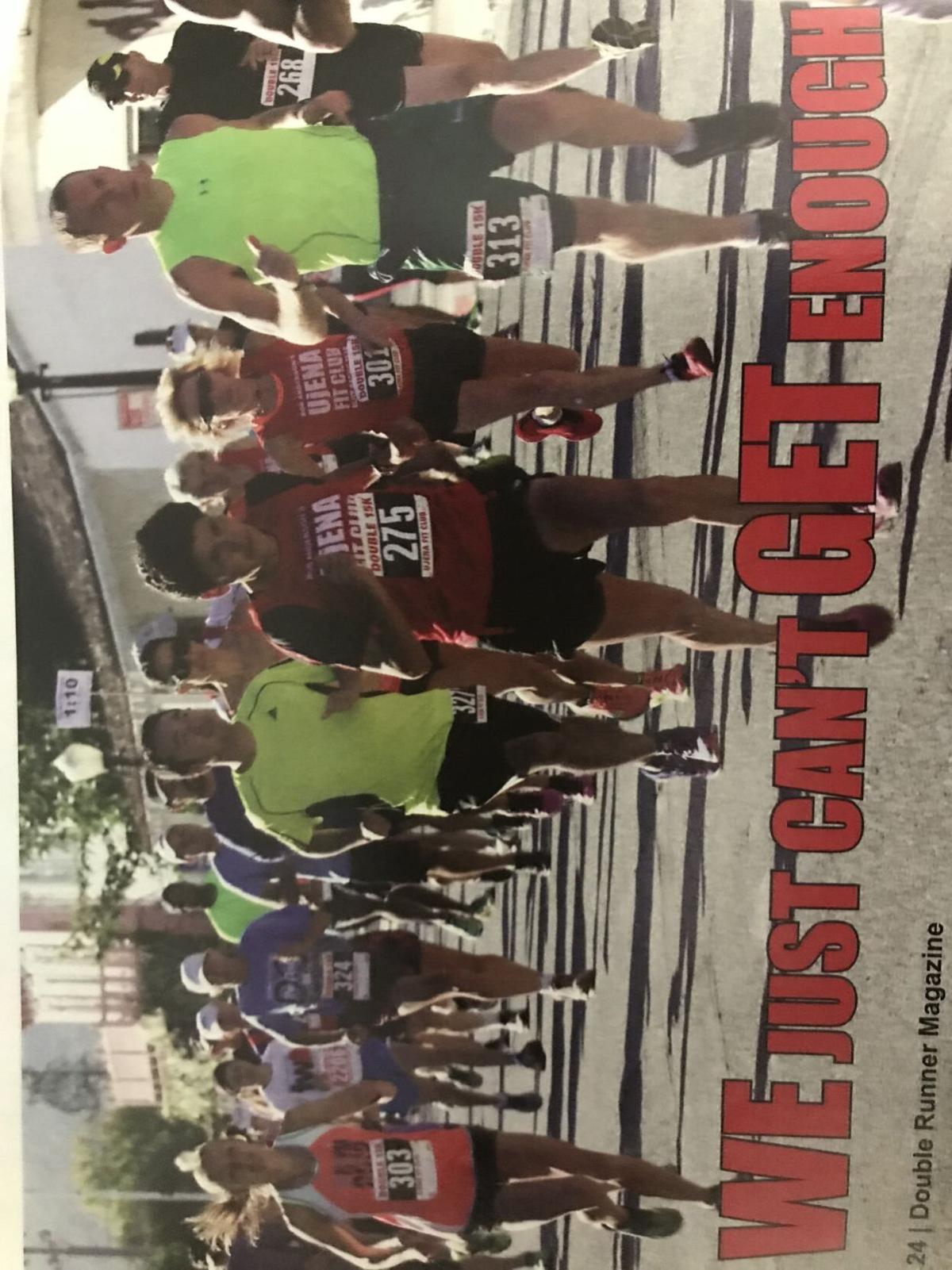 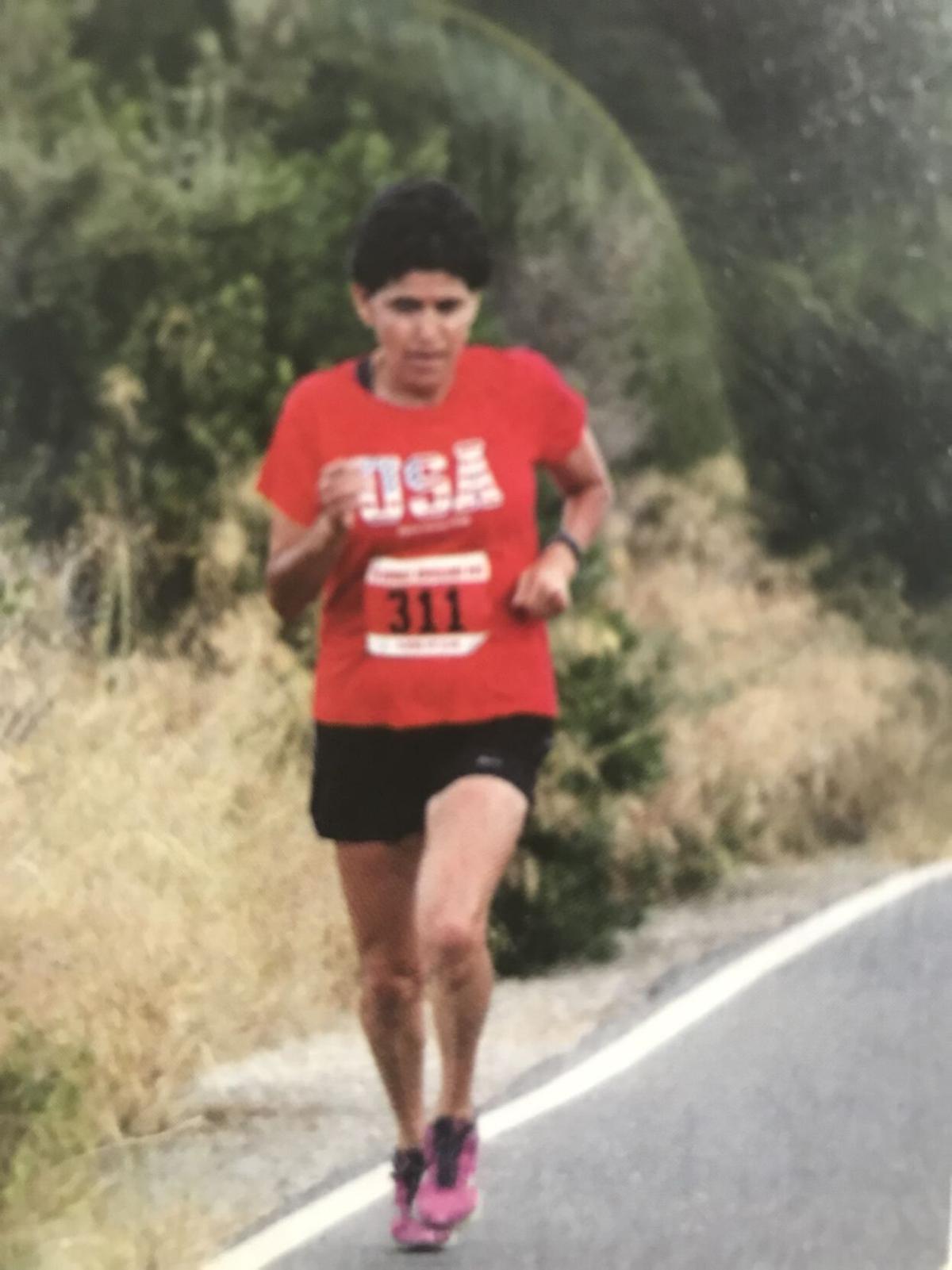 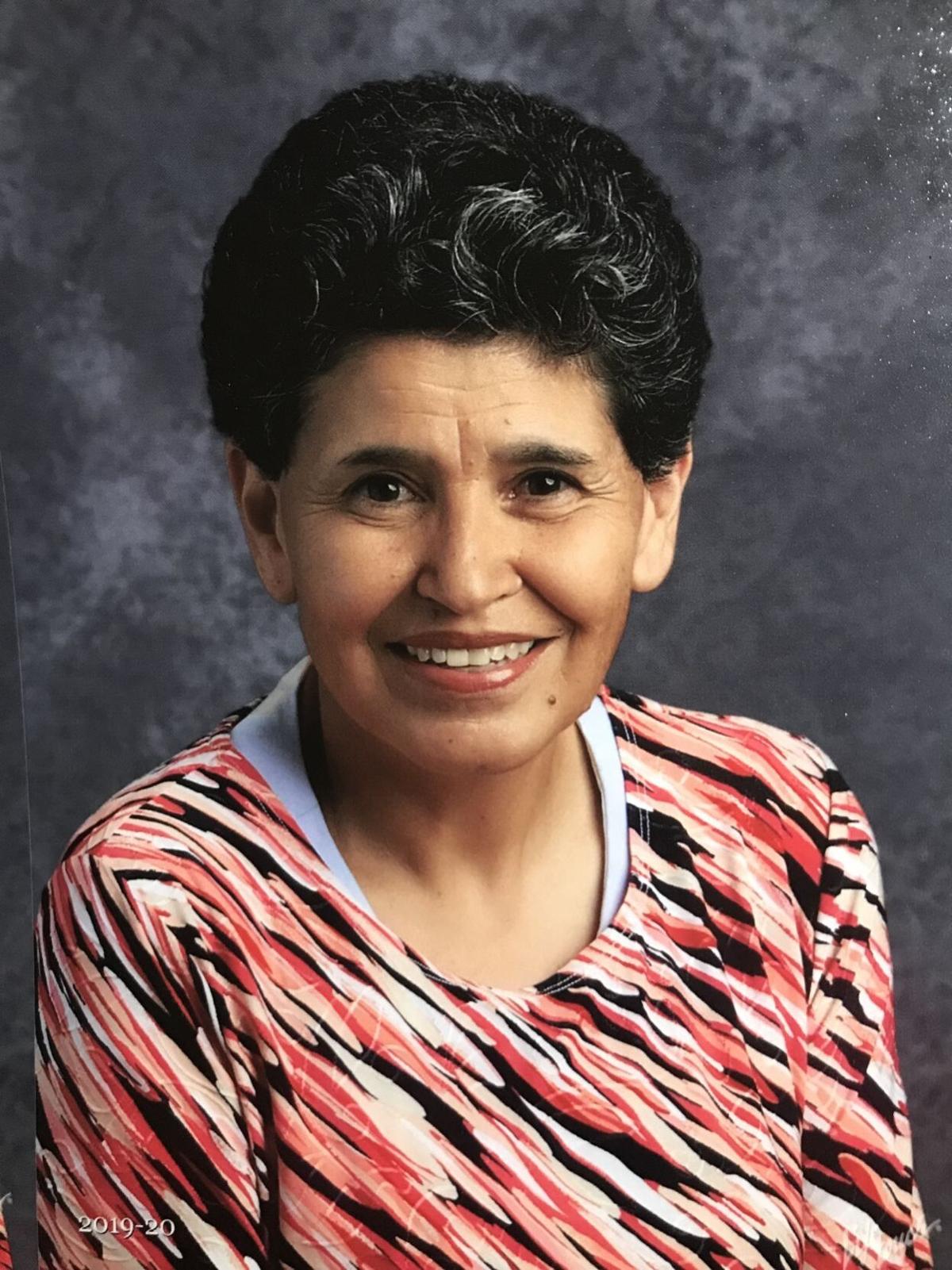 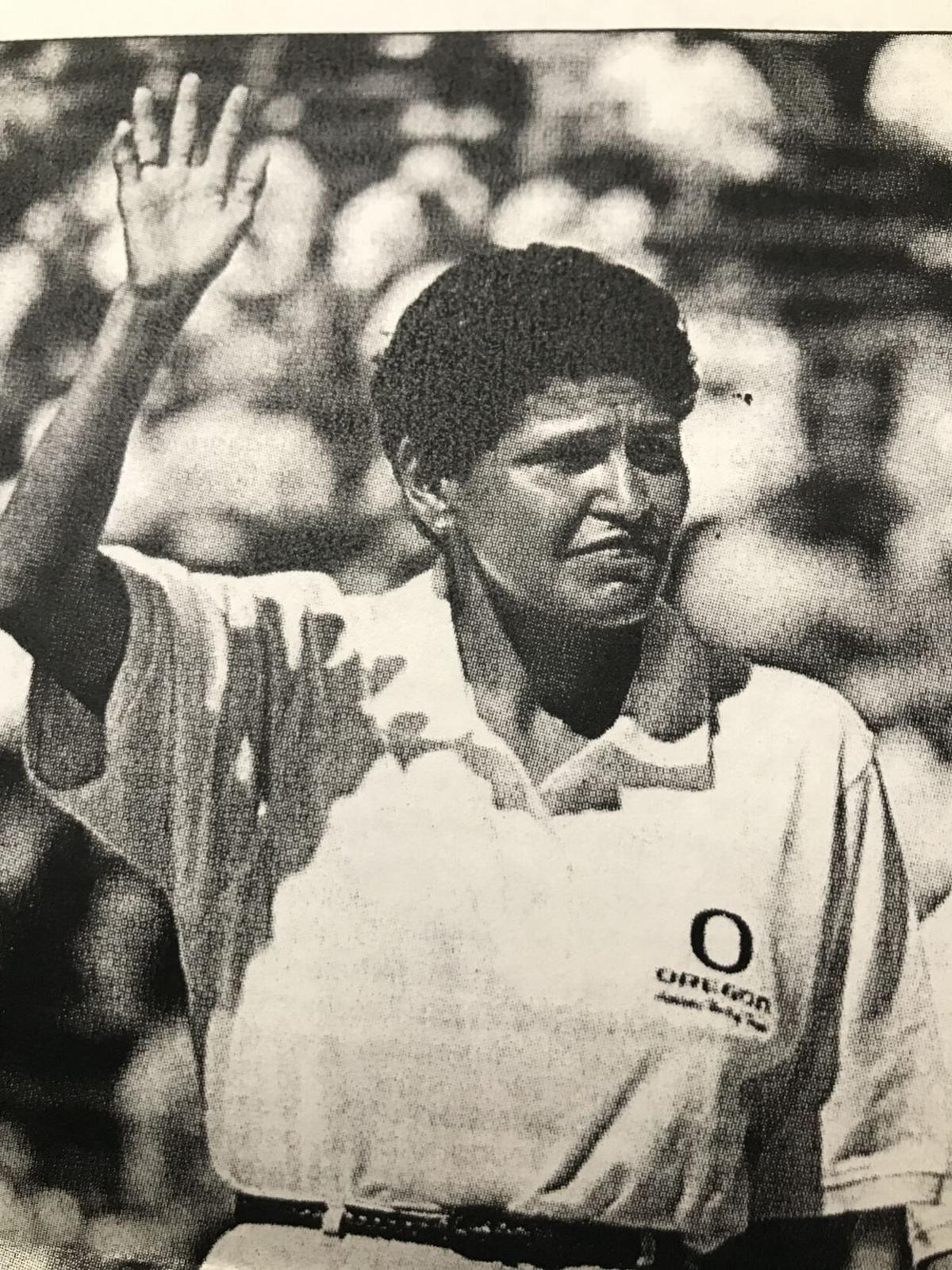 Rosa Gutierrez achieved All-American honors in track and field for the University of Oregon women. 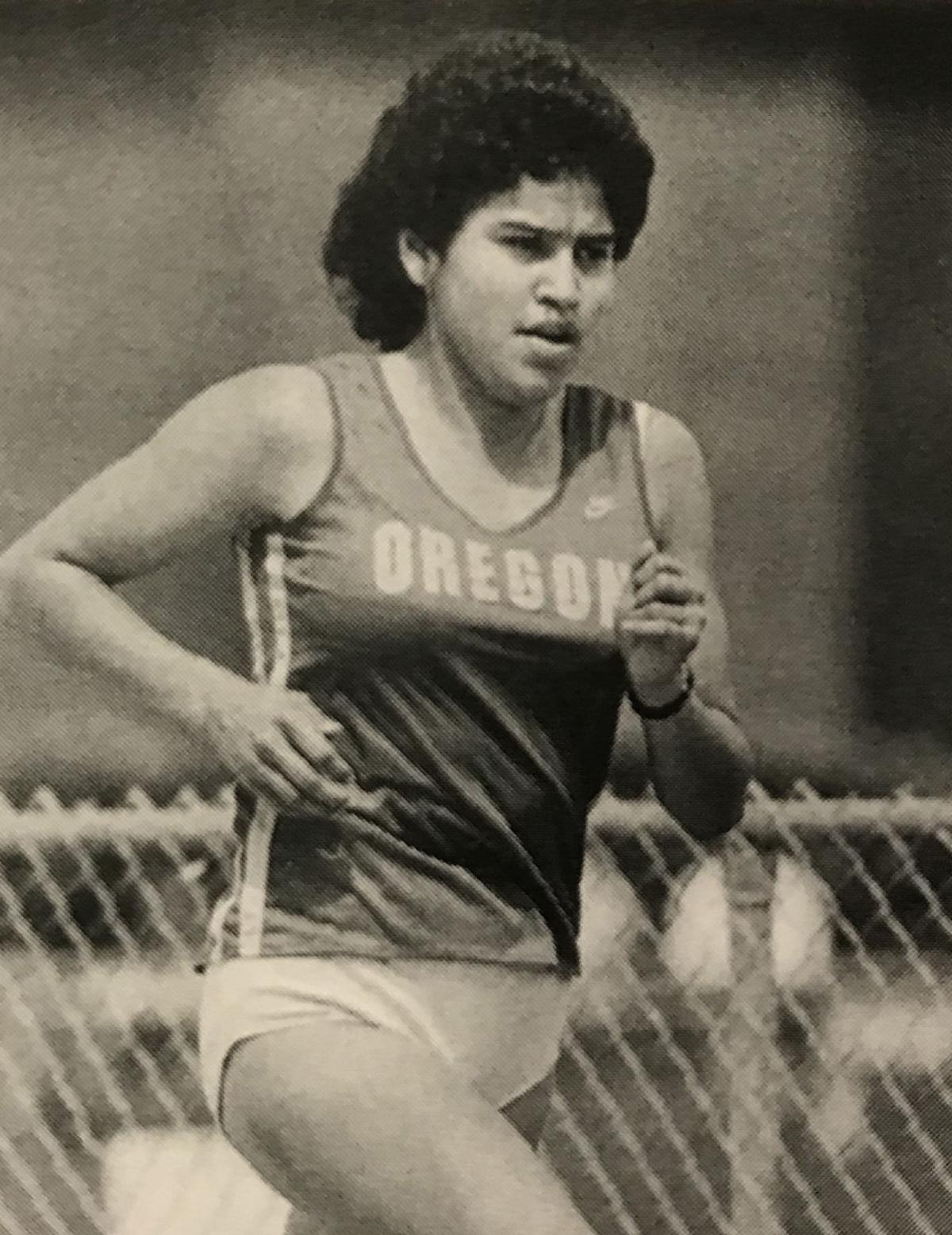 Rosa Gutierrez achieved All-American honors in track at the University of Oregon. She was also part of the UO women’s track and field team that captured the 1985 national championship.

Rosa Gutierrez has continued running since what she considered her last competitive race, the 2004 U.S. Olympic marathon trials.

Rosa Gutierrez achieved All-American honors in track and field for the University of Oregon women.

Rosa Gutierrez achieved All-American honors in track at the University of Oregon. She was also part of the UO women’s track and field team that captured the 1985 national championship.

With 10 individual state championships in cross country and track at Glendale High School to her name, Rosa Gutierrez is right at the top as the best female distance runner Douglas County has ever produced.

Gutierrez, now 56, went on to achieve All-American honors in track at the University of Oregon. She later made an impact on kids’ lives by teaching and coaching at Glendale and at two schools in San Jose, California, where she currently lives.

“I’m passionate about my relationship with Jesus,” she said. “I’m open to what God has for me.”

Gutierrez, the daughter of Jesus and Carmen Gutierrez, grew up in a large family in Glendale consisting of three brothers and eight sisters.

“I see Glendale as a positive influence in my life,” Rosa said. “As a hispanic family, culture was important and we stuck together. My dad worked very hard. We weren’t well off, but we felt supported by the community.

“I have great memories of my childhood, hanging out with friends and playing sports. A lot of family members played sports, that’s what we did. Glendale did so much for me personally, supporting me as an athlete and runner. It opened doors for me.”

When Gutierrez joined the Glendale High cross country program in the fall of 1977, little would the community know how special of a runner she would become.

Well, Rick Wright had an idea. The then-Glendale cross country coach proved to be an ideal mentor for Gutierrez through her high school years.

“Mr. Wright and my brother (Rogelio) were good friends,” she said. “I believe he saw me running in junior high. Glendale didn’t have a girls (high school) cross country team at the time.

“My brother said he’d buy me running shoes. I went out for cross country and was the only girl running, but I loved training with the boys. I was doing the same workouts as the boys, and had to work hard just to keep up.”

“It was nerve wracking,” she said of her state debut. “I started out too fast and paid a price, but learned from that race.”

Gutierrez wouldn’t lose another state cross country race, winning three consecutive championships from 1978-80. Her best time was 10:50.7 as a junior.

“I loved to run, and Mr. Wright developed my love to run,” Gutierrez said. “He took me home from practice every day, he’d take us out on different trails. He kept me focused on what I needed and stuck with it, and he was able to coach me the way I needed to be coached.

“I don’t know if I would’ve run in college if it wasn’t for Mr. Wright. I trusted him and was grateful to have a coach who was helping me with something I loved to do. He helped me reach my potential. It was just a wonderful relationship that blossomed as time went on.”

Gutierrez was also dominating on the track during the spring season, capturing four Class A titles in the 3,000 and three in the 1,500. Gutierrez helped the Glendale girls win the team title as a senior in 1981, anchoring the 4x400 relay to a sixth-place finish.

“It was my last year competing in high school and winning the state (team) championship was tremendously exciting,” Gutierrez said. “Having my sister (Connie) along was a blessing.”

Rosa enjoyed playing basketball as well. She was a first-team all-Big Fir League guard for the Pirates, coached by Sandy Davis.

Gutierrez received a partial scholarship from UO and ran cross country and track for the Ducks. Her career there was slowed by injuries.

“I redshirted one year and my freshman year was probably my best year,” Gutierrez said. “It felt like I was on a roller coaster ride. I overtrained after my freshman year, but I still had some great years and I’m grateful to Tom Heinonen (the women’s head coach at the time). The whole journey was incredible, even during the setbacks.”

“I knew I wasn’t going fast enough,” she said, assessing her performance. “That race felt out of control. I was disappointed and felt that was the closure to running competitively.”

Gutierrez still runs to this day.

“I’ve been doing more running since the coronavirus hit,” she said. “It opened the door for me to go back to Glendale for five weeks (this summer) and spend some time with my nieces. My health is good, and I thank the Lord for that.”

Gutierrez returned to Glendale in 2000 to teach at the junior high and coach cross country and track at the high school and help care for her ailing parents. Her mother passed away in 2001 and her father died in 2002.

Rosa still has family members in Glendale and Myrtle Creek.

Gutierrez was laid off in 2010 and went into ministry, sharing the gospel at the 2012 London Olympics and 2016 Rio de Janeiro Games in Brazil.