Starting at
$0.99 for 1 day
Get Started
View all rates
You are the owner of this article.
Edit Article Add New Article
You have permission to edit this article.
Edit
Welcome, Guest
N-R
NEWS
Coronavirus
SPORTS
OPINION
LIFE
ENTERTAINMENT
BUSINESS
OBITS
CLASSIFIEDS
1 of 7

The Morris family, from left, sons Wyatt, Tristan, Mason, with Sophia and her husband, David. 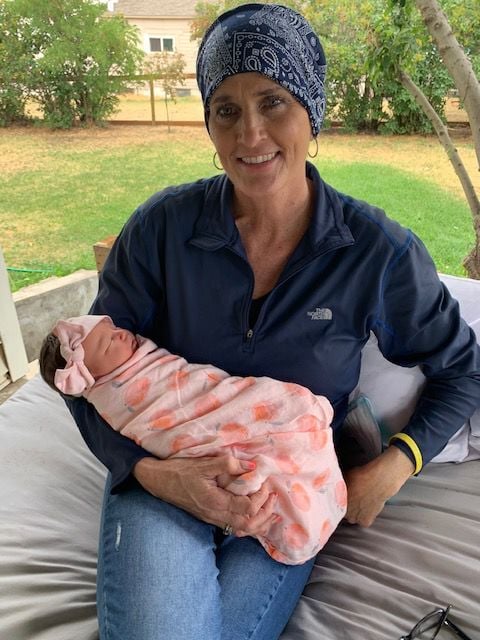 Sophia Alexander-Morris is shown with her first biological grandchild, Caliber, the daughter of son Wyatt. 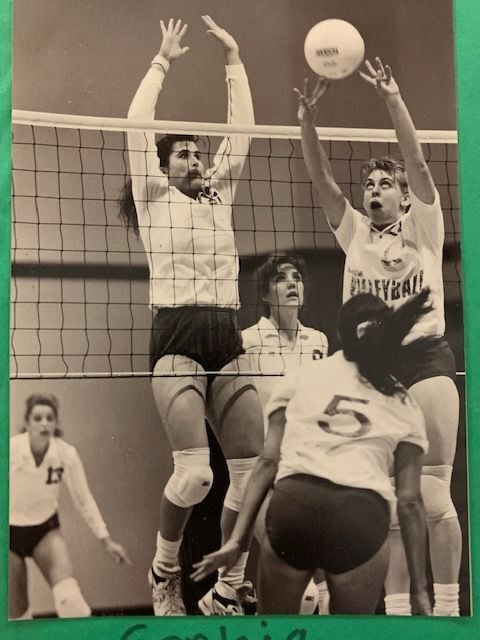 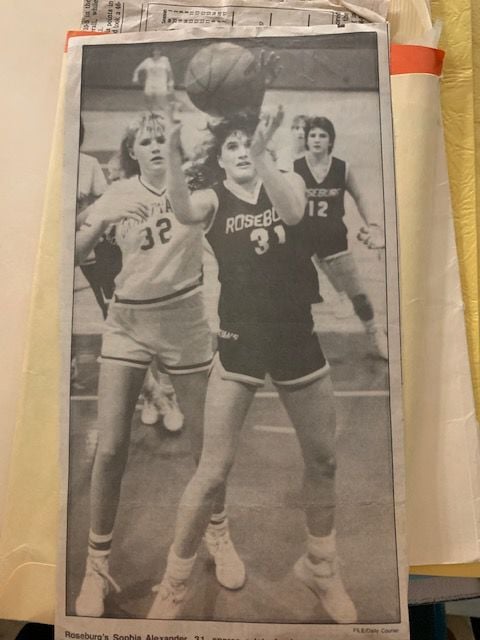 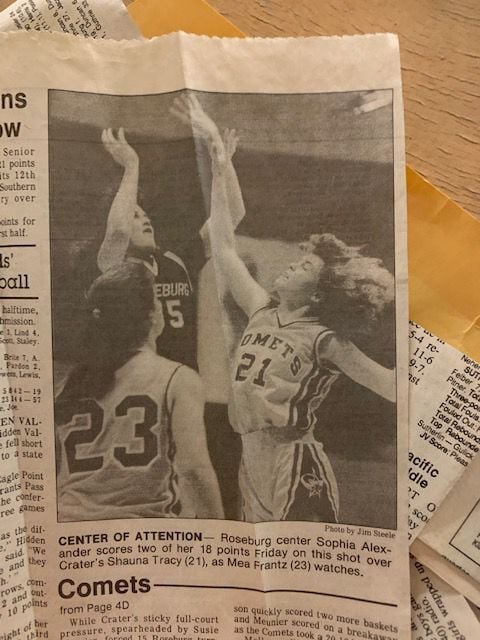 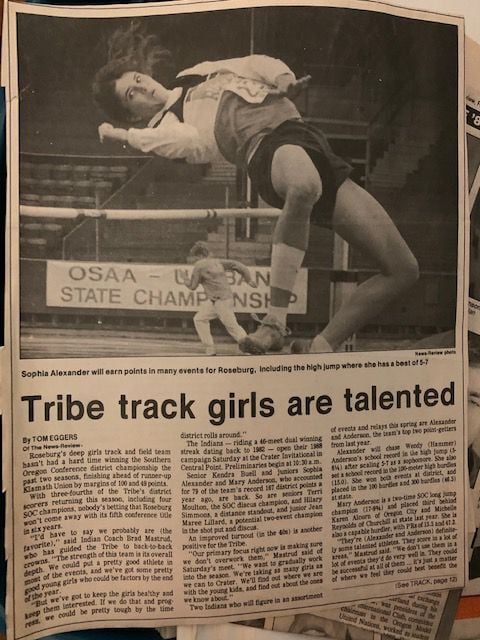 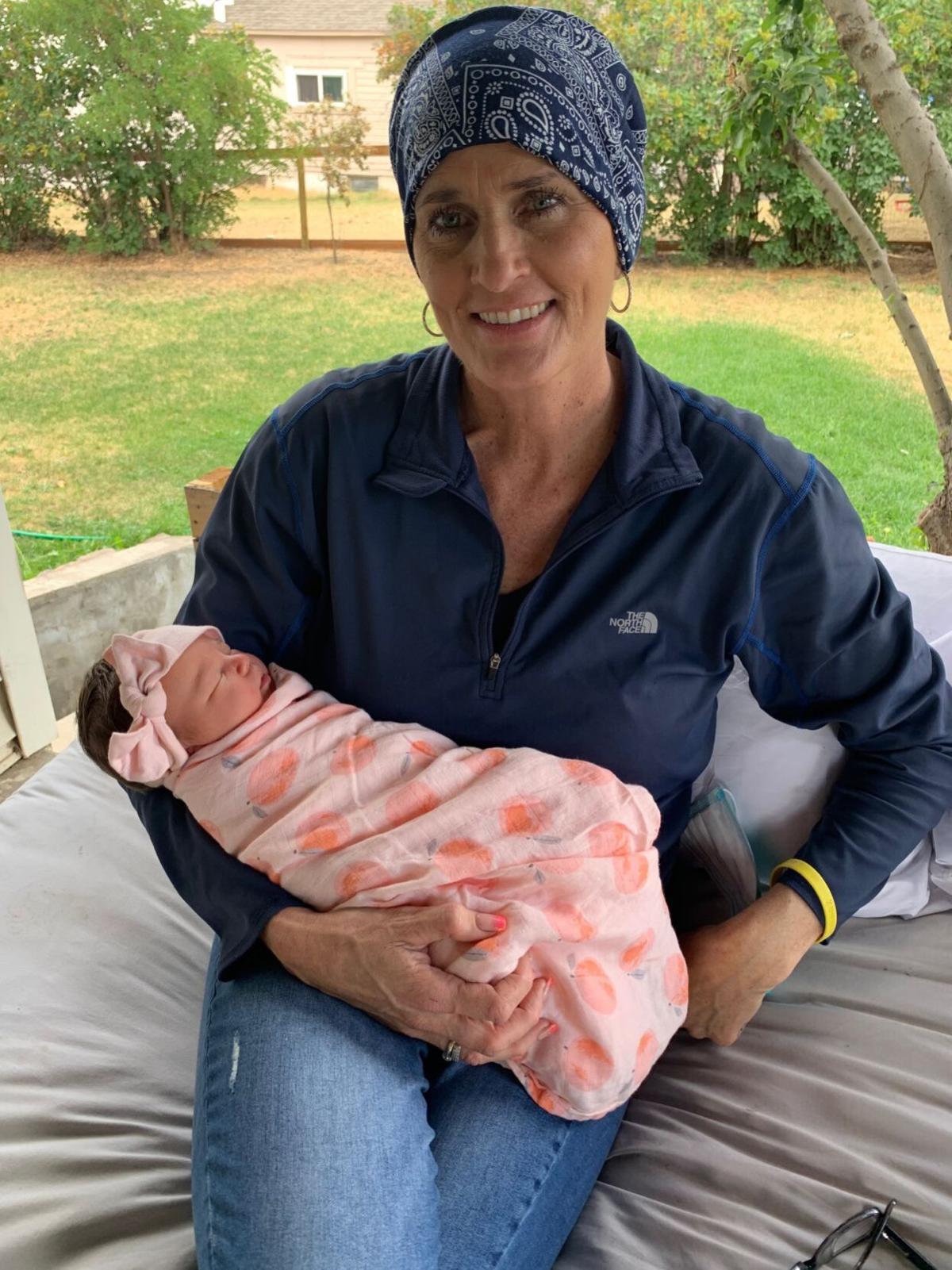 Sophia Alexander-Morris is shown with her first biological grandchild, Caliber, the daughter of son Wyatt. Alexander-Morris, who is battling cancer, is still the school’s all-time rebounding leader in basketball who also owns many of the school’s top track and field marks.

The Morris family, from left, sons Wyatt, Tristan, Mason, with Sophia and her husband, David.

Sophia Alexander-Morris is shown with her first biological grandchild, Caliber, the daughter of son Wyatt.

Sophia Alexander-Morris is shown with her first biological grandchild, Caliber, the daughter of son Wyatt. Alexander-Morris, who is battling cancer, is still the school’s all-time rebounding leader in basketball who also owns many of the school’s top track and field marks.

When you talk about the best all-around female athletes in Roseburg High School history, Sophia Alexander-Morris would be among the first names to enter the discussion.

The 1989 RHS graduate was a standout in volleyball, basketball, and track and field.

The 6-foot-1 left-hander signed with the University of California in Berkeley to play basketball. After one season there, she returned to Roseburg and joined the Umpqua Community College volleyball and basketball teams.

Alexander-Morris ended her athletic career at Portland State University, where she was a member of the Vikings’ 1992 Division II national championship volleyball team.

“I had a great experience at Roseburg,” Alexander-Morris said. “Roseburg was pretty strong in sports back then, I’m glad I went to school when I did. Competing in sports made me a better all-around person. The discipline, interaction, responsibility, people counting on you ... there’s a lot that goes with it and a lot you learn.

“My teammates were great, I liked my coaches. No regrets.”

Fast forward to 2020. The 49-year-old Alexander-Morris, who lives in John Day, is a wife, mother and grandmother and is dealing with a form of cancer.

She was involved in plenty of battles on the court and on the track during her athletic career, but myoepithelial carcinoma — a rare malignant tumor that usually occurs in the salivary glands in the mouth, but can also occur in skin and soft tissues — is the biggest one yet.

Alexander-Morris discovered a lump under her left armpit last April.

“I’ve done six chemo (treatments), and it’s been tough,” Alexander-Morris said. “I have good and bad days, it messes with you mentally but you have to fight through it. I’m optimistic ... I try and stay strong about it because I want to see my kids grow up. I have a very good support system and I’m not going to let this beat me.”

Her support system includes David, her husband of 23 years, and sons Wyatt, 21, Tristan, 19, and Mason, 16. Mason is a junior at Grant Union High School.

“I have plenty of motivation around me,” Alexander-Morris said. “A lot of friends have reached out to me and it’s been nice.”

Alexander-Morris was born in Long Beach, California, but her family moved to Roseburg when she was in the second grade. The Alexanders moved to Iowa in Sophia’s seventh-grade year, but returned to Roseburg two years later.

It didn’t take long for Alexander-Morris to make her presence felt in sports at RHS.

She was a two-time first-team all-Southern Oregon Conference selection in volleyball for Nora Eaton’s Indians, helping them win 59 matches from her sophomore year on.

“I never played volleyball prior to high school,” Alexander-Morris said. “I enjoyed playing three sports. Hands down, I’d do it again.”

In basketball, Alexander-Morris made first-team all-conference three times. She was a third-team all-state selection as a senior.

The Tribe shared the 1987 SOC title with Crater, forcing a playoff with an automatic berth to the state tournament on the line. Morris came through with a 21-point performance as eighth-ranked Roseburg handed the Comets a 64-56 loss.

The Indians went 1-2 in the state tournament, finishing 20-6 overall under John Thomas.

“I was very competitive,” Alexander-Morris said. “Being left-handed was an advantage.”

Alexander-Morris averaged 13.1 points a game during her Roseburg High School career. She still remains the school’s career leader in rebounding (633), is second in blocked shots (96) and third in points (947).

Meg Salness and Alexander-Morris were named the top players in RHS girls basketball history by The News-Review in 2004.

Alexander-Morris shined in track as well. She was a four-time state placer, finishing as high as third in the 100-meter hurdles in 1989.

Alexander-Morris headed to the Bay Area to begin her college career and play basketball at California, becoming the first RHS female athlete to get a full ride to a Division I school. But she left after one season.

“I got a few minutes a game,” she said. “I got in a car accident, and had to do rehab on my back. I think it was too much for me (in Berkeley), I probably should’ve went to a JC coming out of Roseburg. I didn’t feel like I fit in.”

“I played volleyball to get in shape for basketball,” Alexander-Morris said. “It went well.”

The basketball team finished 26-4 overall, taking third in the 1992 NWAC tournament. Alexander-Morris was a first-team all-tournament selection and was selected the co-MVP of the South Region.

Alexander-Morris transferred to Portland State and joined its highly-successful volleyball program. She was a member of the 1992 team that finished 36-1 and won the Division II national championship under Jeff Mozzochi.

Alexander-Morris played on the 1993 PSU club that was coached by Cathy Nelson and finished third in the nation.

“That was a great experience (playing at PSU),” Alexander-Morris said. “I still keep in touch with half of those girls.”

Alexander-Morris coached volleyball at Grant Union for two years, but gave that up because she didn’t want to miss out on her kids’ activities. She met her husband, who’s a guide outfitter, at an outdoor show at the Douglas County Fairgrounds.

They had their first son, Wyatt, in 1998. He attended Roseburg High as a freshman before the family moved to Eastern Oregon in 2015.

Their sons have been involved with sports. Wyatt, a Pendleton graduate, and Tristan, who graduated from Grant Union, played basketball and baseball. Mason participates in basketball, baseball and track.

“We didn’t have to push them to do anything (sports-wise),” Alexander-Morris said. “I’ve loved watching them play sports.”