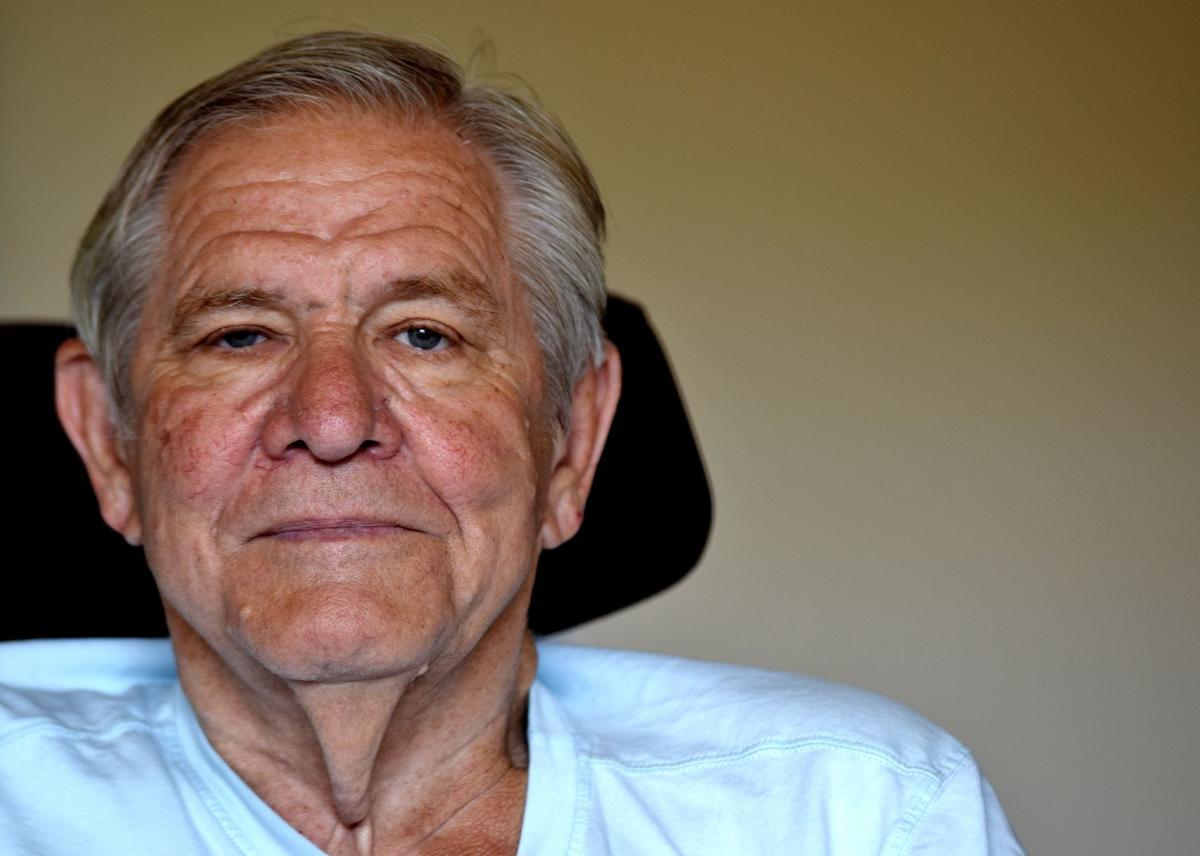 With a coaching career that spans close to four decades, Gene Forman has solidified a legacy among Oregon’s coaches in spite of the adversity he faced at the beginning of his coaching and teaching career. 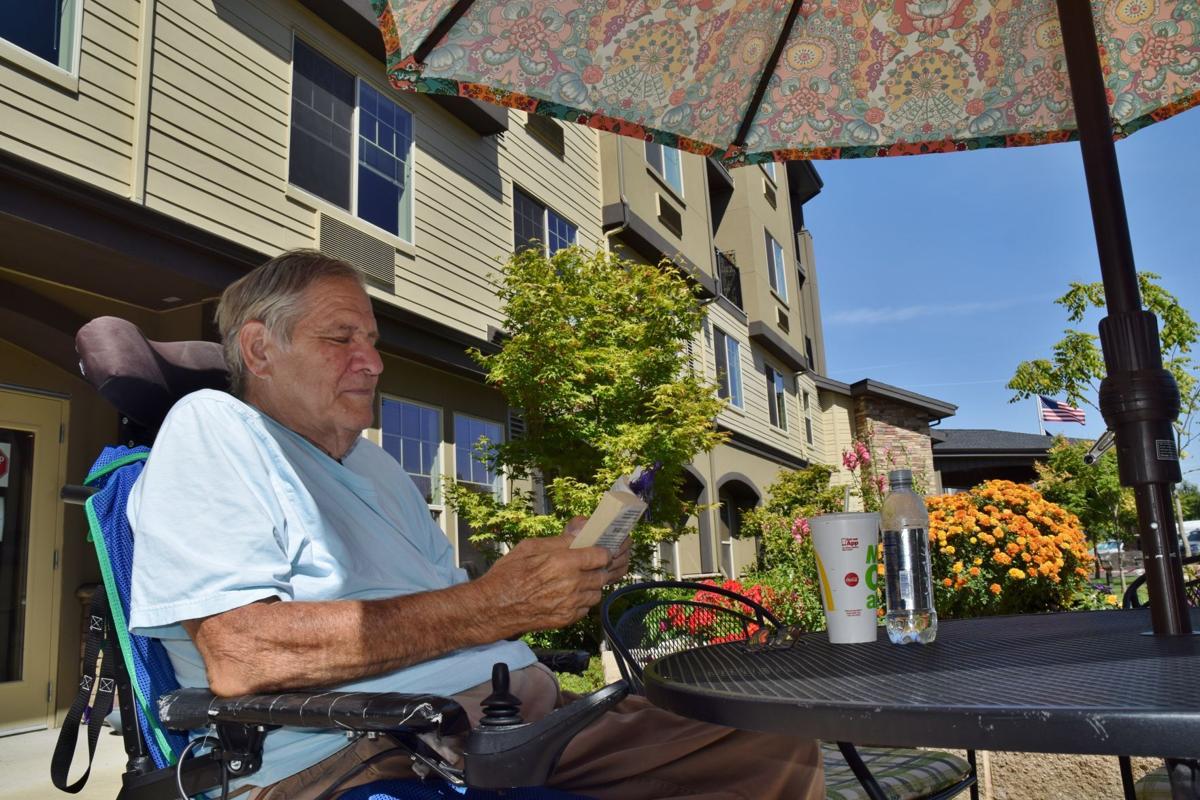 Gene Forman reads a book at his home in Keizer. The former Days Creek and Riddle coach compiled a 180-140 coaching record on the football field and also coached basketball and track and field. 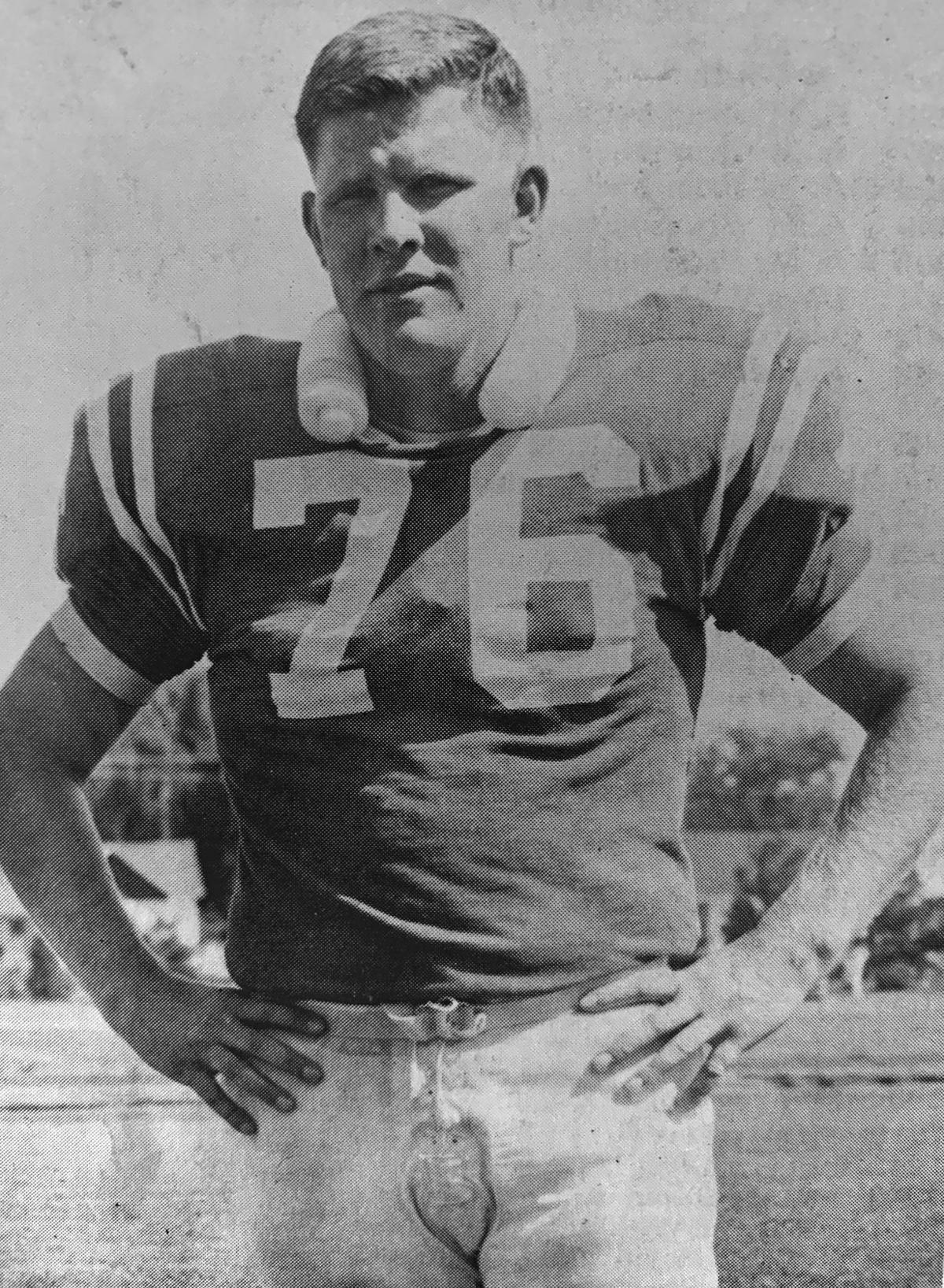 Gene Forman received All-American accolades as a lineman at Linfield College before he lost his ability to walk after a car accident in 1966. 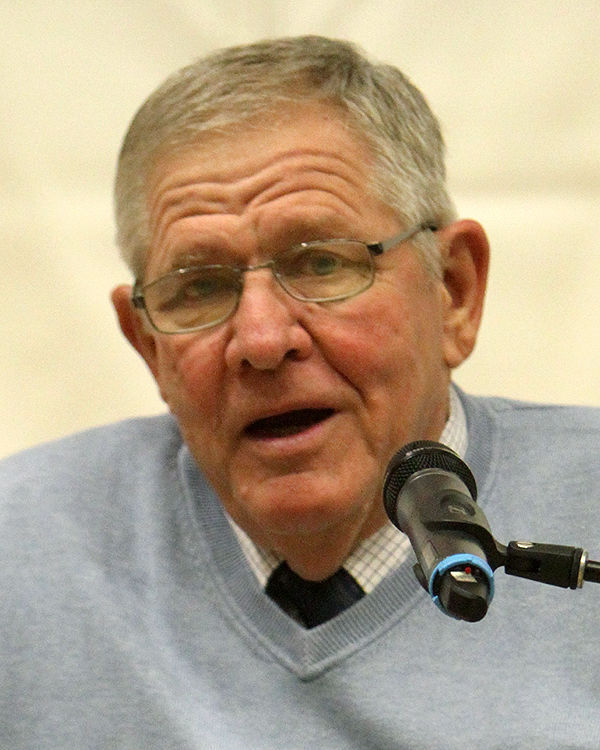 With a coaching career that spans close to four decades, Gene Forman has solidified a legacy among Oregon’s coaches in spite of the adversity he faced at the beginning of his coaching and teaching career.

Gene Forman reads a book at his home in Keizer. The former Days Creek and Riddle coach compiled a 180-140 coaching record on the football field and also coached basketball and track and field.

Gene Forman received All-American accolades as a lineman at Linfield College before he lost his ability to walk after a car accident in 1966.

Gene Forman has some extra time on his hands these days.

The 76-year-old, who has been retired from teaching and coaching for the past several years, loves reading. He admits he’s lost count of all of the books he’s read, nor can he pinpoint a favorite author.

It’s enough of a pastime for the former football, basketball and track and field coach that he’s plotted out a place at his Keizer residence to jump into books for hours on end. It’s a table with a shade umbrella outside of Bonaventure at Keizer Station, an assisted-living facility that sits a deep post pattern from Interstate 5 and Keizer Station shopping center.

He joked with residents as they passed by on their afternoon walks as some of the staffers came by regularly to check on him. Forman, being the man he is, often tries to return the favor or, at the least, offer to.

“You’re going to be busy, right?” Forman said to a staffer, one of dozens adhering to the face-covering mandate Oregon Gov. Kate Brown implemented back in August to help curtail the spread of the new coronavirus. “Let me know if you need any help.”

Forman, who was the head football coach at Riddle and Days Creek for a combined 33 years (19 at Riddle, 14 at Days Creek) has been bound to a wheelchair for much of his life. He broke his neck in 1966 in an automobile accident while he was a football player at Linfield College in McMinnville.

The crash not only ended his playing career after he earned NAIA All-American honors in football, but it severed his prospects of playing football professionally. The 6-foot-4, 260-pound lineman was a three-time letterman and was getting looks from the NFL’s Dallas Cowboys, who Forman said held their preseason workouts at Linfield at the time.

He eventually regained some movement below the waist, giving him enough independence to drive a car and move around independently with minimal help. Forman said doctors, however, recommended he transition from a manual, folding wheelchair to a power wheelchair as early as 15 years ago — a move he said he’d rejected for some time since he always wanted to retain his upper-body strength.

That changed five years ago after Forman’s retirement and he and his wife, Jackie, purchased a house in Dallas west of Salem. Doctors had to amputate Forman’s left leg from the knee down after an infection was found on his foot, and Forman’s age and decreased mobility prompted his move to the assisted living facility in Keizer, where he could receive around-the-clock care and medical attention.

He might be delving into more books this fall and winter. Being close to sports, or at least paying attention to them, had been one of Forman’s primary sources of entertainment.

Kelly Bird, the sports information director at Linfield, said Forman attends nearly all the Wildcats’ home football games. Forman also attended the last state championship baseball games played at Volcanoes Stadium in 2019, but he wasn’t able to this year after the Oregon School Activities Association pulled the plug on prep sports due to the COVID-19 pandemic.

Instead, he has countless amounts of former coaches, players and teachers who check in on him often. He also has favorite memories of players, coaches and games from when he was on the sideline — among them being when he guided Riddle to the 1981 Class A state championship football game. Another was in 1996 when he guided Days Creek to the eight-man football state title game, which came two years after the Wolves went 0-9 in his first season at the helm.

Ron Dunn, who was at the beginning of a longtime stint as Days Creek’s athletic director, still remembers the conversation he had with members of the hiring committee in 1994 concerning talks of hiring Forman, whose final season at Riddle came in 1991.

“There was some concern over his approach (at Riddle),” Dunn said. “He’s pretty old school, and there was some talk about how he was too tough on kids and too strict.

“I chimed in at that point and asked, ‘Here’s what I need to know. Can the guy coach football?’” Dunn continued. “Everyone agreed that he could. Now, I can honestly say that’s probably one of the best coaching hires I ever made, and ... I think he changed the way he approached things when he came in. And there was a big difference. That first year he was there, that team didn’t play like an 0-9 team.”

Years later after he’d finished serving as a head coach, he showed he could make great teams even better — even state championship teams. Eli Wolfe, the former head football coach at Camas Valley, convinced Forman to come on as an assistant coach the year after the Hornets in 2011 won the first of two consecutive state titles.

“We always took an approach of flying to the ball, being aggressive and outhustling everyone on the field,” Wolfe said. “With Gene, it was more than that. He had a step-by-step approach. Step one, you do this. Step two, you do this.

“He helped improve the technique with our kids and helped them get to even another level.”

Yet even today, Forman can still maintain a humble persona while mixing some sarcasm in.

When asked if he misses coaching, Forman replied: “Yeah, a little. If there was one sport I could go back to coaching it would be basketball. That way you’re always in the gym and your wheels don’t get all muddy.”

When asked if he has any regrets: “Not at all. I’m sure all the parents of all of the kids we coached agreed with absolutely everything we did.”

It was his coaching, however, that inspired his college alma mater — he graduated from Linfield in 1967 — to create the Gene Forman Inspiration Award, which is given to a current or former student athlete who has demonstrated the ability to persevere in the face of extreme adversity.

In 2015, Forman was the first recipient of the award named for him. Regardless, he looks on with humility in spite of the stellar accomplishments many of his former students, and student-athletes, have had.

“It’s been nice to be able to stay in touch with so many people over time,” he said. “Some of them managed to be pretty successful, even if I was the one coaching them.”

Jon Mitchell is a page designer, photographer and writer for The News-Review. He can be reached by phone at 541-957-4214, or at jmitchell@nrtoday.com. Or follow him on Twitter

Family: Jackie, wife of 30-plus years

Current profession: Retired. Was the head football coach at Riddle and Days Creek high schools, where he was also a teacher.

High school highlights: Compiled 180-140 overall record in 33 years as a head football coach, including 19 years at Riddle (101-83) and 14 years at Days Creek (79-57). Led each team Led Riddle to 1981 Class A state championship game. Led Days Creek to 1996 state title game two seasons after Wolves finished 0-9. ... Also coached basketball at Riddle and served as head track and field coach at Days Creek, coaching multiple state champions. ... In 2015, he was honored by Linfield College when the institution began the Gene Forman Inspiration Award, which is given to a current or former student-athlete or coach who demonstrates profound perseverance in the face of adversity.