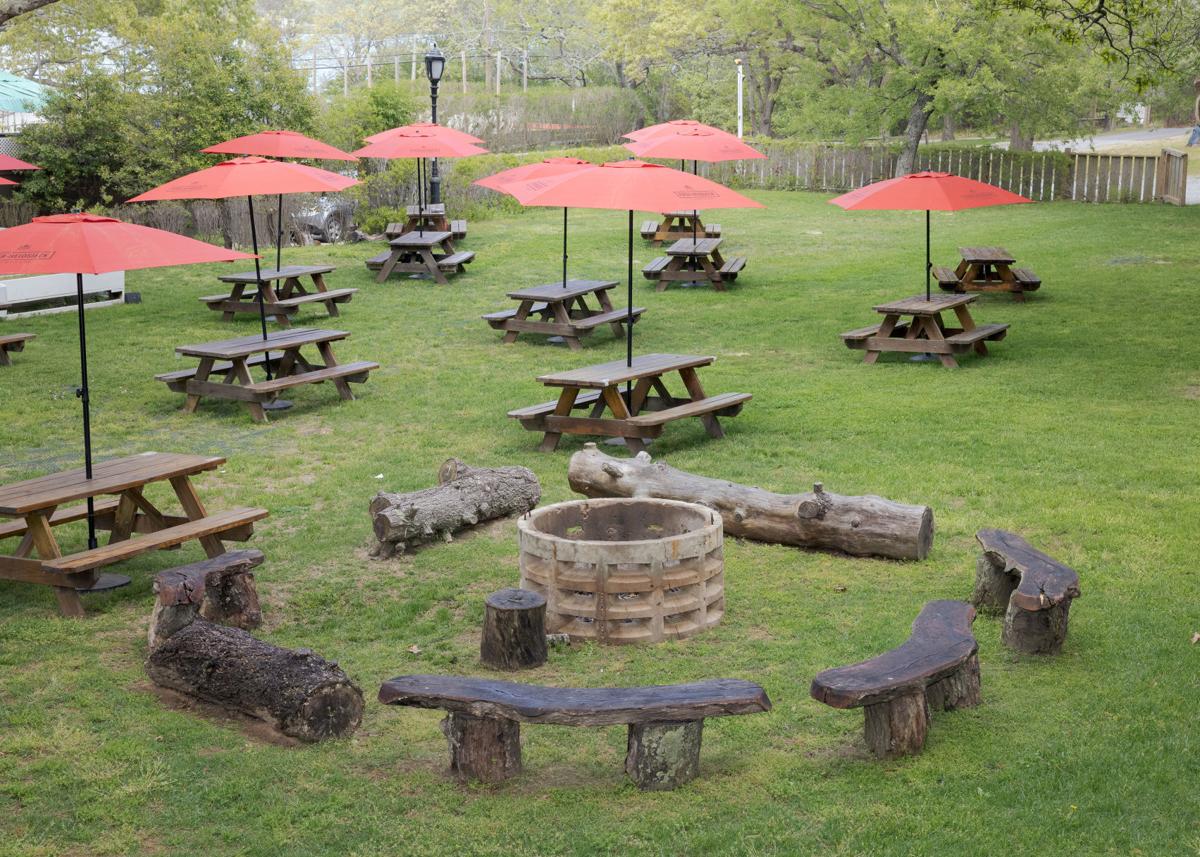 The lawn at Ruschmeyer’s, a popular party spot in Montauk, New York. While other resort towns are gearing up for a post-pandemic summer of hedonism, Montauk is invoking the proverbial ‘abundance of caution’ and tamping down on the fun. 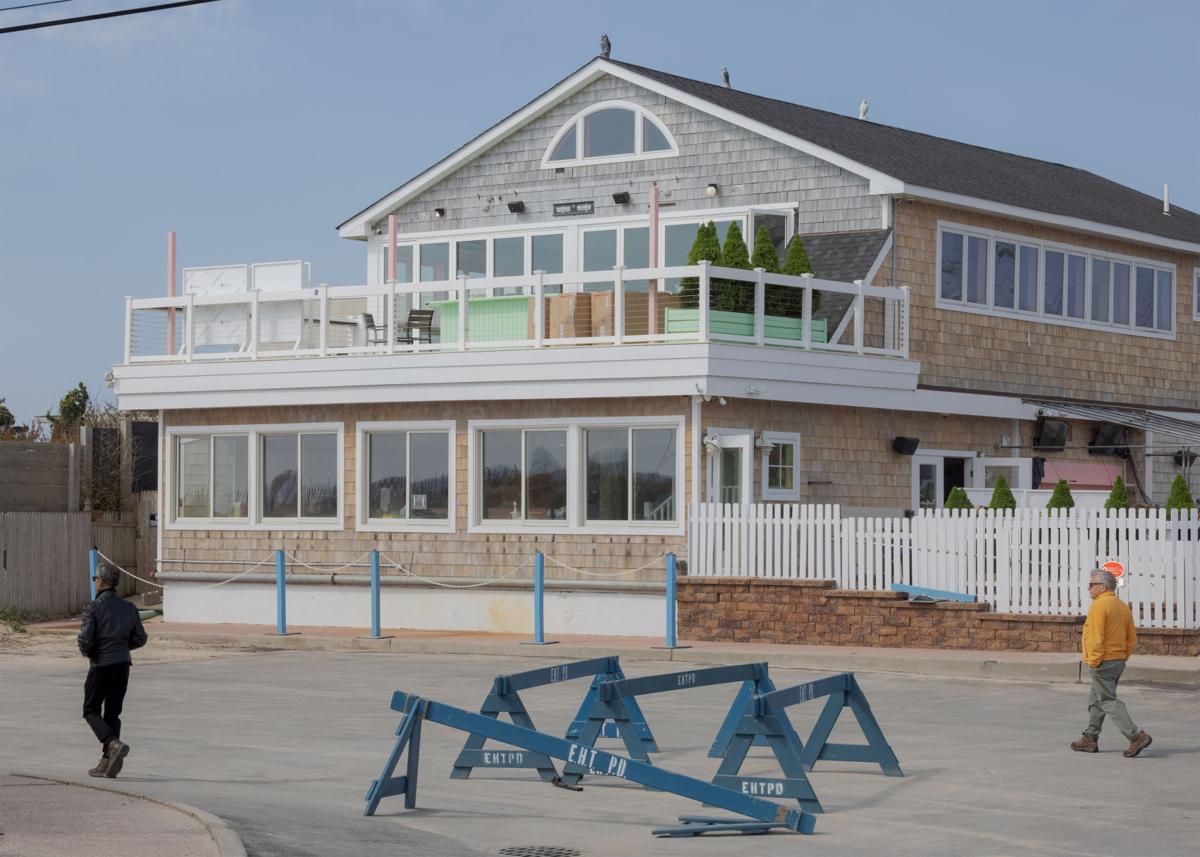 Bounce Beach Montauk, formerly the Sloppy Tuna, in Montauk, N.Y., May 21, 2021. While other resort towns are gearing up for a post-pandemic summer of hedonism, Montauk is invoking the proverbial “abundance of caution” and tamping down on the fun. (Pat O’Malley/The New York Times) 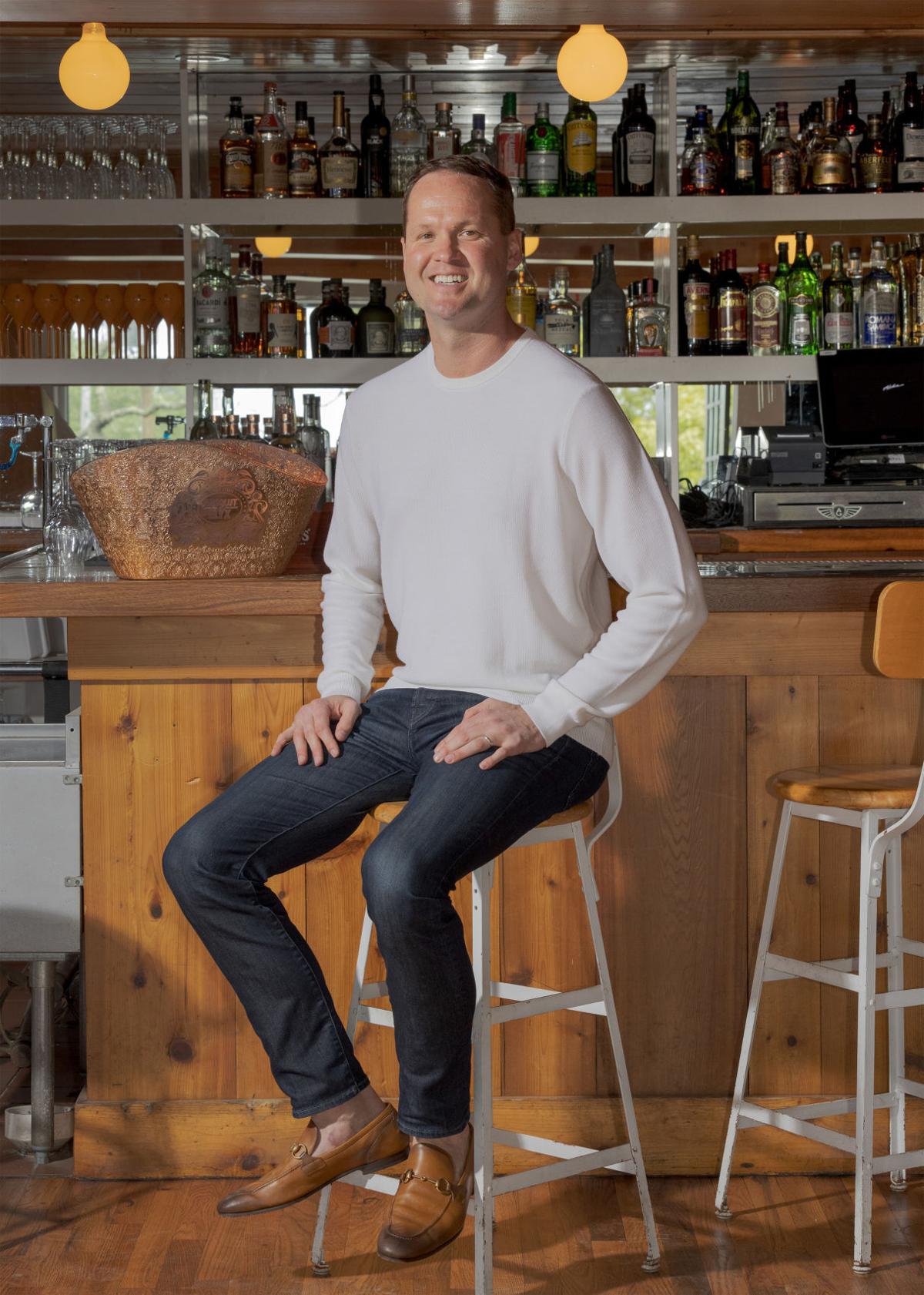 Jeremy Morton, the new owner of Ruschmeyer’s, a popular party spot in Montauk, N.Y., May 21, 2021. While other resort towns are gearing up for a post-pandemic summer of hedonism, Montauk is invoking the proverbial “abundance of caution” and tamping down on the fun. (Pat O’Malley/The New York Times)

The lawn at Ruschmeyer’s, a popular party spot in Montauk, New York. While other resort towns are gearing up for a post-pandemic summer of hedonism, Montauk is invoking the proverbial ‘abundance of caution’ and tamping down on the fun.

Bounce Beach Montauk, formerly the Sloppy Tuna, in Montauk, N.Y., May 21, 2021. While other resort towns are gearing up for a post-pandemic summer of hedonism, Montauk is invoking the proverbial “abundance of caution” and tamping down on the fun. (Pat O’Malley/The New York Times)

Jeremy Morton, the new owner of Ruschmeyer’s, a popular party spot in Montauk, N.Y., May 21, 2021. While other resort towns are gearing up for a post-pandemic summer of hedonism, Montauk is invoking the proverbial “abundance of caution” and tamping down on the fun. (Pat O’Malley/The New York Times)

Before 2020, it was impossible to miss a wooden beach bar in Montauk, in New York, called the Sloppy Tuna. Shoes and shirts were optional. Bikini-clad ladies and shirtless men would guzzle piña coladas on the deck. It was involved in numerous drug arrests and noise complaints.

Now that era has come to an end.

The space reopened this past weekend as Bounce Beach Montauk, part of an upscale sports club chain in Manhattan and Chicago. The old grungy surfboards are gone, replaced by shiny pastel ones. Wings and mozzarella cheese sticks are out; coriander crusted yellowfin tuna and prime New York strip steak are in.

And, at least for now, dinner reservations are a must, and dancing is restricted to one’s table.

“We are really trying to step away from that scene and transition to a new demographic that has grown up,” said Yosi Benvenisti, one of the owners.

While other resort towns are gearing up for a post-pandemic summer of hedonism, Montauk is invoking the proverbial “abundance of caution” and tamping down on the fun. By adhering to strict social distancing measures, even as bars and clubs reopen in New York state, town leaders and business owners hope to repel wild crowds and keep the shenanigans away.

The idea is not just to keep patrons safe but to turn this village at the east end of Long Island into a serene spot once again.

“The key words this summer are ‘low-key,’” said Jayma Cardoso, one of the owners of the Surf Lodge, a clubby hangout on Fort Pond that drew hordes of partygoers in designer dresses and fedoras, and was a high-profile target for residents who complained about noise and rowdy behavior.

This summer Surf Lodge will be reservation-only, and require guests to remain seated and not table-hop. There will be live music, but instead of John Legend, the performers will be little-known acoustic performers — at least for the first part of the summer.

Everything is being approached with caution.

“Are we never going to let somebody sit at the bar and have a burger and cocktail?” Cardoso said. “Eventually we will. We just don’t know when, and we don’t feel comfortable doing it now.”

The party scene in Montauk has been well documented, and some business owners are hoping that the pandemic offers a prime opportunity to pause the antics.

“Nobody wanted to use the experience we all went through last year to transition, but that is exactly what is happening,” said George Filopoulos, the owner of Gurney’s Resorts, which has two locations in Montauk.

Before the pandemic, the Gurney’s on Old Montauk Highway attracted a wild crowd on Saturday afternoons. Large groups guzzled magnums of rosé on canopied daybeds, and lines for the bathroom could take half an hour, a nuisance to hotel guests, who sometimes paid four figures a night for a room. The oceanfront hotel tried to restrict access, but crashers sneaked in off the beach.

“When my general manager, someone who is super important to the organization, has to spend his Saturdays in the parking lot politely telling people they can’t come to the beach, that isn’t a fun thing,” Filopoulos said.

With the party masses gone, nonhotel guests have gotten the message to stay away. Only those with a room key, restaurant reservation or membership card can use the facilities.

“Montauk in general is going to be a little more subdued, and we are excited about that,” he said. “I raise a family in Montauk in the summer, and I’m looking forward to focusing on what Montauk should be about: the geography and ocean and surfing.”

Likewise Swallow East, a harborside restaurant where reggae once blasted until 2 a.m., has been reimagined as La Fin Kitchen & Lounge, a French-inspired farm-to-table restaurant with St. Tropez vibes.

“This is the perfect time to put something new out there,” said Michelle Walrath, one of the restaurant’s owners. “There will be bottle service, but it will be served with our line of cold-pressed juices and healthy mixers.”

This might also be a smart move businesswise, as the summer crowd is likely to skew fancier and mellower this summer.

There is a shortage of rental properties in Montauk, which means that young beachgoers looking to come for a weekend are getting priced out by older, richer tenants.

Jordan Flerx, sales director at StayMarquis, a vacation rental company, said the supply of Montauk rentals has decreased 32% from 2019, mostly because of homeowners who are opting not to travel and are still using their homes as offices.

“There are only 680 properties available to rent in Montauk this summer,” compared with 772 last summer, Flerx said. “That’s compiled from Airbnb, VRBO, everything. It’s really a crazy number.”

Michael, 40, who lives in Manhattan and works in finance (his company did not give him permission to use his full name), usually rents a house in Montauk for at least a month. This year he couldn’t find a place.

“Take my office, for example,” he said. “It used to be that people in their 20s and 30s go to Montauk. Now it’s the managing directors who are working remotely and love that they can see a sunset from their balcony.”

“The people renting the houses don’t even want to talk to the young professionals, because they know they can do better,” he added.

Not all Montauk hot spots are ready to give up on the party scene.

Ruschmeyers, a former summer camp on Fort Pond that felt like an outdoor fraternity party in recent years, was purchased this spring by Jeremy Morton, a real estate developer.

“I think Ruschmeyers had this reputation of being defiant of the town, and it was a little reckless and loose,” Morton said. “We are going to tighten up the programming and have it be a little more responsible and a little more thoughtful.”

For the first half of the summer, entertainment will consist of comedy shows, and the indoor club will be sit-down only. But Morton hopes COVID restrictions will ease by July and that the frolicking masses will return.

“We still want to make sure we have as much fun as humanly possible,” he said.